When I’m having friends and family members around for a relaxed occasion, there’s nothing better than serving piles of chicken wings. They are the ideal addition to any buffet spread and are sure to be enjoyed by everyone from adults to kids and teens. Your slow cooker is the best device for cooking chicken wings, and it will make flavorful and perfectly cooked wings every time. Today I’ve compiled a selection of new recipes to try, all of which offer different seasonings and flavors for your next family gathering. 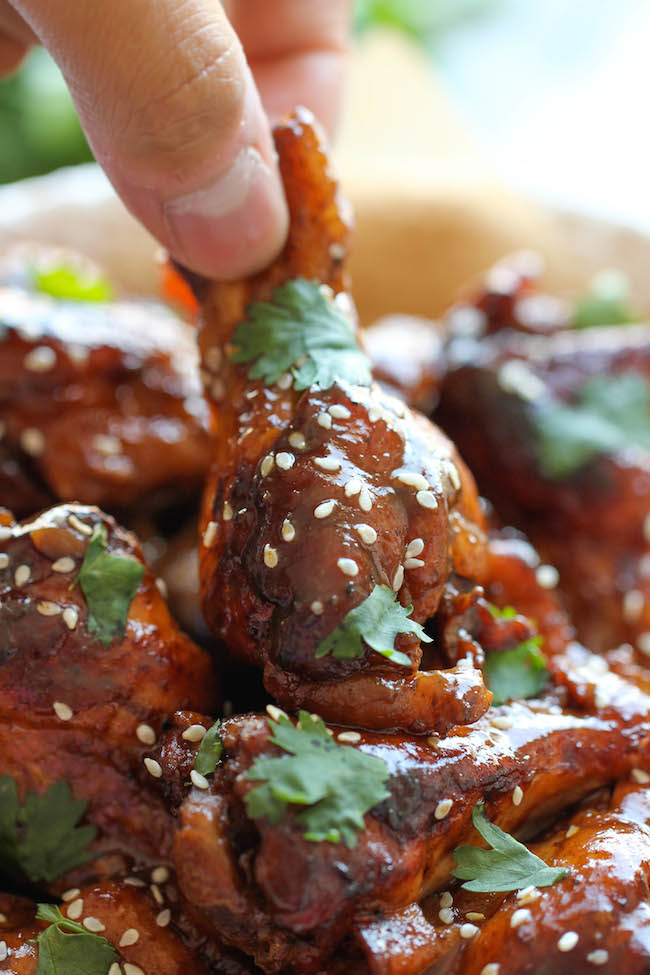 Damn Delicious shows us how to make these perfectly tender chicken wings that will literally fall off the bone. There’s so little hassle involved in this recipe, and you’ll simply throw everything into your slow cooker and let it work its magic. There’s no deep-frying or hot oil involved in this recipe, so you’ll just put all of your ingredients in and then start your device. The sauce combines soy sauce, balsamic vinegar, honey, and Sriracha, and you can add additional Sriracha to suit your tastes. Once cooked, you’ll want to serve these immediately with the leftover sauce and then garnish the wings with sesame seeds or cilantro. 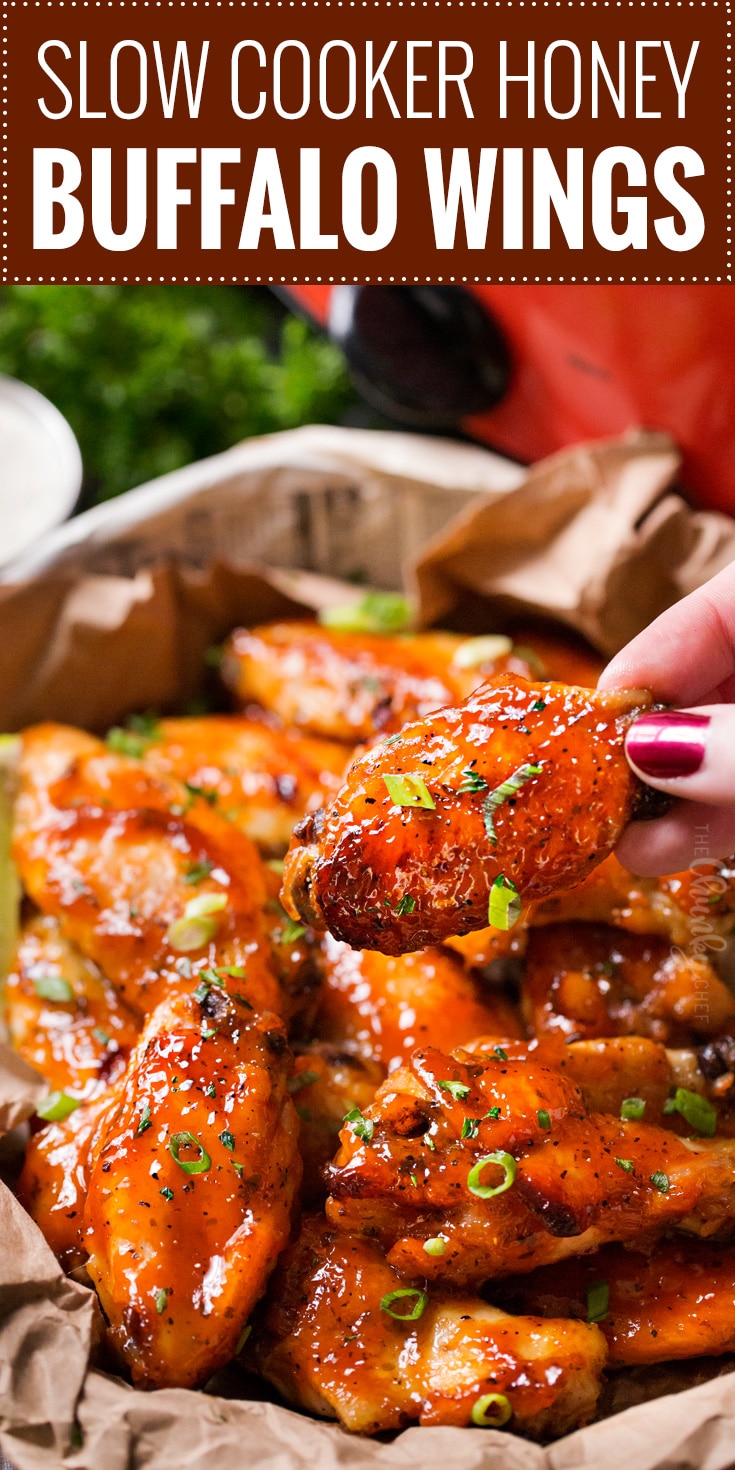 This recipe from The Chunky Chef creates sticky and juicy chicken wings that would go well with some ranch or blue cheese dressing. The sauce is not too overpowering, as it combines honey with the typical buffalo sauce to reduce the spice level. The honey will also help caramelize your wings as they cook. Once cooked, there are so many different ways you could serve these wings. You could add carrot and celery sticks or a variety of dipping sauces on the side. The cooking time for this dish is either two hours on a high setting or three to four hours on a low setting. 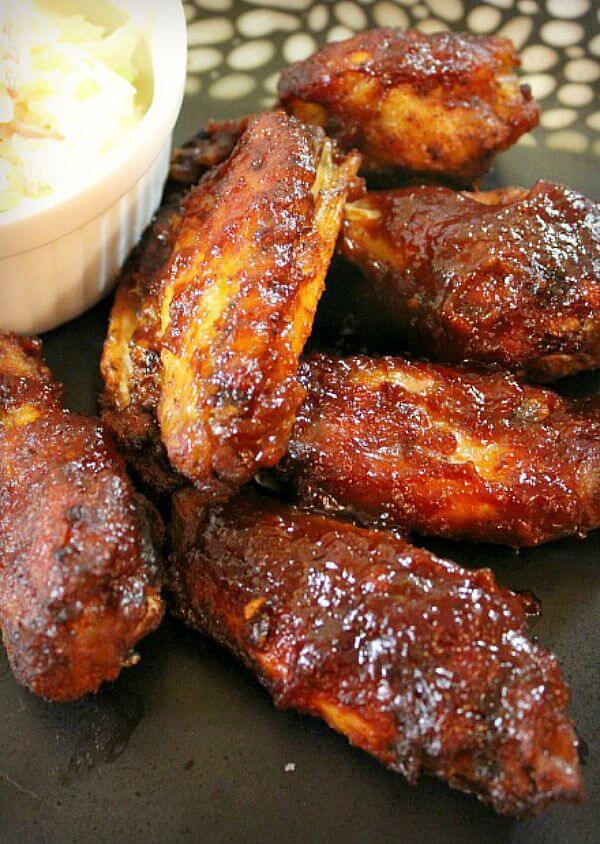 Barbecue is an all-time favorite flavor for chicken wings, and this slow cooker recipe from Good Dinner Mom will cook your wings to perfection. You’ll simply toss everything into the slow cooker, and then you can go about your day for a few hours while they cook. As far as the barbecue sauce, you can either use a store-bought sauce or create your own homemade one, as suggested in this recipe. While we are focusing on chicken wings today, you could also use this recipe with drumsticks and chicken thighs. 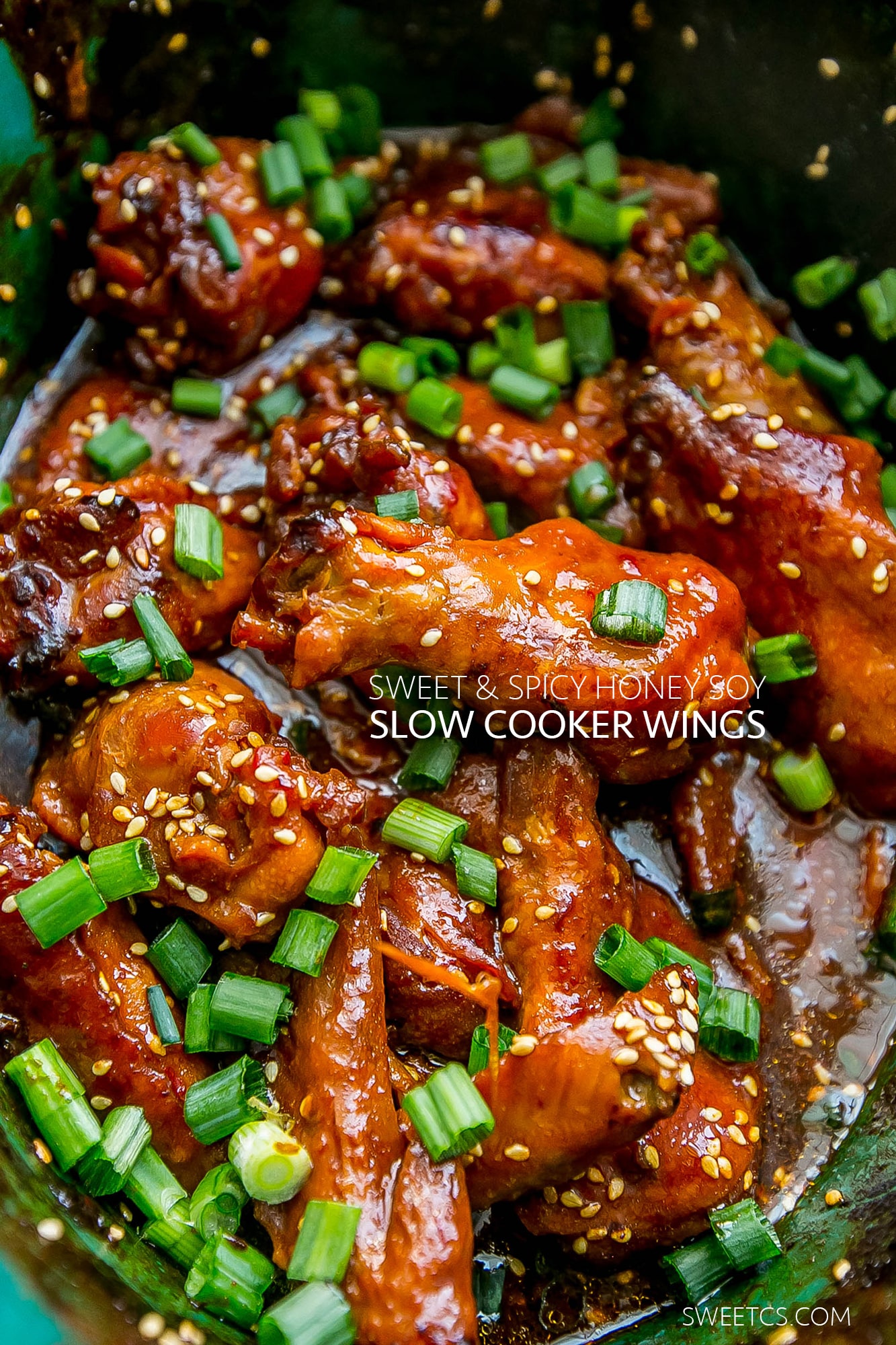 These chicken wings offer a balance of both sweet and spicy flavors, and you’ll just dump everything into your slow cooker and stir before leaving them to cook. They are a fantastic appetizer option and would be great for serving on a game day. These wings from Sweet C’s are sure to be enjoyed by your guests, who will love the Asian twist on your classic wings. The recipe combines soy sauce, chili paste, and spices, so you’ll enjoy plenty of flavor in each bite. For best results, stir the chicken around lightly every hour or so to make sure the sauce spreads evenly over each chicken wing. 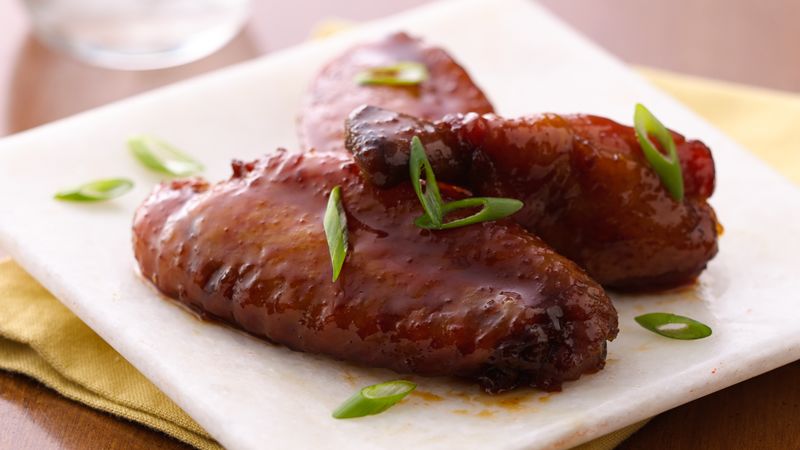 For a unique Asian-inspired chicken wing recipe, try out this dish from Betty Crocker. You’ll combine soy sauce, ginger, and pineapple juice, to make a fantastic appetizer or a complete meal by itself. The wings will take just minutes to prep, and then you’ll cook them for four to five hours in the slow cooker on the high setting. You’ll know the chicken is cooked if the juice runs clear when the thickest part of the wing is cut to the bone. 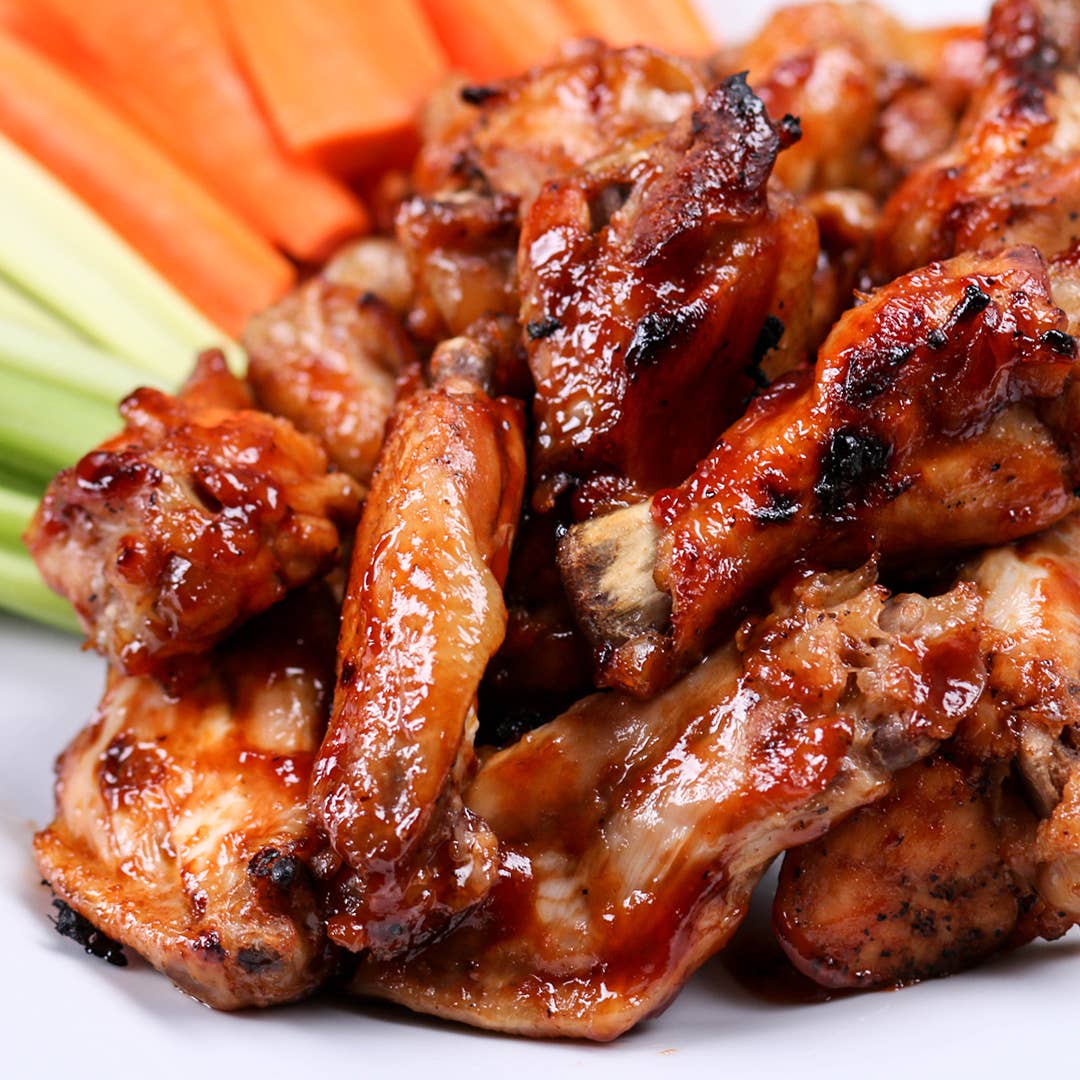 Root Beer adds a unique touch to this recipe from Tasty. You’ll start by seasoning your wings with salt and pepper before adding them to the slow cooker. You’ll then cover them with BBQ sauce and root beer, and you can leave the slow cooker to do its work. This recipe requires you to use the low setting, and they’ll take four hours to cook. Once cooked, for best results, you’ll want to place the wings under a broiler for about ten minutes to finish, with a sprinkle of brown sugar and more BBQ sauce on top. This recipe involves minimal work or effort, and when the wings are cooking, you won’t need to touch them at all, so you can start preparing everything else for your dinner party. 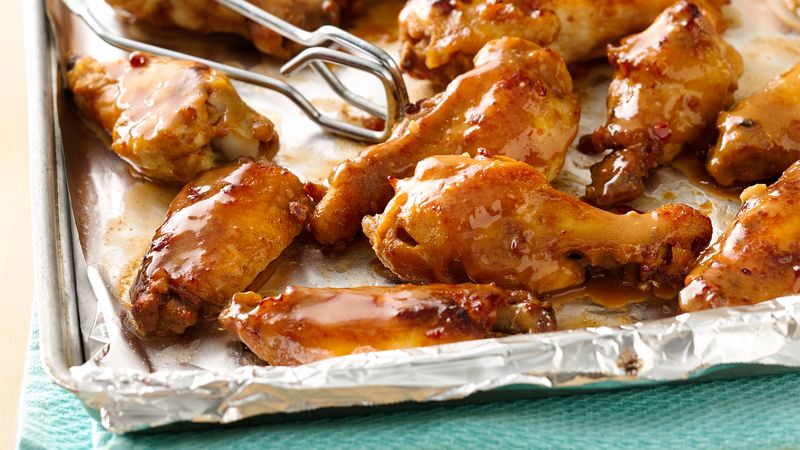 When you feel like adding chicken wings to your next Thai feast at home, this recipe from Pillsbury will make a fantastic appetizer. They’ll take just ten minutes to prep and then three hours to cook, and you’ll be shocked that the recipe uses just three ingredients. This recipe makes about twenty chicken wings, which you’ll combine with Thai peanut sauce and soy sauce. After the chicken wings are cooked in the slow cooker, transfer them over to a baking pan to broil for five minutes or until crispy. Before serving, spoon the sauce that’s left in the slow cooker over the chicken wings for extra flavor. 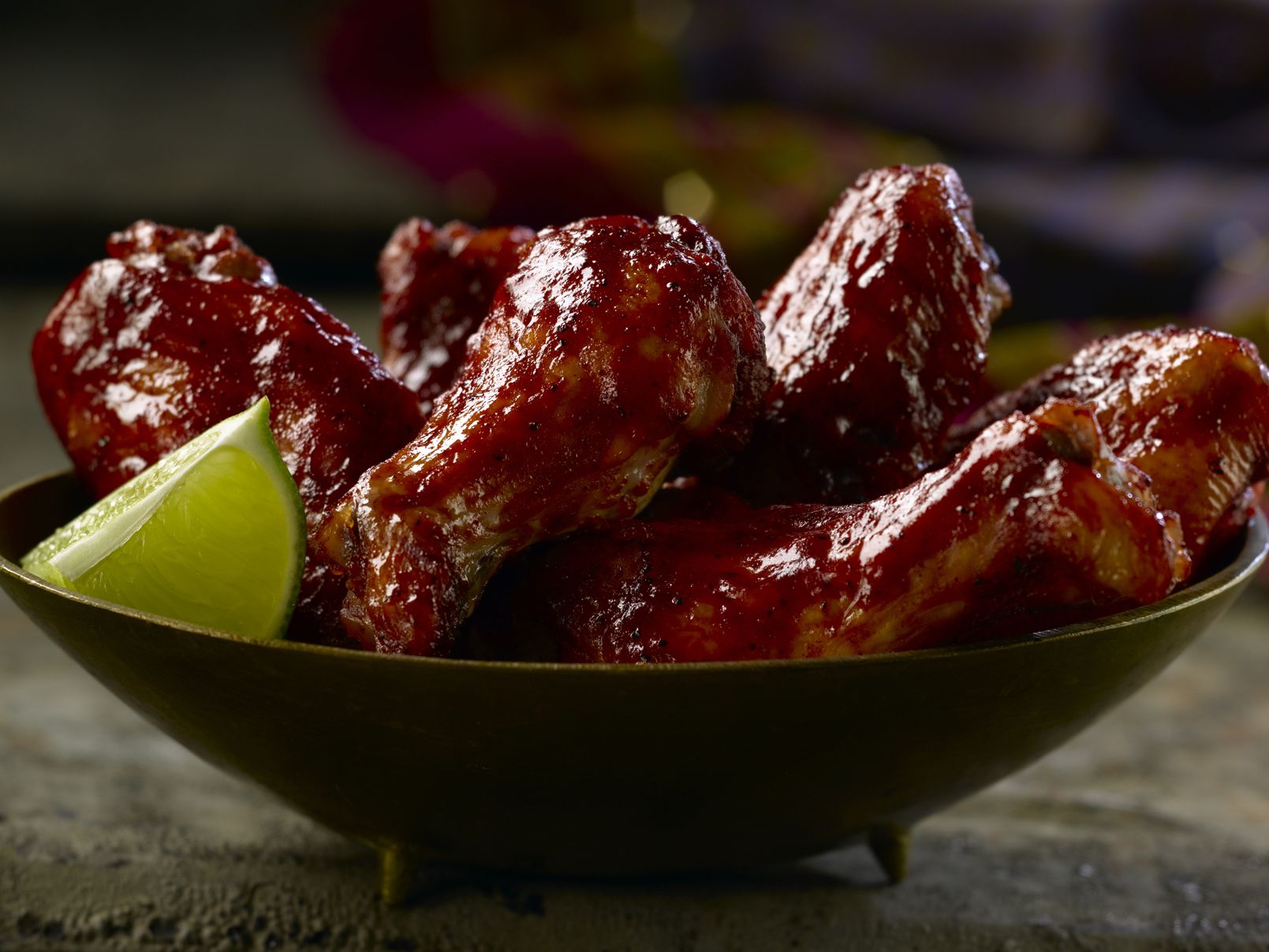 If you and your family enjoy spicy food, you won’t want to miss this recipe from The Spruce Eats. Your chicken wings will be covered in honey and barbecue sauce, along with spicy seasonings for more flavor. To make your wings even hotter, add a dash of Tabasco sauce or another hot sauce of your choice. You can either cook these wings on low for four to five hours or high for two to two and a half hours. To make your life even easier, you can actually serve these straight from the slow cooker, but you’ll just need to make sure you leave the temperature on low to do this. 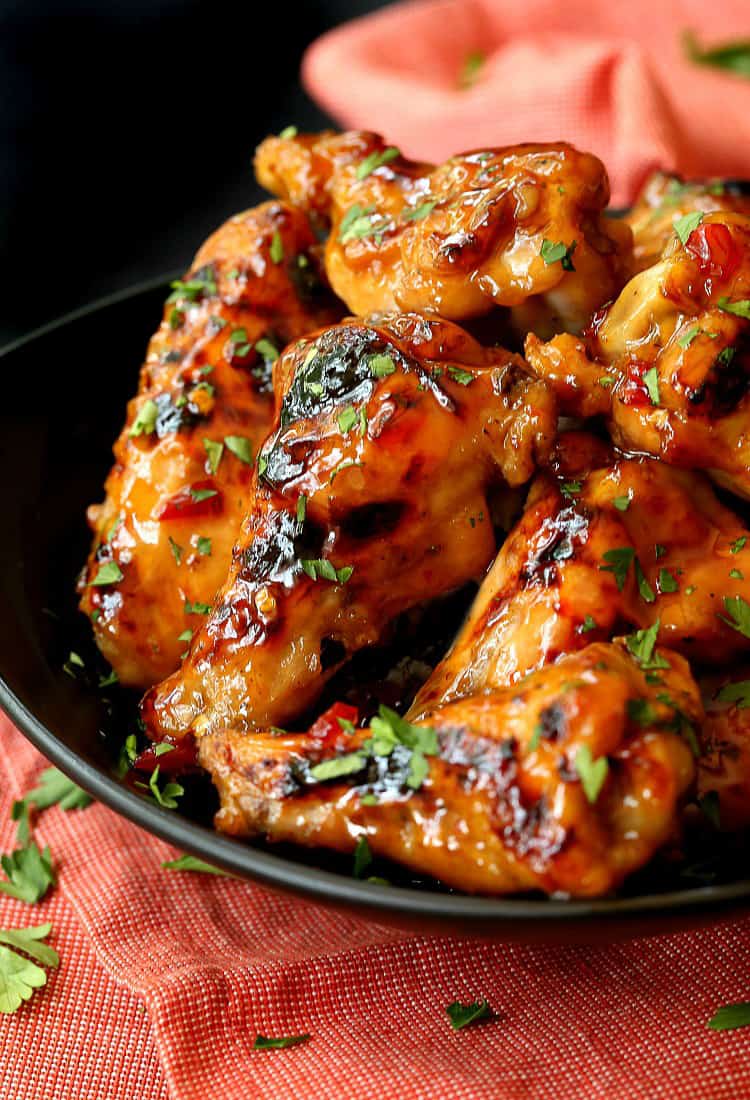 For a quick game day appetizer or a simple dinner, check out these slow cooker sweet chili chicken wings from Mantitlement. They are super tender wings, and for this recipe, you’ll add frozen chicken wings straight into your device. This recipe cooks the wings to perfection, and for the final touch, you’ll just transfer them to your broiler to crisp them up a little before serving. Sweet chili sauce will be adored by everyone, and it’s not too spicy, thanks to the sweetness that’s added to the sauce. You’ll only need a few minutes to prepare these wings, and then you can just leave them in the slow cooker for a few hours before serving. 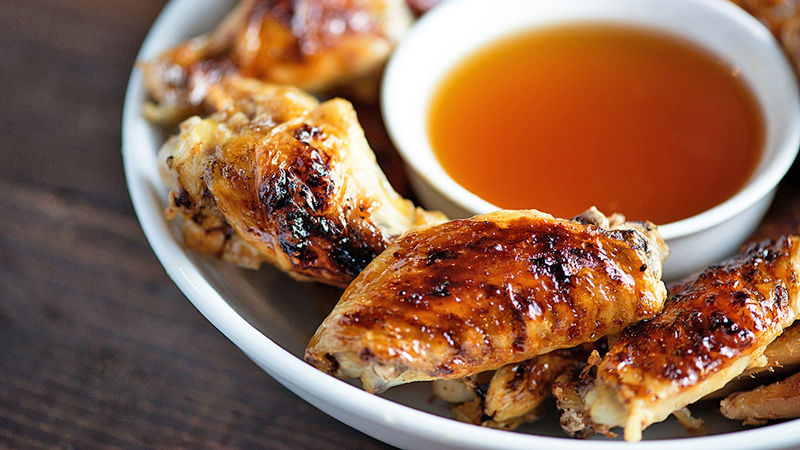 Fireball whisky is the secret ingredient in these chicken wings from Tablespoon, and they are sure to be enjoyed by everyone while watching a football match. For best results, you’ll want to use Fireball whisky or another similar cinnamon whisky, which will be combined with salt, black pepper, and honey for a rich and delicious sauce that your friends and family won’t be able to resist. After cooking in your slow cooker for ninety minutes, you’ll remove the wings and brush them with more sauce before placing them in your broiler. Keep adding more sauce until the wings are as brown and crispy as you’d like, and serve them with even more of the Fireball whisky mixture for dipping. 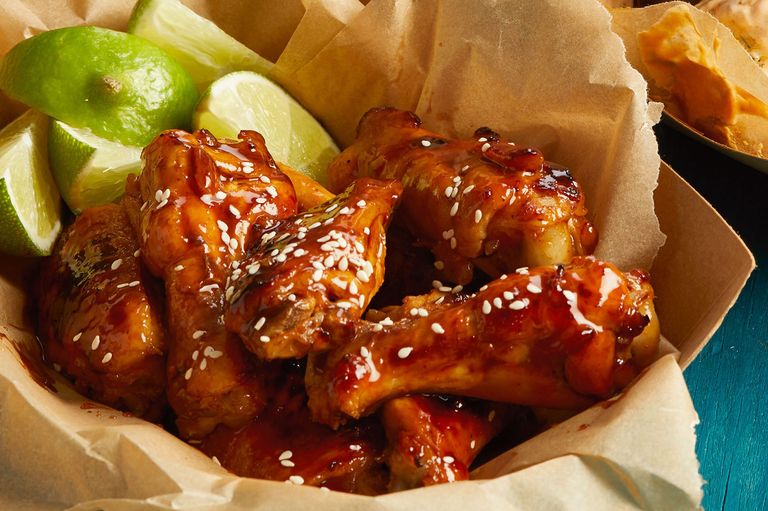 This recipe from Food 52 combines a whole host of ingredients and seasonings to make flavorful hoisin-glazed chicken wings that will impress your whole family. This recipe makes about twelve chicken wings that are covered in chicken broth, hoisin sauce, soy sauce, rice vinegar, and Sriracha sauce. They’ll take four to five hours to cook on the low setting, or they can be ready in as little as two hours with your high setting. Remove from the slow cooker and broil before serving. 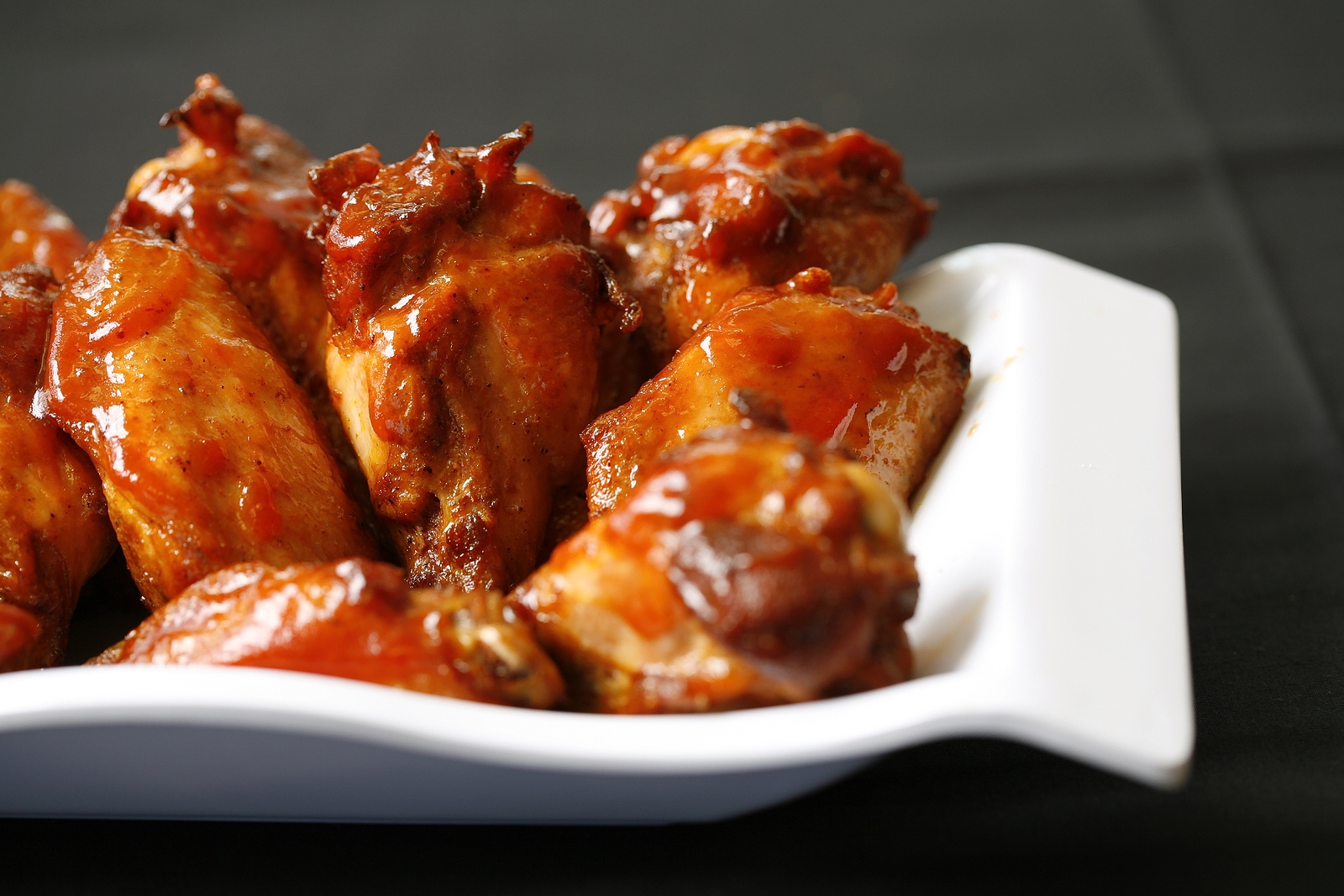 For a tropical twist on your classic barbecue chicken wings, try out these slow cooker wings from Meal Garden. You’ll combine barbecue sauce and crushed pineapple for a flavorful sauce that kids and teens will love. You can also add a splash of hot sauce if you desire, and you’ll just want to make sure the wings are fully covered in the sauce before being left to cook. This is a great recipe for putting on at the start of your day and can be left for six to eight hours on the low setting. These wings would be fantastic served with more barbecue dipping sauce or with noodles or rice for a complete meal.

All of these recipes require only a few minutes of hands-on time in the kitchen and are ideal for making as part of a buffet spread of food. The slow cooker creates the most tender chicken wings you will have ever tasted, and you won’t even have to check on them while they’re cooking. For best results, broil the wings before serving to add a little crispness and caramelize your sauce. Wings can be served with so many different sauces and other sides, so they make a fantastic addition to any party spread. 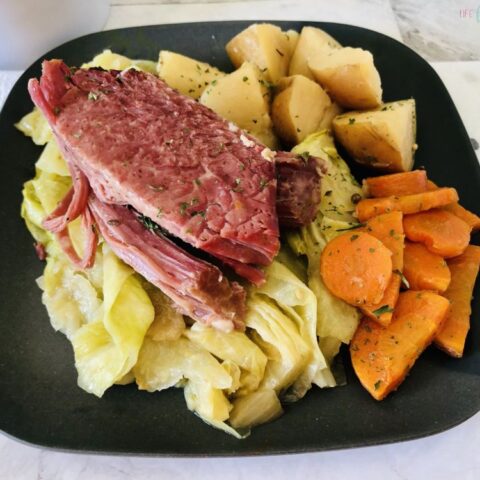 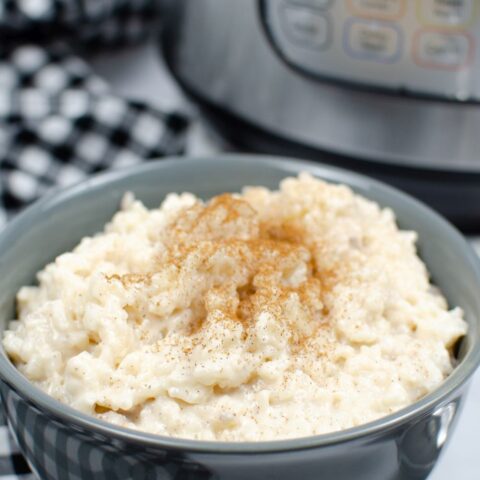 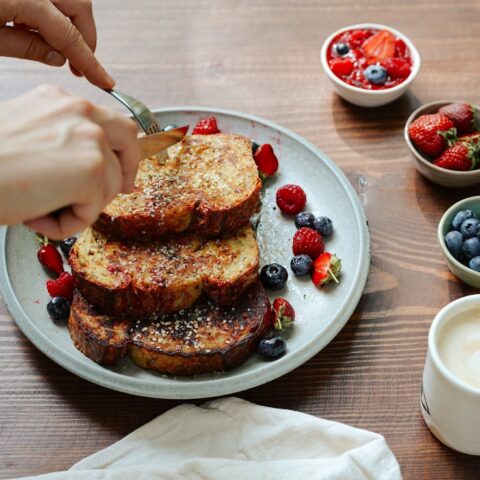