Home » 15 Fun Things to Do in Georgia
Georgia Travel Guide

Georgia is a state known for many land formations, historical events, and fun things to do. From beaches to mountains to museums, families will have a blast when visiting Georgia. It’s especially ideal for families who love outdoor adventures. 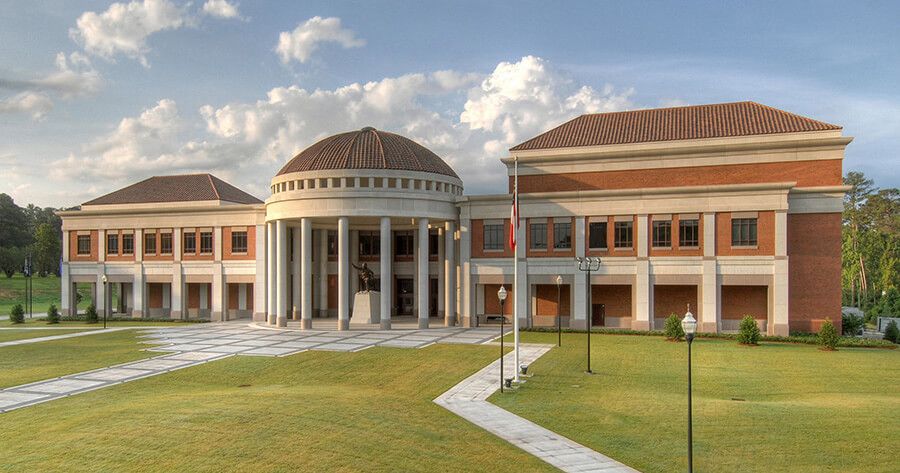 It’s a big state, so it’ll take several vacations to see it all. The Empire State of the South is always full of surprises, so be sure to see as much of it as you can.

Here are 15 fun things to do in Georgia to help you decide which area of the state to explore. 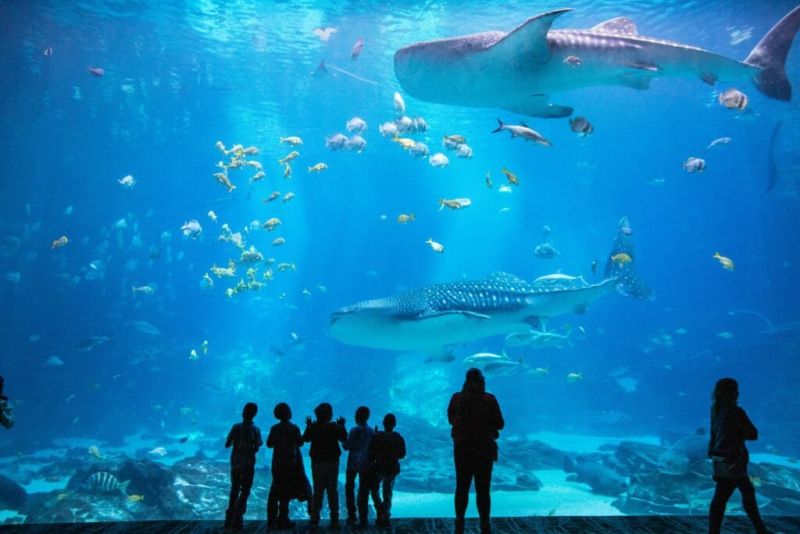 The Georgia Aquarium can be found in Atlanta, Georgia’s biggest city. In fact, this impressive attraction is the biggest aquarium in the country and the second largest in the world. It has over 10 million gallons of water and over 100,000 aquatic animals living inside. You can walk through tunnels surrounded by fish, see massive whales, and witness plenty of amazing creatures up close. It’s the perfect experience for families, especially animal lovers.

#2 – Having Fun During a Walk trough Savannah Historic District 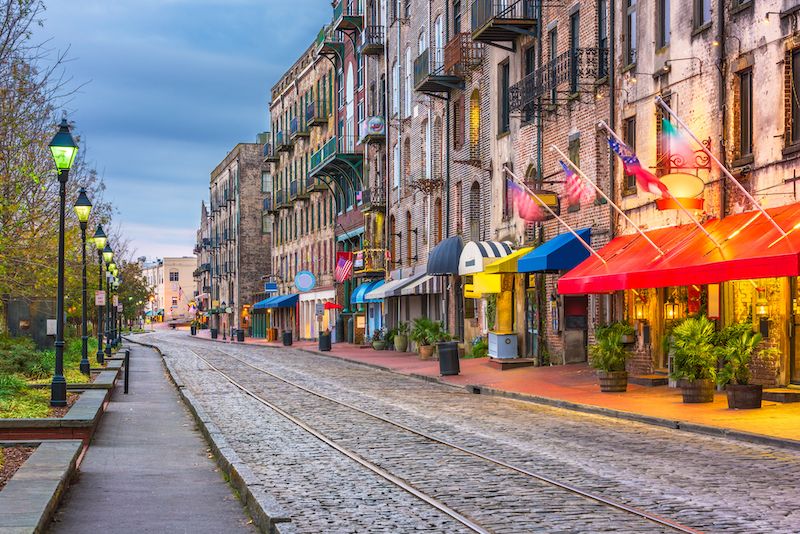 The Savannah Historic District might not be as action-packed as Atlanta, but it’s still one of the most fun things to do in Georgia. It’s one of the most well-preserved historic areas in the United States, dating back to the pre-civil war era. The original town was first laid out in 1733, and it still has lots to see to this day. You can explore on your own or take tours to see historic homes, mansions, churches, cemeteries, railroads, and so much more! 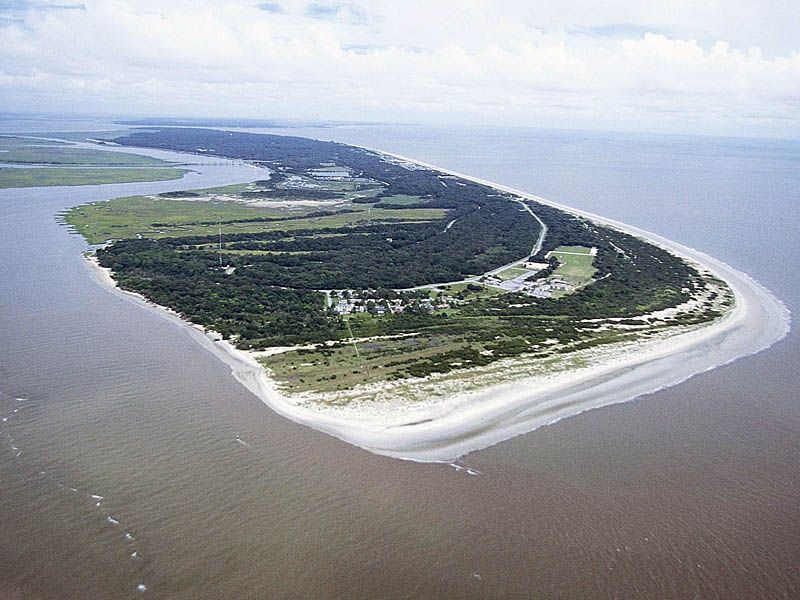 Jekyll Island is one of the most beautiful locations on Georgia’s coast. It’s very close to the shore, so it can be easily accessed by a road. This island is the perfect spot for relaxation. It has beaches, forests, and plenty of other outdoor spaces to explore. It’s also a popular location for events and other activities. Some things you’ll find on this island include shops, a Seat Turtle Center, golf, and summer camp opportunities.

If you want some of Georgia’s vast history, the National Infantry Museum and Soldier Center in Columbus, Georgia is a great stop. It has over two centuries of history related to Georgia’s military and more. The museum has interactive exhibits, documentaries, artifacts from all throughout history, and a special Holocaust exhibit. Some notable attractions in this museum are the combat simulator and the 3D theater. This is an excellent place to learn, but it might be best for older audiences.

The Atlanta Botanical Gardens are more than just your average nature scapes. This is one of the most fun things to do in Georgia because it has 30 acres of gardens that have been updated over 50 times! So, no two trips are exactly alike. Some things you’ll find at these gardens include topiaries, ponds, an edible garden, and an interactive children’s garden. It’s also well-known for its beautiful light displays around the holidays. 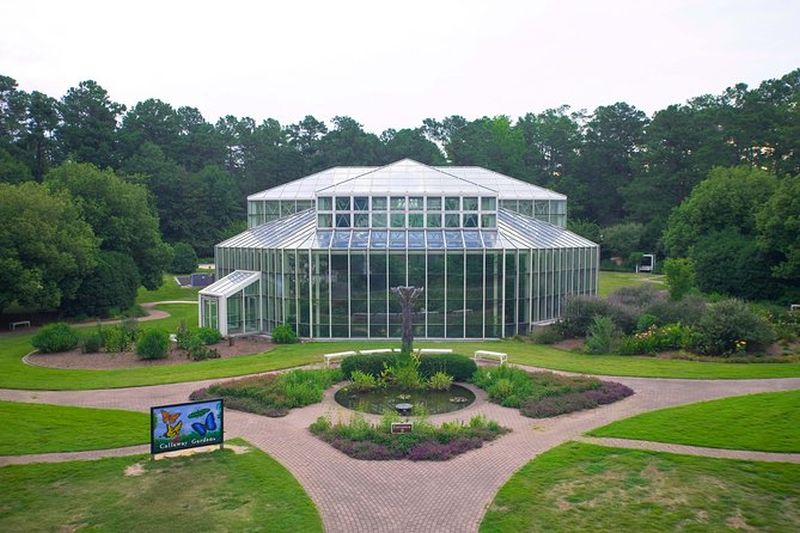 Callaway Gardens is another peaceful location with lots of beautiful plants. It’s located just north of Columbus, and it covers about 6,500 acres. It even has a resort on-site, which provides you with a luxurious getaway experience. Some fun activities at Callaway Gardens include ziplining, obstacle courses, hiking trails, a butterfly center, and golf courses. It’s also home to Robin Lake Beach, which is said to be one of the largest manmade beaches in the world. 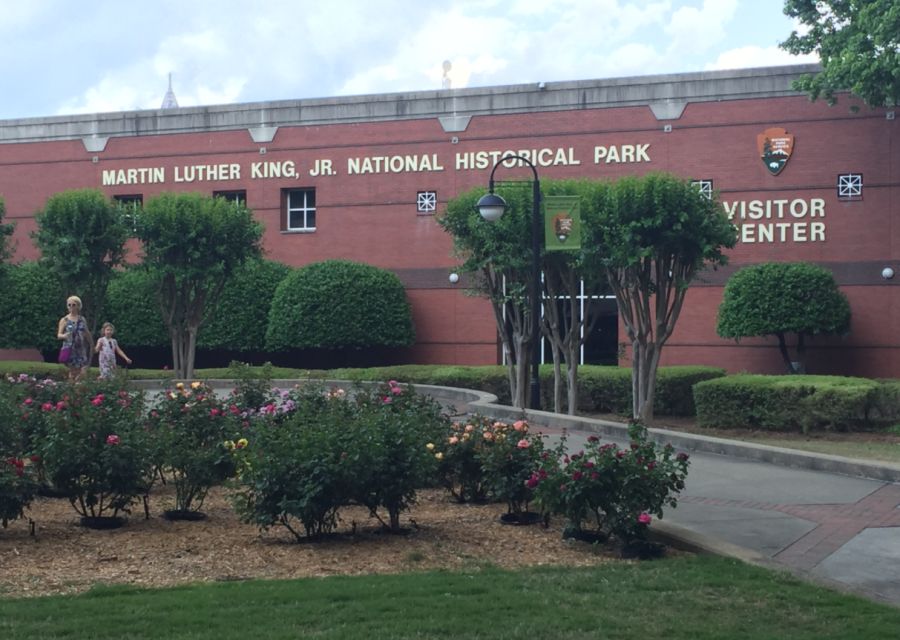 Martin Luther King Jr. was such an influential person in Georgia and around the world. So, if you want to learn more about his legacy and pay your respects, this national historic site is the place to do it. You can take a self-guided tour, which will take you to all sorts of locations. You’ll get to see the house he grew up in, his burial place, and a church where he preached. This incredible site can be found right in Atlanta, and it has lots of life-changing history all in one place. 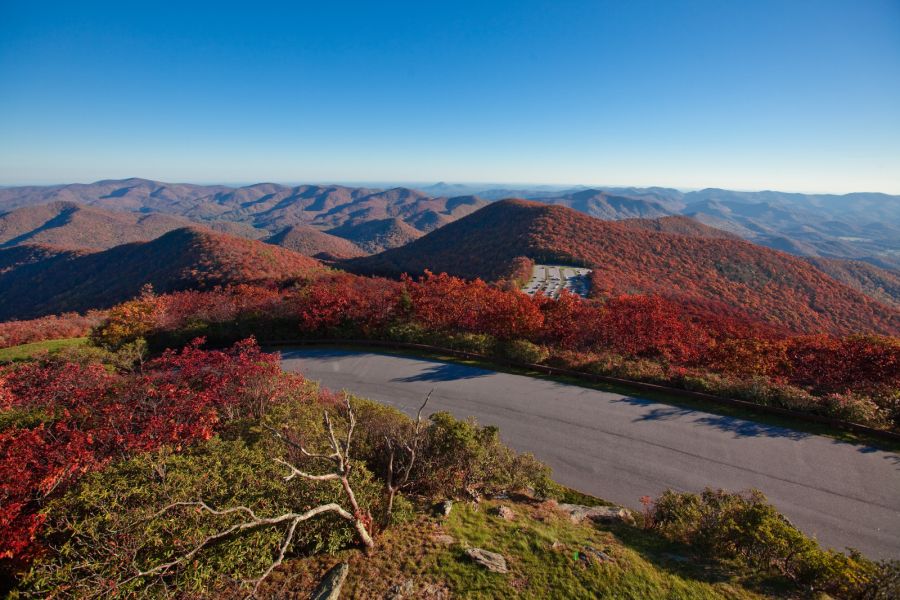 The Chattahoochee National Forest in Suches is a majestic walk through the mountains of Northern Georgia. It’s about 870 acres, so it rests in several Georgia counties. It has over 450 miles of trails to explore, along with 2,200 miles of rivers. Fishing, camping, hiking, swimming, picnicking, canoeing, and kayaking are all popular activities in this massive forest space. Some of the most significant landmarks at this attraction include waterfalls and the highest point in the state. 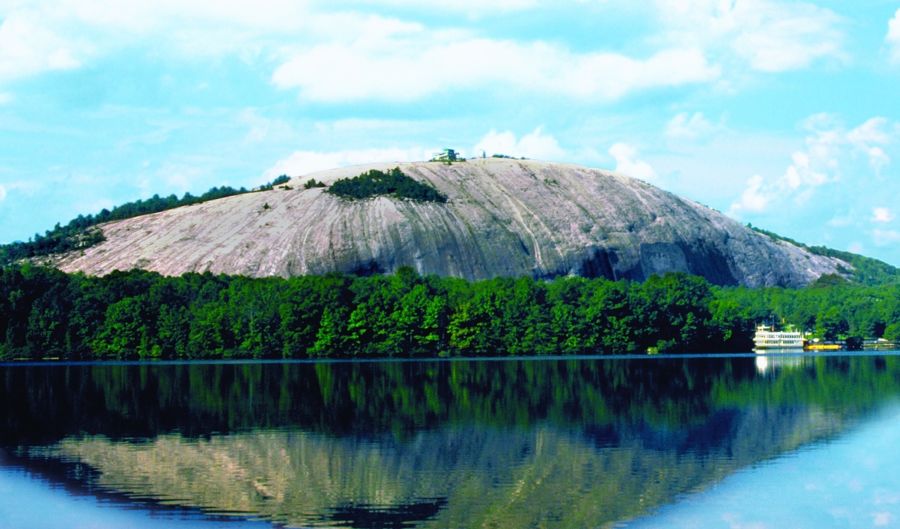 As you might’ve guessed, Stone Mountain Park is named for the massive stone mountain in it. No matter which hiking trail you take, the massive mountain will be visible. It’s 863 feet tall, and it has a detailed stone carving in one spot, which has caused lots of controversy over the years. Many guests love to simply explore the area while others come for events, lodging, golf, cable car rides, and more. If you’re not afraid of heights, you can even climb to the top of the mountain for the most impressive views. 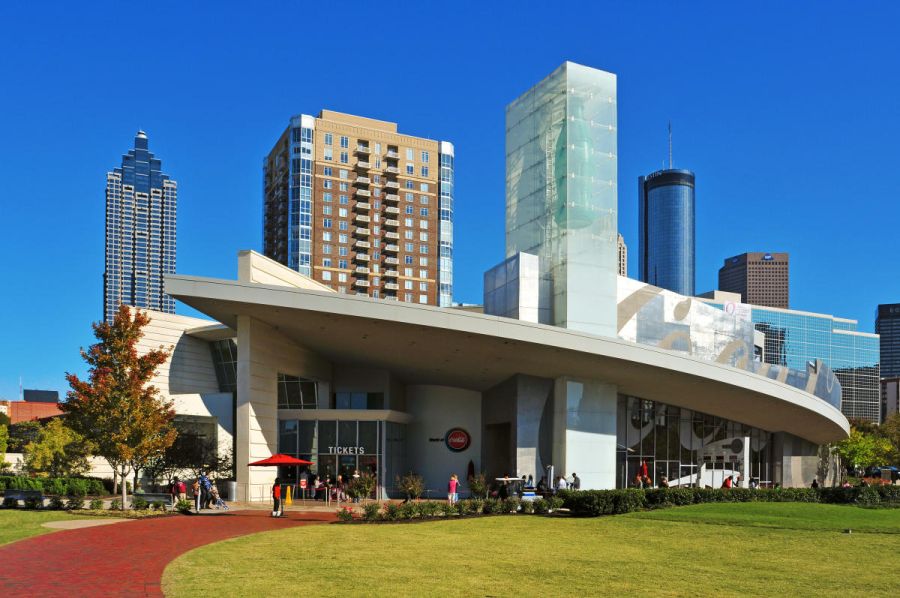 The World of Coca-Cola in Georgia is another one of the most fun things to do in Atlanta. It is full of everything you’d ever need to know about Coca-Cola products. You can learn about the history, see how it’s made, go to a 4D experience, and even taste Coca-Cola flavors from around the world. You can get guided tours of the facility, where you might even get to meet the famous Coca-Cola polar bear. If you love drinking soda, add this attraction to your buck list. 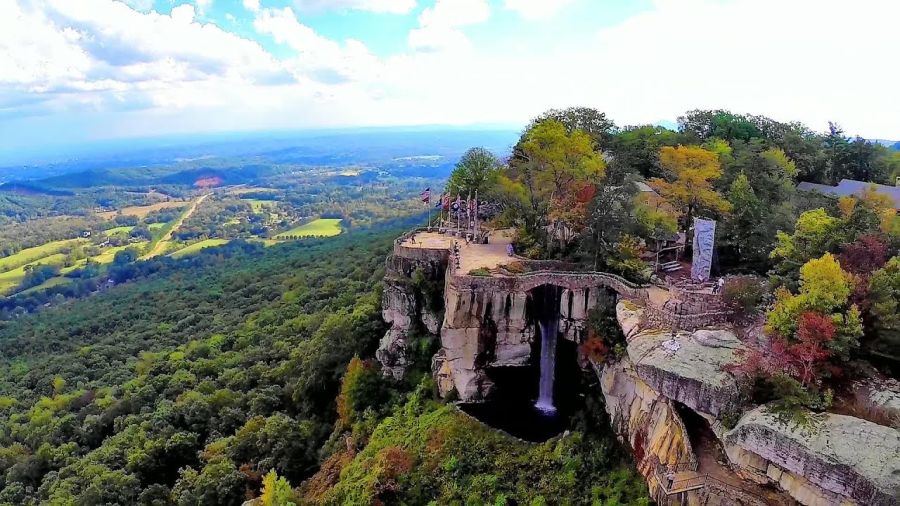 Rock City is named for its many rock formations, not for a popular music genre. So, like many of the other Georgia attractions, it’s an excellent place to explore on a beautiful day. It has a massive rocky lookout mountain, where guests can climb up and get jaw-dropping views of the nature below. At the bottom of the lookout is a beautiful garden landscape, full of many vibrant colors. There are also some rock caves with statues inside, which you won’t want to miss! 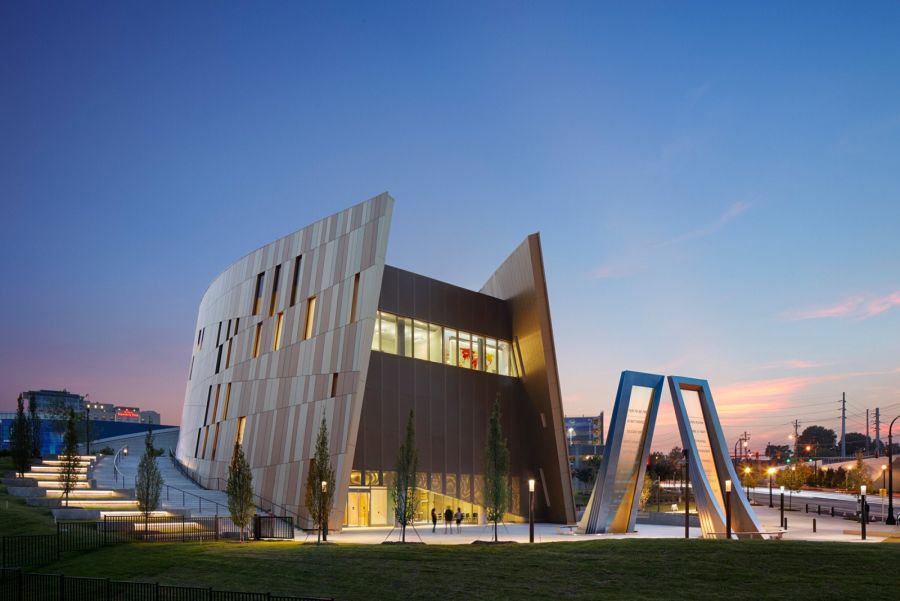 This attraction might not sound the most appealing at first, but it’s a must-see in Atlanta. It’s a newer structure, which opened in 2014 to focus on human rights and the civil rights movement. Of course, one of the most popular permanent exhibits is the Martin Luther King Jr. exhibit. All areas are filled with photographs, artifacts, documents, and other media to help you learn some history. It’s a popular location for educational programs and discussions about human rights.

Forsyth Park is a 30-acre park in the Savannah area. It’s found near the Savannah Historic District, and it’s the largest park nearby. It’s one of the most peaceful spots in the state, where you can walk around and explore or kick back and enjoy a book. Some of the most gorgeous sights in the park are the fountain in the center and the many flowers surrounding it. This park also has many events, including farmer’s markets, concerts, and other forms of entertainment. 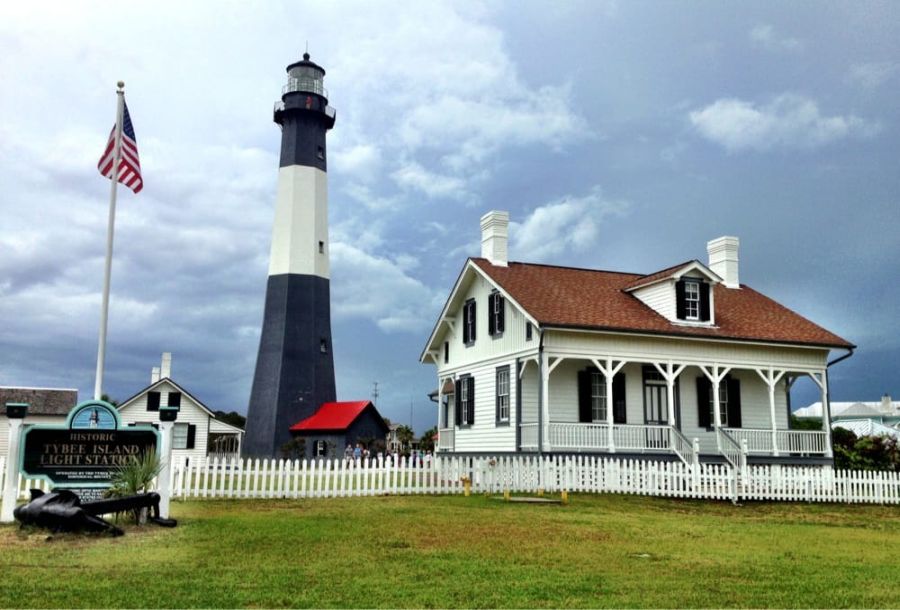 Tybee Island is one of the most fun things to do in Georgia because it’s the perfect mix of education and entertainment. It’s home to the oldest and tallest lighthouse in all of Georgia, where you can learn lots of the area’s history. You can even climb up inside the lighthouse, which is 145 feet tall with 178 stairs. The island also has lots of clear beaches, and there are even dolphin excursions that many guests adore. Plus, there’s a museum about the Native Americans who once lived there. 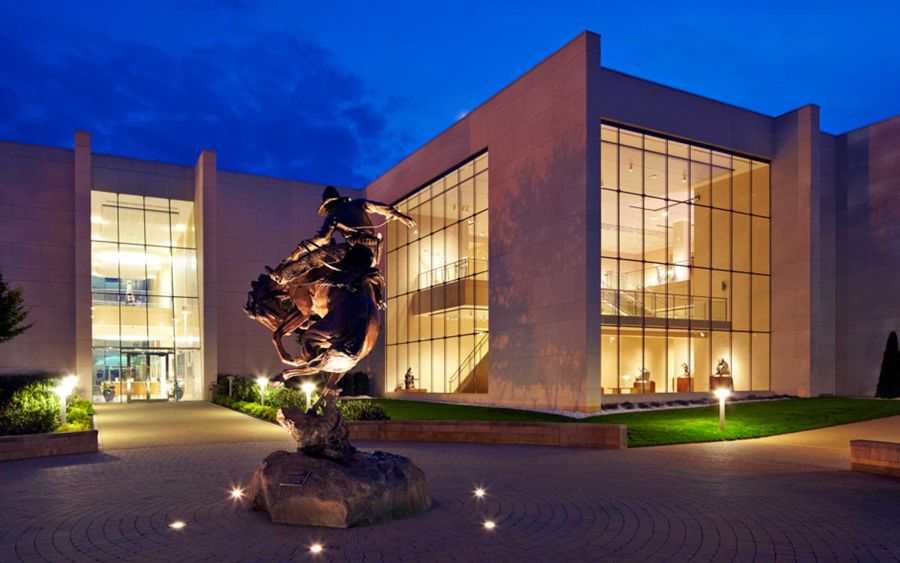 The Booth Western Art Museum of Cartersville is considered a hidden gem of Georgia. It first opened in 2003, and it has the largest permanent collection of Western art in the whole country. The museum has many historical pieces, including images of life on the early frontier, massive murals, and bronze statues. It also has a special president exhibit and a hands-on art experience for younger children. It’s not your typical art museum, but it’s certainly worth a visit.

Are history and nature right up your alley? If so, there are endless amounts of fun things to do in Georgia. Plan a vacation when the weather is nice, and catch as many beautiful and historical landmarks as you can. Pictures won’t do these incredible attractions justice!