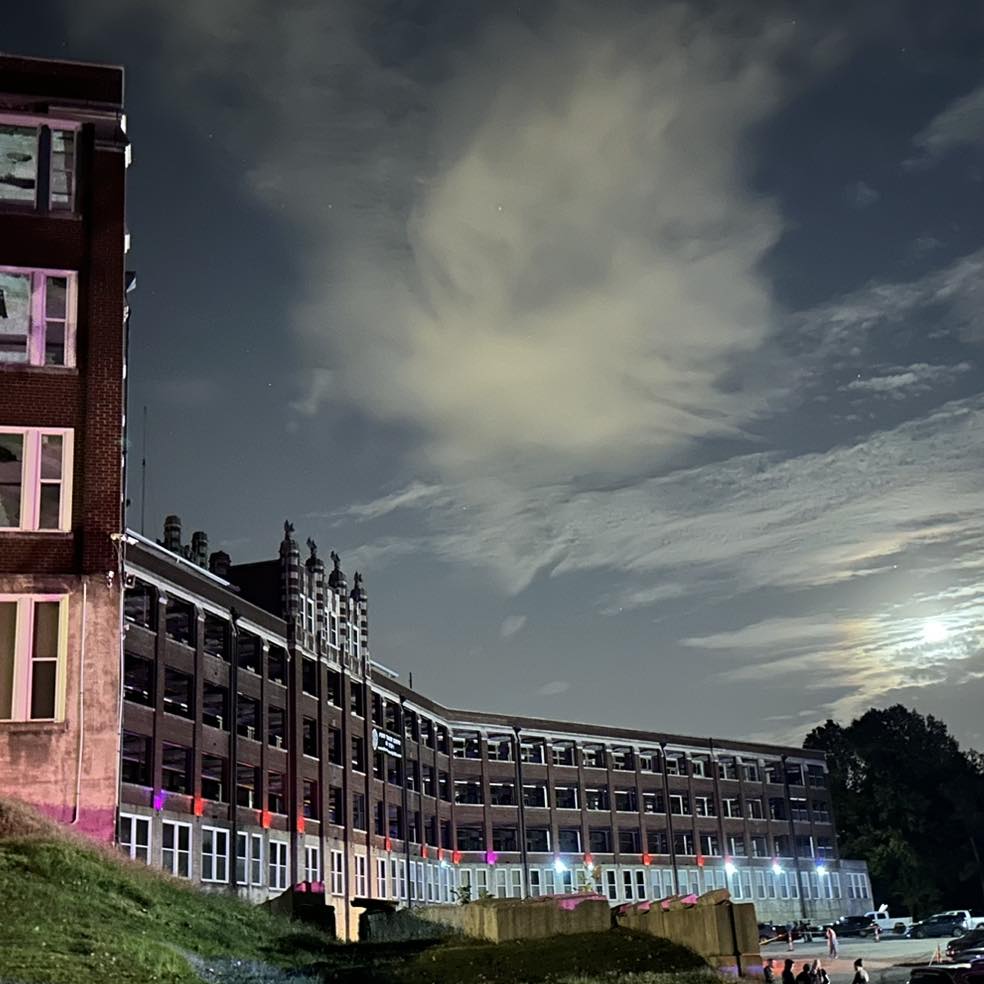 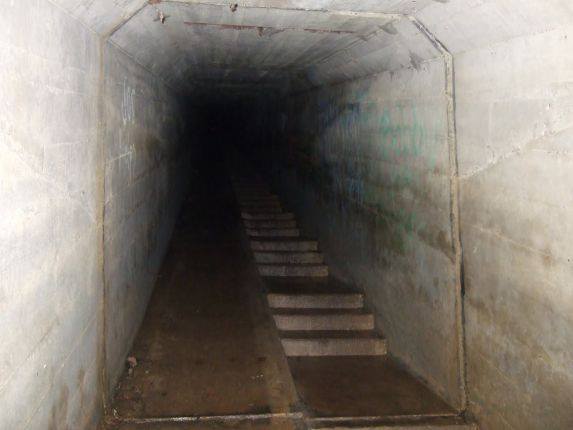 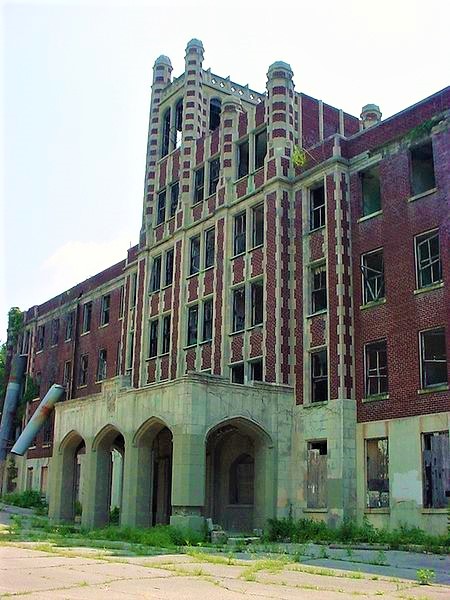 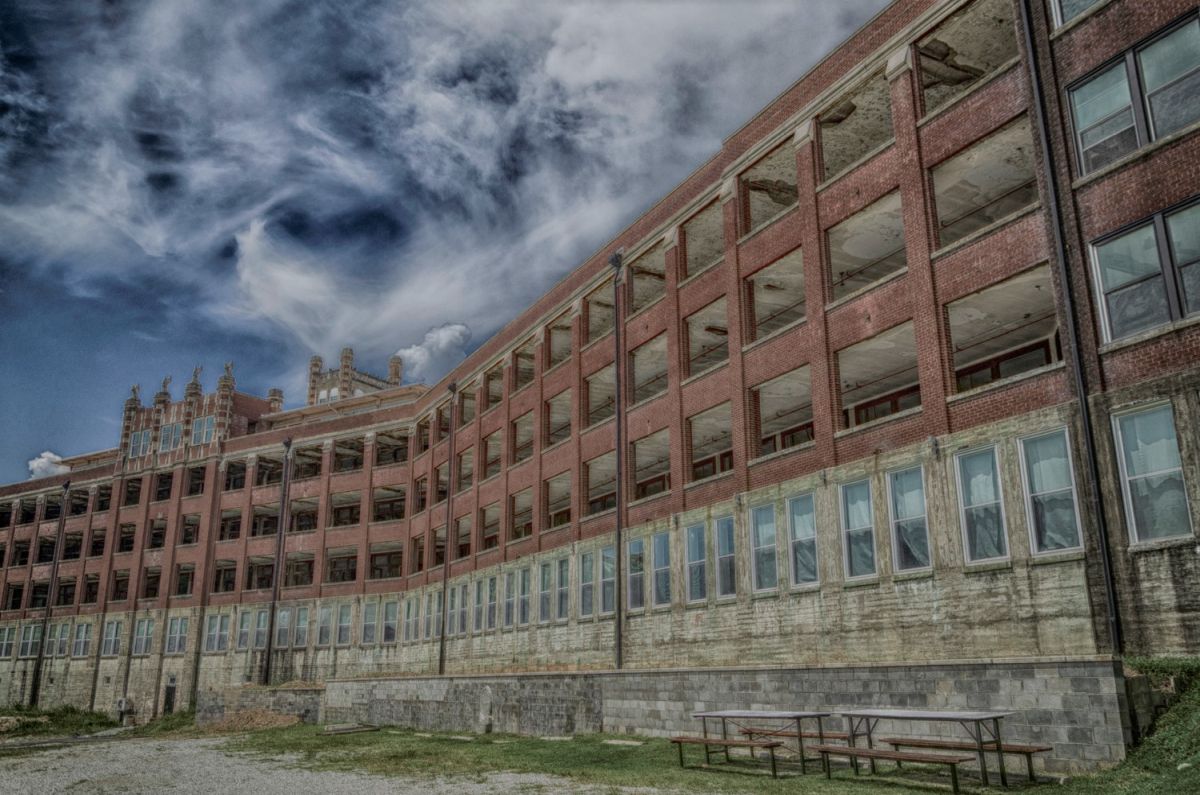 The Waverly Hills Sanatorium Body Chute in Louisville, Kentucky, is one of the most haunted places in the United States. The structure served a lot of purposes throughout history, but the most significant one was when it was a sanatorium for tuberculosis patients from 1910 to 1961.

Treatment for tuberculosis, an infectious bacterial disease affecting the lungs, wasn’t successful at the time. Many patients and nurses died while the sanatorium operated, leading many people to believe the structure is haunted. Even after all this time, there are still reports of paranormal events in the building, especially near the Waverly Hills body chute.

The History of Waverly Hills Sanatorium

The land of the Waverly Hills Sanatorium was first purchased by Major Thomas H. Hays in 1883. He decided to create a one-room schoolhouse on the property, which is where he planned for his daughters to attend. The school was called both Waverley School and Waverley Hills after the Waverley novels written by Sir Walter Scott.

However, after the early 19th century faced a tuberculosis outbreak, the school stopped operating. The Board of Tuberculosis Hospital decided to build a sanatorium on the property instead to have a space for individuals facing tuberculosis. In 1908, construction began for a two-story sanatorium, and 40 tuberculosis patients were admitted after it opened in 1910.

The number of tuberculosis patients continued to grow, so the building went through a five-story expansion in 1926, allowing up to 400 patients to stay there at once. Since tuberculosis was contagious and deadly at the time, the patients were secluded from others in the community. The sanatorium had its own post office, farmland, and ZIP code. Anyone working on-site wasn’t allowed to leave the property, even if they weren’t ill.

It wasn’t until 1943 that microbiologist Albert Israel Schatz invented an antibiotic medication that became an effective treatment for tuberculosis. After that, it didn’t take long for the number of cases to decrease drastically, causing little need for sanatoriums like Waverly Hills.

What Did the Waverly Hills Sanatorium Become?

Within a year, the sanatorium was renovated and reopened as a nursing home called Woodhaven Geriatric Center. Unfortunately, the center ended up being severely understaffed, causing some patients to face neglect. Thus, it was forced to close in 1982. There were several plans for the property after that, but none were successfully completed.

The first failed plans were for a minimum-security prison, but people in the community were outraged by that idea. So, ideas for an apartment complex were proposed instead but fell through because there weren’t enough funds to pursue it. One buyer even planned to build the “world’s tallest Jesus statue,” but only a couple thousand dollars were raised when millions were needed.

In 2001, a couple named Tina and Charlie Mattingly bought the land, and they still own it today. However, the couple struggled for a while to do something with the property. The council approved a zoning request for a massive hotel project, but it hasn’t been completed, likely due to a lack of funding. Some parts of the structure have been renovated, but most of it still has the eerie and historic feel of the original sanatorium. The hotel plans seem to have been scrapped.

Can You Visit the Waverly Hills Sanatorium?

Today, Tina and Charlie host tours at the facility to raise money for the building’s restoration. They host a variety of tours, including a 2.5-hour historical tour and a 2-hour paranormal tour. During the Halloween season, they sometimes set up a haunted house inside the structure, which is more for fun scares than history. For those feeling extra brave, the location also holds 6-hour overnight tours where guests have claimed to see ghosts of patients and nurses from the sanatorium days.

The Waverly Hills Sanatorium is just one of the many haunted destinations in the US that you can tour. The Biltmore Estate is another famous historical building that’s said to be haunted.

The Waverly Hills Hospital Body Chute, also known as the Waverly Hills Sanatorium Death Tunnel, is the most well-known and the most haunted part of the facility. If you’re wondering, “what is a body chute?” then there’s a lot of history to answer that question. At the property, the body chute was a way to remove bodies from the structure without other patients seeing them.

Specifically, this body chute is a 500-foot-long concrete tunnel with stairs and a ramp. It descends out of the building and to the bottom of the hill outside the sanatorium. It was used to wheel bodies out of the facility without other patients having to see dead people. The doctors thought that if no one saw people dying from tuberculosis, then the patients would believe the treatment was working. With the right mindset, doctors hoped the patients’ chances of survival would increase.

Of course, that idea didn’t work out. Medicine wasn’t very advanced at the time, so treatments heavily relied sunlight, fresh air, and encouragements. Yet, it’s believed that about two patients died every day at the sanatorium, which was open for over 50 years. There are no records of how many people died, but it’s estimated to be between 20,000 and 60,000.

The body chute wasn’t just used for dead body transportation. Staff members also took advantage of it for bringing in other items. They could bring local supplies through the tunnel to the patients. During World War II, the tunnel was also used as a more secure shelter for patients and staff members.

There have been many claims of people experiencing paranormal activity at this property, including some videos of ghostly figures moving across the halls. People touring the space have described voices in empty rooms, peculiar smells, and feelings of being touched when no one was there. Some of the ghosts seem to be wearing white, making guests believe that some ghosts are nurses who died during their employment.

A few of the ghosts wandering the building are well-known. Room 502 is the most notorious for ghost sightings. Even though there are no records of it, stories say that two nurses killed themselves in that room. One jumped out of the window due to excess stress while another got pregnant out of wedlock, causing her to hang herself. Many visitors have spotted ghostly figures in nurse uniforms near that room, and a few have felt an unexplainable sensation to jump from that room’s window.

Another apparition that’s often referred to is a six-year-old boy called “Timmy,” who likely passed away from tuberculosis in the hospital. People claim that Timmy’s ghost plays pranks on tourists and is often seen rolling balls down the hall in a playful manner. People who don’t believe in ghosts claim that these sightings are nothing more than wind and uneven flooring.

Of course, the body chute is another common spot for ghost sightings. Investigators have often reported voices and figures appearing in the dark tunnel. Many television shows have documented paranormal experiences in the body chute, including Ghost Hunters, Mysteries of the Abandoned, and Destination Fear.

Below are some questions people commonly wonder after hearing about the Waverly Hills Sanatorium body chute.

How Big is the Waverly Hills Sanatorium?

The Waverly Hills Sanatorium is about 180,000 square feet. It has five stories, and it was built to house up to 400 patients.

No, even though a hotel was the original plan once Tina and Charlie bought the land, that is no longer the case. Now, the couple is raising money through tours to help maintain the historical structure. There are overnight tours available for people who want to explore the facility late at night.

How Much was Waverly Hills Purchased For?

Is The Death Tunnel Based on the Waverly Hills Sanatorium?

Yes, the 2005 film The Death Tunnel is based off the body chute at Waverly Hills. The horror movie was also filmed at the Waverly Hills Sanatorium, however, it wasn’t rated well.

Schedule a Tour at Waverly Hills

Waverly Hills Sanatorium body chute is on private property, so it’s only accessible to individuals who have booked a tour. If you’re fascinated by spooky history, then you can visit the facility’s website to find out how you can schedule a tour. However, this structure has spooky vibes even from the outside, so tours aren’t for the faint of heart.

If you’re always on the lookout for more eerie destinations, you should check out some of the most haunted cities in the US. 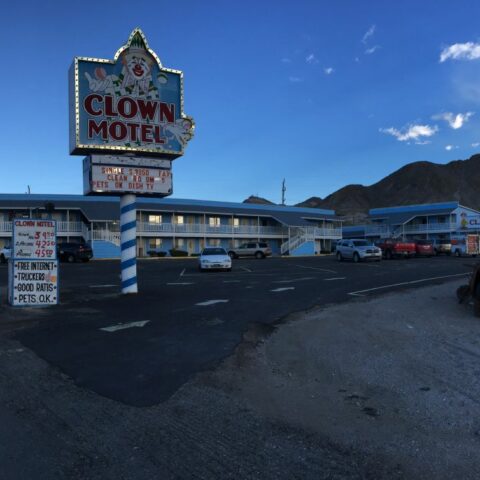 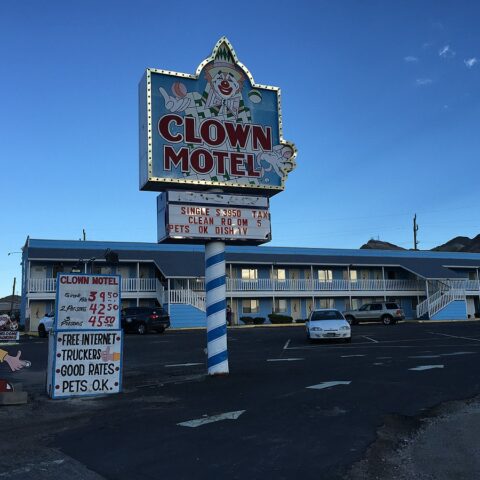