Nearly every kid dreams of riding a Disney World roller coaster in Orlando, Florida. Luckily, these coasters are much tamer than what you might find at Universal Studios or Six Flags. So, which thrilling Disney rides should you add to your family’s itinerary? 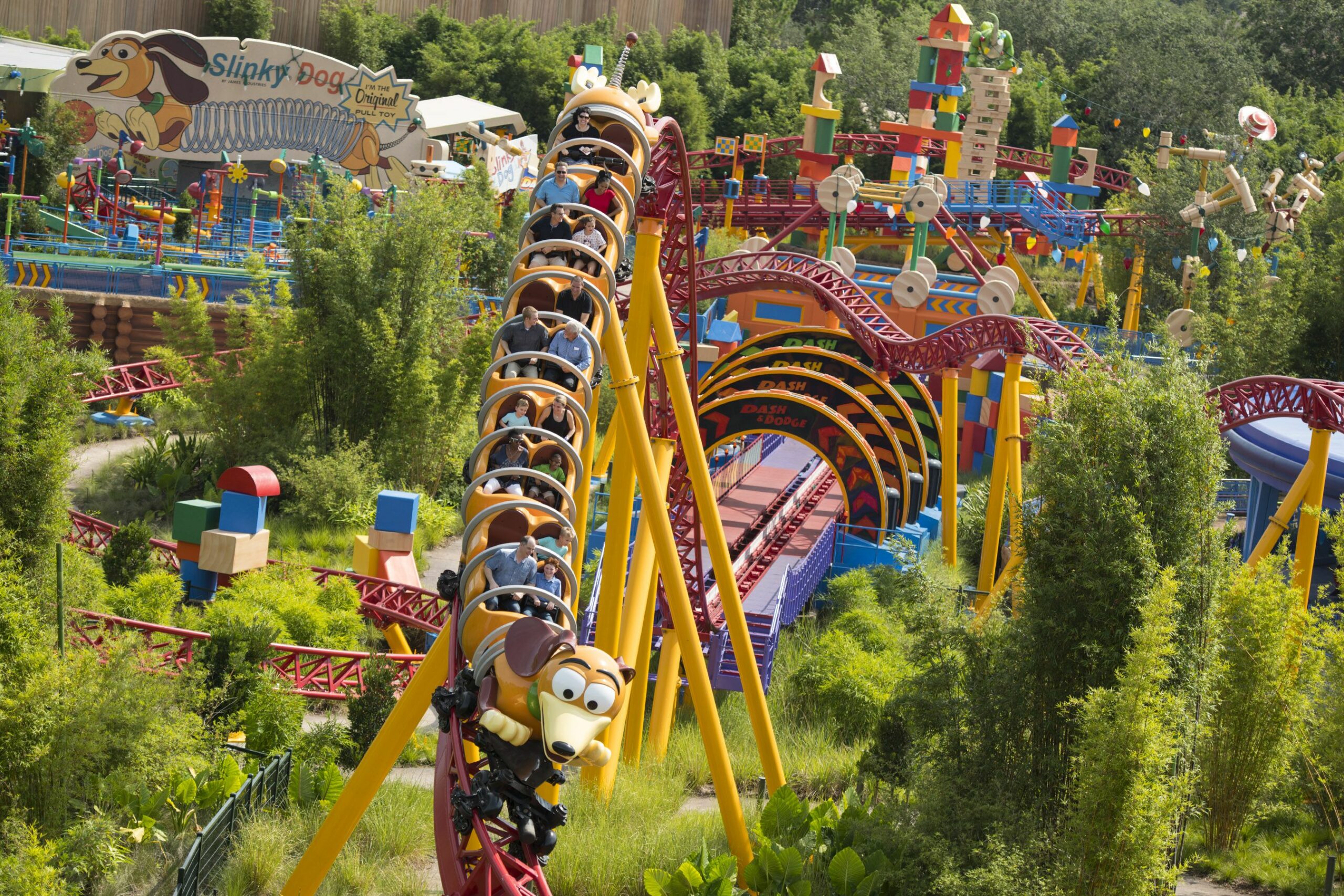 Disney World in Florida has four main parks: Magic Kingdom, Hollywood Studios, Animal Kingdom, and Epcot. Magic Kingdom has the most roller coasters and rides by far, but there are always new rides being built in all four areas. No matter which park you visit, you’re sure to have a blast!

Magic Kingdom is the most popular Disney park, and the best for young children. While it has four roller coasters and a fifth in progress, most of these coasters are geared toward kids. Thus, they won’t go upside-down or give you that sinking feeling every time you go down a drop. 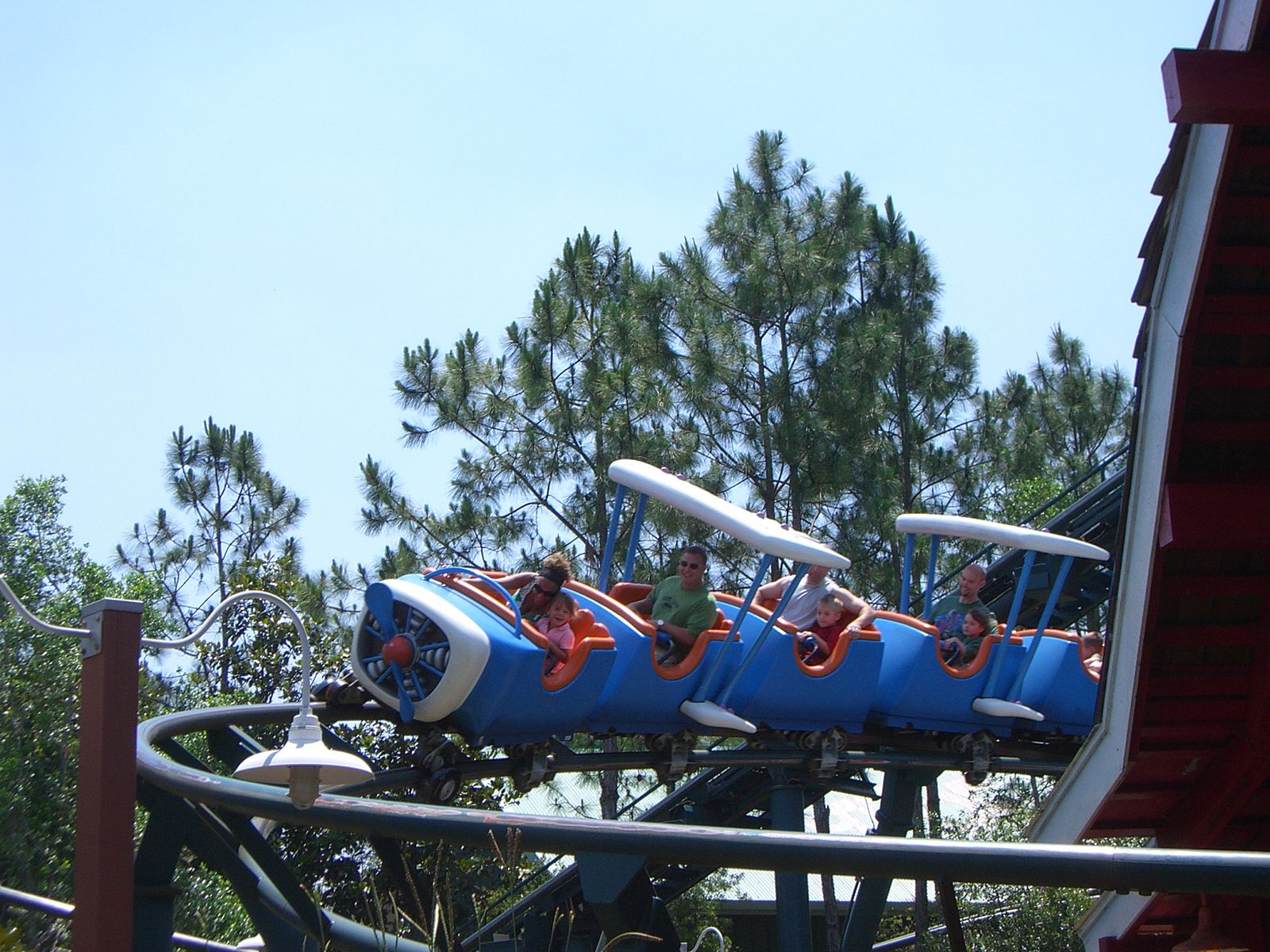 The Barnstormer is a lesser known Disney ride, but it’s perfect for younger guests. You can find it in Fantasyland, near Dumbo the Flying Elephant and Mad Tea Party.

Any guests 35 inches or taller can hop on this mini coaster. The theme is a storybook circus, with Goofy as the star of the ride. It’s fast with small drops, but tame enough for most children to adore it. 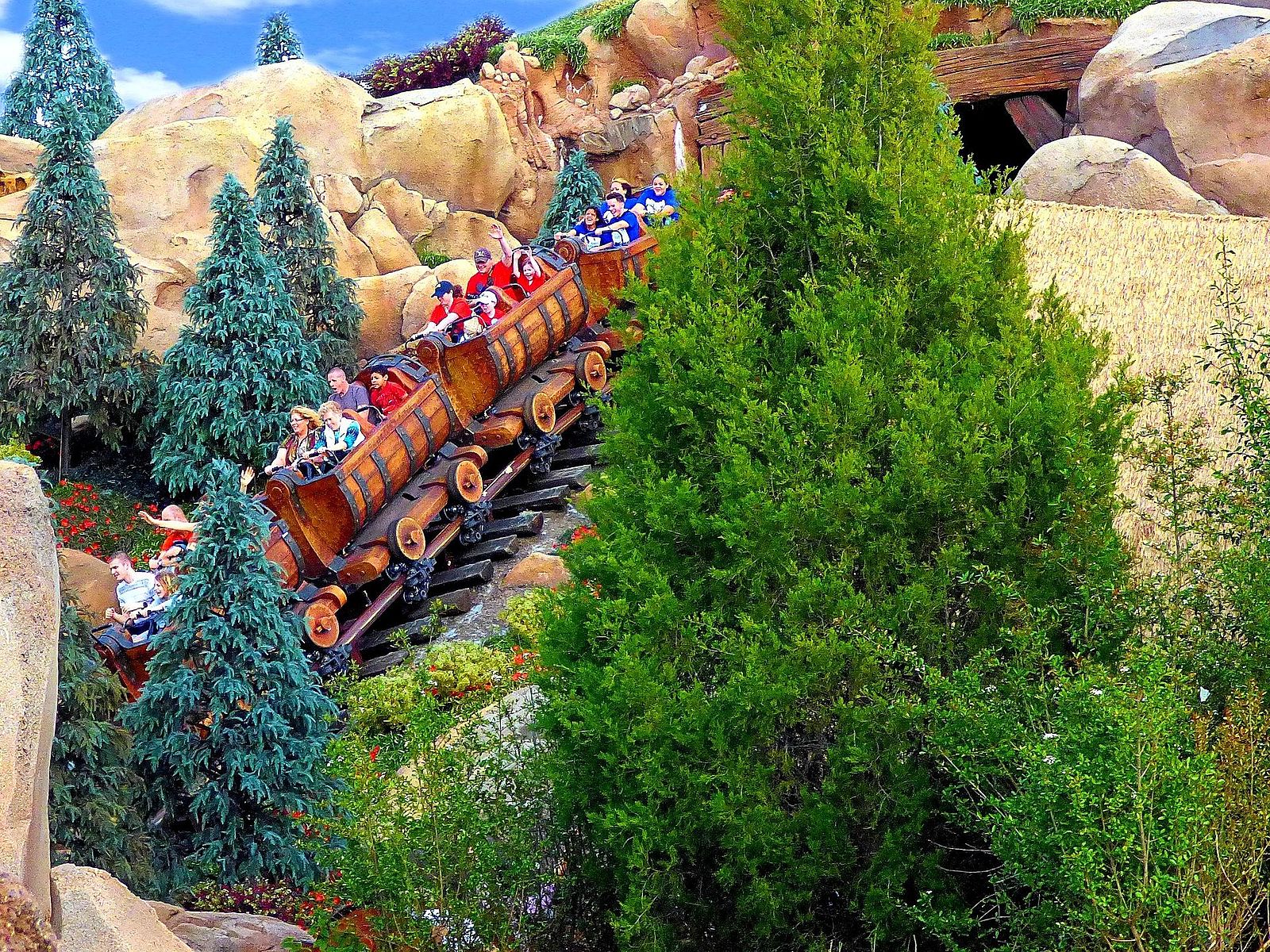 The Seven Dwarfs Mine Train is a newer roller coaster, similar to the classic Big Thunder Mountain. Like the Barnstormer, this ride is found in Fantasyland, but it’s close to The Many Adventures of Winnie the Pooh and the Prince Charming Regal Carousel.

Guests 38 inches or taller can hop on this Snow White ride. It’s fast with some small drops, and it’s a little more intense than the Barnstormer. On the ride and in line, you’ll experience lots of charming scenes featuring Snow White and the Seven Dwarfs. 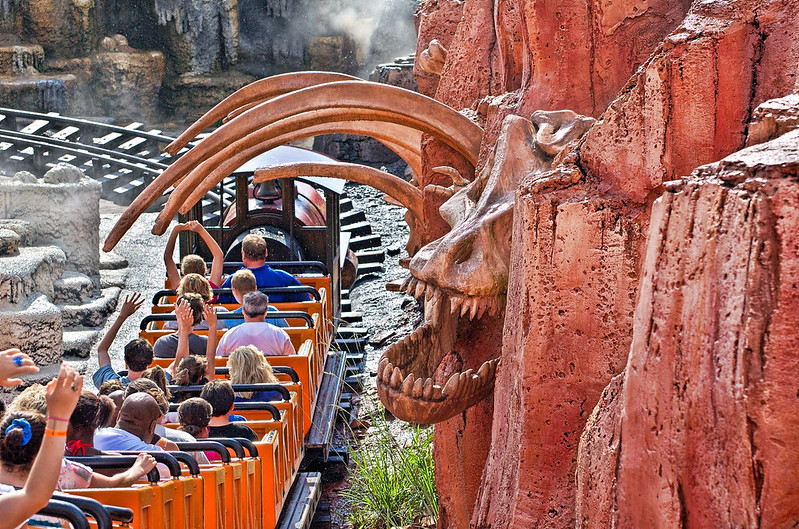 Big Thunder Mountain is a Disney classic, and it’s like the bigger version of the Seven Dwarfs Mine Train. It’s found in Frontierland, right next to Splash Mountain.

This Disney roller coaster is made for guests 40 inches or taller. While it doesn’t feature any specific Disney characters, it takes place in a haunted gold mine. It’s a thrill ride with small drops, so it may be intimidating for some children. 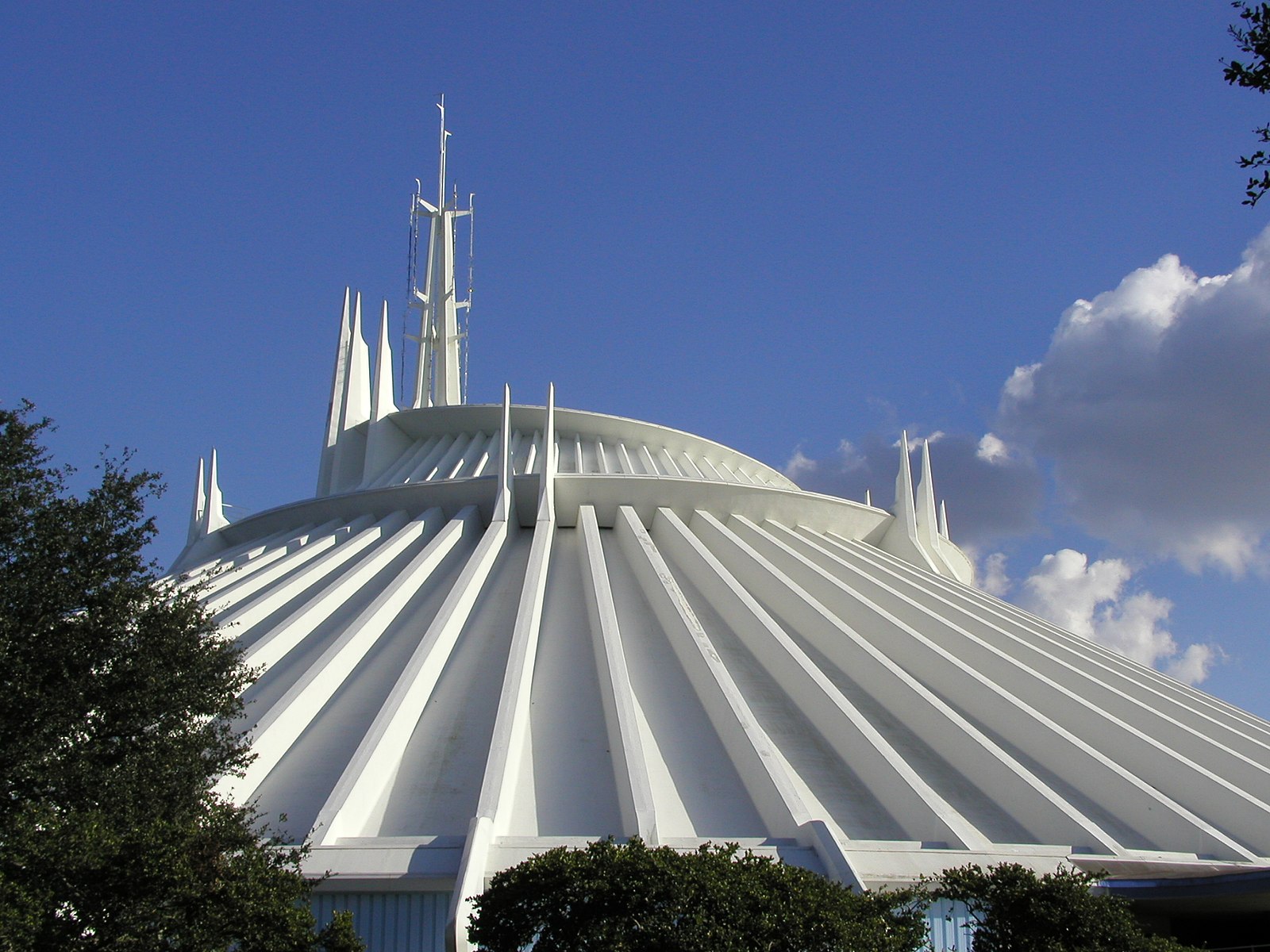 Space Mountain is likely the most intense roller coaster in Magic Kingdom. It’s found in Tomorrowland, next to the Tomorrowland Speedway. It’s still not as scary as your typical roller coaster, but it’s pitch black inside, meant to resemble space.

To hop on this ride, you must be 44 inches or taller. Despite being an older ride, it still often has long lines, and it’s best for older kids. It’s a thrill ride with lots of twists and turns that you don’t see coming. The drops on it are also a little bigger than the above roller coasters, so it’s only for kids who are thrill-seekers.

The new Tron ride hasn’t opened yet, but it’s expected to begin operating in late 2021. It was announced in 2017, and it can be seen right next to Space Mountain in Tomorrowland.

This ride already exists in Shanghai Disneyland, and it’s a fast roller coaster where each guest rides on a Tron bike. It seems to go much faster than the other Magic Kingdom rides, and it has sharper turns. Yet, the height restrictions for the Magic Kingdom version haven’t been announced yet.

Animal Kingdom is a favorite for any guests who love animals. It’s like a zoo and amusement park all in one. It only has one roller coaster, but it’s one of the most popular rides at Disney World. 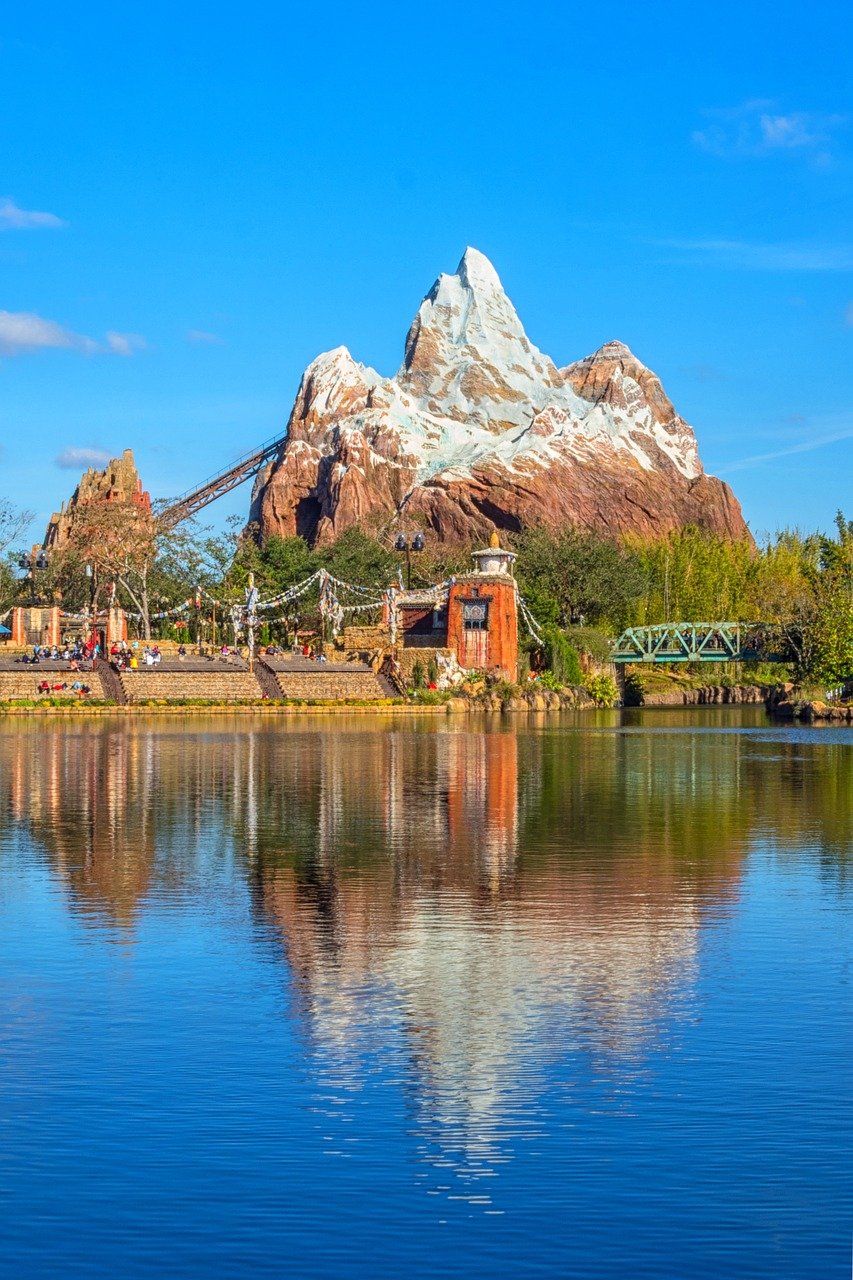 Expedition Everest, often referred to as “the yeti ride,” is a much bigger roller coaster than the Magic Kingdom rides. It’s located in Animal Kingdom’s Asia. It’s faster with more drops and sudden turns. It even goes backwards at one point.

Guests must be 44 inches or taller to ride this attraction. In addition to the thrilling speeds and drops, there are also some other frightening sights on the ride. At one point, you come up to a broken railroad track, high above the rest of the park. At the end, you also pass a giant animatronic yeti.

Hollywood Studios has been adding a lot of rides to its space, and it has one roller coaster for adults and one for kids. Yet, this park is best known for its shows and performances more than its rides. 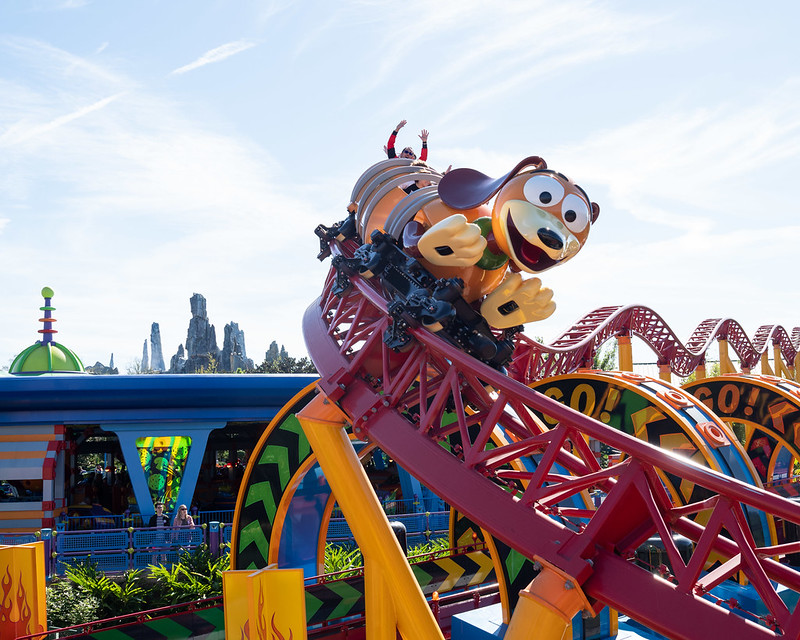 It’s a family-friendly coaster that allows any guests 38 inches or taller to ride. You get to ride on the back of Slinky Dog, who soars high above the rest of the park. The cart slows a bit before going down big drops to make it less scary for younger guests. 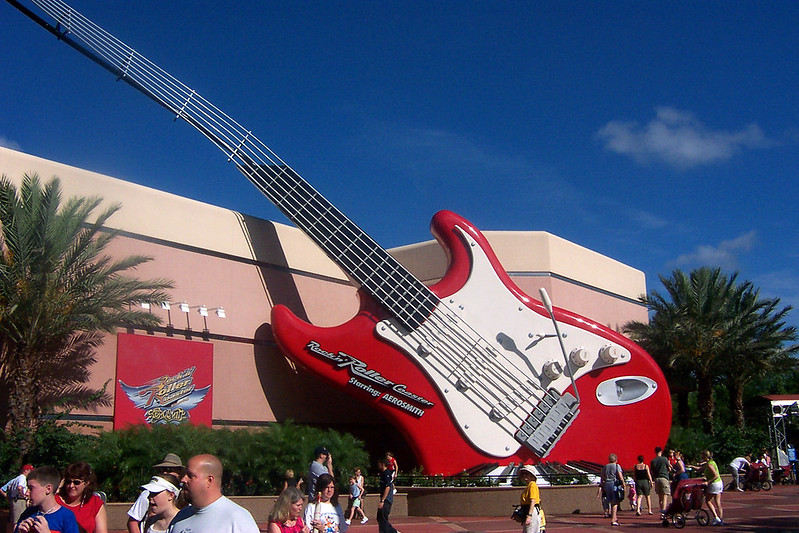 The Rock ‘n’ Roller Coaster Starring Aerosmith is a classic Disney ride, and also the fastest roller coaster in all the parks. It’s found in Sunset Boulevard at Hollywood Studios, next to the Tower of Terror. It’s the perfect ride for adults.

You must be 48 inches or taller to ride, but even then, it’s a bit intimidating for most kids. On the ride, you get to hop in a limousine cart while it launches into the ride at shocking speeds. This is the only Disney roller coaster that goes upside down, but it’s difficult to tell which way you’re facing since it’s so dark inside. Of course, the ride plays Aerosmith music the whole time.

Epcot currently doesn’t have any roller coasters in it, but there are plans for one in the next few years. However, Epcot is known more for its food and culture than rides.

Guardians of the Galaxy: Cosmic Rewind

While Epcot doesn’t have any roller coasters open yet, the Guardians of the Galaxy ride is expected to open in 2022. It will be located right by the entrance in Future World, near Mission: Space and Test Track.

There aren’t a ton of details released yet, but this ride will be a “story coaster” featuring the characters from Guardians of the Galaxy. Disney claims it will be one of the longest indoor coasters in the world. The height restrictions and thrill level are yet to be announced. 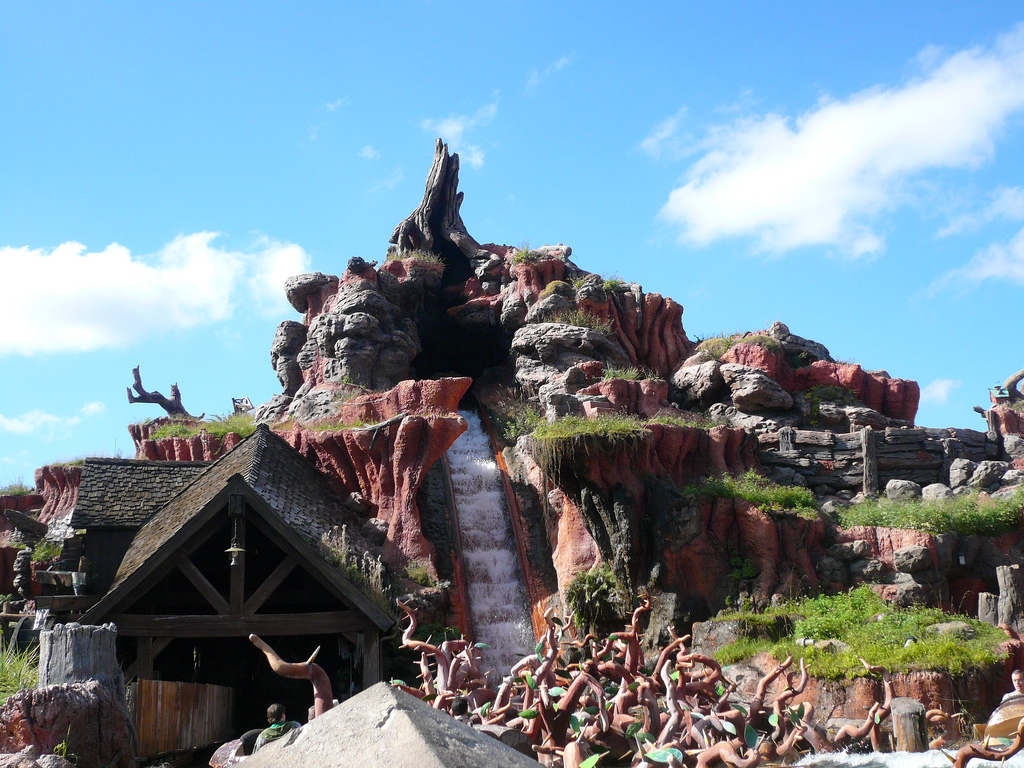 Roller coasters are a lot for some people to handle, so many visitors prefer rides that are still fast and action-packed, but without quite as many twists and turns. However, a few of them might still be scary for some children.

Here are some other thrilling Disney World rides that aren’t considered roller coasters:

While these attractions aren’t considered roller coasters by definition, they’re still action-packed and exciting for adults and older kids. However, young kids might be too scared to ride on them.

Disneyland in California has a lot of the same rides as Disney World, but some of its roller coasters are different. It’s also not divided into the four large parks, so it doesn’t have quite as many attractions as the Florida theme park.

Here are the roller coasters at Disneyland:

So, if Disneyland is closer to you, then it still has plenty of roller coasters for a thrilling vacation. Plus, most of these coasters are a bit tamer for younger rides. However, make sure to check the height requirements before hopping in line.

Disney World and Disneyland are both perfect for all ages because they have rides to cater to kids, teens, and adults. Every roller coaster at Disney is unique, and there are some for kids and adults to enjoy. So, if you’re looking for a thrilling vacation with the kids, a trip to Disney World might be the best option for you! 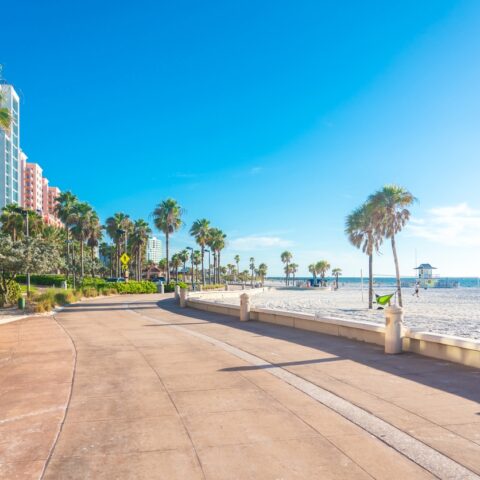 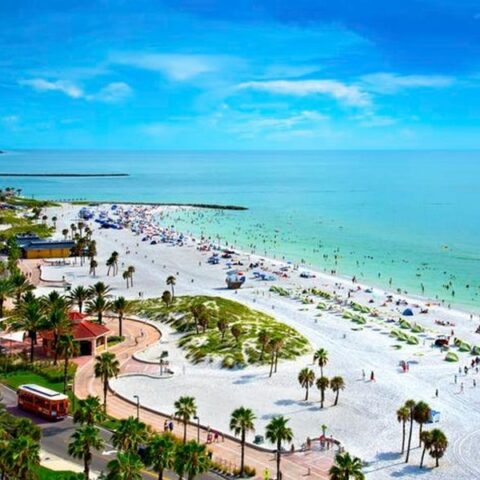 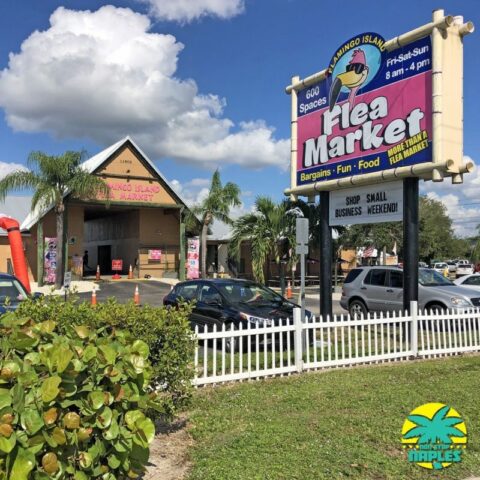