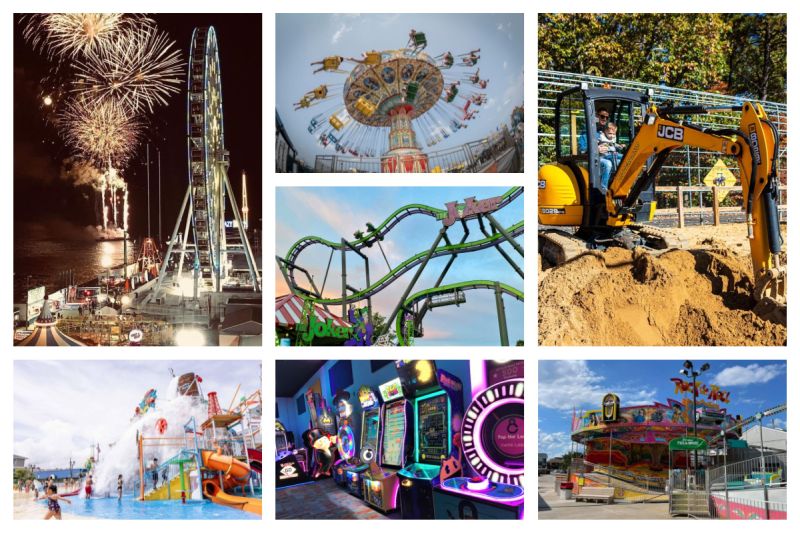 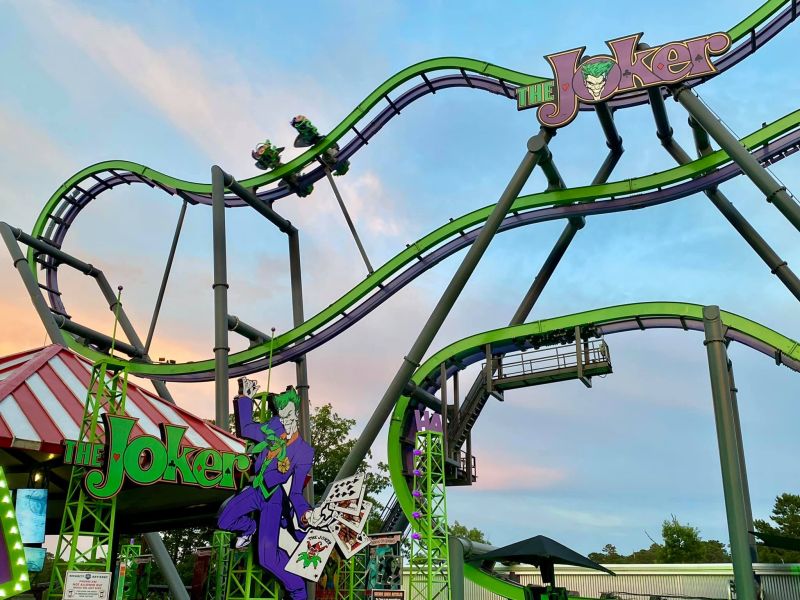 Six Flags is the biggest theme park in New Jersey. This Jackson attraction has 510 acres, which include roller coasters, a water park, and a safari park.

It’s best known for the Kingda Ka, which is the world’s largest drop on a roller coaster made of steel. Yet, if you’re not too much of a thrill seeker, there are over 70 other rides for guests to check out.

This Six Flags is unique from other locations because of the safari area. It’s a 350-acre space where visitors can drive through and admire over 1,200 animals. Some species include elephants, rhinos, and giraffes. The park operates from late March to early September, but it’s often open for other special events too.

If you’re looking for a classic amusement park, then Clementon is the place for you. This attraction is one of the oldest theme parks in the world, opening in 1907, but it’s still exciting to this day. It’s located in Clementon, NJ.

Some favorite rides at Clementon include a wooden coaster, a free-fall drop ride, a giant Ferris wheel, and a vintage carousel. It also has some smaller rides to cater to younger guests.

In addition to the amusement park, there’s also a water park that includes water slides and a lazy river. In 2019, the park closed, but later re-opened under new management in 2021. 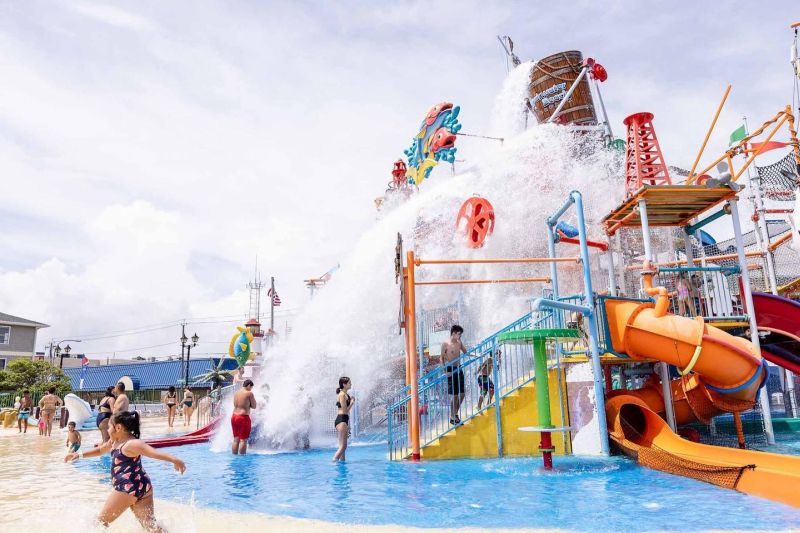 Casino Pier has one of the best boardwalk amusement parks in NJ. It has 35 rides along the beach, including a steel roller coaster, a Ferris wheel, and a giant drop.

Among the massive rides, you’ll also find smaller attractions, such as go-karts, a fun house, and a mini golf course. Since it’s all crammed onto a pier in Seaside Heights, this amusement park can get crowded very easily.

Next to this park is Breakwater Beach, which is a water park with a giant wave pool and several water slides. 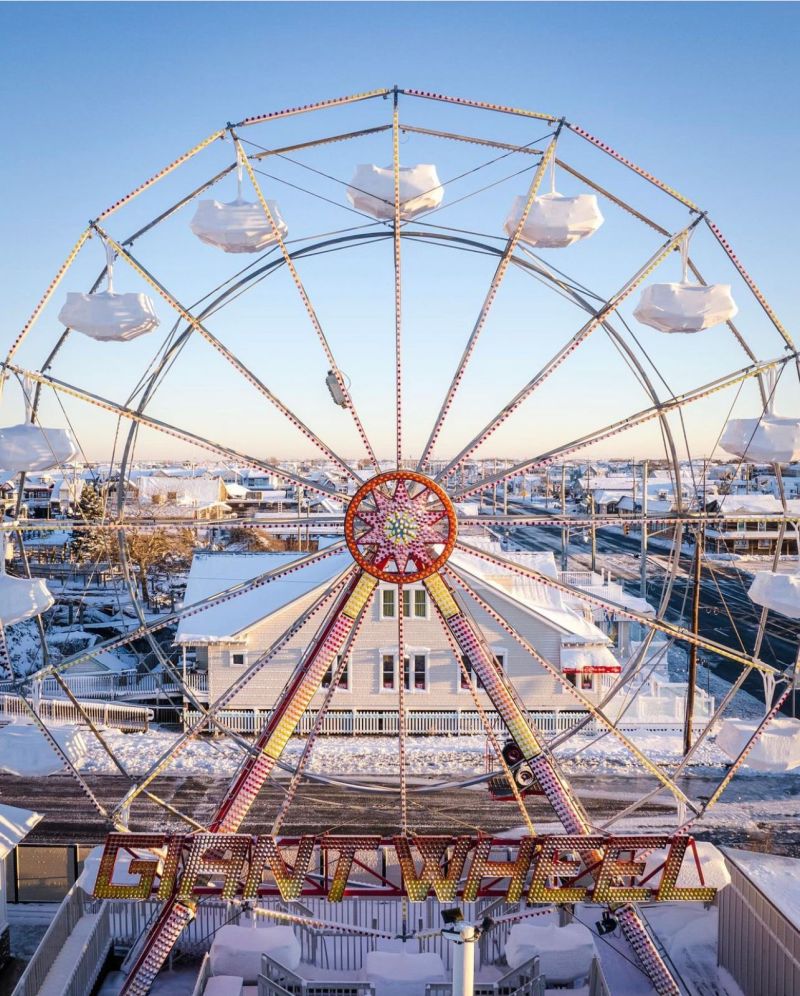 Fantasy Island is the only amusement park on Long Beach Island, and it’s sure to feel magical. Located in Beach Haven, this fantasy-themed attraction has been around since 1985.

It’s a smaller amusement park with about 20 rides made for younger children. Yet, in addition to the rides, there’s also an arcade, food court, and plenty of carnival games. Many of the rides are vintage-style, but still run smoothly.

The park is open on weekends year-round, but it’s open full-time from Memorial Day to Labor Day. It occasionally opens new rides to keep things exciting for young visitors. 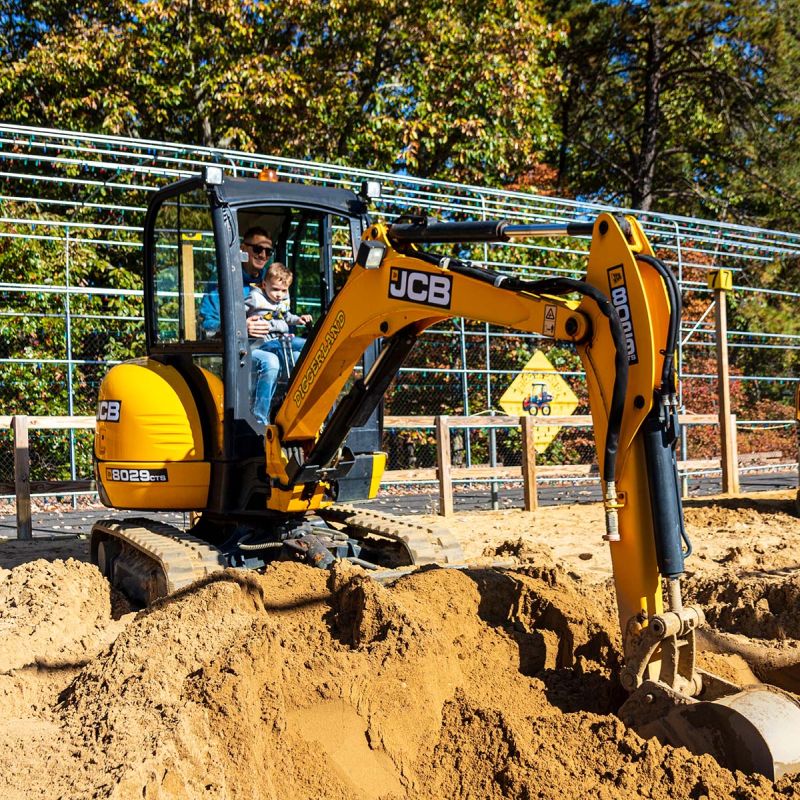 Diggerland in West Berlin is perfect for kids who are fascinated by construction machinery. Guests of all ages can operate different machines, such as tractors, dump trucks, and backhoes.

All of the rides at this park incorporate construction into their design. Many even use machinery as parts of the thrilling rides. There are also water park attractions that also have a similar design.

Despite being such a niche concept, Diggerland USA still has plenty of other unique attractions. Kids can also enjoy zipline courses, rock climbing, and a ropes course. It’s perfect for adventurous little ones. 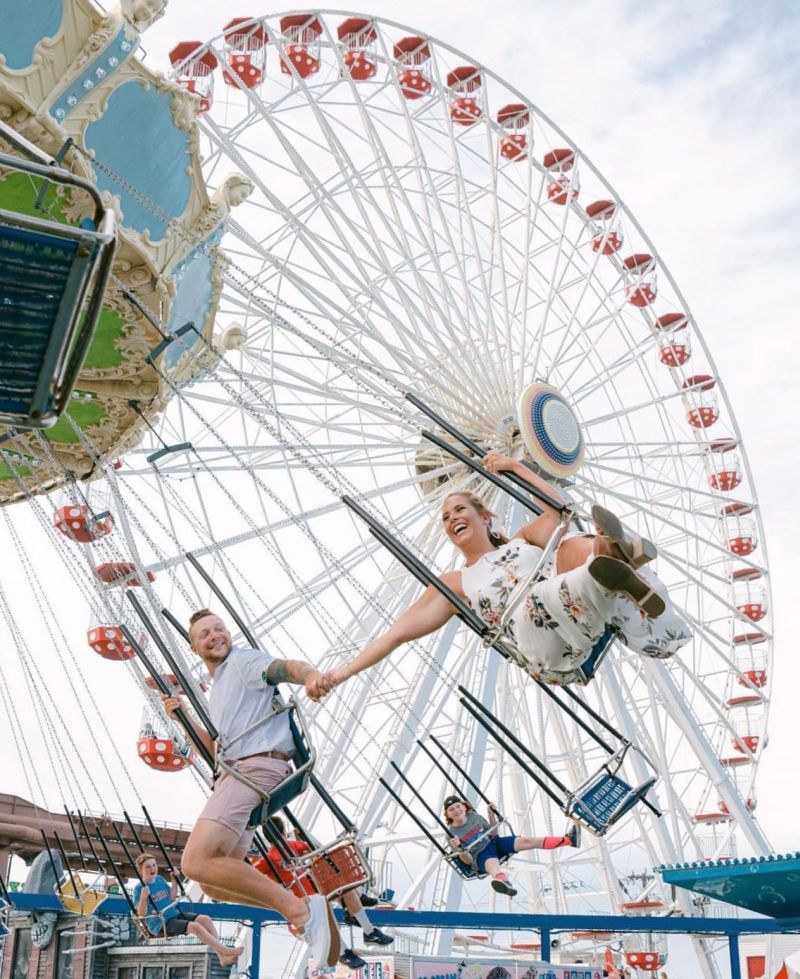 Like Casino Pier, Gillian’s Wonderland Pier is another pier full of amusement park attractions. It was founded by musician David Gillian, and it’s a historic pier park.

The 144-foot Ferris wheel stands out the most on the Ocean City pier, but it’s accompanied by many other rides, including roller coasters, a haunted dark ride, and a drop tower.

This amusement park is a popular place for birthday parties. It offers packages that give guests four hours at the park and 45 minutes in a party room for lunch and party favors. 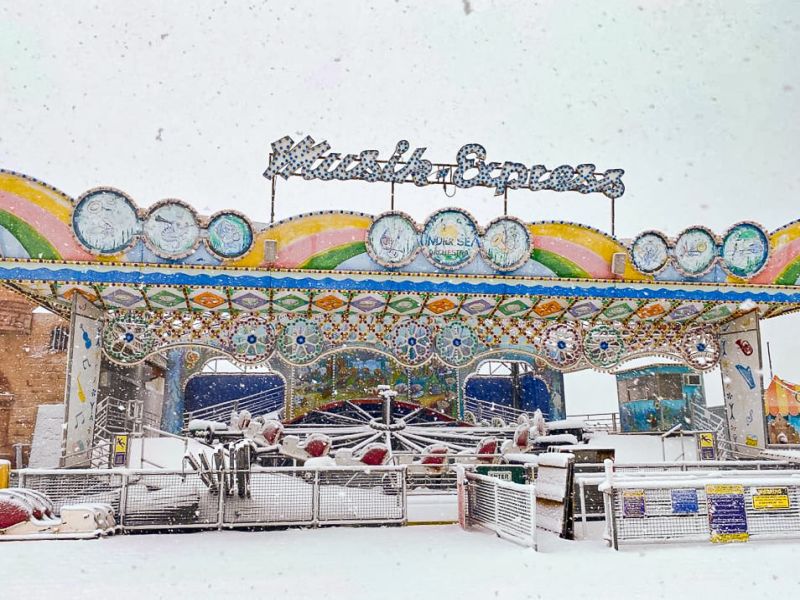 Morey’s Piers in Wildwood is an amusement park for all ages. The attractions take up three piers, allowing more space for guests than the other theme parks along the water. It’s the largest ride complex in Jersey Shore.

This amusement park hosts over 150 rides, including both steel and wooden coasters. You’ll also find bumper cars, a Ferris wheel, a giant drop, and a carousel. The water park area overlooks the ocean, and includes a lazy river and water slides.

The park has been around since 1969, and it’s family owned and operated. It’s in an excellent location, and it’s a favorite option for all ages. 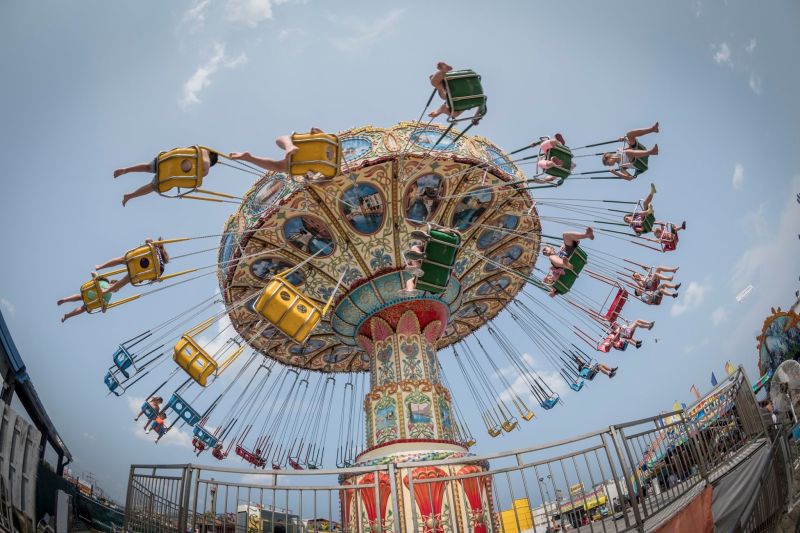 This smaller amusement park is located about a mile and a half from the beachfront at Pt. Pleasant Beach. It’s a mile-long boardwalk surrounded by a wide range for family-friendly attractions.

There are two small roller coasters, a drop ride, a carousel, a Ferris wheel, spinning rides, and bumper cars at this attraction. For toddlers, there’s an adorable train that goes around the kiddie area of the boardwalk.

If you’re not interested in rides, there are plenty of other attractions, including mini golf courses, a fun house, carnival games, an aquarium, and an arcade. 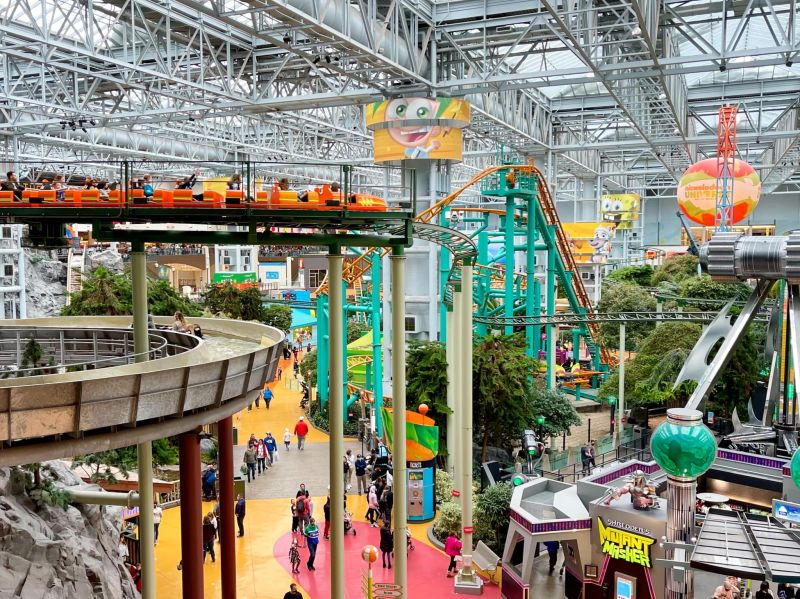 This East Rutherford attraction is the biggest indoor theme park in the Western Hemisphere. It’s a 300,000-square-foot park that has enough space for five roller coasters and plenty of other rides.

All the rides are designed after some of Nickelodeon’s famous TV shows, such as Spongebob and Rugrats. There are rides suitable for all ages. Younger visitors can even meet their favorite characters, such as Blue from Blue’s Clues and the Teenage Mutant Ninja Turtles. 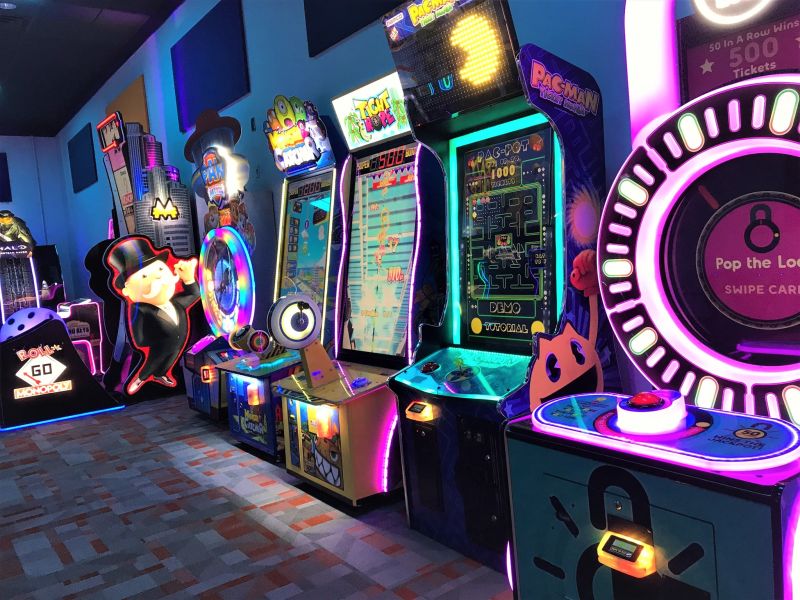 iPlay is one of the largest indoor amusement parks in NJ, and it has a variety of thrills for all ages. Plus, it’s one of the most affordable family attractions.

Some of the attractions at iPlay include a roller coaster, a drop tower, spinning rides, a ropes course, laser tag, go-karts, carnival games, and a 4D theater. Of course, there’s plenty of pizza and other concessions for kids to enjoy too.

iPlay often has seasonal events at its facility, including concerts. It also has Topgolf simulated golfing and mini bowling. 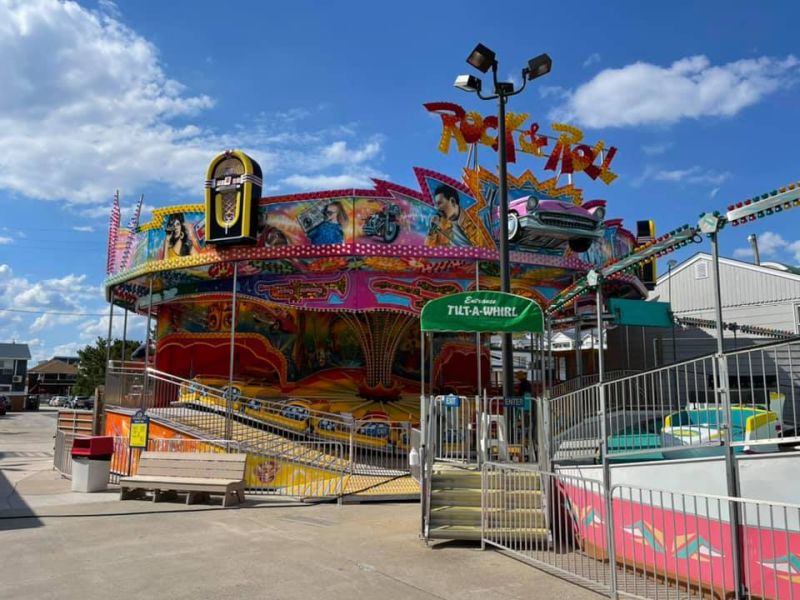 This Ocean City amusement park is located right along the boardwalk, making it one of the ideal spots on the Jersey Shore. It’s a great location for all ages to enjoy.

Some rides at Playland’s Castaway Cove include roller coasters, a freefall ride, spinning rides, and go-karts. There are also plenty of kiddie rides for younger guests. 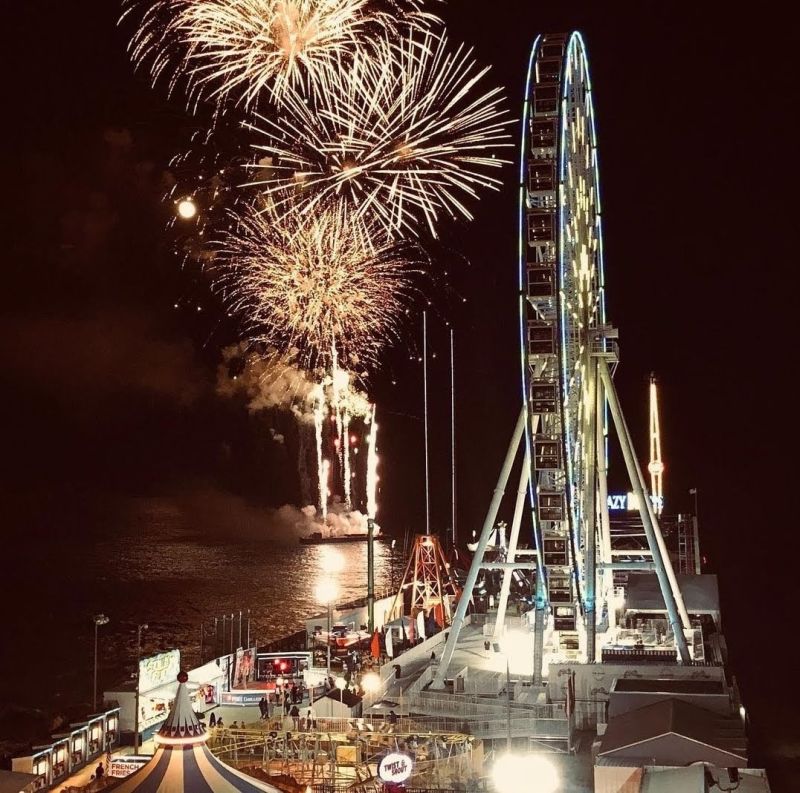 Steel Pier in Atlantic City is conveniently located next to a lot of New Jersey’s famous hotels, including the Hard Rock Hotel & Casino. It’s one of the most famous amusement park piers. It first opened in 1898, but it was rebuilt in the 1990s.

The pier is 1,000 feet long, and it has rides to cater to both young children and thrill-seekers. Some of the best rides include the massive Ferris wheel, the observation tower, a slingshot ride, and bumper cars. This park even offers helicopter rides above the city.

In addition to the rides, this amusement park also has plenty of food and games for all guests. It even has private space that can be rented out to guests. 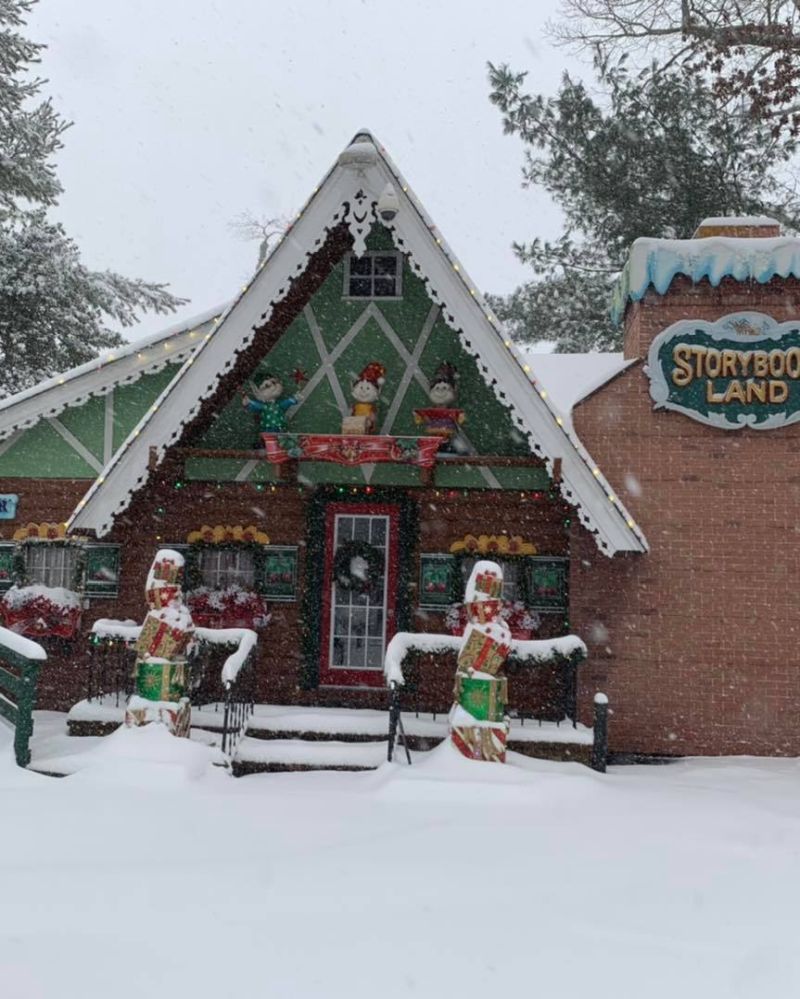 This family-owned amusement park in Egg Harbor Township is perfect for enhancing the imagination of young children. As you can imagine, every attraction is designed after different storybook characters.

Some attractions include a small roller coaster, a carousel, a small drop tower, and a train ride. Most of these rides are geared toward children.

The park is only open on select days, and in the winter, it hosts special holiday-themed events. It occasionally opens new rides, which still fit the adorable theme. 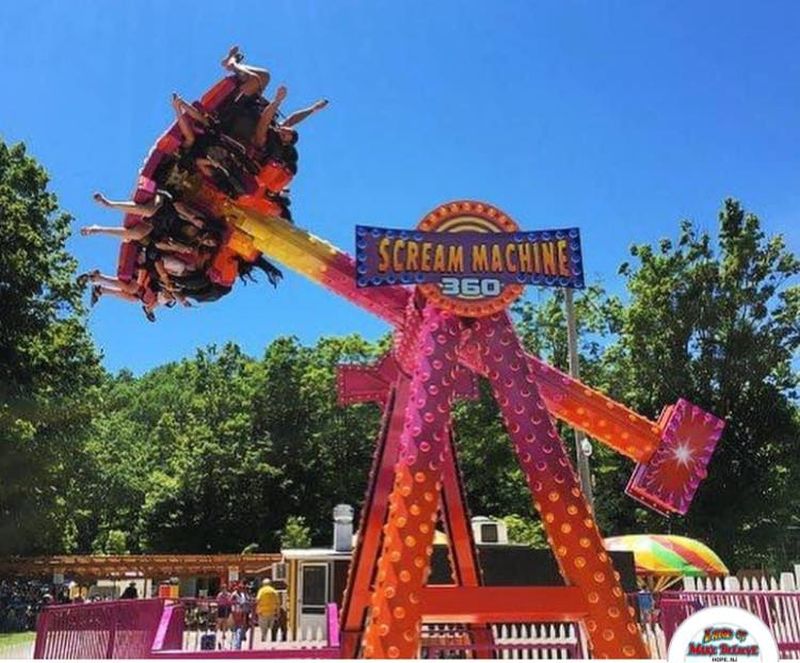 The Land of Make Believe is perfect for families with young children. It’s located in Hope, NJ, and it has a wide range of kid-friendly attractions and events.

The price of admission includes all of the park’s exciting attractions. There’s no shortage of things to do to keep kids entertained.

New Jersey often gets overshadowed by the nearby New York City, but it still has plenty to offer for families. There are lots of amusement parks in NJ, many of which are right along the water. Any of these 14 options are sure to bring some excitement to your family’s next vacation.