Houston, Texas is full of fun things to do, but sometimes you just need some road trips away from the city. Day trips and weekend getaways can be nice, but sometimes a road trip lasting several days or even weeks can be the perfect way to clear your head. 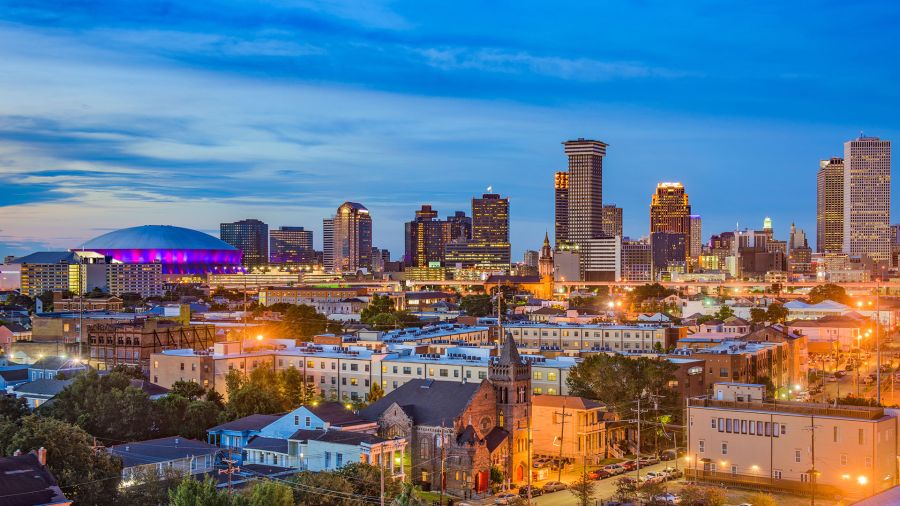 Since Texas is such a big state, it might not seem like there are many places to travel to, but here are 14 of the best road trips from Houston. 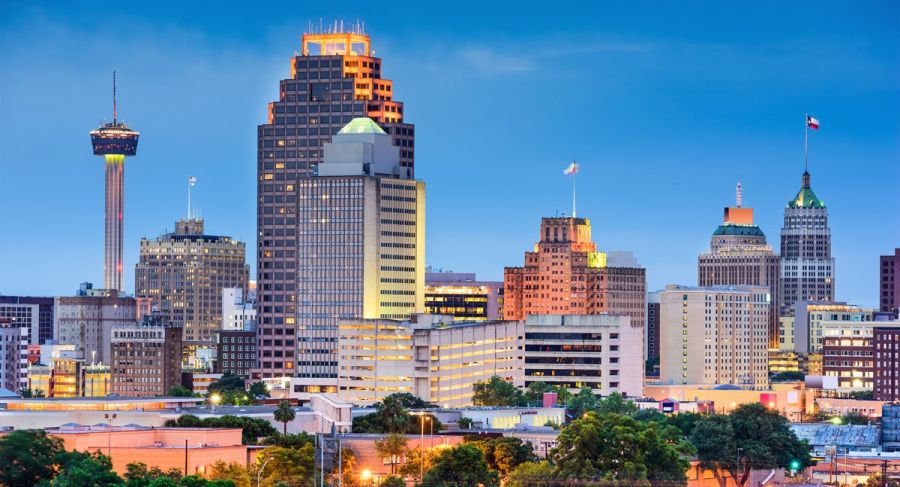 San Antonio is about a three-hour drive from Houston, and it’s one of the best road trips because it has so many fun things to do. It’s one of Texas’ most popular cities, thanks to its beautiful river walk, historic sites, and calm atmosphere. Some of the most popular things to do in San Antonio are The Alamo, SeaWorld, and Six Flags. Plus, it’s known for having lots of excellent dining options. There’s something for everyone in San Antonio. 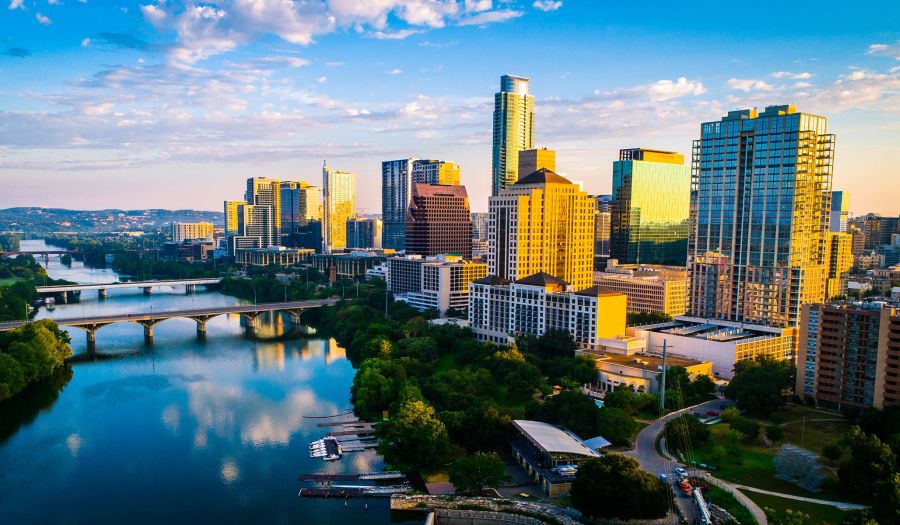 Austin, Texas is another big city located right by Houston. It’s the state capital and also the location of lots of music and entertainment. It’s known as one of the best places to live in the country, so it’s no wonder that people visit so often. It’s just over a two-and-a-half-hour drive from Houston, and it has plenty of fun things to do. Some popular tourist attractions include the Barton Springs Pool and the Capitol building. 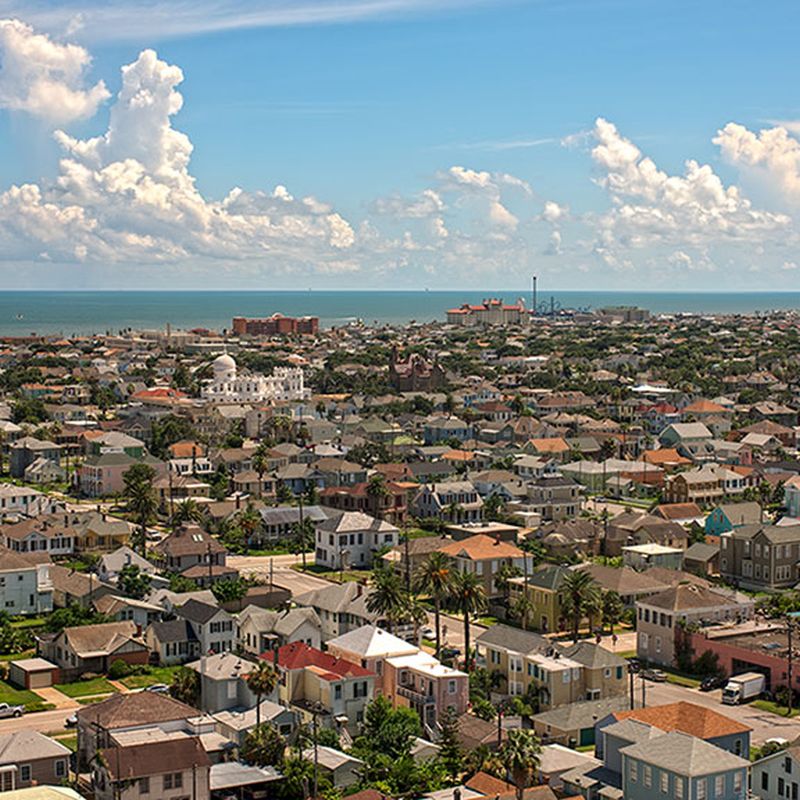 Galveston is arguably the most beautiful getaway in Texas. It’s a 30-mile-long island that’s only an hour away from Houston. It has several beaches, a pedestrian boardwalk, rides, and carnival games. There are many resorts situated right along the water, so your family will have a blast spending days at the beach. Boating, fishing, swimming, and water sports are just some of the many activities on the water that visitors enjoy.

New Orleans is a little more of a hike from Houston, with a drive of between five and six hours. Of course, it’s worth the drive though. Getting out of Texas can give you a unique change of pace to help you feel more like you’re on vacation. Plus, New Orleans is a city famous for music, food, and of course, Mardi Gras. You’ll never run out of things to do in this vibrant city, so it’ll be a road trip you’ll never forget. 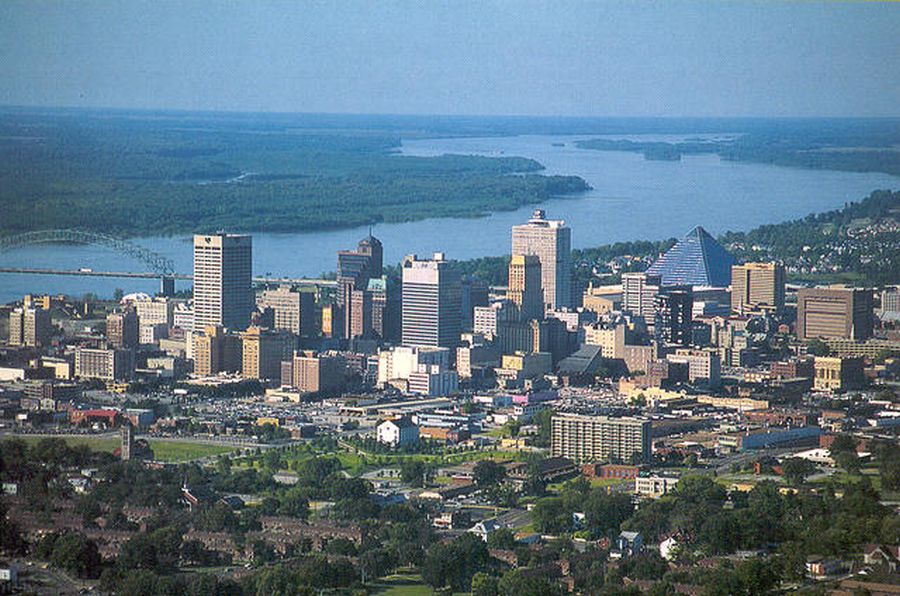 Memphis is by far one of the furthest road trips from Houston on this list, at about nine hours away. Yet, some families like to travel as far from their home state as possible. Memphis is a city known for music, especially blues and soul. Graceland, Beale Street, and the National Civil Rights Museum are just some of the city’s popular attractions. If you’re willing to still travel a little further, there are plenty of other cool things to do in Tennessee outside of Memphis too. 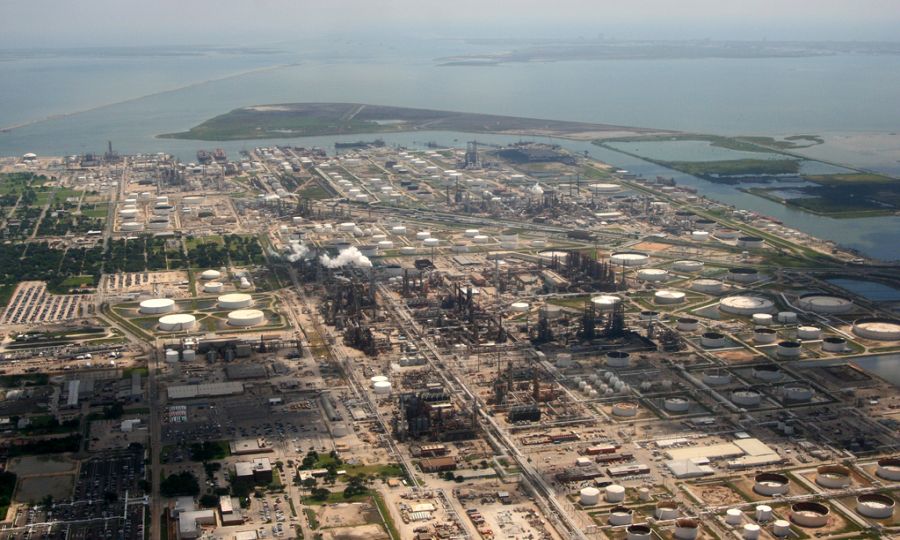 Despite being named after the entire state, Texas City is only a small city. It’s about an hour away from Houston, near Galveston. It’s a more relaxing getaway than other cities in Texas. It has lots of outdoor hiking trails and plenty of fascinating museums. It’s also along the Gulf of Mexico, so it has some of the most beautiful sunsets along the water. 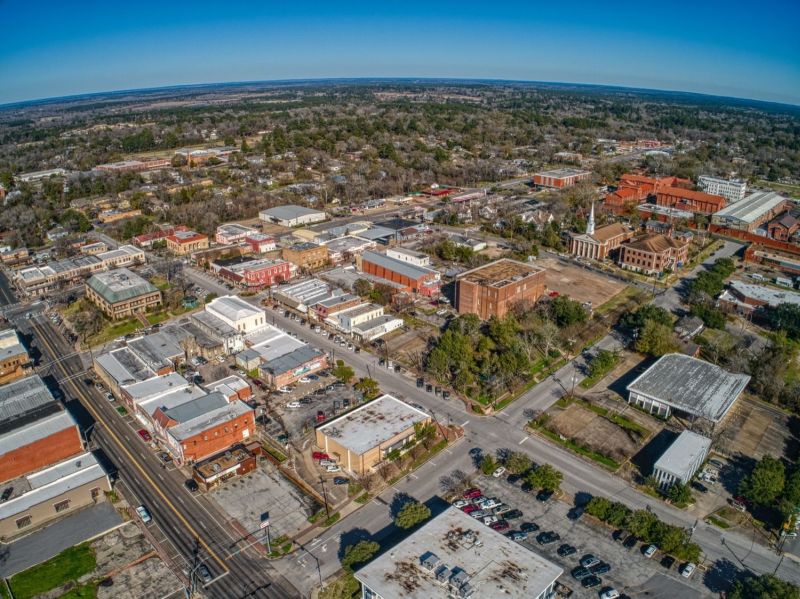 Hunstville is just under two hours away, and it’s home to the incredible Huntsville State Park. The area also has a lot of tributes to Sam Houston, a leader in the Texas Revolution. You can see the Sam Houston statue, visit the Sam Houston Memorial Museum, or even see the locations where he lived and where he died. In addition to that fascinating history, Huntsville is also home to a beautiful blue lagoon. 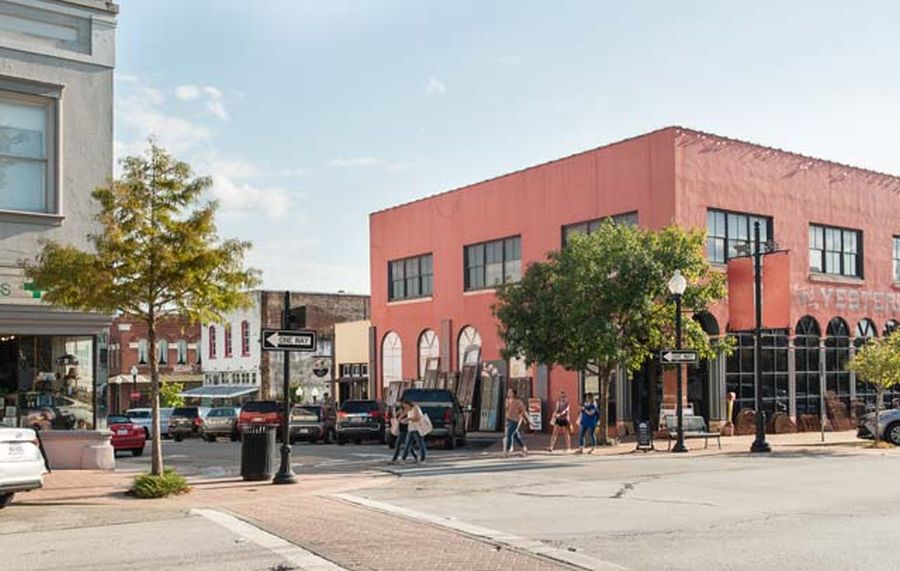 Brenham is one of the more overlooked road trips from Houston. It’s a small city, so it’s like a breath of fresh air from some of the much busier locations. It has lots of bluebonnet fields, vineyards, and outdoor parks for days with great weather. There’s also a series of Texas museums, along with spas for the ultimate relaxation. Being just over an hour away, Brehnam is a unique oasis that many Texas residents forget about. 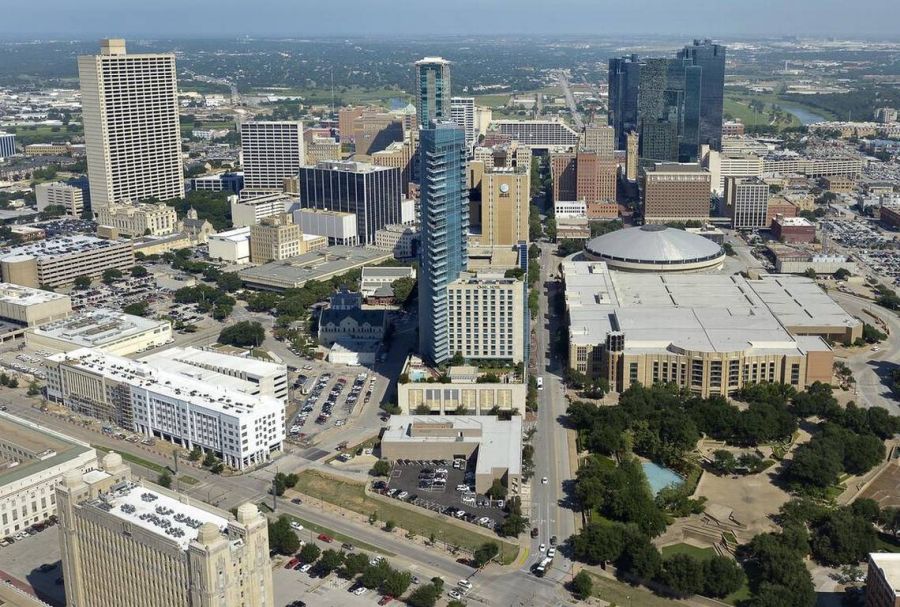 Dallas is one of the less favored big cities in Texas, but Forth Worth is right beside it, which is certainly worth visiting. It’s about four hours away, and it’s far different than the atmosphere in Houston. It has a cultural district, a zoo, and the Kimbell Art Museum, which is one of the highest rated museums in the country. Plus, there’s no shortage of great dining options.

Seguin is a beautiful, underrated town in Texas. It’s about two and a half hours west of Houston, and it’s perfect for families who love spending time outside. Some of the exciting attractions are live music festivals, kayak rentals, and the World’s Largest Pecan. It even has sandy beaches, where you can lounge in the sun or go for a swim. In the middle of Seguin’s Lake Placid, you’ll even find a cool island that you can enter only by reservation. 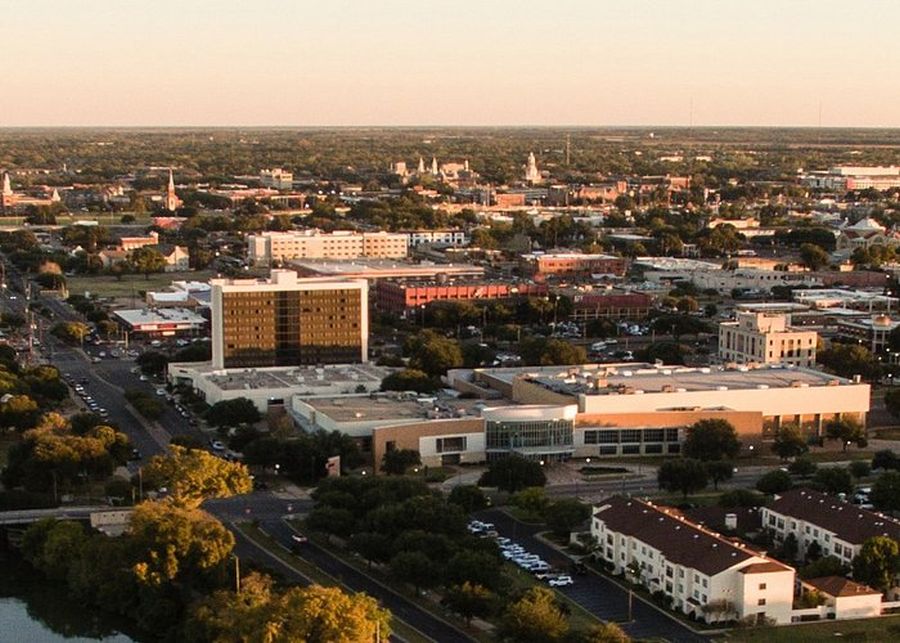 This central Texas city is about three hours away from Houston. It’s famous for its Magnolia Market, but it has a lot more to offer than just that. Some other Waco attractions are the Flagship Home from HGTV, the Waco Mammoth National Monument, and the Texas Rangers Hall of Fame and Museum. Plus, there are plenty of scenic trails for tourists to explore. 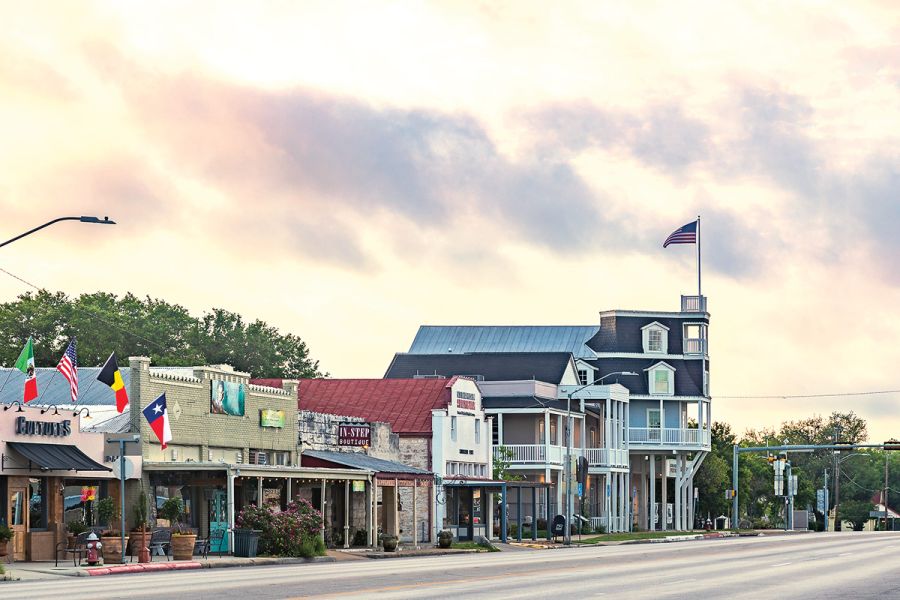 Fredericksburg is quaint, beautiful, and captivating. It has lots of nature sights, along with popular shopping centers. It’s home to several great wineries and dining options. Some of the must-see attractions in Fredericksburg are the Lady Bird Johnson Municipal Park, the Pioneer Museum, and the Enchanted Rock State Natural Area. At the top of Enchanted Rock’s mountain trails, you’ll find gorgeous views of Texas. The trip to this unique city is just over four hours away. 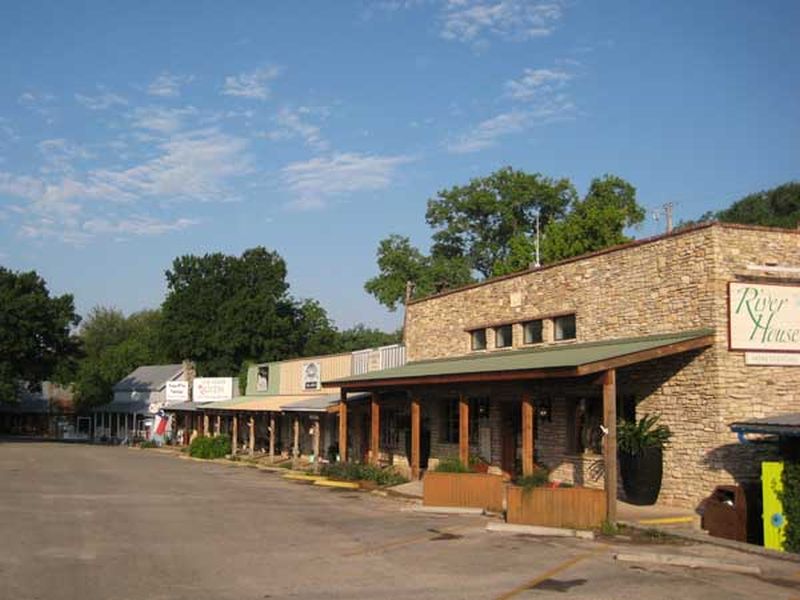 If you’re looking to hop in the water during one of your road trips from Houston, then Wimberley might be the destination for you. It’s famous for swimming and tubing, thanks to Blue Hole Regional Park and Jacob’s Well. Plus, it’s only about three hours away. Another classic attraction is the Corral Theatre, which is an adorable drive-in movie theater. In the warmer months, there are also many markets and other events going on.

Three Rivers, Texas is home to Rio Frio which is one of the best rivers you’ll ever visit. It’s about three and a half hours from Houston. Since it’s a spring-fed river, the water is crystal clear, with an average temperature of 68 degrees Fahrenheit. This river makes the perfect tubing trip, and it even has some rapids and waterfalls along the way. Near the river, you’ll also find Garner State Park, which is considered one of the best parks in Texas.

If you need a break from life in Houston, then there are plenty of opportunities to go on a road trip. Whether you want to travel to another busy city or a more serene nature space, you’ll find the perfect destination. So, consider one of these 14 road trips from Houston for your next adventure.