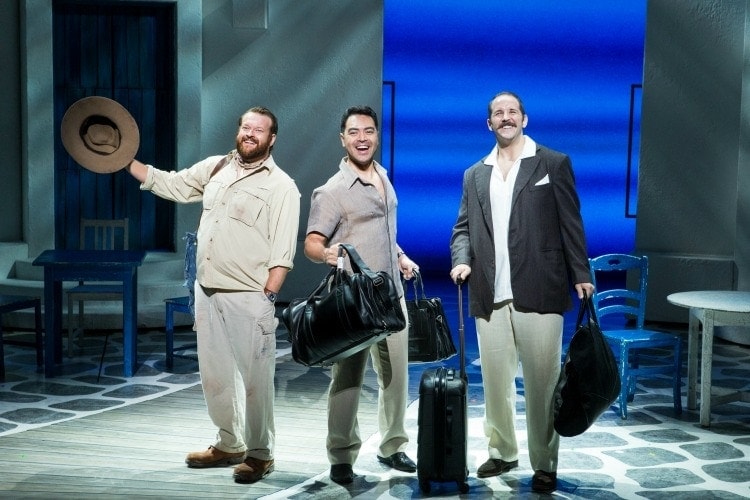 It’s been 19 years since MAMMA MIA!opened in London’s West End on April 6, 1999. It is one of the most successful musicals of all time and has been seen by over 60 million people worldwide in 50 productions and in 16 different languages. MAMMA MIA! is the eighth longest running show in Broadway history where it ran from 2001 to 2015. On October 3, 2013 the North American tour was launched in Orlando, Florida and this week MAMMA MIA! makes its farewell stop in Atlanta at the Fox Theatre from June 13-18 as a Fifth Third Bank Broadway in Atlanta season special.

MAMMA MIA! is the story of Sophie, a soon-to-be bride, who is trying to figure out which one of three men is her father so he can walk her down the aisle at her wedding taking place at her mom’s resort on a Greek island.
Unbeknownst to her mother Sophie poses as her mother and invites all three men to the wedding in hopes that she will know by looking at each of them which one is her father. The musical takes place over the span of only two short days but in that time the relationship between a mother and daughter grows stronger, old friends reunite, and new family is found.

The heartwarming yet comical story is told through the popular and catchy lyrics of over 20 songs by Abba, the Swedish pop group from the 70’s/80’s. Anyone who is an Abba fan from back in the day couldn’t  help but sing along to hits like “Dancing Queen”, “S.O.S.”,  and “Take a Chance on Me.”

One of my favorite parts was the Encore just when we thought the show was over the entire cast took the stage for about 20 minutes and had the audience singing along and dancing in the aisles to songs almost everyone knows my heart even if you didn’t realize it.

It was only fitting that I was able to take my mom to see MAMMA MIA! not only because of the mother-daughter relationship that is highlighted throughout the musical but it also happens to be my mom’s favorite musical of all time!

In my opinion, this musical is targeted more for an adult audience but there were children there as well. Some of the adult content probably went over their heads and they enjoyed the music as much as the adults. There were strobe lights and fog in some scenes.

You have one last chance to see this amazing performance at The Fox Theatre June 18th! 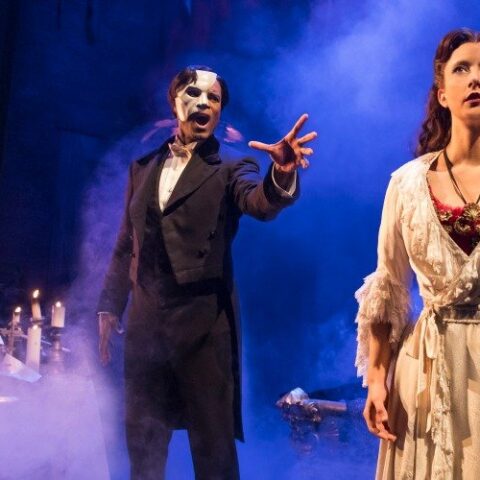 The Phantom of the Opera at The Fox Theatre 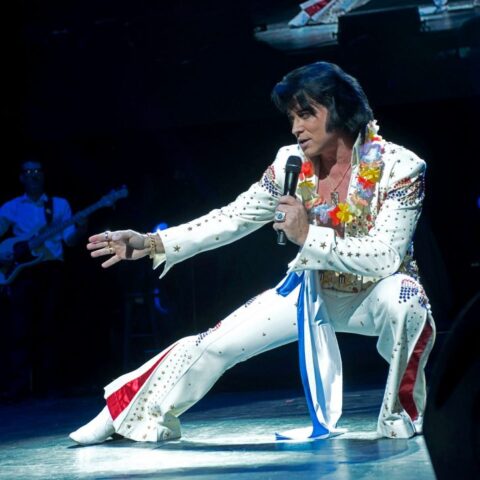 Interview With Sharna Burgess | Dancing With the Stars LIVE