Home » 10 Things to Do in Naperville IL
Family Travel

There are lots of exciting things to do in Naperville, Illinois, but they’re often overshadowed by the excitement of Chicago. Naperville is a western suburb of Illinois’ biggest city, so it’s often overlooked as a vacation destination. It might be more laidback and simple than Chicago, but it’s certainly worth a visit. Naperville is full of beautiful nature sights that people of all ages can enjoy. So, if you’re looking for some time away from busy cities, consider looking for some things for your family to do in Naperville. 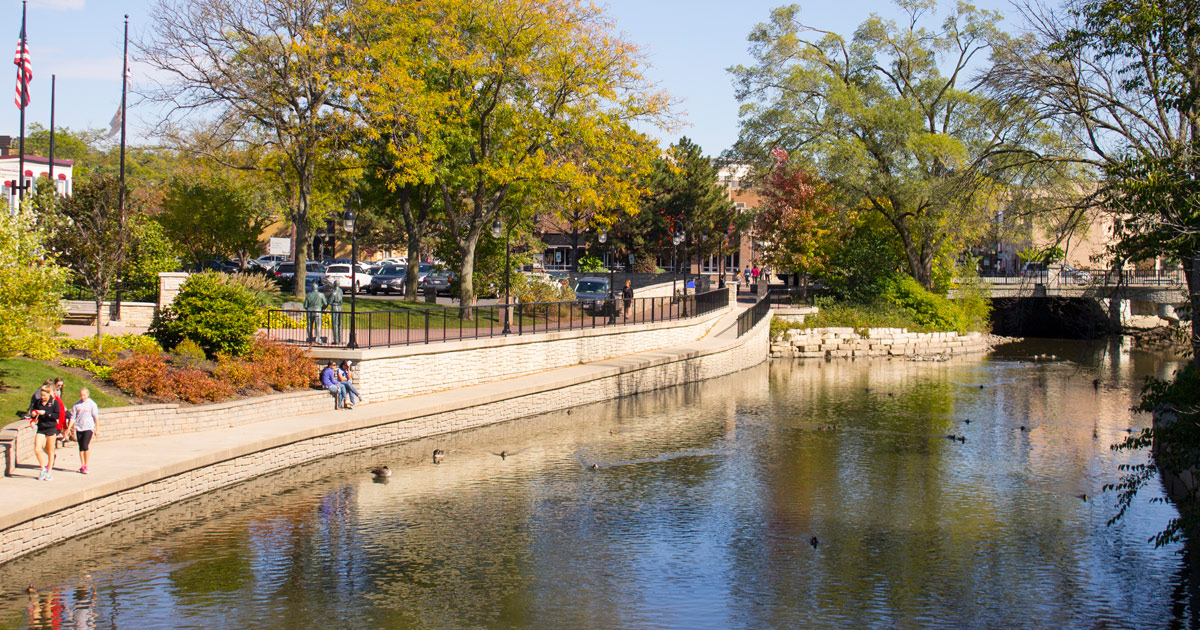 The Naperville Riverwalk is the perfect opportunity to get a glimpse at the heart of the city. This two-mile path follows the DuPage River, with lots of beautiful sights, including fountains, bridges, memorials, and sculptures. It’s not made for intense jogging or biking, but instead, it can be a relaxing walk for you and your family. Many Naperville attractions sit right along this walkway, including a 72-bell musical tower, the Centennial Beach, and a paddleboat quarry. If the weather is nice, it’s the perfect way to travel from one attraction to the next.

Naper Settlement is an outdoor living history museum that can easily be accessed from the Naperville Riverwalk. It has 12 acres of historical buildings, and staff reenact what life was like during pioneer times. On the property, there are two original buildings from the 19th century, one of which is a mansion built in 1883. There are over 30 other structures to explore too. There are lots of tours held at this museum and it’s a common field trip for schools. During the winter months, the visitor center remains open, but most of the outdoor exhibits close for the season. It’s the perfect family trip because it’s both educational and fun.

This is a beautiful park area located about 10 miles away from the downtown area. It was once the estate of Colonel Robert R. McCormick, who was an editor for the Chicago Tribune. Today, it’s simply a beautiful location to walk around and explore, with plenty of natural and educational aspects. You can even take a self-guided tour through 30 acres of gardens to immerse yourself in the park’s stories. If you’re looking to learn even more, you can stop in the visitor center to see a 3D map of the estate. On-site you will find the First Division Museum, a golf course, dining, trails, and occasional concerts. It’s so much more than just your average county park.

The Morton Arboretum is another living museum and one of the best things to do in Naperville if you want to get in touch with nature. It has 1,700 acres of trees, shrubs, and plants from all over the world. According to its online database, it’s home to over 4,000 different plant species. It’s even open year-round so you can enjoy the sights and trails during every season. Additionally, it has many places to explore on-site, including a library, herbarium, tree research program, interactive children’s garden, and even a maze. What better way to escape big cities and get in touch with the environment? 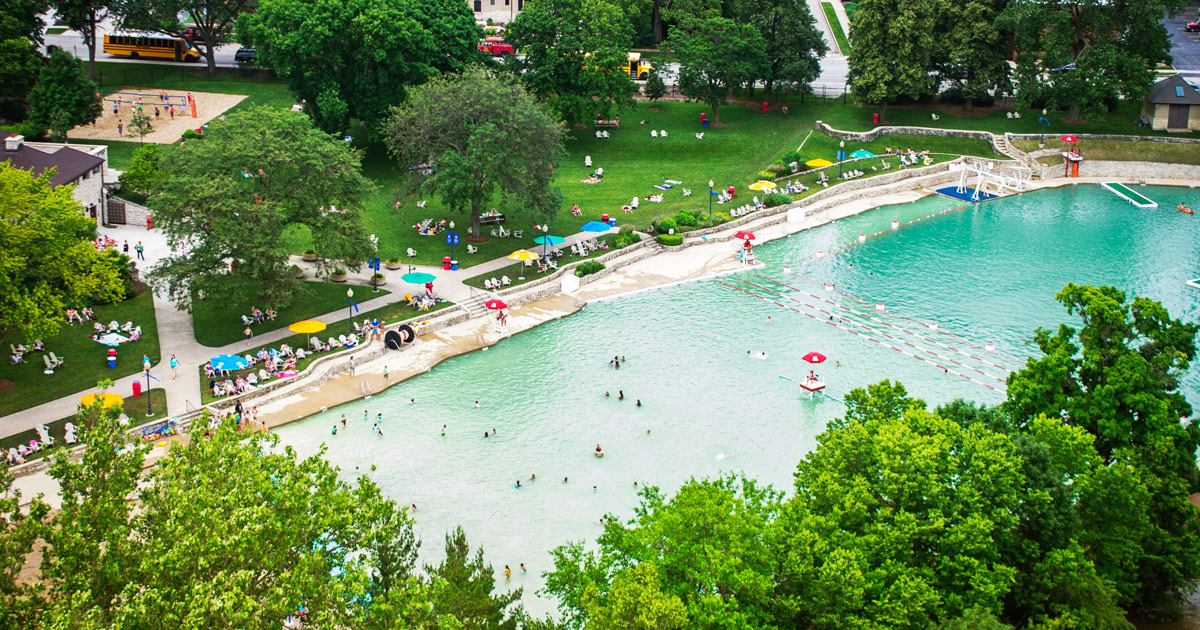 Of course, every great vacation needs a beach. The Centennial Beach might not be along the ocean or even a natural lake, but it’s still loads of fun. It’s a six-acre aquatic park with water that’s sourced from Lake Michigan. It might be a massive swimming pool, but it still has sand and lawn chairs to make the beach experience as authentic as possible. The pool has a zero-depth entry, and it goes as deep as 15 feet. It has slides, fountains, and other water attractions that are suitable for all ages. This location also includes dining, volleyball courts, and a skate park. Plus, it’s conveniently off of the Naperville Riverwalk. It’s the best way to spend a sunny day in Illinois. 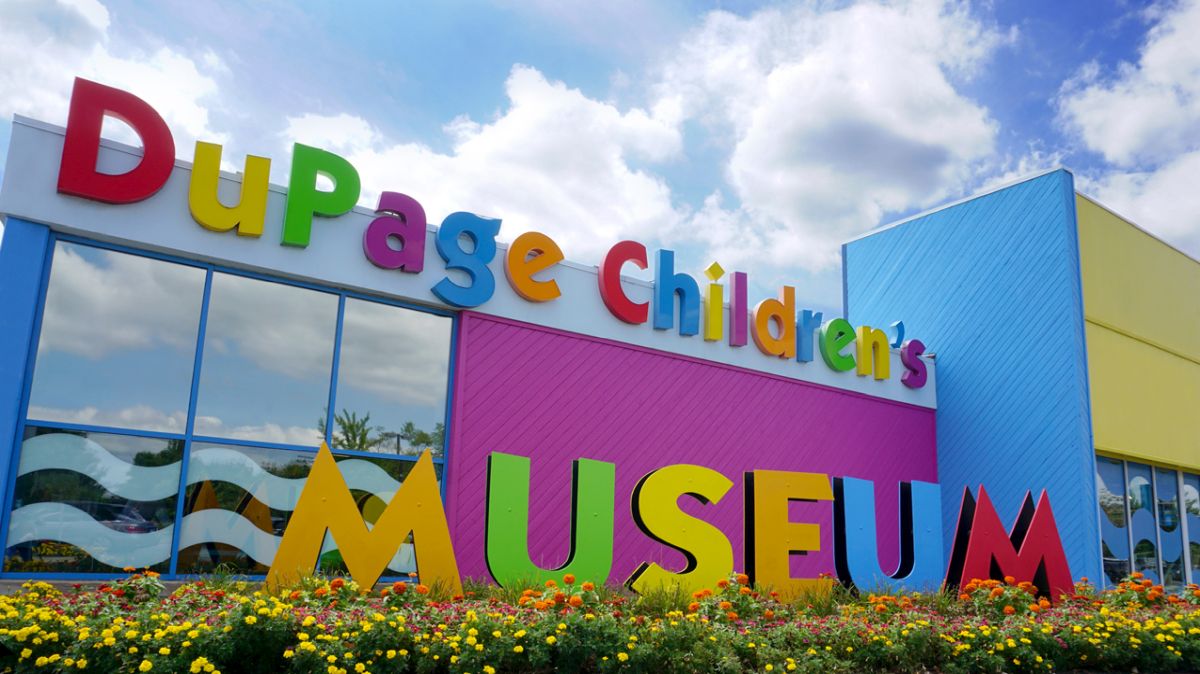 Naperville is a great city for families because there are so many kid-friendly attractions. The DuPage Children’s Museum is a year-round attraction found on the outskirts of the Naperville Historic District. It has three floors of interactive exhibits, including concepts like sensory input, physics, construction, and energy sources. It also hosts programs, parties, and birthdays for kids. The museum is an exciting place for any kids from toddlers to elementary grade kids. Children’s museums are the ideal way to make learning exciting for kids, which is why you should consider this stop on your Naperville trip. 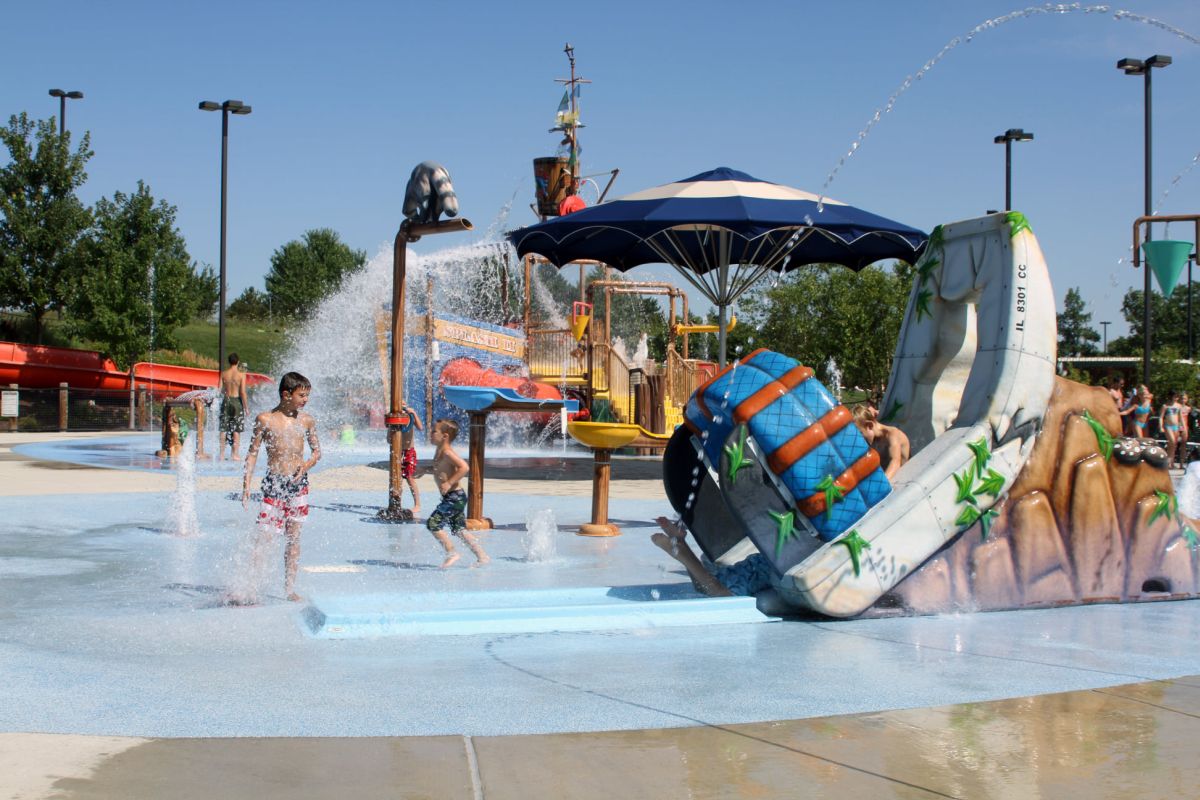 Like the Centennial Beach, the Cypress Cove Family Aquatic Park is another great way to cool off on a warm day. It has excitement for all ages, including a sandy area that makes it feel just like the beach. It has all your typical water attractions, including slides, a wave pool, and a lazy river. Each part of the park is named after a different aquatic animal, such as Alligator Alley, Pelican’s Plunge, and Bullfrog Bayou. It’s located quite a bit further from downtown Naperville, but if you’re traveling with a family on a hot day, it’s worth the extra drive. 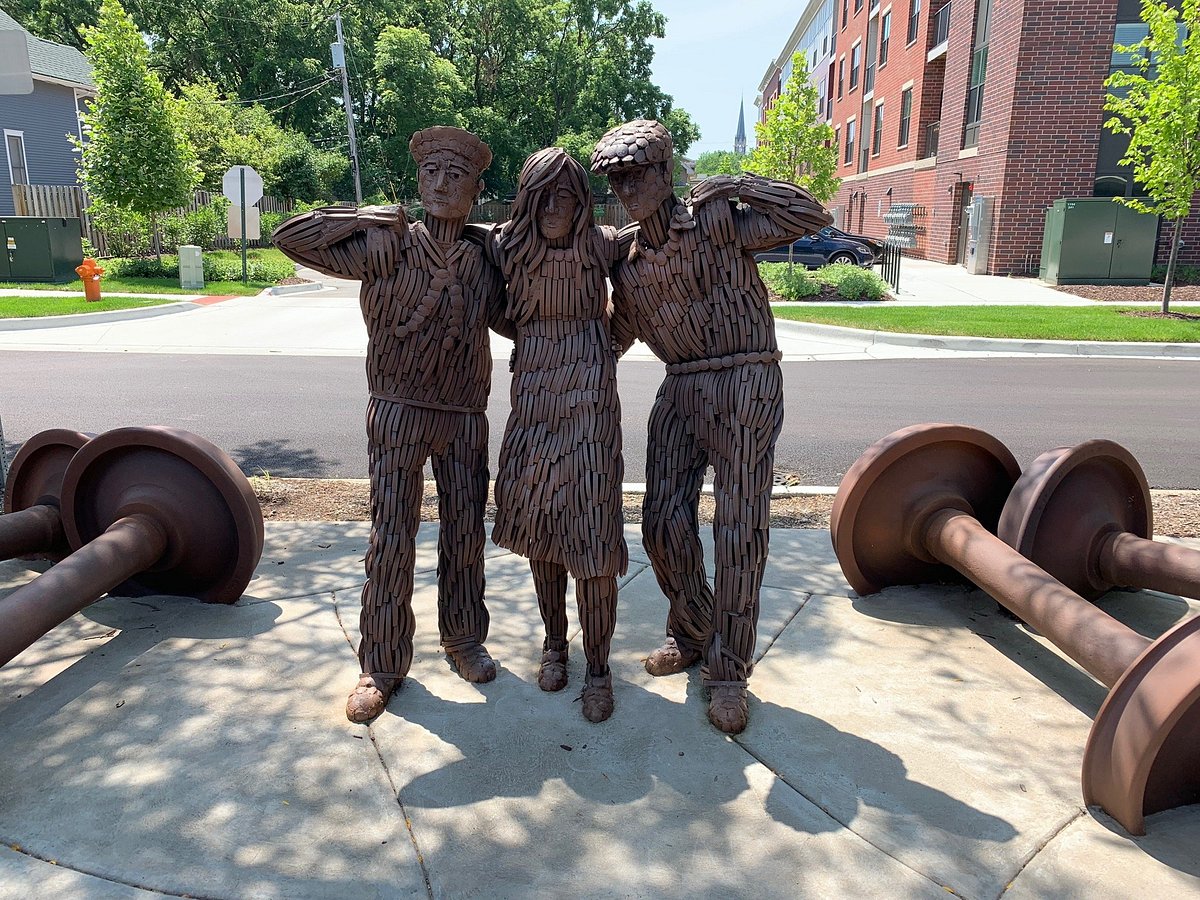 If you love trying new foods, then the Bite and Sites Food Tours are some of the best things to do in Naperville. These are guided walking tours that take you around Naperville, showing you the city’s history, culture, and architecture. On top of that, you’ll get to enjoy lots of the local food and drinks. It includes stops at a pub, chocolate shop, tea shop, and pizzeria. It’s a great way to get a tour of the city, learn some interesting facts, and satisfy your hunger. It’s only open seasonally, so be sure to catch one of these tours while the weather is warmer.

The Herrick Lake Forest Preserve has over 887 acres of outdoors to explore. It’s another adventure that’s perfect for summer days. While walking around, there are over 250 wildlife species and 470 plant species to witness. You can simply walk around, or you can partake in a more eventful outdoor adventure, such as cycling, hiking, picnicking, boating, fishing, or even horseback riding. During the winter, cross-country skiing opportunities are available too. This forest preserve is located about 5 miles from Naperville, and it’s the perfect nature getaway for any adventurous families. 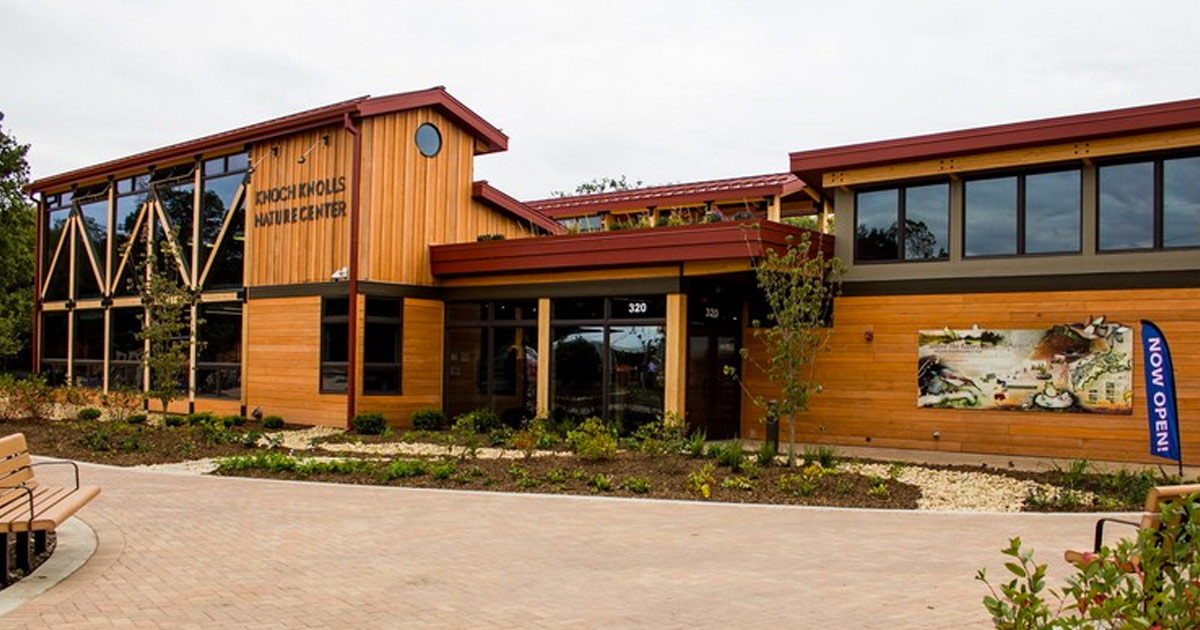 Finally, the Knoch Knolls Nature Center on the southern edge of the city is another great outdoor experience in Naperville. It’s full of relaxing sights like bridges, creeks, rivers, and ponds. It has plenty of hiking and biking trails available to guests, along with a boat launch. If you have kids along, there’s a picnic area, disc golf course, and nature-themed playground that’s suitable to children ages 2 to 12. There are also plenty of classes and programs available, where kids can meet resident animals in the nature center, such as salamanders, turtles, and snakes.

There are so many beautiful things to do in Naperville, but they’re best experienced during summer months. It might not be as busy and chaotic as a Chicago vacation, but many families prefer the serene events of Naperville. Hopefully, these ten exciting activities helped make your vacation planning a little bit easier! 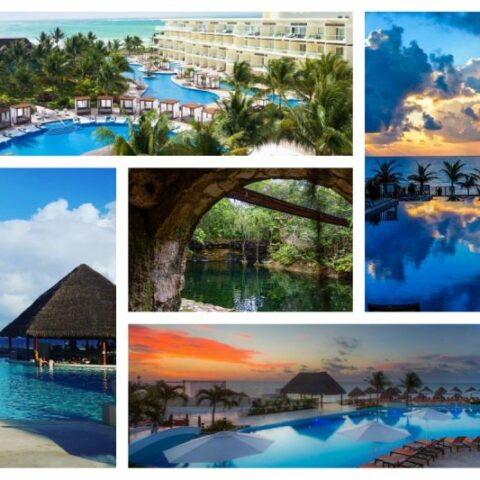 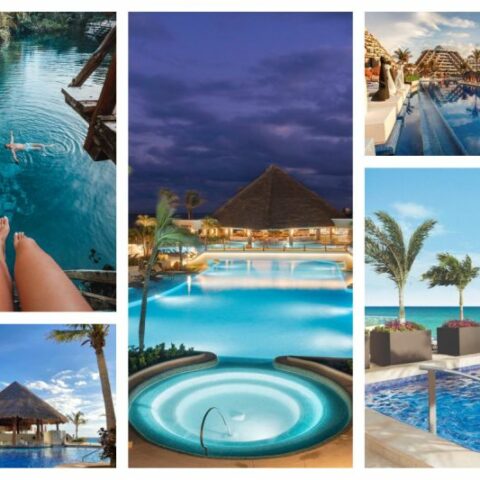 12 Best All Inclusive Resorts in Cancun for Families 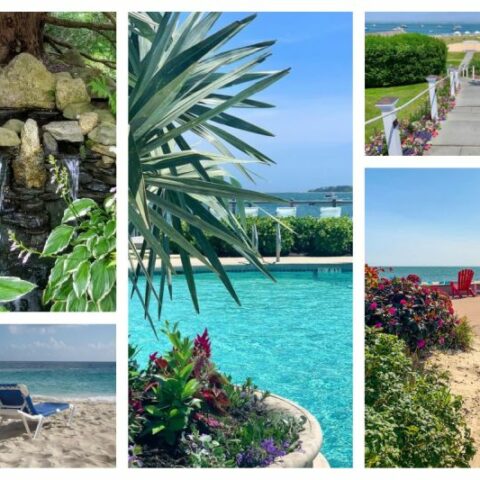 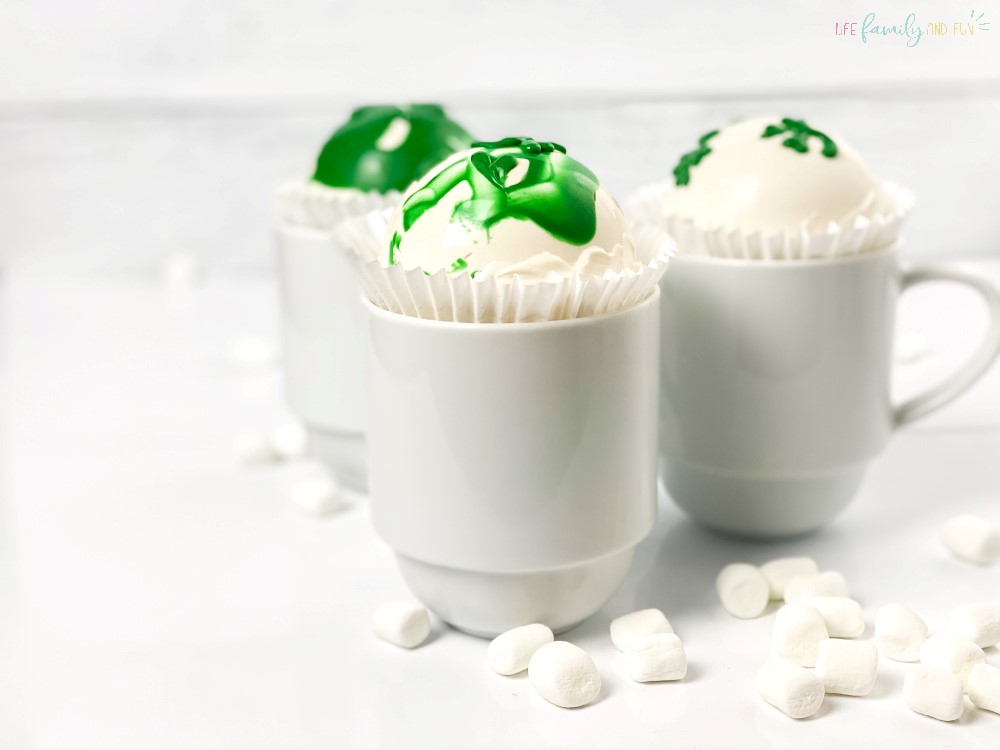 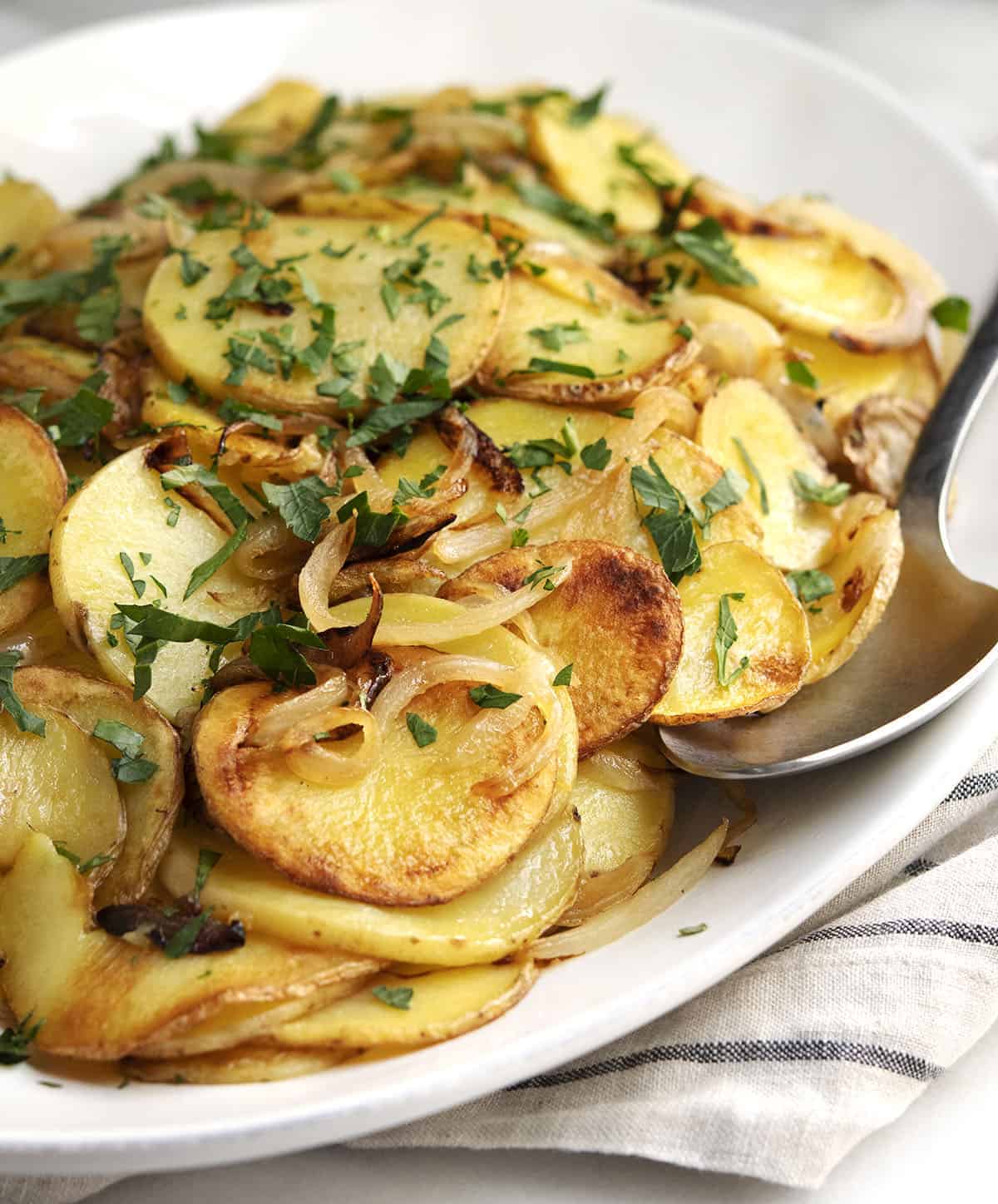 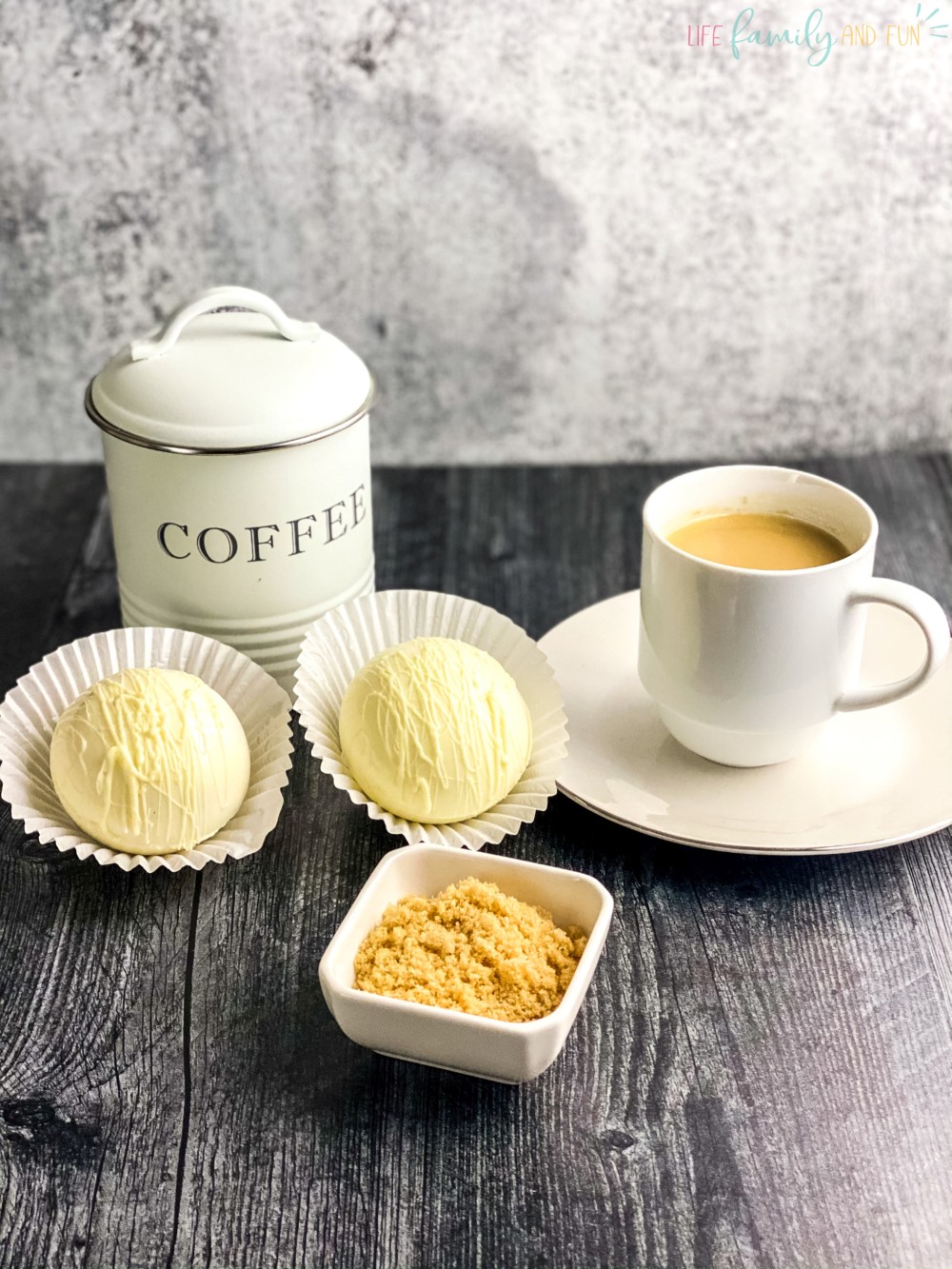 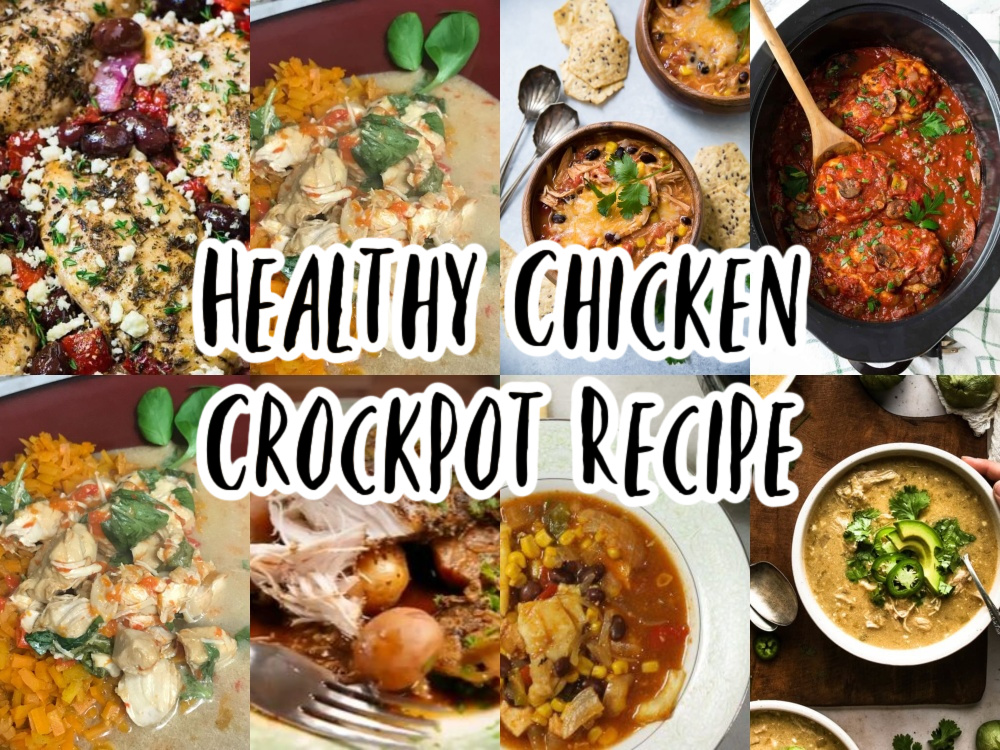