This post is in partnership with Stone Castle Hotel and Branson attractions. My accommodations and tickets were provided to me to help facilitate this review, but my opinions are always my own.

Explore the Magic of Christmas with The Showboat Branson Belle and Silver Dollar City. The holidays are about so much more than gift giving and receiving, and Branson is one place in the world that truly encompasses that.

Have you ever visited a place that literally took your breath away? Throughout the years of my life, I’ve traveled quite a bit. I’ve been to shows all over the states, eaten at restaurants in varying zip codes and celebrated the holidays in multiple towns, but I can honestly say it wasn’t until I visited Branson during Christmas that I truly understood just how calm, beautiful, entertaining and amazing the spirit of Christmas can be. 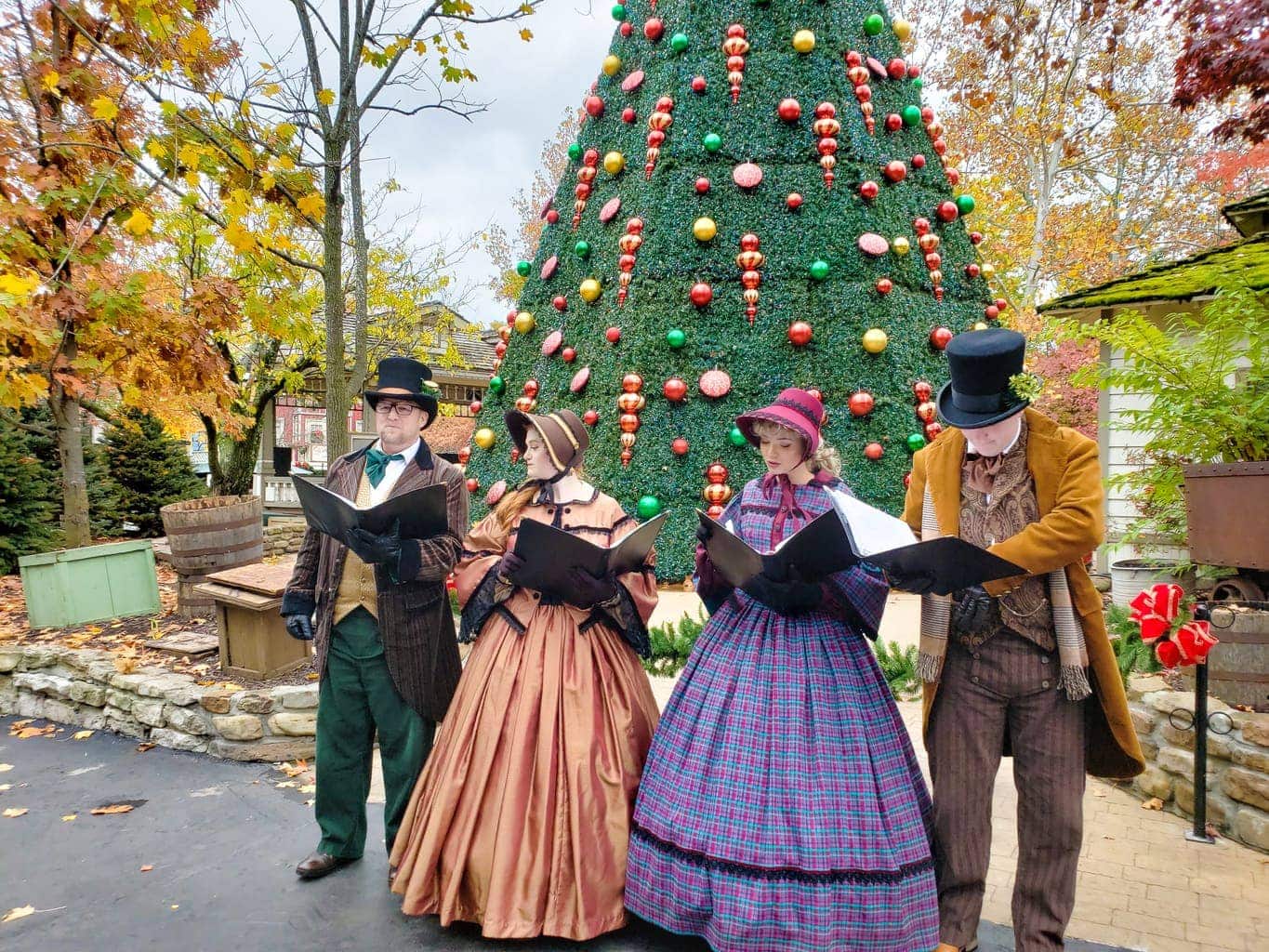 Reuben Branson helped put Branson on the map starting in 1882 with a general store and a post office. With those two stores, the rest of Branson is history. Slowly, the word spread of those “beautiful southern hills” and more and more people began to explore everything that could be a possibility. Once the entrepreneur bug hit the area, the ball of building Branson to the entertainment capital of Missouri really started to roll!

Historical events of Branson that are important: 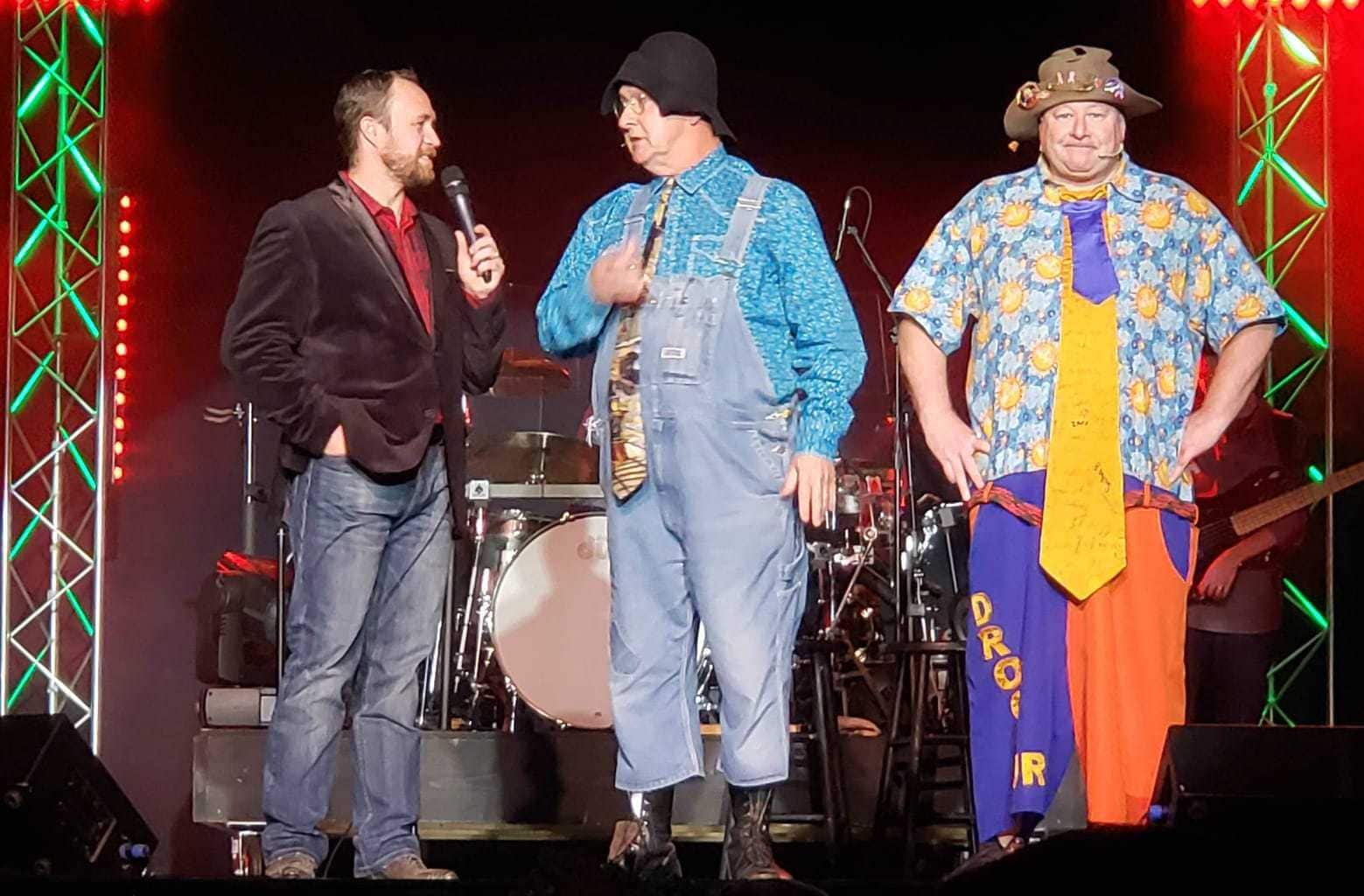 While this isn’t the entire history of Branson, MO (seriously, it’s amazing!), it’s just a little sneak peek of how this amazing town got its start and grew to be one of the most magical places on Earth. 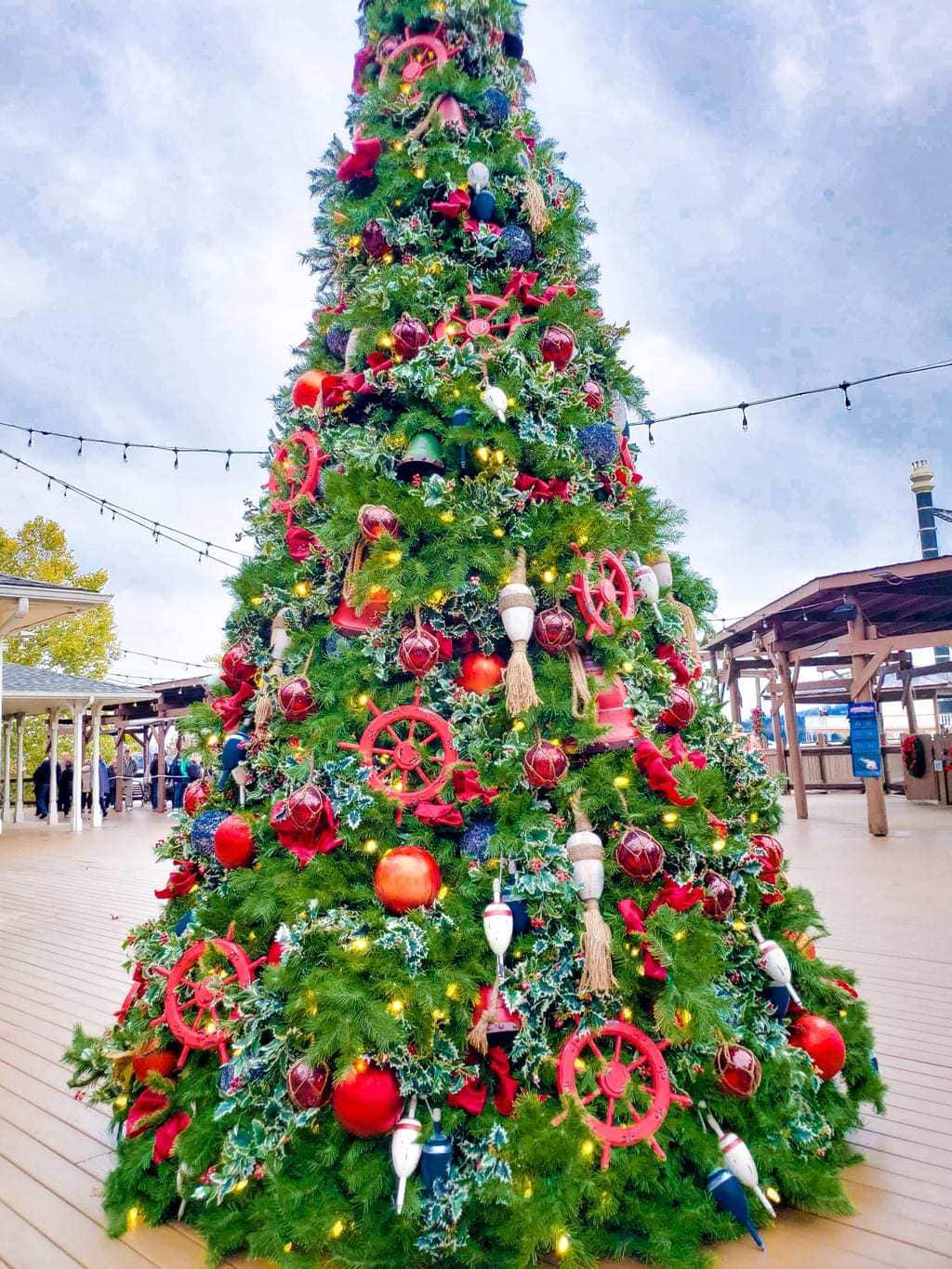 Exploring the Magic of Christmas At Silver Dollar City:

If you’ve ever wondered just how many Christmas lights it’s possible to have in one location, Silver Dollar City met, exceeded and dominated that question. 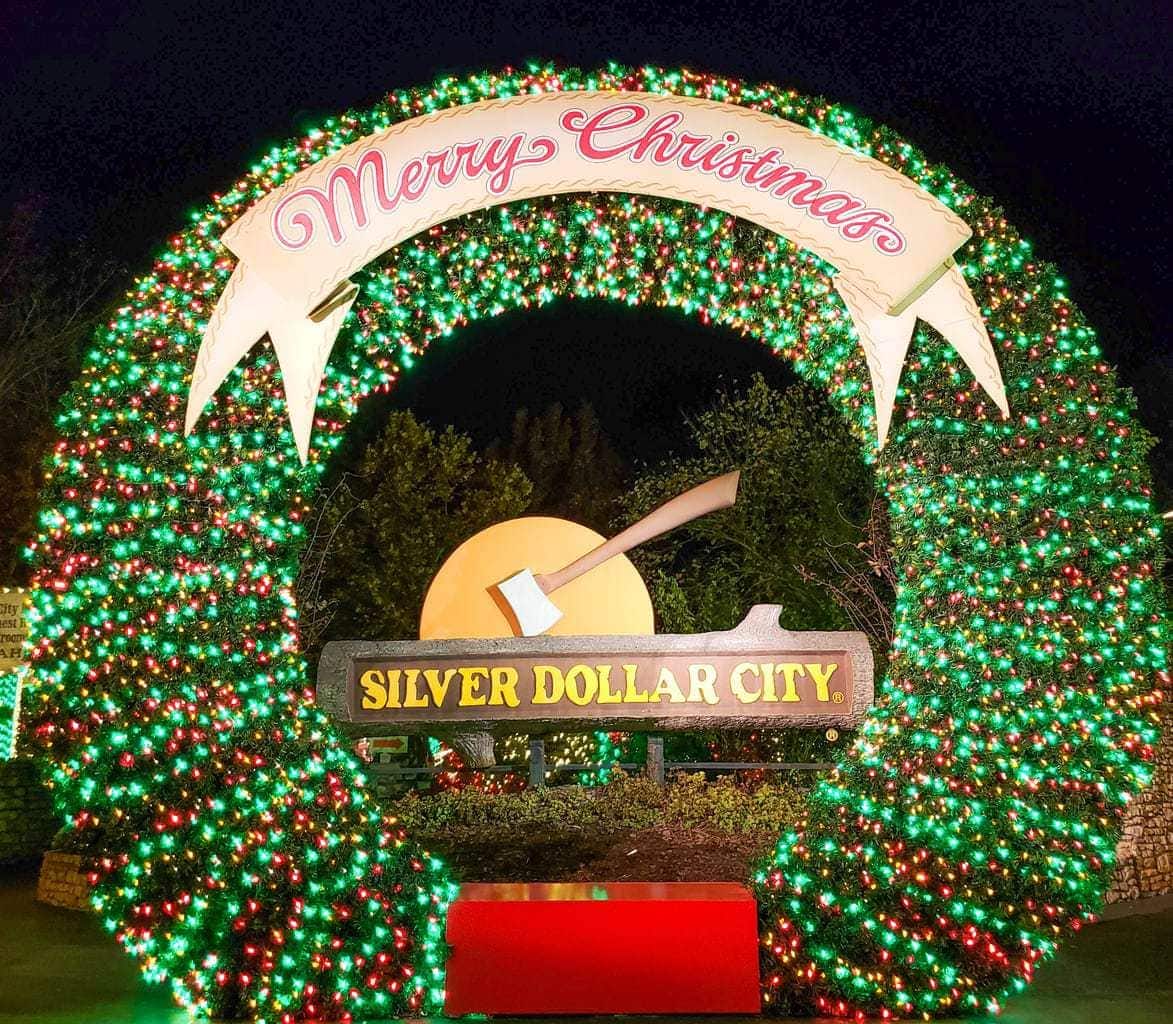 From the moment that you enter Silver Dollar City during Christmas, you cannot miss the 6.5 MILLION Christmas lights shining brightly. If you visit during the day, you have to stay for the evening experience. I can promise you that there’s nothing else like it in the world. There’s a reason why Silver Dollar City is ranked as one of the world’s best holiday attractions!

In addition to the mesmerizing lights, you and your family won’t want to miss out of the Christmas Light Parade led by the adorable red-nosed Rudolph! Full of musical lights, floats and a ton of holiday cheer, make certain that you grab a spot early because thousands line up for this beautiful parade. 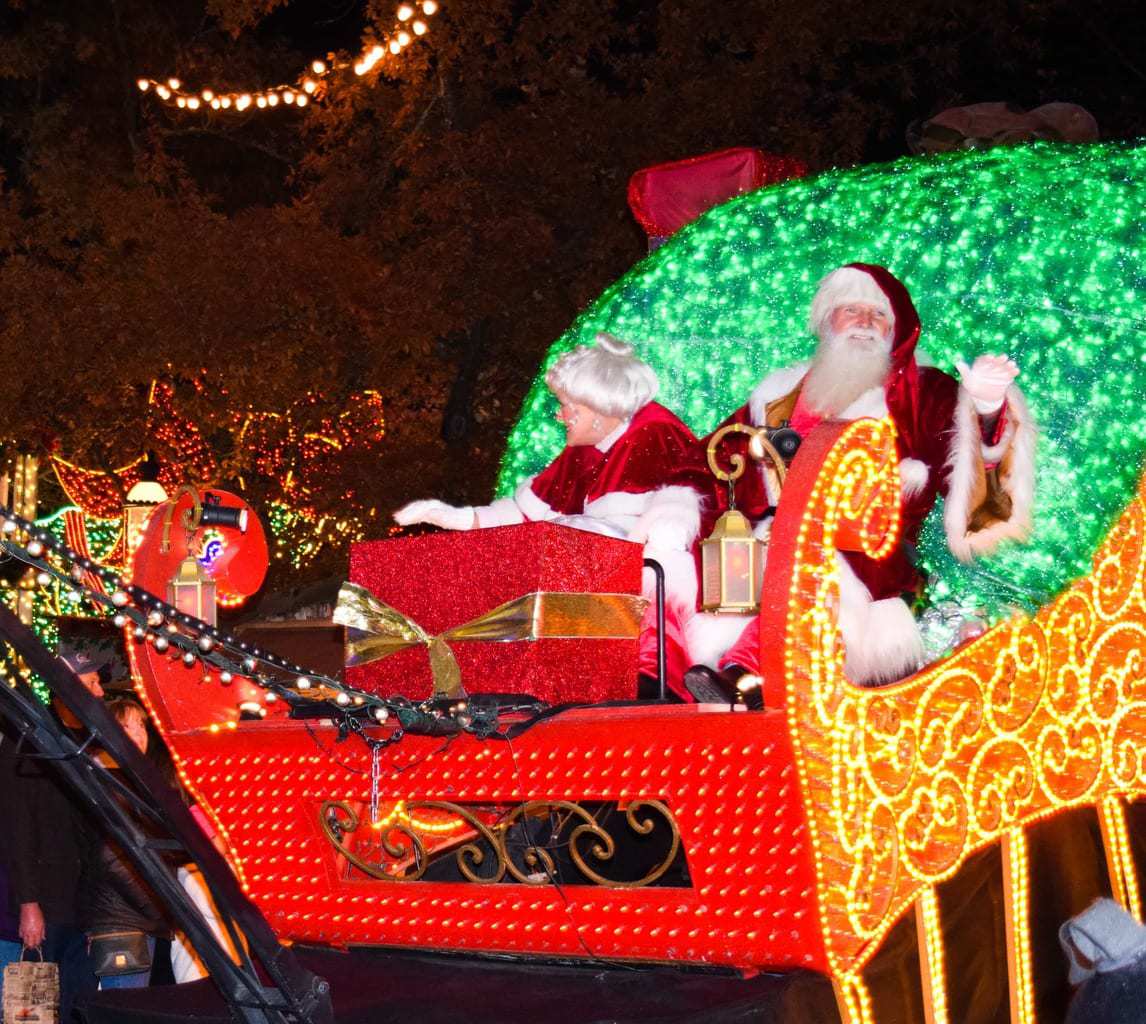 One other great aspect about Silver Dollar City is that once you pay your admission fee, the only other costs that you have to worry about are food and souvenirs. During the Christmas season, you can catch two different shows as well while you are there: A Christmas Carol and It’s a Wonderful Life. Not only are they really great to watch, but it’s fine to come in from the cold and snuggle up with great entertainment. 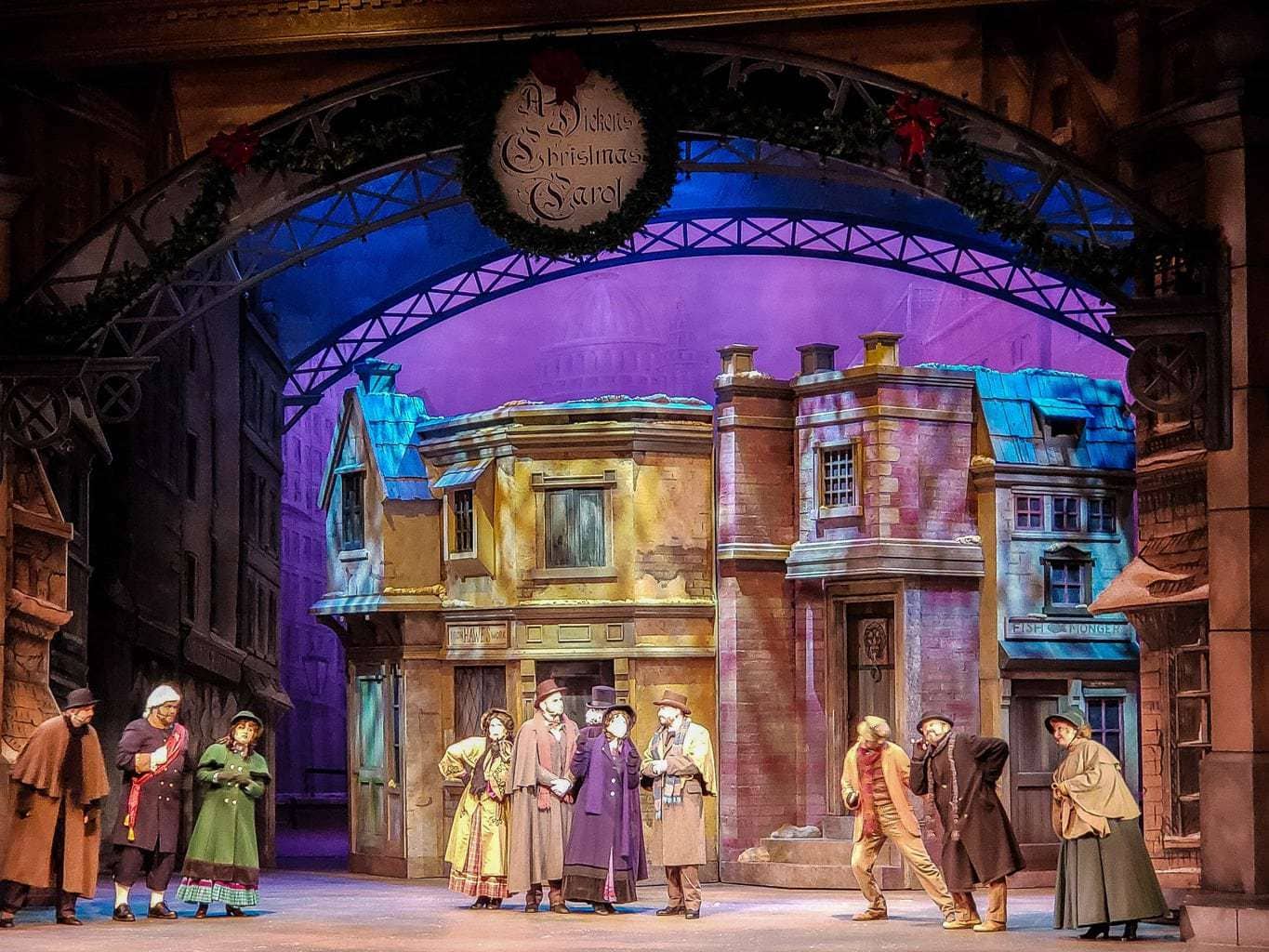 Last but not least…please do not leave Silver Dollar City without stopping and watching their Christmas Tree light show. You literally won’t be able to take your eyes off the music and lights synched up perfectly. With the Christmas tree being 5 stories tall, you’ll never see anything quite like it again! 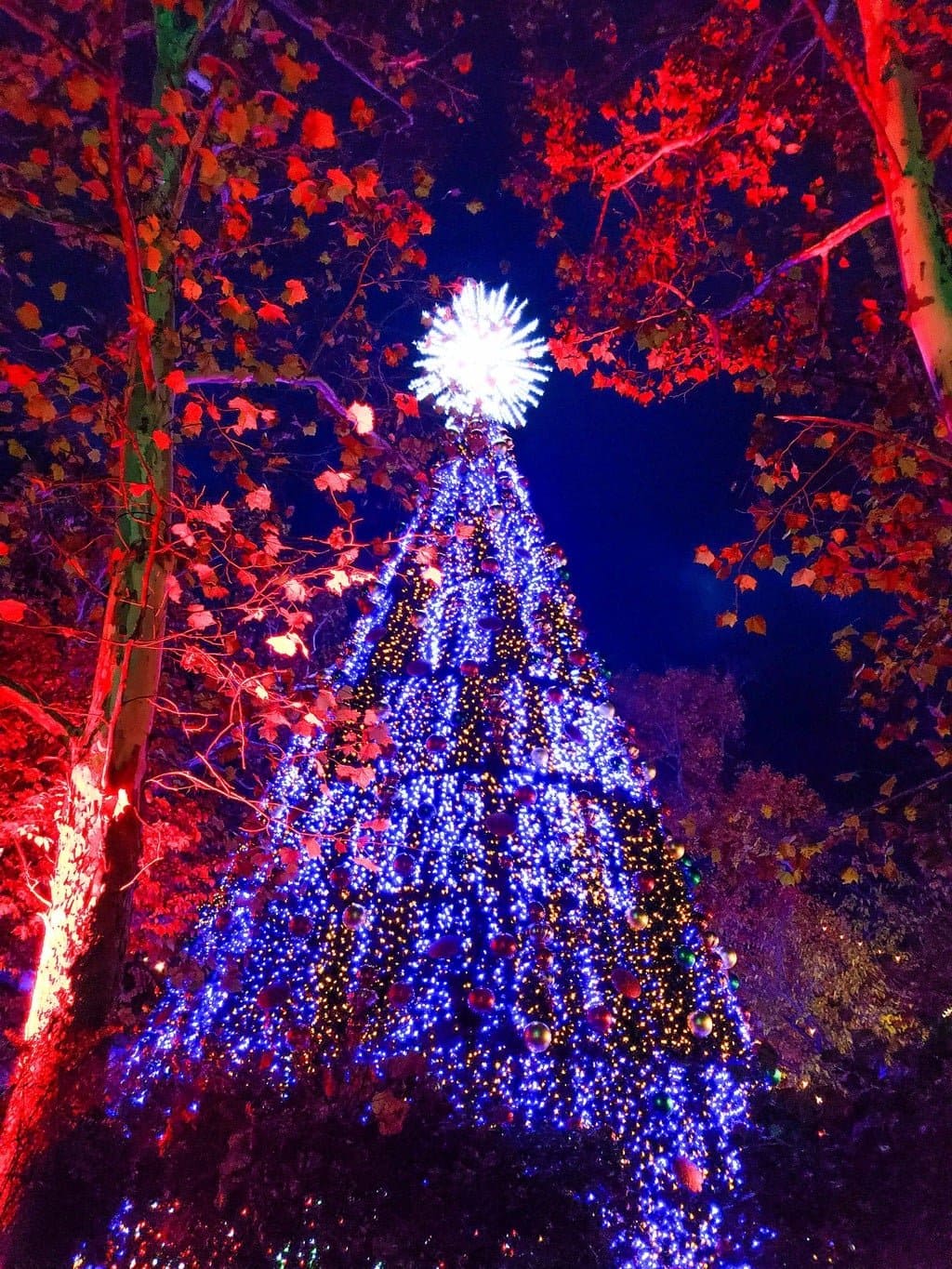 Exploring the Magic of Christmas with The Showboat Branson Belle:

Just when you think the holiday festivities couldn’t keep going at Branson, it’s time to experience everything that The Showboat Branson Belle has to offer!

Who says you can’t explore Christmas on the land…and the water! 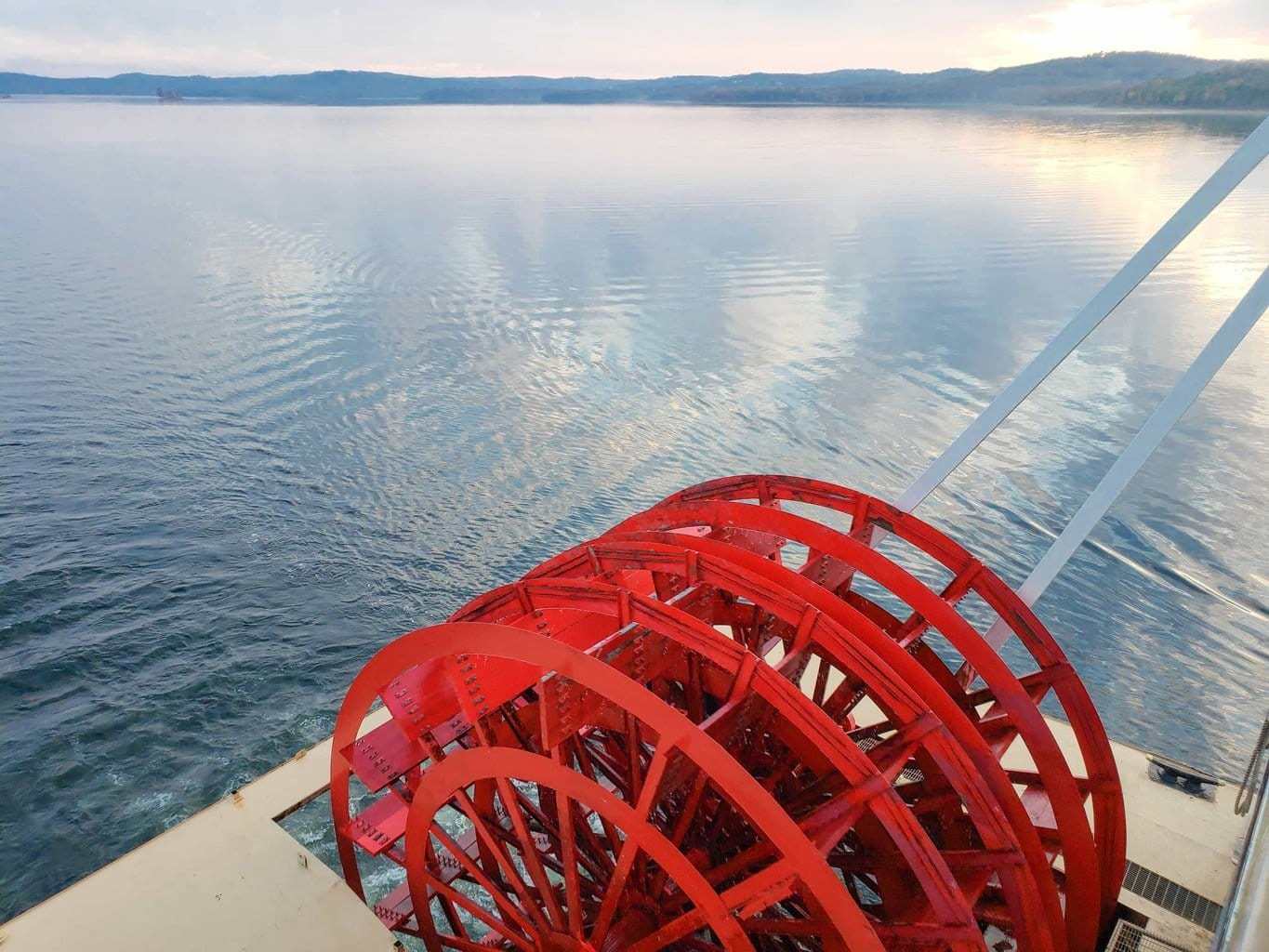 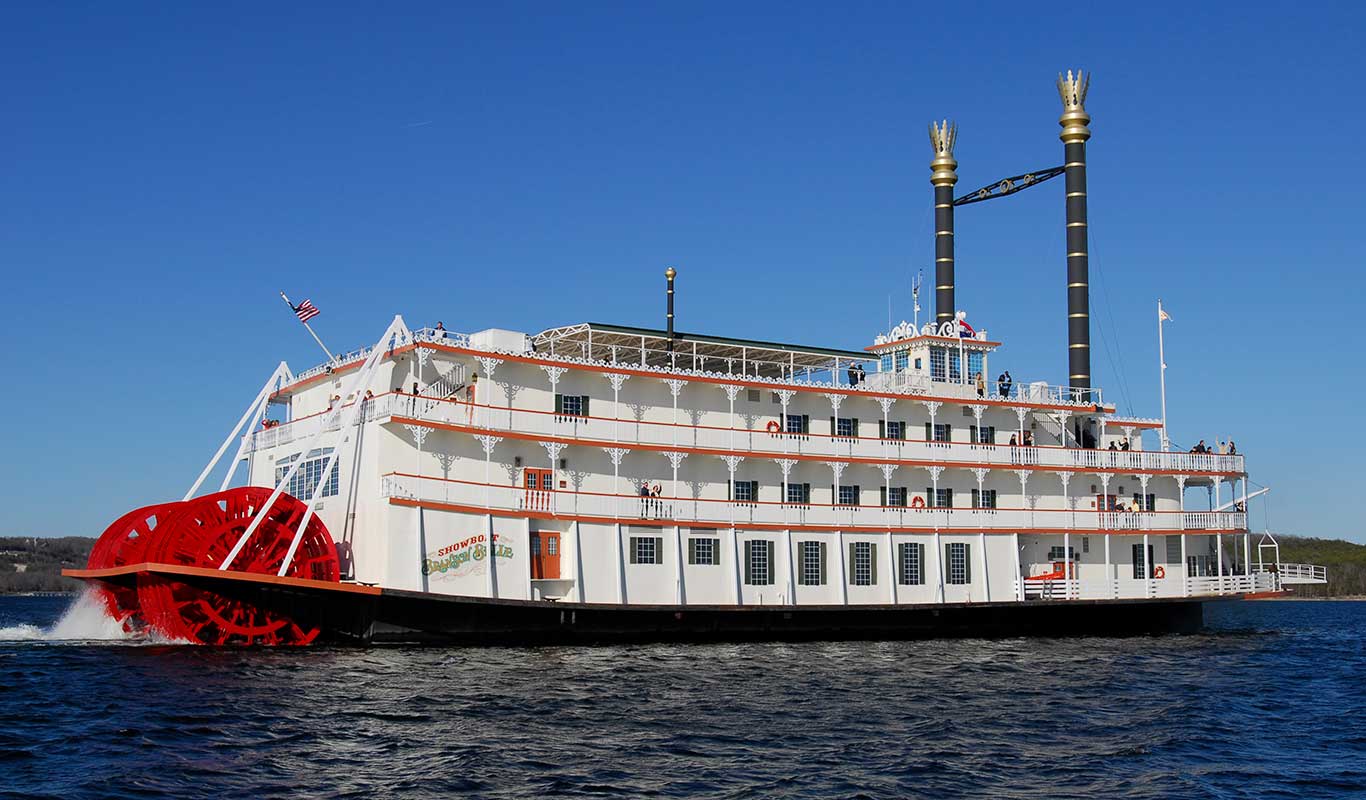 You’ll be tapping your feet and singing along with hits from the ’60’s as well as a ton of holiday favorites here and there. When it comes to entertainment, The Showboat Branson Belle doesn’t hold back! 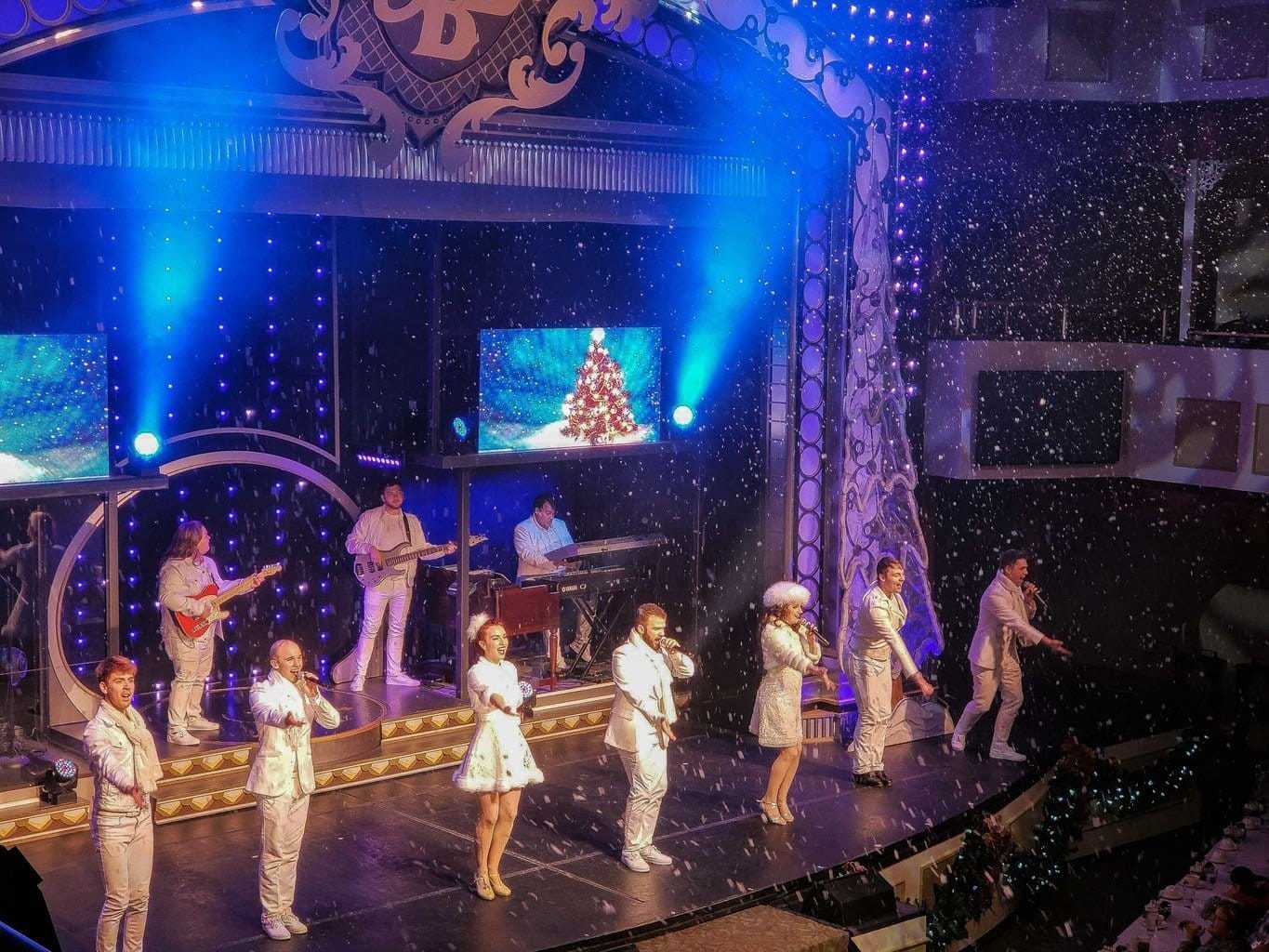 Once you board the boat, you can be certain that your next few hours will be filled with amazing entertainment, magic, hilarious comedy and of course, a ton of holiday spirit. (Just wait until you see the Showboat Dancers take the stage! They are amazing!) 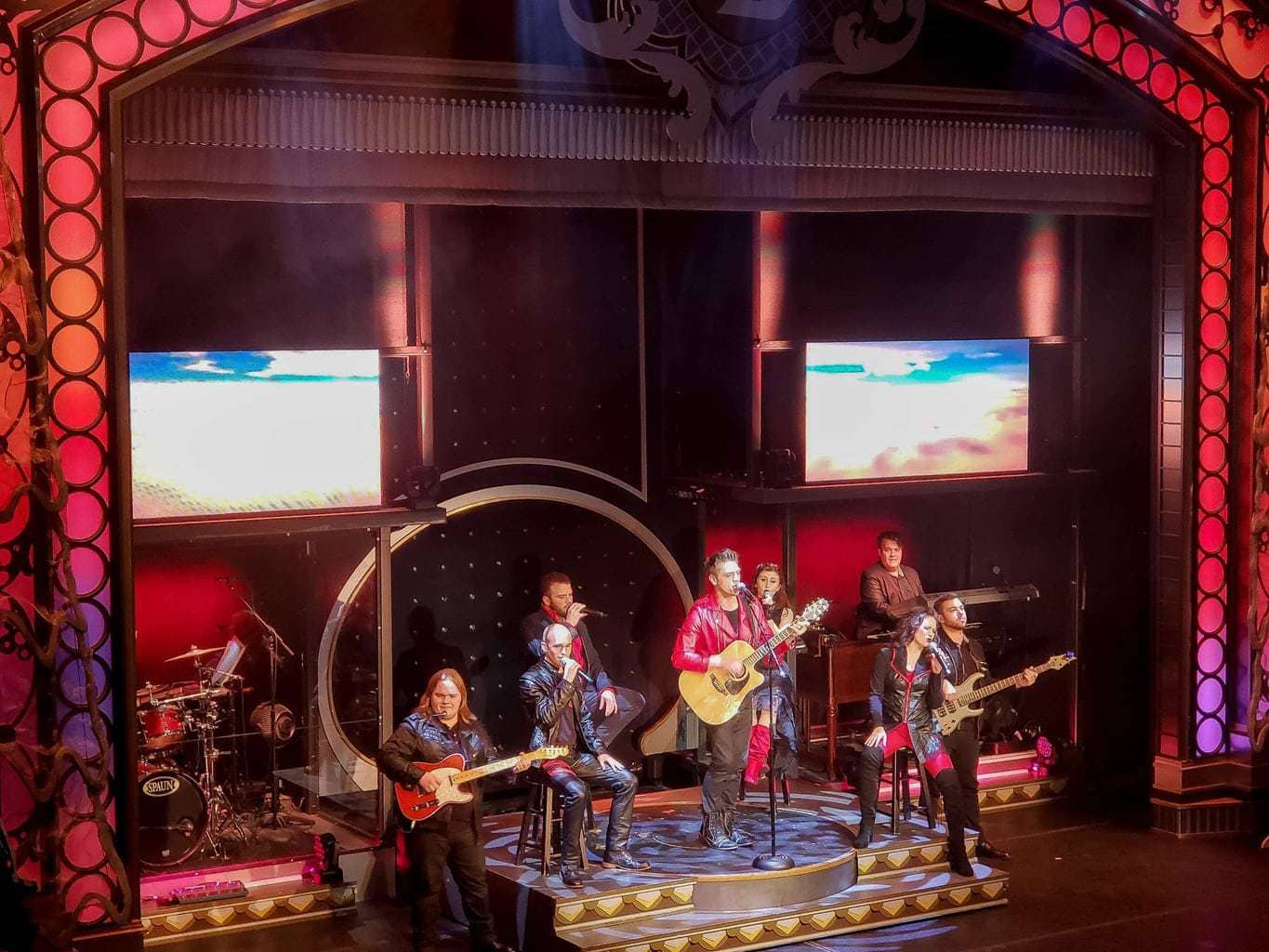 As if all that isn’t enough, you also get a three-course meal to enjoy as well. Is there anything better than dinner and a show? 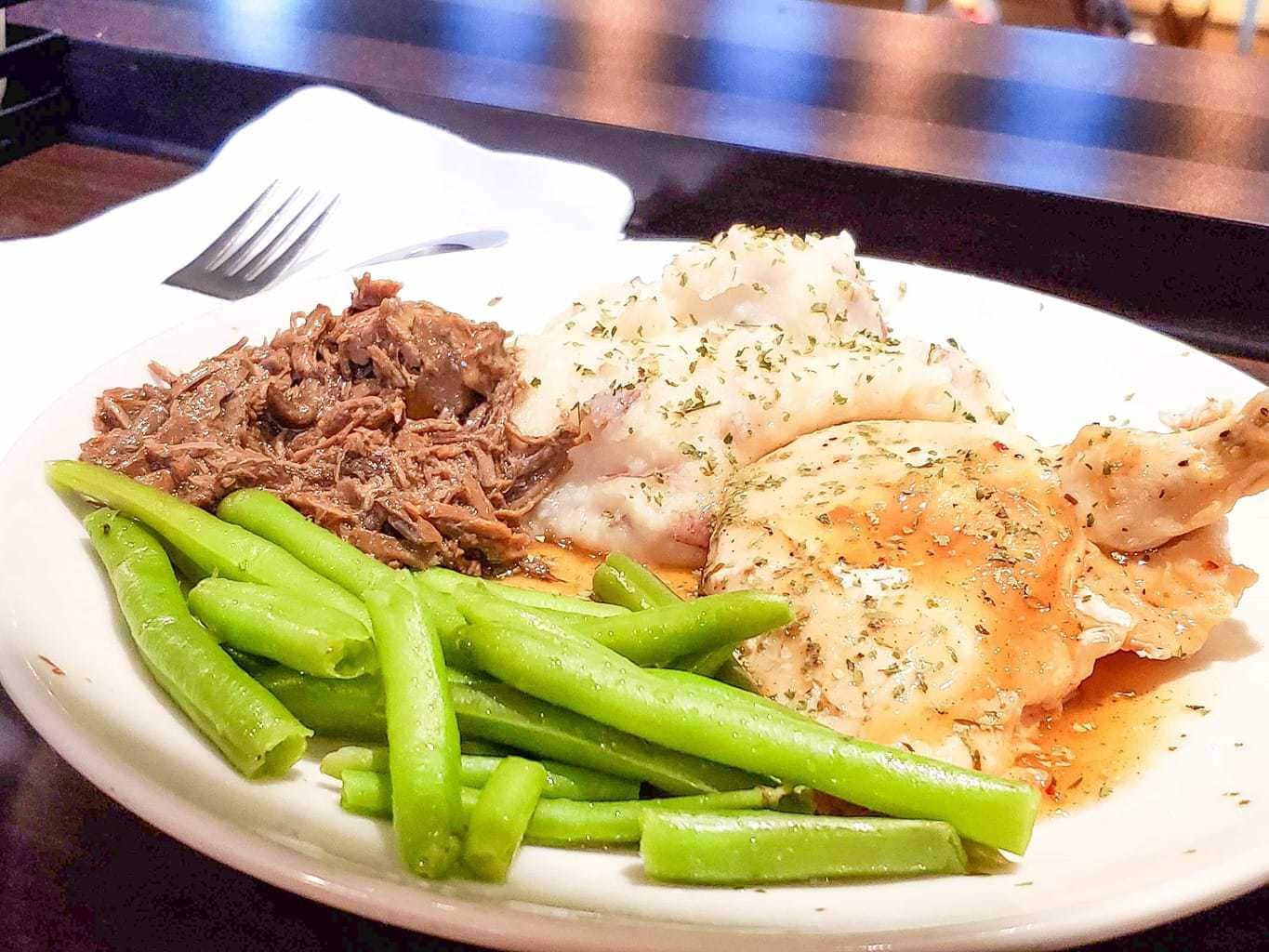 There is one thing that adds quite a bit of ambiance to this Christmas cruise…the amazing sunset that you’ll get to enjoy while out on Table Rock Lake. 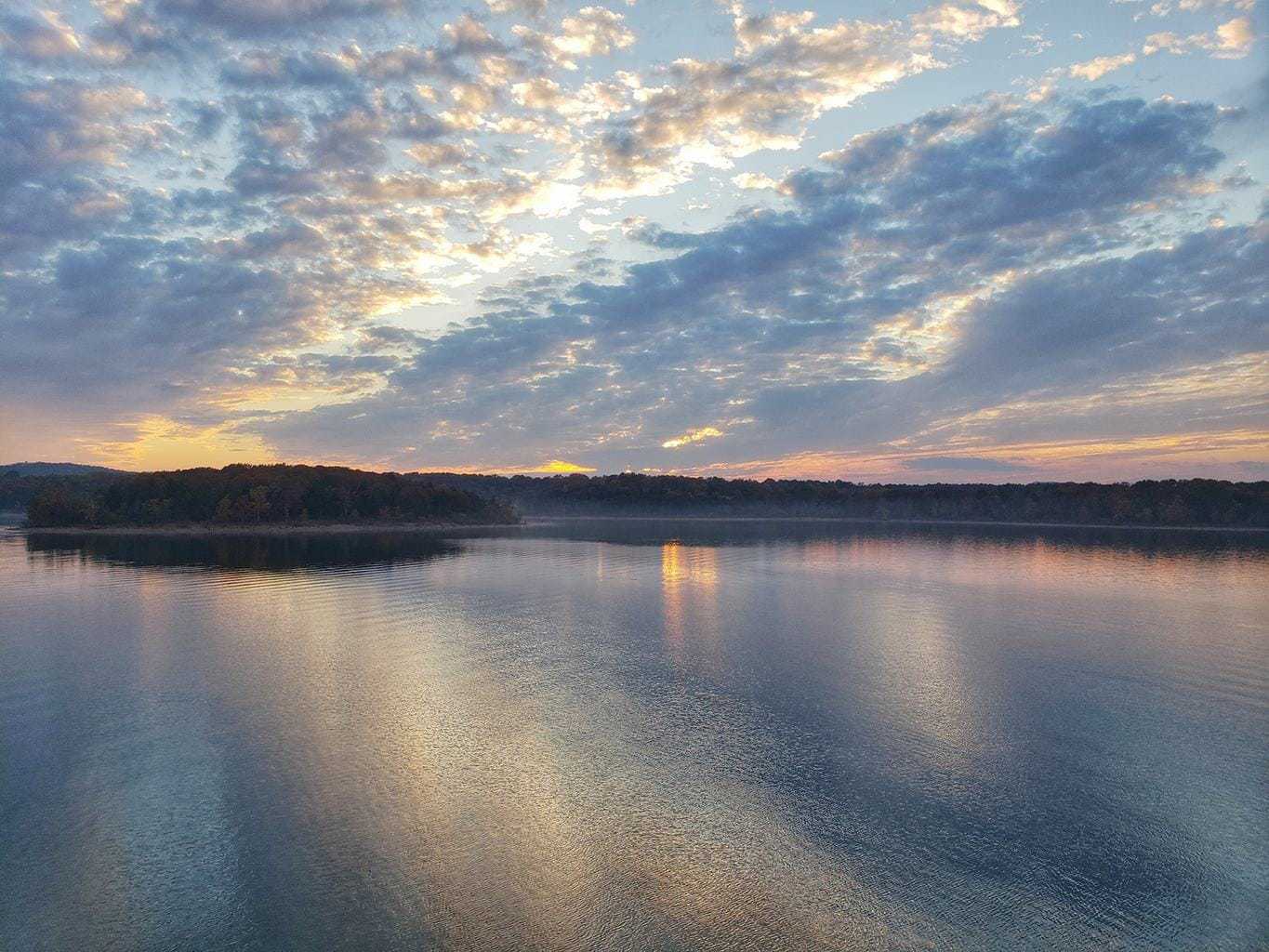 I’ve said it once, and I’ll probably say it a million more times…Christmas in Branson is the place to be. While many people tend to visit for a weekend of fun, it’s 100% possible to be there for a week or more and still not be able to experience everything that Branson at Christmas has to offer!

If you have the opportunity to visit this gem in southern Missouri, don’t hesitate. It’s one of the few places left that put the focus of Christmas on making memories with your family and friends.

If you are looking to take a trip to Branson, Missouri, here is your complete Branson Travel Guide list which will include all the highlights from restaurants, theater, hotel and entertainment. 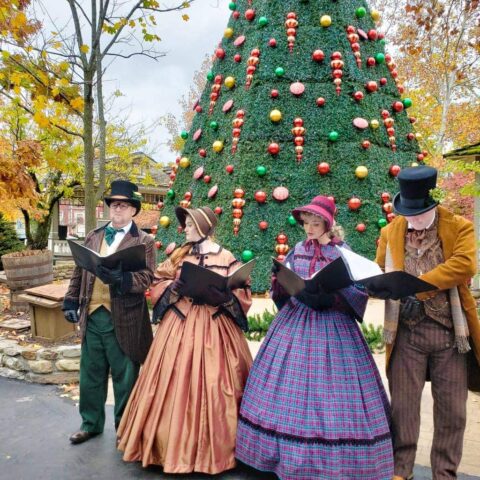 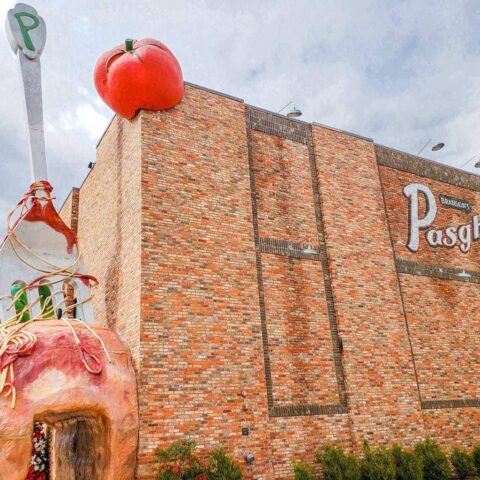 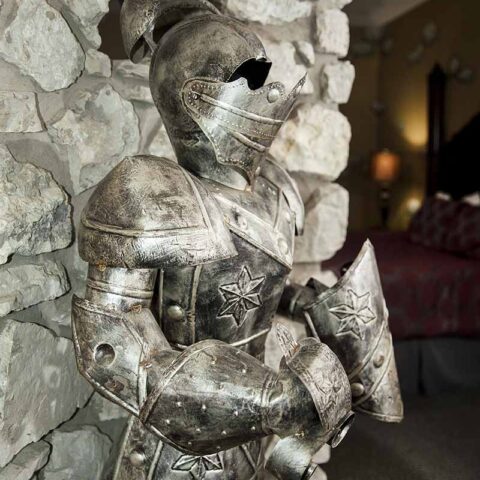 Over 20+ Unique Themed Hotel Rooms in the USA