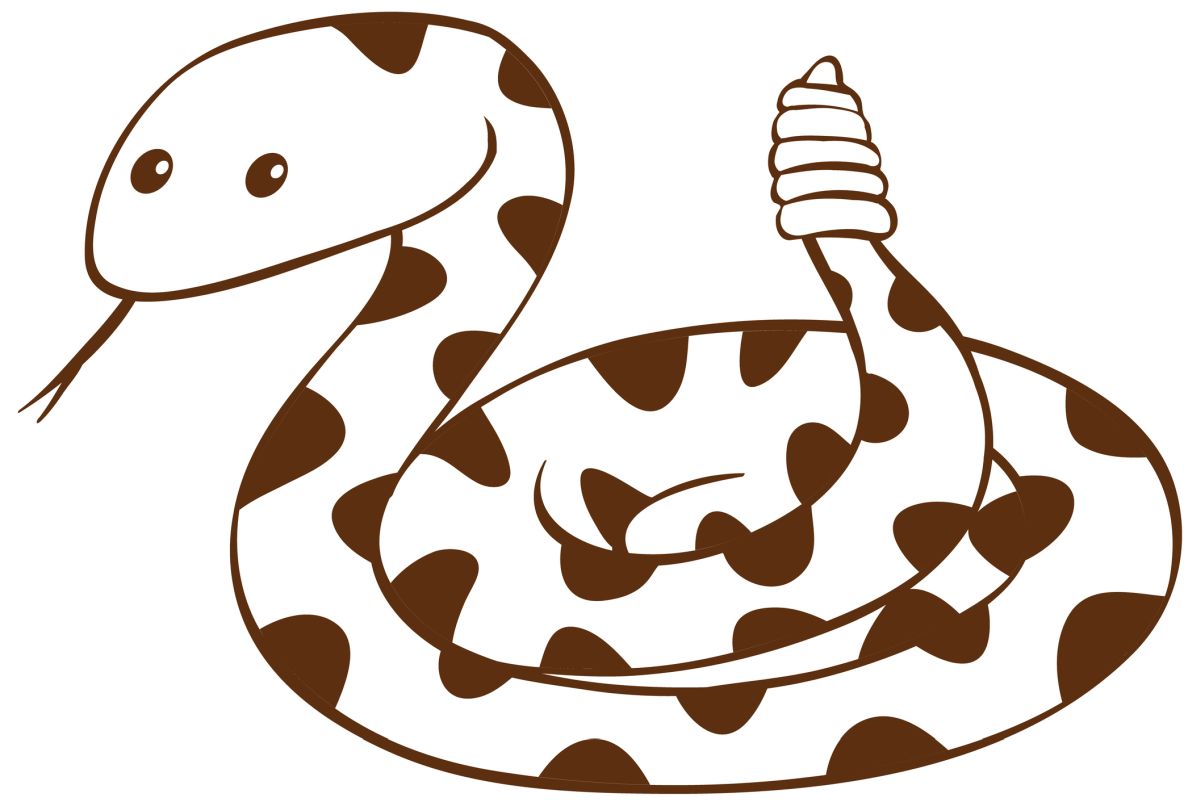 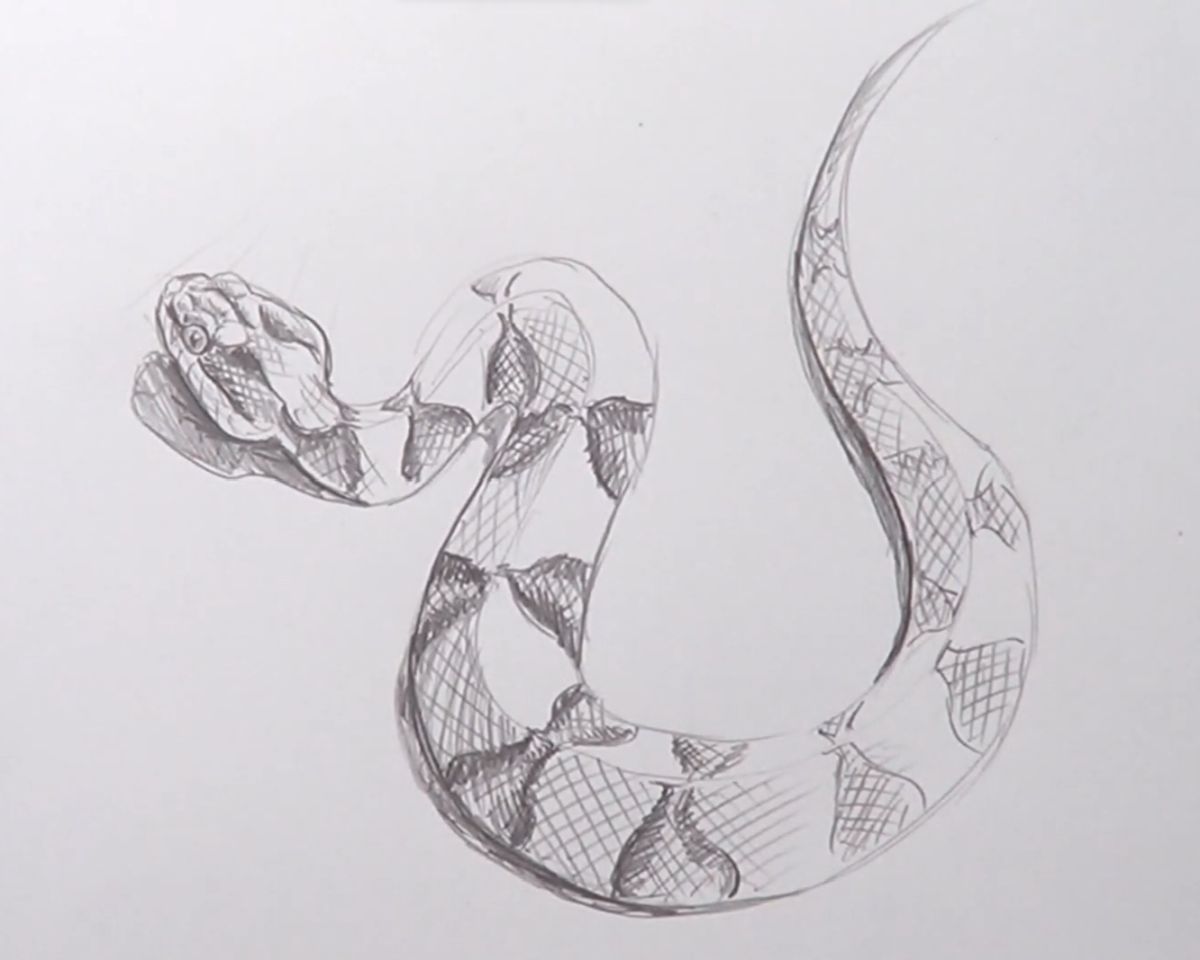 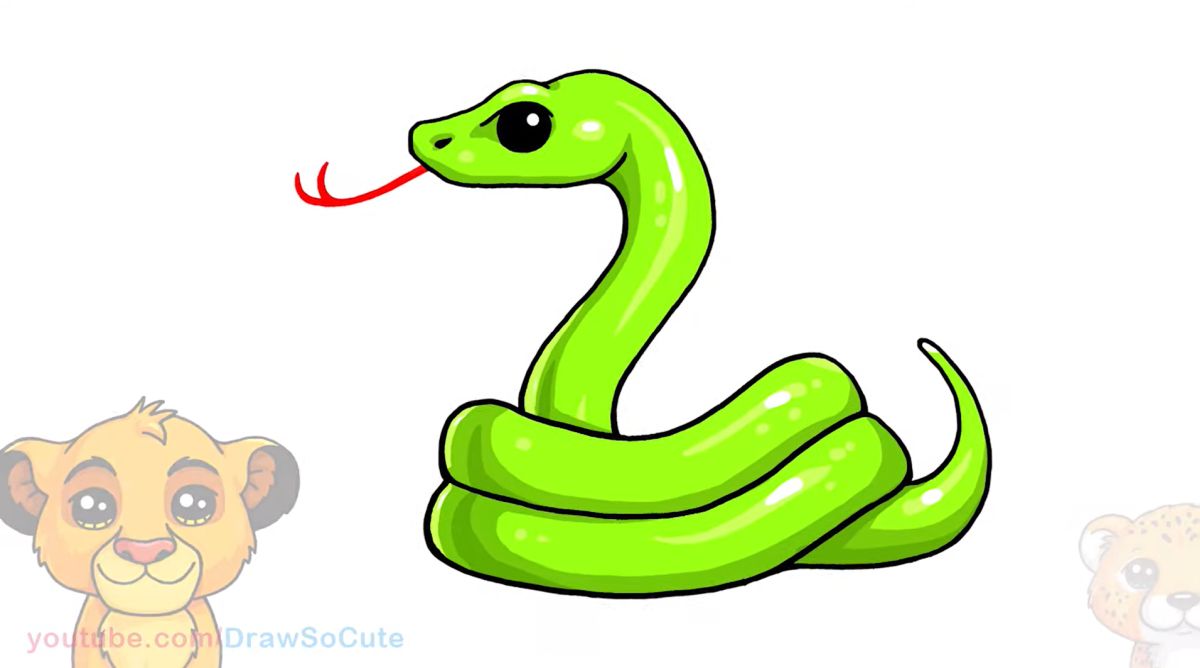 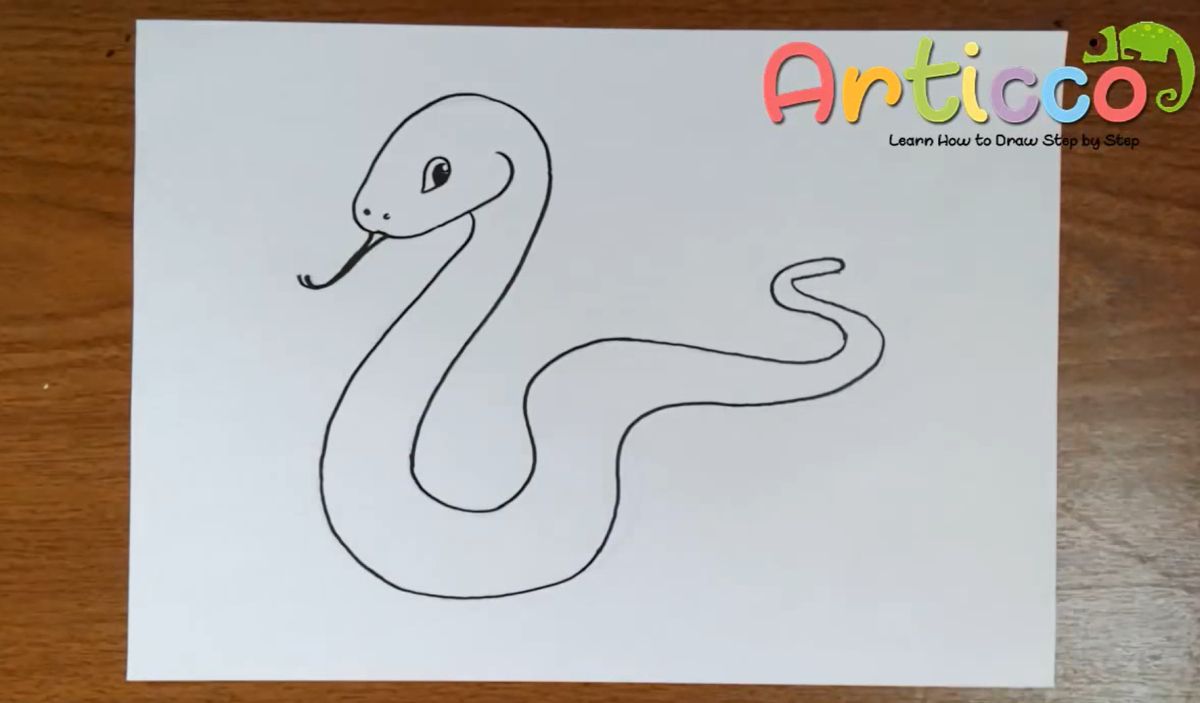 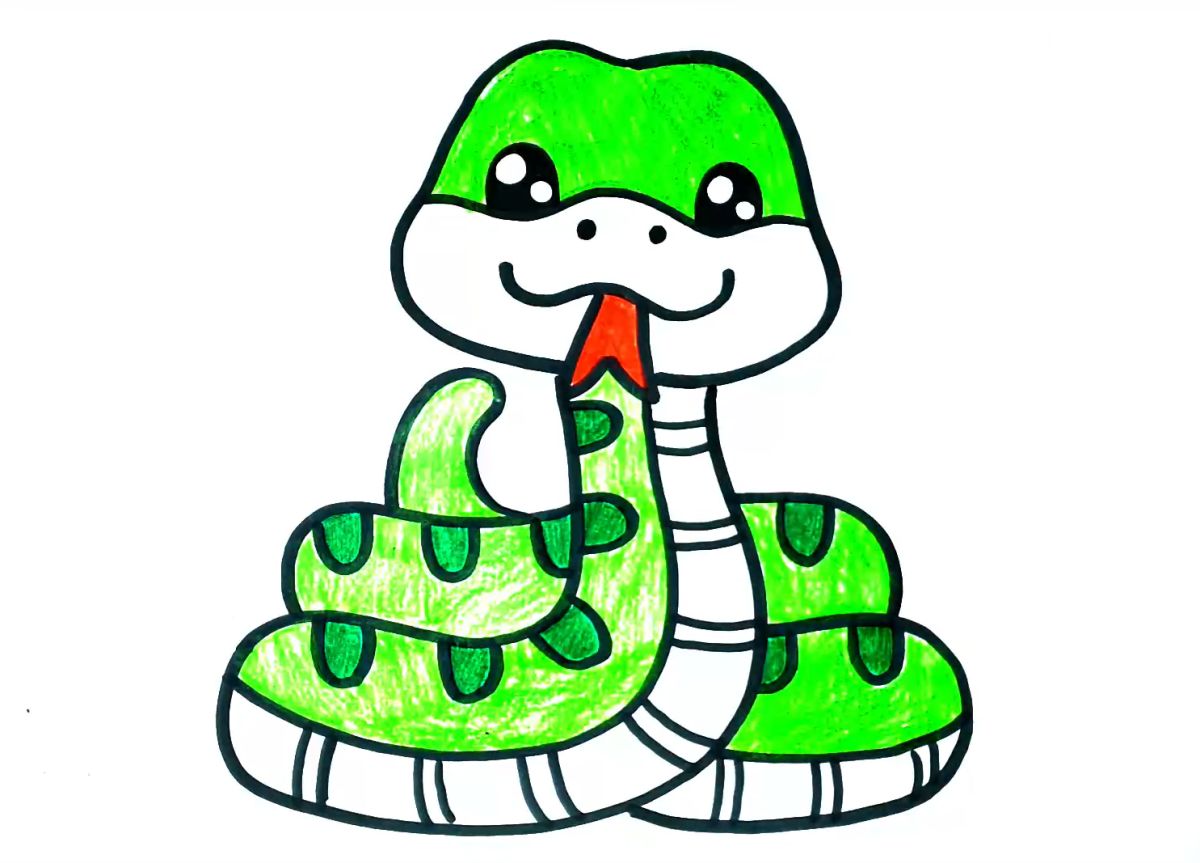 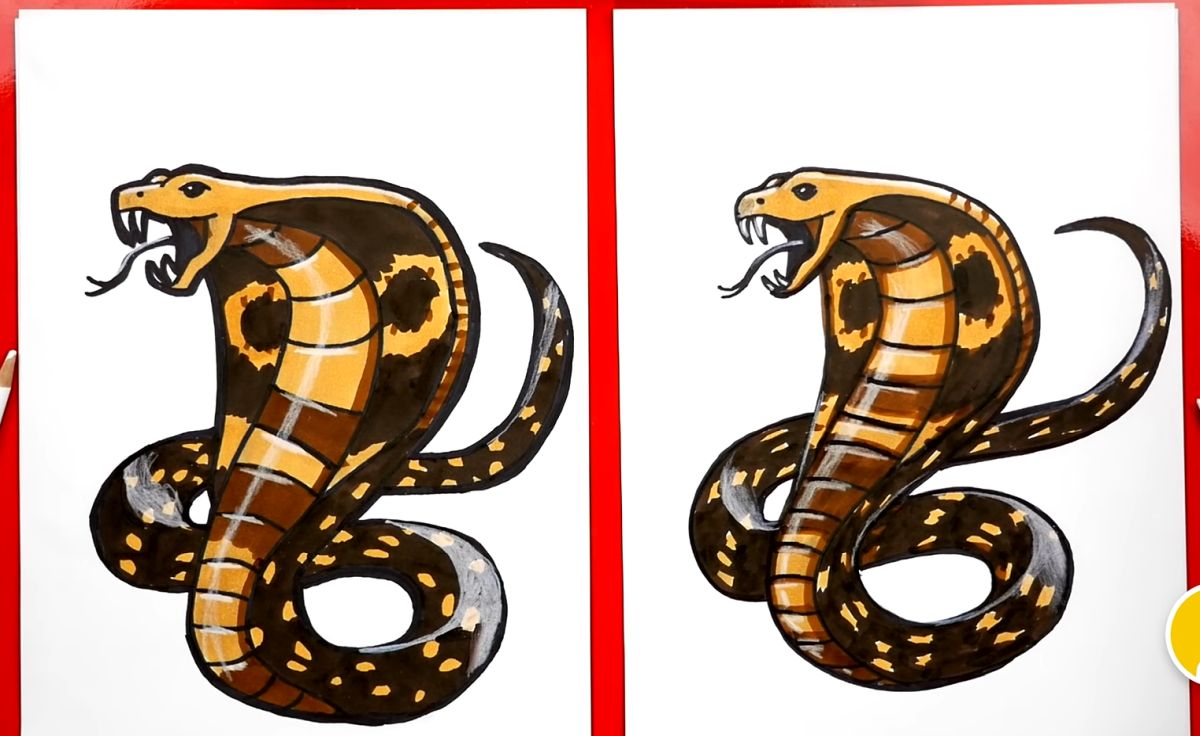 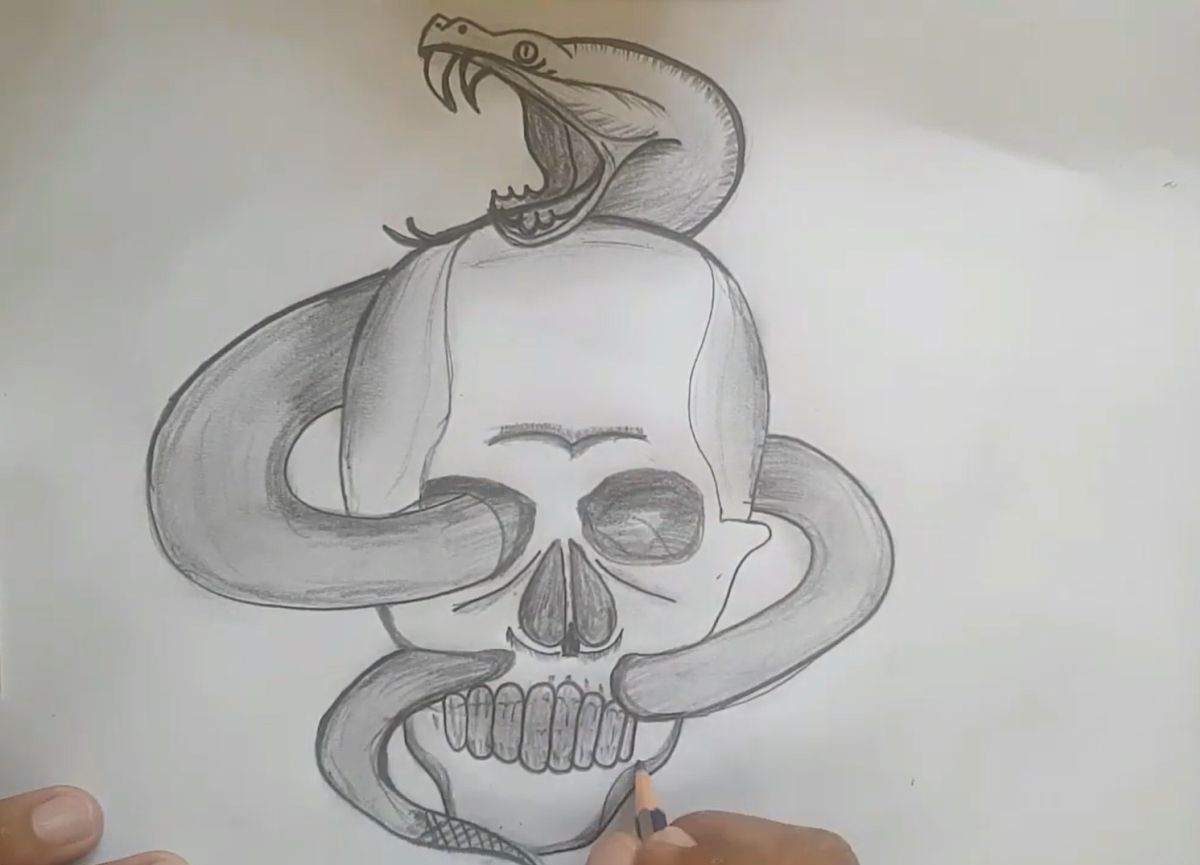 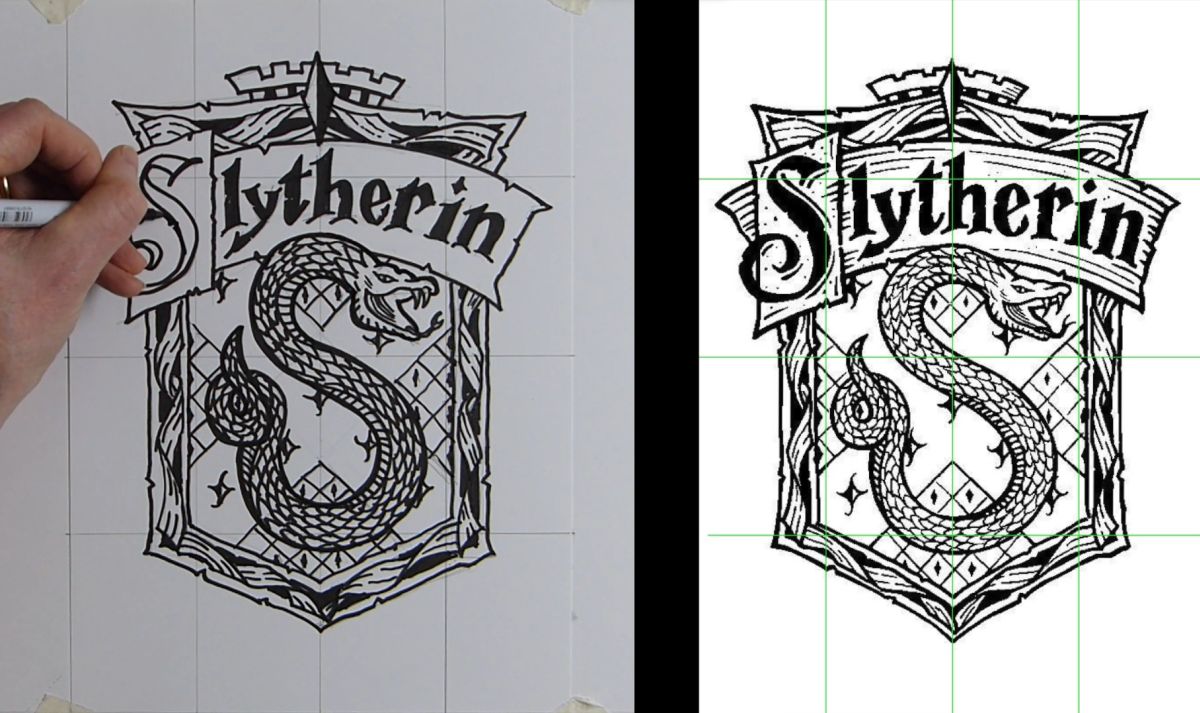 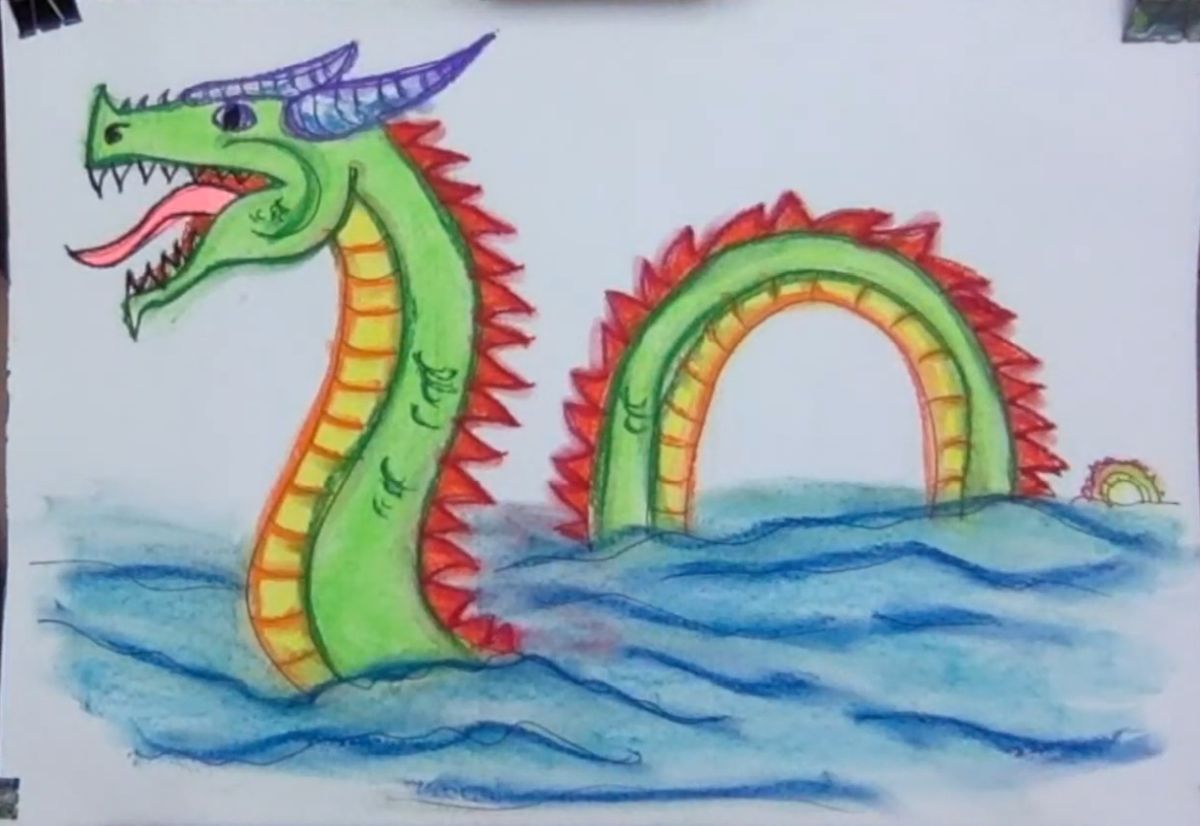 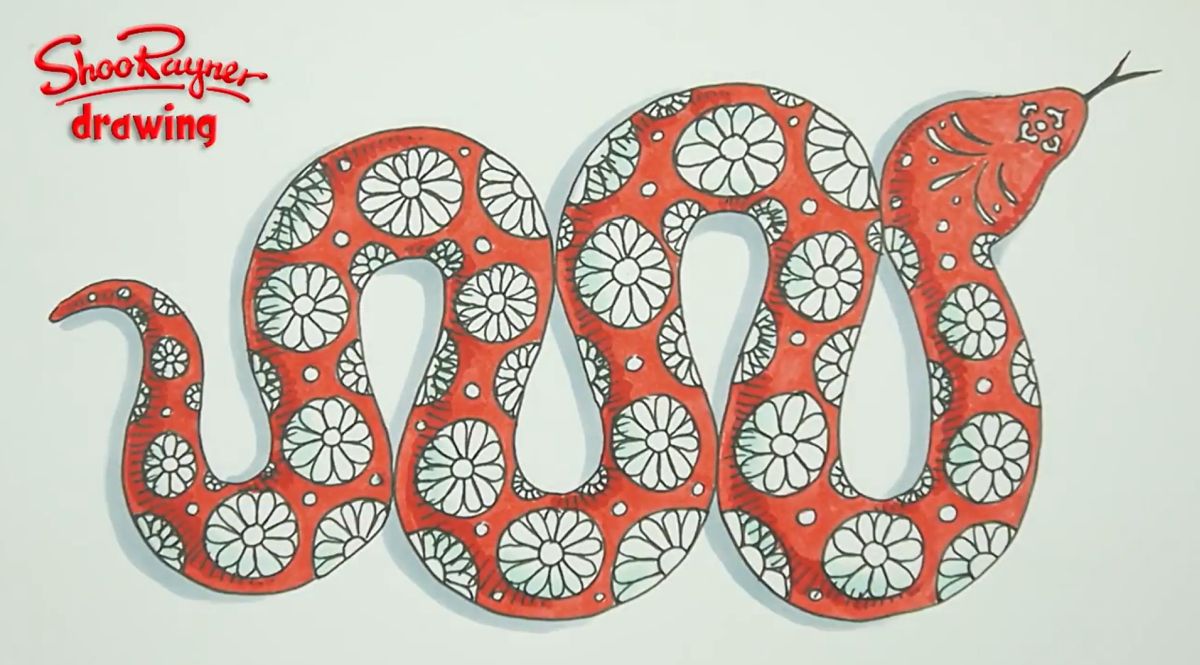 If you want to learn how to draw a snake, you can do it in a few easy steps. Unlike mammals, snakes have fewer details, making them easier to draw.

Types Of Snakes To Draw

There are many types of snakes, so you should know what kind you’re drawing before you start. Some snakes look just like others, with nothing different aside from the color. But these snakes have distinct differences you can draw.

Snakes come in many patterns, but those who don’t see them often may not realize the distinction.

A plain snake pattern means that there aren’t any stripes, diamonds, etc. It doesn’t mean that there are no scales, so make sure you draw each of them.

The diamondback snakes have diamonds that can be vertical or horizontal. This is a fun type of snake to draw because it looks impressive when you finish.

Striped (or banded) snakes have stripes that go across their abdomen. However, stripes can also go along the back. This is an important distinction.

Dots are usually tiny and can be found on the sides of snakes as a transition from the top color to the bottom color. Some apparent plain snakes actually are dotted.

Blotches are like diamonds, only irregular in shape and size. Blotched snakes are the hardest to draw.

Tips For Drawing A Snake

How To Draw A Snake: 10 Easy Drawing Projects

1. How to Draw a Realistic Snake

Snakes are easy to draw as a cartoon, but realistic snakes are no piece of cake. A step-by-step guide by Snake Artist is a good place to start.

2. How to Draw a Cartoon Snake

Cartoon snakes are easy to draw because you don’t have to draw scales. Draw So Cute has a good tutorial you can follow.

3. How to Draw a Snake for Kids

Kids can learn to draw snakes just by studying them. But a tutorial can help. Articco Drawing has a terrific one.

4. How to Draw a Cute Snake

Drawing a cute snake is a good way to start overcoming your fear of them. Learn step by step draws a super cute one.

5. How to Draw a Cobra Snake

Cobras are unique because they have a large hood. Art for Kids Hub has a good video tutorial you can follow to draw one.

6. How to Draw a Rattlesnake

Rattlesnakes look like any other snake, only they have a rattle. Draw one with Art for Kids Hub, just like a pro.

Snakes in skulls are a common symbol for tattoos and t-shirts. Draw one with Let’s To Learn for our next piece.

8. How to Draw a Slytherin Snake

Every Harry Potter house emblem is complex. The Art of Billy has a long tutorial for the Slytherin Coat of Arms that you can follow in real-time, making it perfect for beginners.

There are many who want to draw a sea serpent, but the best are those that come out of the water. Emmylou’s Fine Art Workshops is a good place to start drawing sea snakes.

10. How to Draw a Chinese Snake

The Chinese snake represents the year of the snake for those born in certain years. Shoo Rayner Drawing has the perfect tutorial for you to celebrate your birth year.

How To Draw A Realistic Snake Step-By-Step

The first thing you should do is draw ovals along the shape of the snake’s body. This is what you will use to determine how the snake should lay naturally.

Step 2: Smooth it Out

Draw a smooth line outside the ovals and shape the head. Erase the inside of the area you drew.

Decide which type of snake you are drawing and the specific pattern. Lightly draw the pattern along the snake’s back.

If everything looks right, then deepen the pattern. You can still use a 2B pencil but use more pressure to define the pattern.

Add a few scales but don’t go overboard. At this point, you’re just adding texture so it won’t be lost when you start blending. You can add eyes and other facial features now too.

Sart shading underneath the snake and along the pattern. This isn’t the final blend, but the snake should start popping out of the page now.

Now draw every scale. If you want a faded look, then you don’t have to draw each scale, but it looks better if most of the scales are visible.

Finish shading without messing up the scales. You can add a few to pop out after you finish by adding definition.

How To Draw A Snake FAQ

Are Snakes Hard To Draw?

Snakes are not hard to draw. While making them look 3D is the hardest part, even that comes easy after a little practice.

What Do Snakes Symbolize In Art?

Snakes often symbolize deceit and sin. However, it can be a good sign in some cultures, symbolizing fertility and protection.

Why Would You Need To Know How To Draw A Snake?

When you learn how to draw a snake, you may soon be able to draw other reptiles easily. All you need to draw a lizard now is the ability to add legs.

The scales are contours are the hardest parts, and now you know how to do that. Snakes may be a common fear in real life, but they’re a work of art on paper. 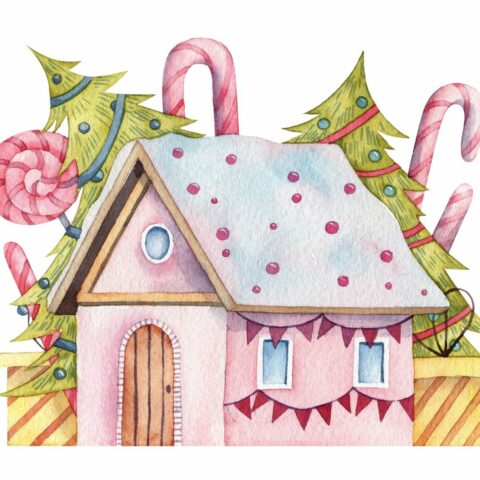 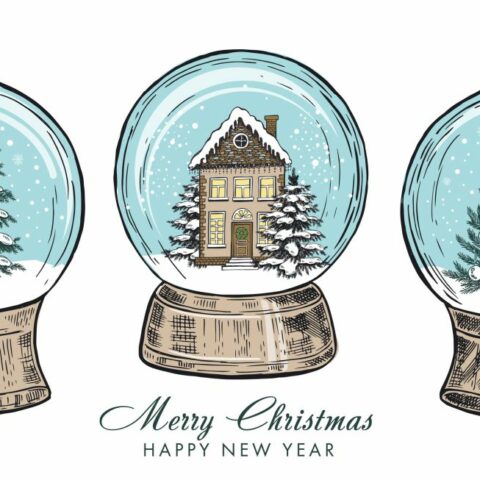 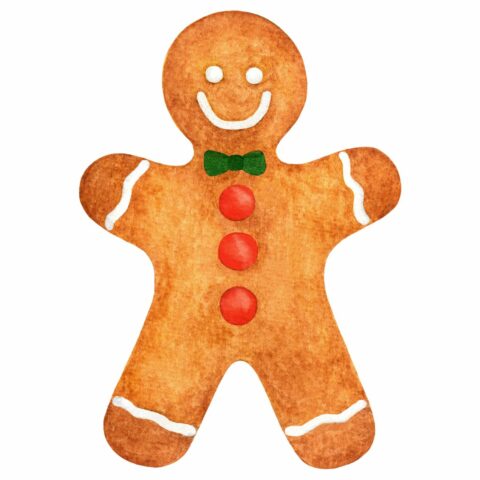