Nevada might be known for gambling and deserts, but the lakes in this state are often overlooked. Not all of Nevada is crowded or dry, and these gorgeous lakes prove that. 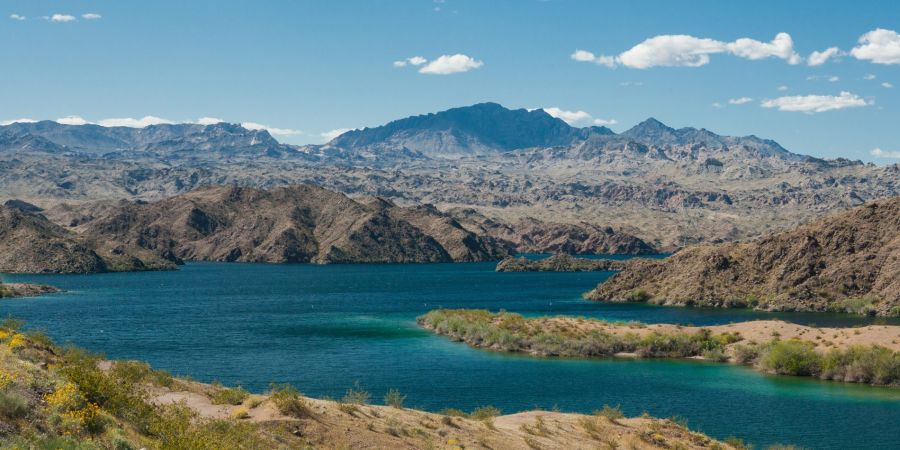 Perhaps you’re looking for a relaxing nature walk rather than a flashy show in Las Vegas. If so, there’s no shortage of outdoor adventures, and many of the best places to explore have a shimmering lake in the center.

So, here are 13 of the best lakes in Nevada if you’re looking to visit a peaceful oasis. 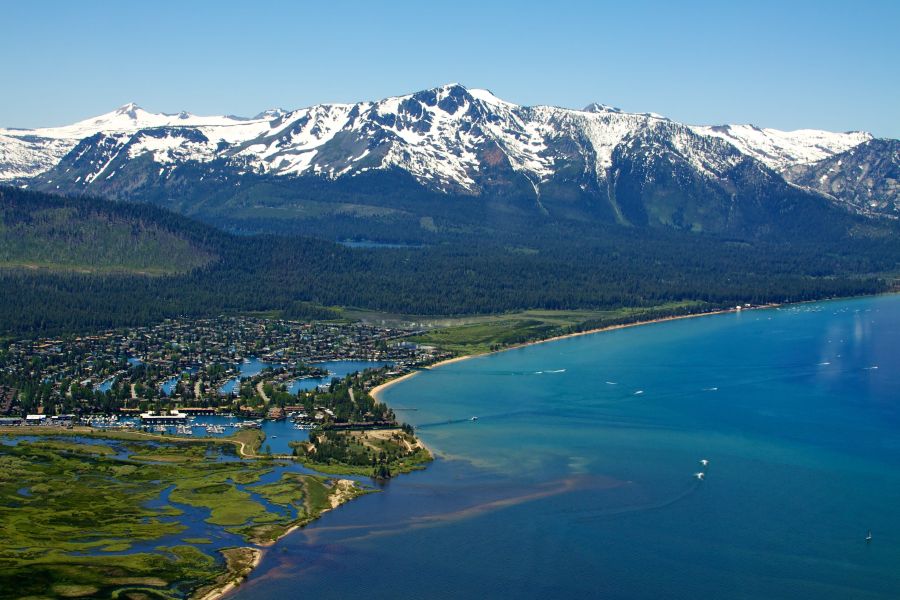 Lake Tahoe is the best-known lake in Nevada and the second deepest one in the United States. It has shores in both Nevada and California, and it’s situated along the Sierra Nevada mountains. The 49,000-hectare lake was formed over two million years ago. It has some of the most gorgeous views in the country. In the winter, the area around Lake Tahoe is an excellent skiing destination, and it was even home to the Winter Olympics in 1960. In the summer, there are plenty of other activities, including boating, jet skiing, swimming, and paragliding. 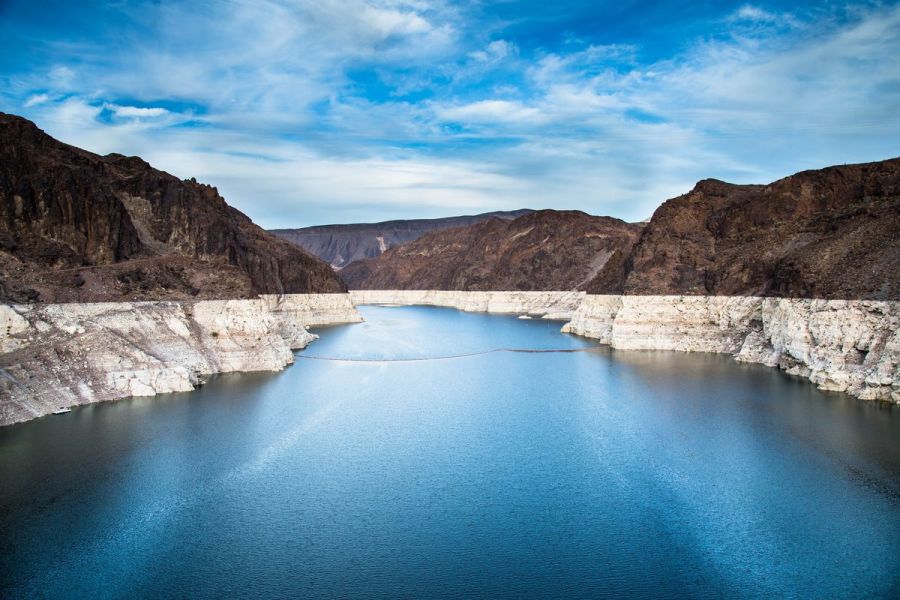 The charming Lake Mead isn’t far from Las Vegas, and it’s situated along the Colorado River. It’s a 64,000-hectare lake, and it sits partially in Arizona. Like Lake Tahoe, Lake Mead is surrounded by mountains, giving it some of the most breathtaking views, especially during sunset. If you hike along the shores of the lake, you’ll find caves, arches, and other rock formations. Lake Mead is also home to many recreational activities, such as boating, fishing, water skiing, and swimming. 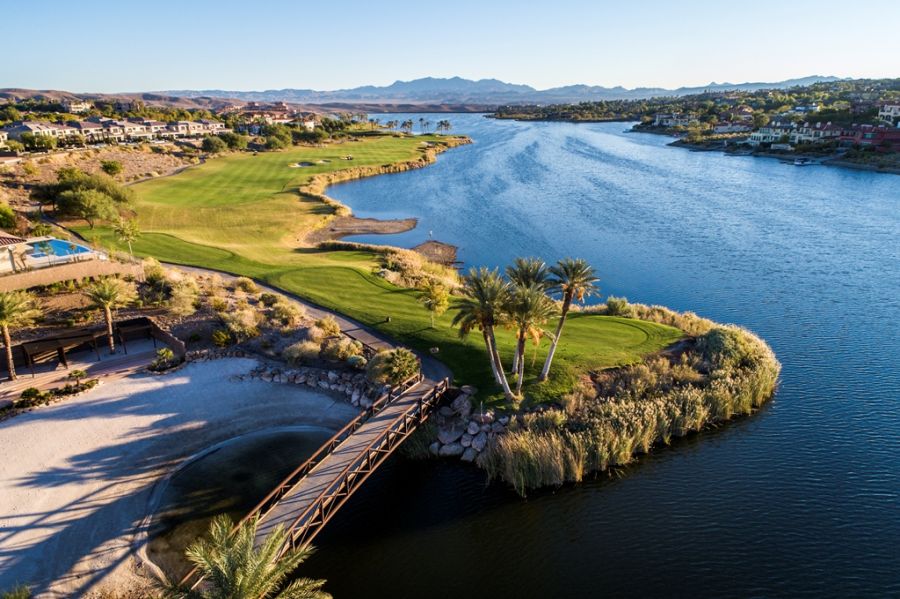 As you might’ve guessed, Lake Las Vegas is located in Clark County near the Las Vegas strip. It might not be the state’s biggest lake, but it’s one of the best lakes in Nevada because of its perfect location. It’s a popular tourist spot, with resorts lining the shores. Near the water, you’ll also find two golf courses, a large casino, and a swimming beach. It has some relaxing activities like kayaking and paddle boarding, but it also has more intense attractions, such as flyboards, jetpack rides, and water skis. Lake Las Vegas is the perfect mix of nature and city.

Lake Mohave is the less popular version of Lake Mead. It’s also in Clark County, just south of its larger counterpart. It stretches for 67 miles, but a good chunk of that is a river-like area that goes in between canyons. This lake is a popular spot for visitors to hang out at the beach, and there are also plenty of hot springs nearby. Swimming, boating, fishing, kayaking, and water skiing are just some of the many attractions you can enjoy at Lake Mohave. 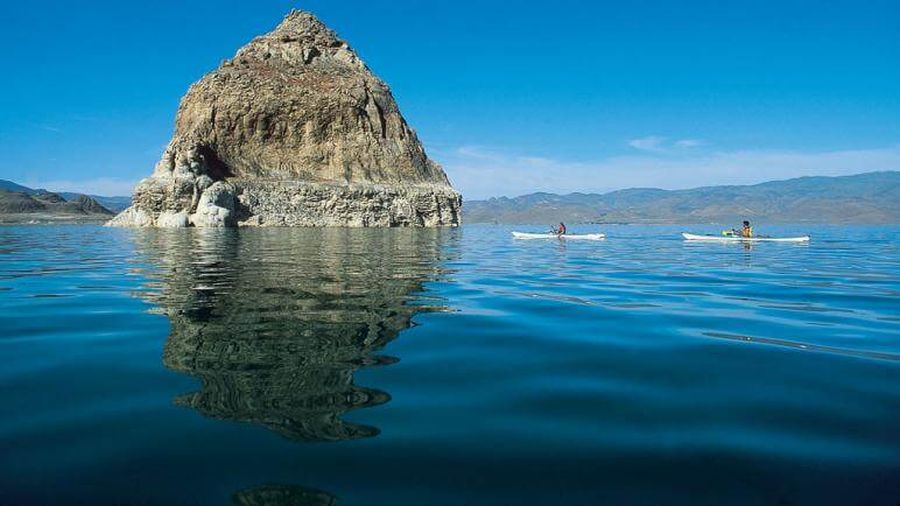 Pyramid Lake in Washoe County is one of the most unique lakes in Nevada. The Truckee River feeds into it, but it has no outlet. So, the water has no choice but to evaporate. Because of this, the lake has shrunk over time. In fact, the lake has shrunk 80 feet lower than it was in the 19th century. But the shrinking lake isn’t a total loss. Lots of beautiful rock formations appeared because of it, making it an interesting area to explore. It sits near the Sierra Nevada, and the most popular activity is fishing. 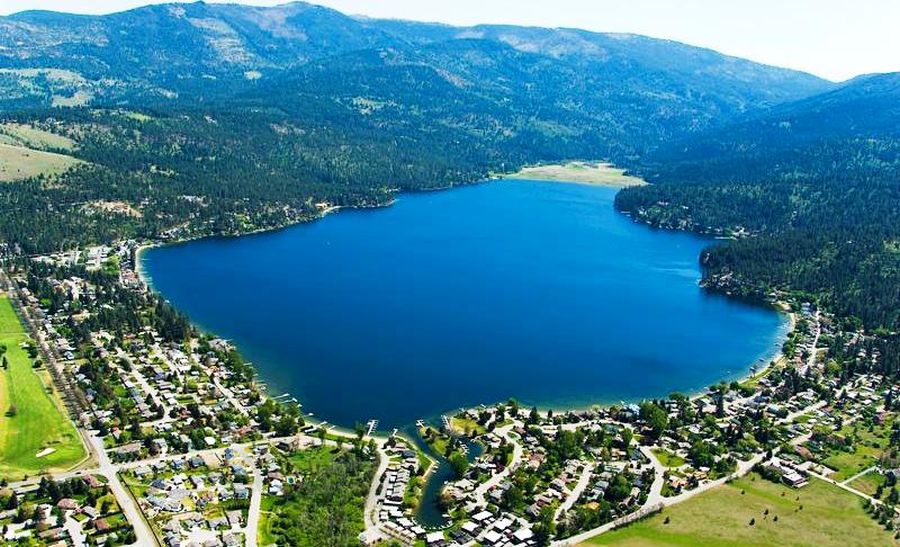 Liberty Lake is a small glacial tarn among the Ruby Mountains in Elko County. There’s a scenic trail that goes along it, which is more secluded from civilization than the other lakes. This serene space might not have as many recreational activities as the other locations, but it’s one of the coolest Nevada sights to explore. 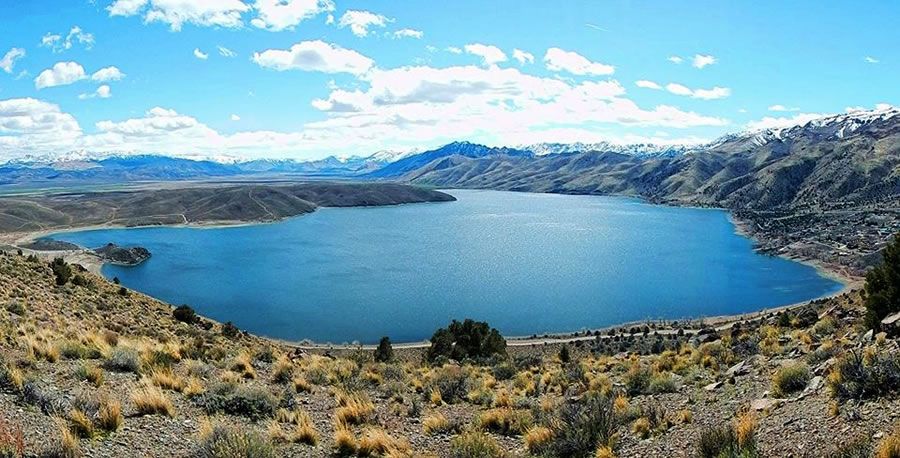 Topaz Lake is another body of water that sits along the California and Nevada border. It’s in Douglas County, not far from Lake Tahoe. It was created in 1922 after a dam was built on the West Walker River. It’s less crowded than some of the other popular lakes, but it still has lots of fun recreational activities. It’s great for fishing, boating, and water skiing. There are also several campsites nearby, so you could spend an entire weekend near this gorgeous lake. 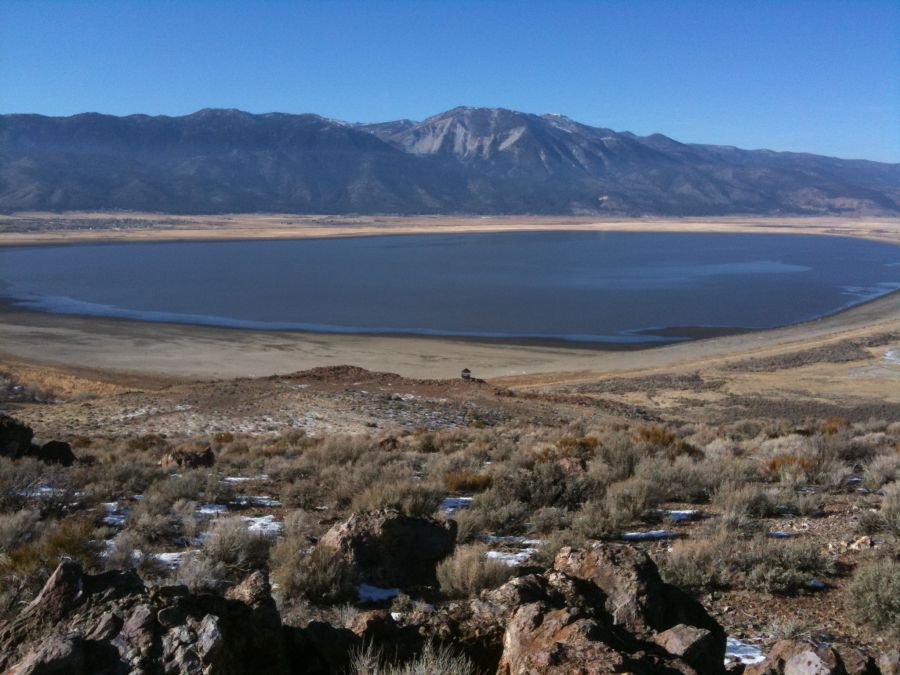 Washoe Lake is a shallow lake found in Washoe Valley, which is east of Lake Tahoe and north of Carson City. On the southeast side of the lake, you’ll find the Washoe Lake State Park, which is open to tourists year-round. Some activities at that lake include camping, picnicking, horseback riding, and hiking. The lake itself is also popular for water sports, such as windsurfing and kite boarding. The lake is often windy in the summer months, which is what makes these activities so successful. 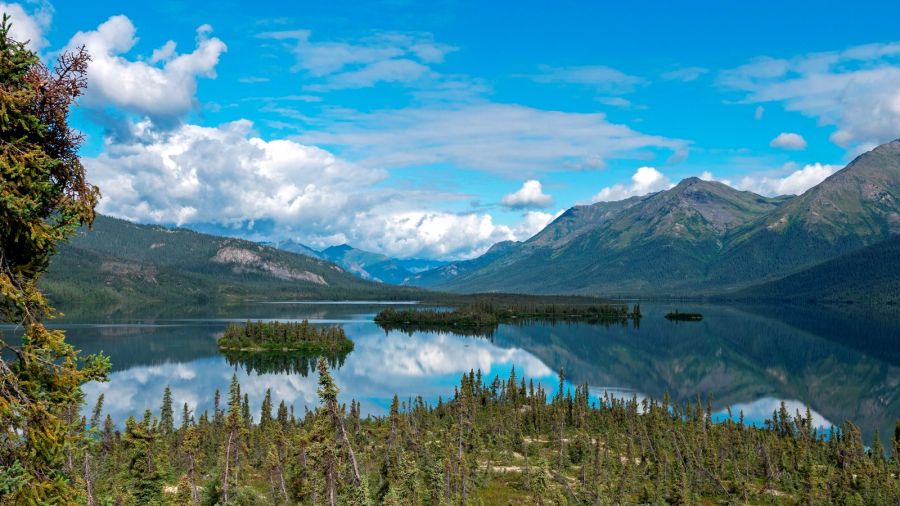 You’ll find the natural Walker Lake in Mineral County. It’s located on the east side of the Wassuk Range, and the lake is named after mountain man Joseph R. Walker. The lake is 13,000 hectares, and it’s known for its recreational area called Monument Beach. This place has remarkable scenery, but also plenty of fun things to do. You can go swimming, boating, fishing, or picnicking during your visit. 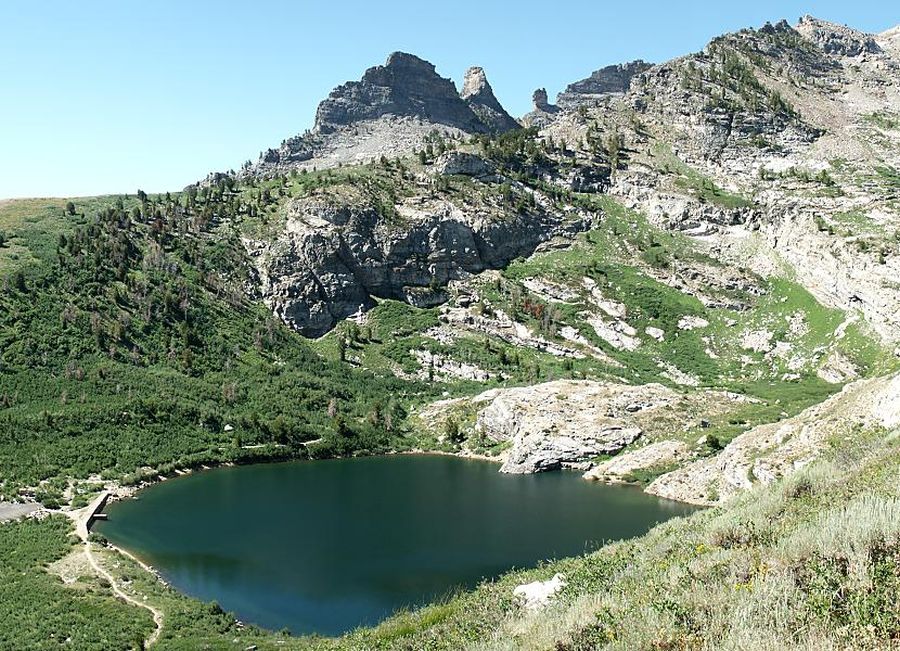 Angel Lake is another glacial tarn in Nevada, like Liberty Lake. It’s in the East Humboldt Range, 2,554 meters above sea level. It’s a smaller lake, but it’s one of the best because it’s surrounded by beautiful mountains and other impressive nature sights. Despite its size, it’s still popular for recreational activities like kayaking and canoeing. There’s even an Angel Lake Campground, where visitors can relax while they explore the amazing scenery. 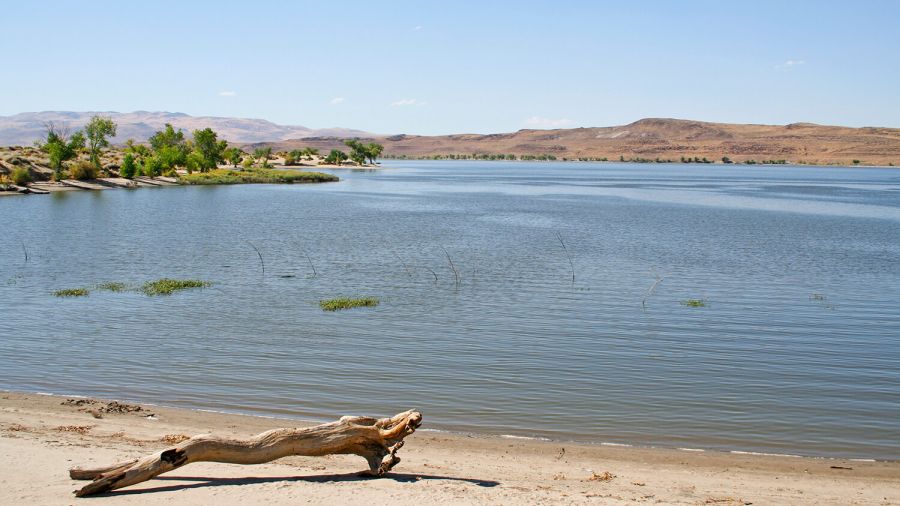 This lake is in the Lahontan State Recreational Area, along the Carson River. It’s a popular fishing spot because it has lots of wipers, walleye, white bass, largemouth bass, and more. Boating, hiking, picnicking, and camping are also popular activities in this area. There is a small fee to enter the park, but it’s worth it for the views alone. 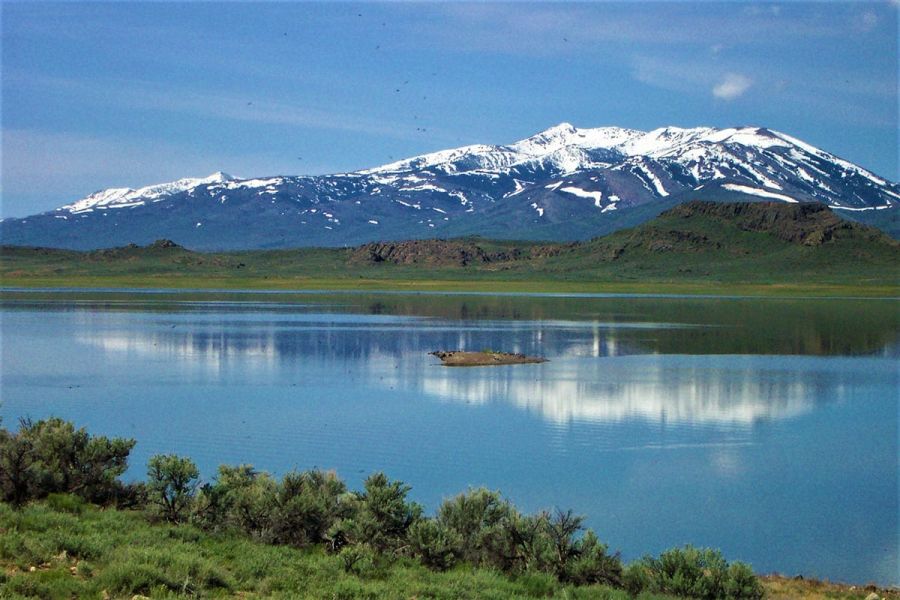 The Wild Horse Reservoir is a man-made lake in Elko County. It can be found within the Duck Valley Indian Reservation, and it’s part of the Wild Horse State Recreational Area. No matter the time of year, this recreational area is a great place to visit. Skiing, picnicking, boating, hiking, ice skating, snowmobiling, and water skiing are just some of the many activities you can enjoy. Plus, there are several campgrounds in the area, so you can turn it into an exciting outdoor vacation. 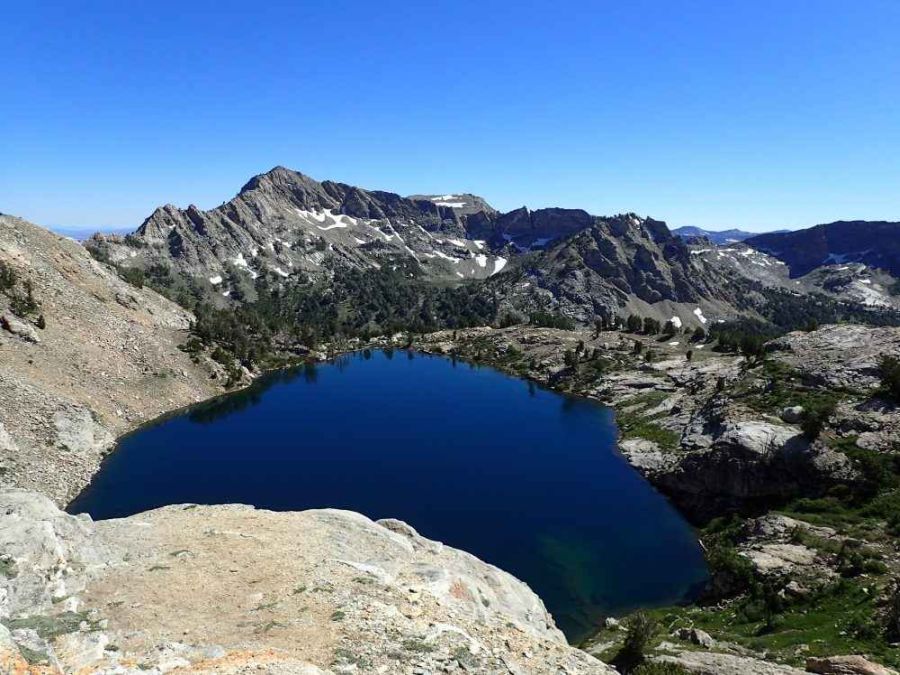 Lamoille Lake is a glacial lake that’s among the Ruby Mountains. It’s one of the highest lakes in the state, at 3,000 meters above sea level. It’s most famous for its hiking trails because the Ruby Crest National Recreation Trail runs through it. But if you’re not up for an intense hike, you can also camp, fish, have a picnic, or admire the scenery. It makes for some of the most beautiful photo opportunities.

When it comes to Nevada, there’s a lot more than meets the eye. Las Vegas isn’t the only fun place to visit in the state, so it shouldn’t define it. If you’re looking for a more relaxing trip in Nevada, then check out one of these 13 beautiful lakes. You’ll be able to relax, explore, and take breathtaking photos if you’d like. There’s something remarkable in every state, so don’t overlook the smaller beauties. 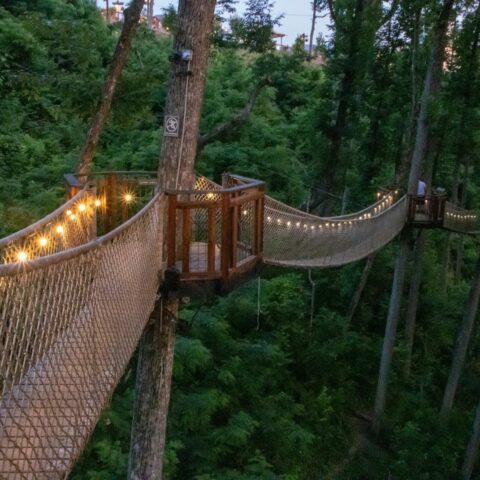 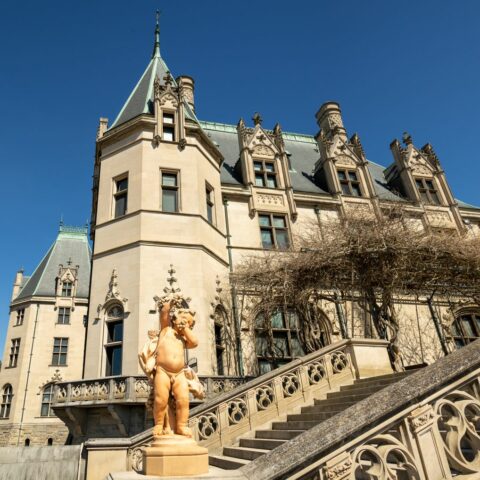