The Midwest might not seem like the best location for medieval structures, but there are actually lots of castles in Ohio. 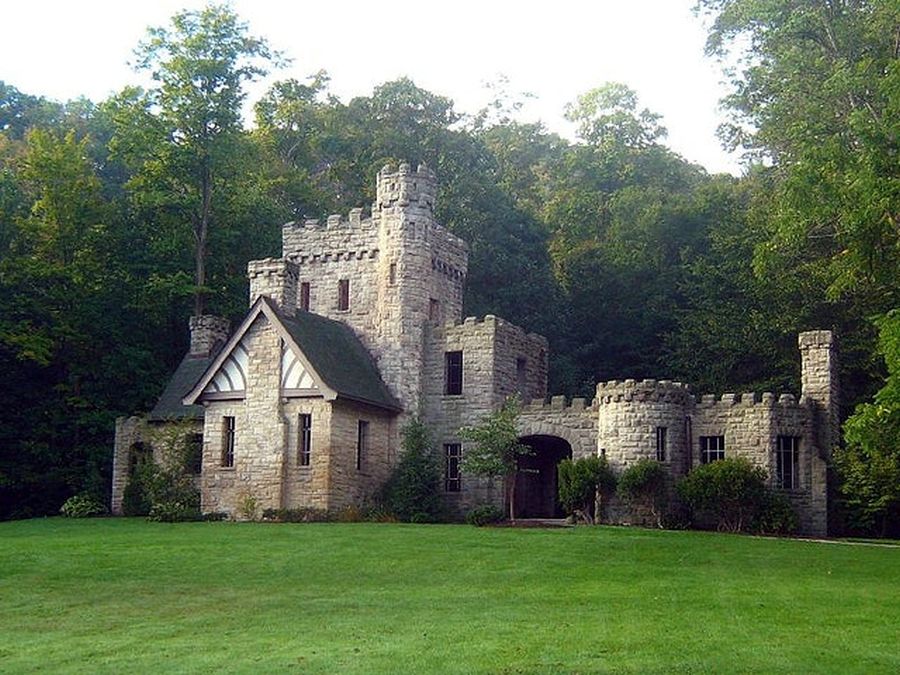 The state is full of hidden gems, and if you love history and architecture, you won’t want to miss these castles. Many of these massive structures look like they came out of a fantasy novel.

Thus, they make the perfect escapes from reality. If you’re hoping to view some magnificent castles, here are 12 in Ohio that will blow your mind. 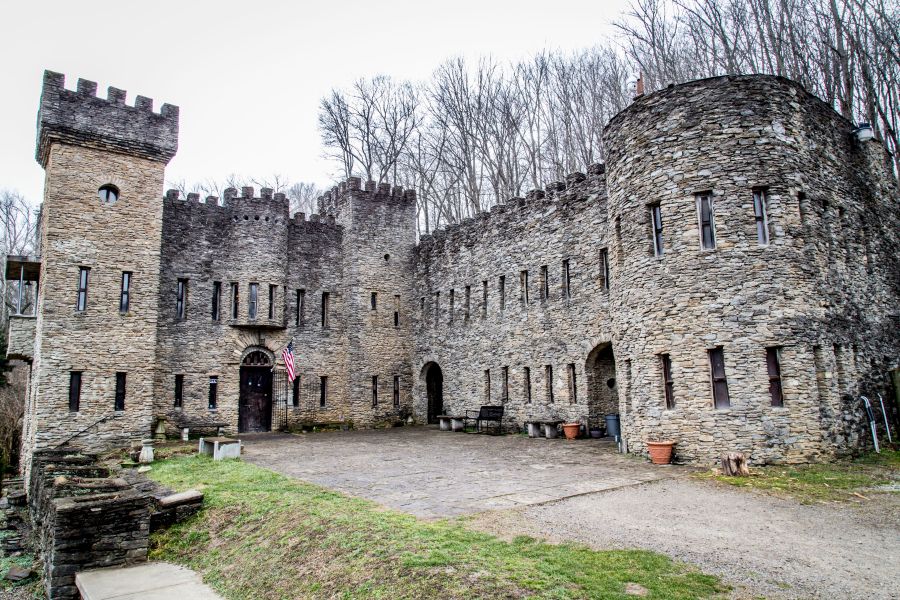 Also known as Château Laroche, this European-style castle can be found along the shore of the Little Miami River near Cincinnati. Harry Andrews built it brick by brick in 1929, and it took him over 50 years to complete it. When he passed away in 1981, the Knights of the Golden Trail gained ownership of the structure, and they use it as a museum and headquarters. During the summer months, visitors are allowed to explore the castle’s interior for a small fee. 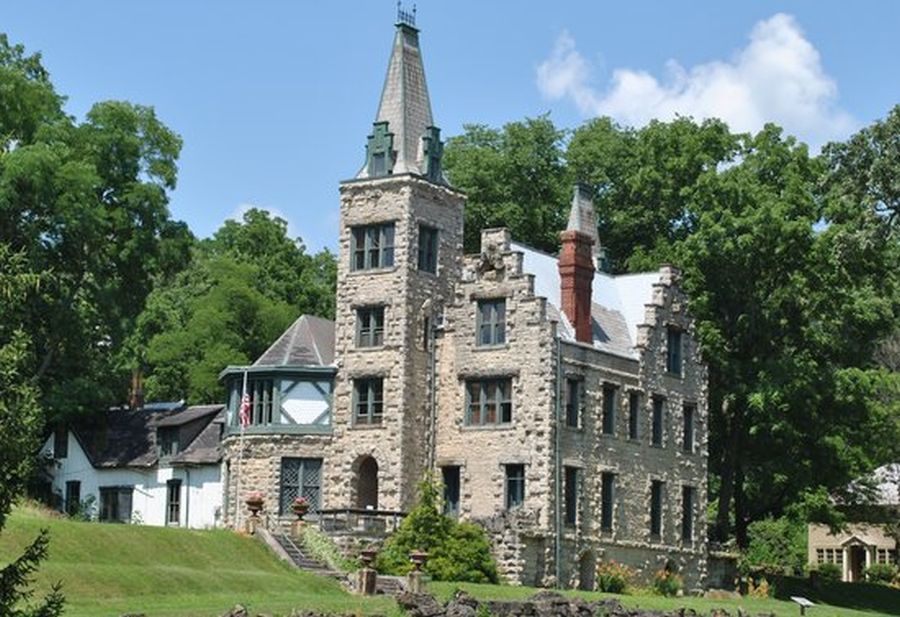 The Mac-A-Cheek and the Mac-O-Chee castles are beautiful gothic structures built in the 1860s and 1870s. They’re located in Logan County, which is in central Ohio. The castles are less than 3/4 of a mile from each other. Today, they’re family-owned museums that tourists can explore and tour. Inside, you’ll find three stories of antiques, paintings, and woodwork. The Piatt family lived in these castles after traveling to American to avoid religious persecution. 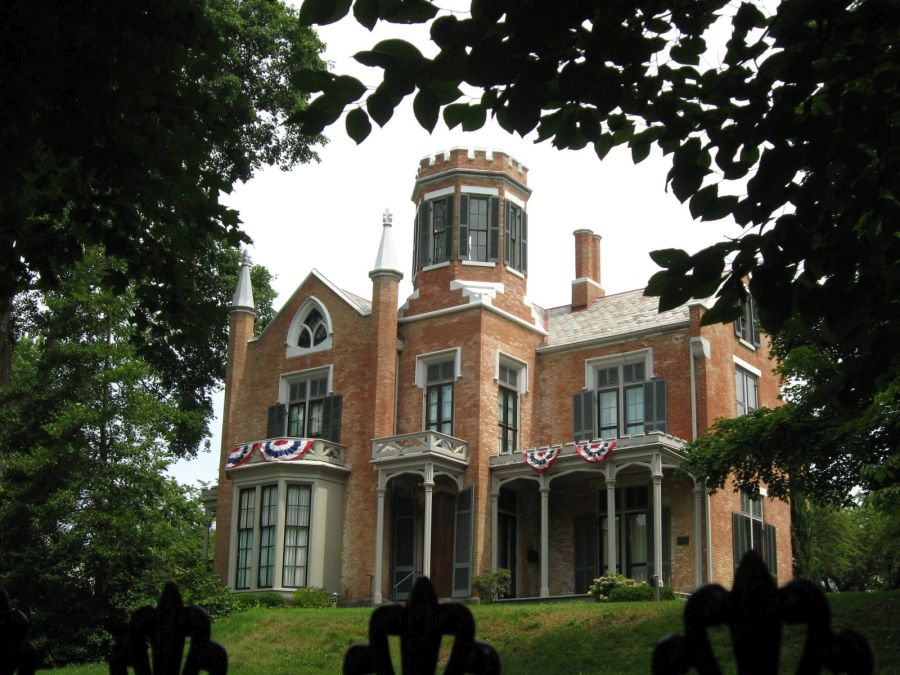 Today, the Marietta Castle is known as the Castle Historic House Museum. Colonel Melvin C. Clarke, a local attorney to Marietta, was the original owner and builder of the property. This massive home was built in 1855, but it didn’t open to the public until 1994. It has been restored to perfectly replicate the Victorian era, and guests can take a 90-minute guided tour through the castle. The castle’s hours vary based on the season, and it’s sometimes open for special events, such as concerts and ghost tours.

Technically, Squire’s Castle in Willoughby Hills isn’t a full castle. Instead, it’s just the ruins of an uncompleted castle, which many will say is even cooler than the other castles in Ohio. Feargus B. Squire planned to build a large estate on the land, but it’s said that he never finished it because of his wife’s death. Thus, many suspect that the castle ruins might be haunted by his wife. Even though it’s not a completed project, it’s still a beautiful place to hike near and explore. It’s even a popular location for weddings. 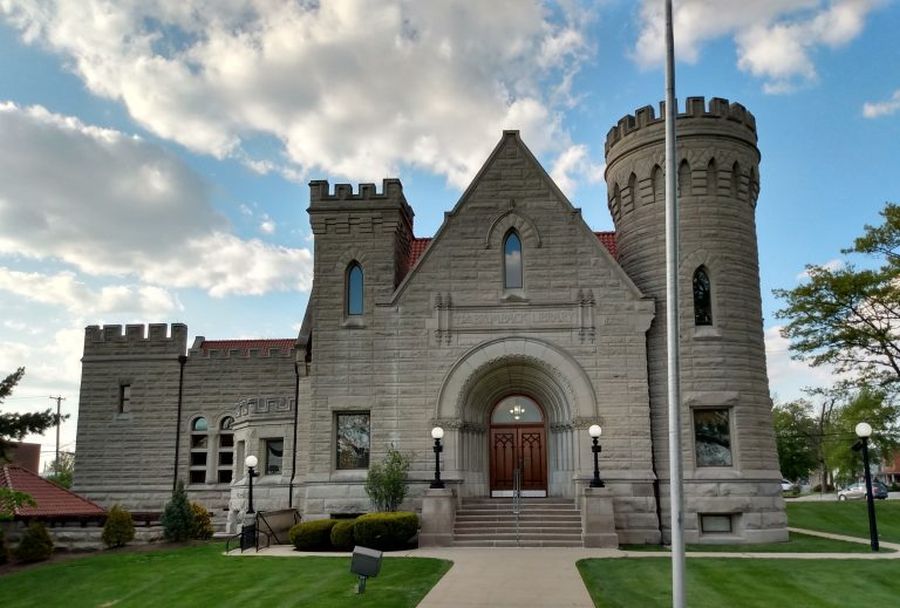 While this castle-like structure is technically a library, you won’t find another library quite like it. This Van Wert attraction is every book lover’s dream! John Brumback built this library for 12 women who were hoping to create a library for residents. It opened to the public in 1901, and it’s still home to about 1,400 books. Even if you aren’t looking for some free books to read, this library is still an amazing structure to visit. 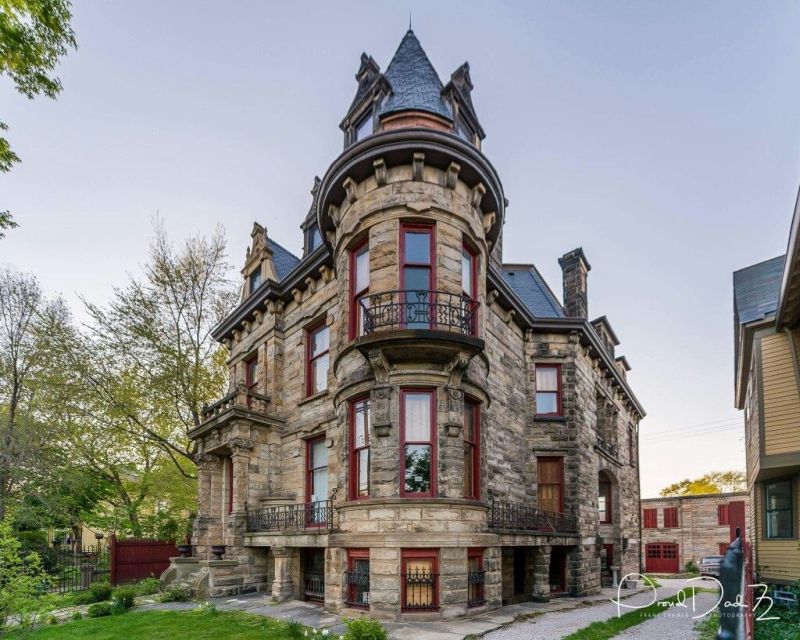 The Franklin Castle in Cleveland is also known as the Tiedemann House. It’s known as a haunted home, where many ghost stories take place. Some believe it’s the most haunted house in Ohio due to its many unexplainable ghost sightings. This castle was damaged by a fire in 1999, and it sat vacant until 2011, when a couple purchased it and restored it. Unfortunately, you can’t tour this 20-room home since it’s privately owned, but you can get a good look at it from the outside. 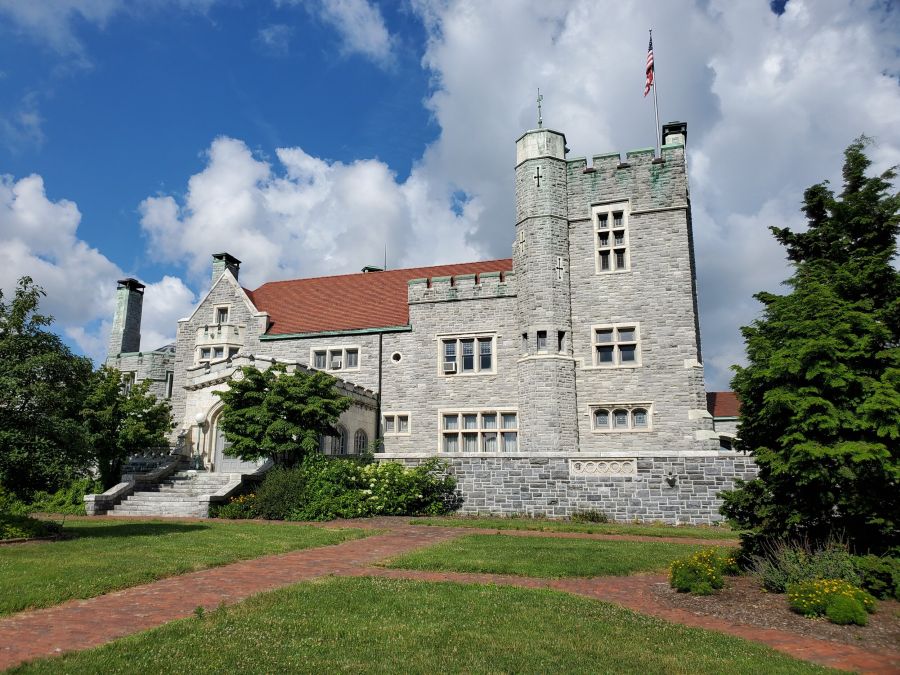 The Glamorgan Castle is currently used as the Alliance City School District’s administration office, making it one of the coolest school buildings in the state. William Henry Morgan, a European immigrant from Wales, built the structure in 1904 to mimic the styles he’d seen in Europe. It had many purposes before falling into the school business, including a lodge and a headquarters for a machine business. In addition to its notable exterior architecture, it also has a billiard room, bowling alley, and pool inside. 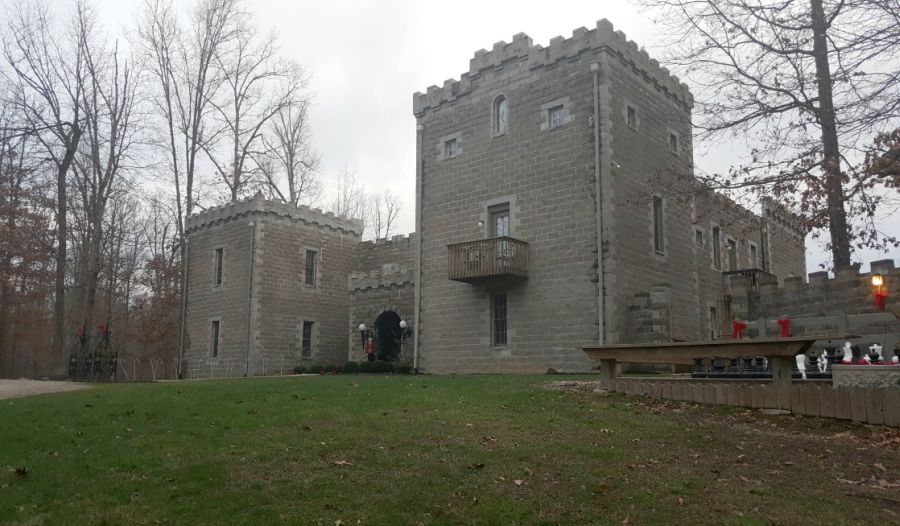 If you’re wondering what it’s like to live like royalty, then the Ravenwood Castle in New Plymouth might be the place for you. You can spend the night in one of the castle’s rooms or rent a cottage on-site. This castle was built in 1995, and it was designed to resemble castles from England during the 12th and 13th century. If you stay at this attraction, there are plenty of nearby parks and hiking trails, and events are often hosted nearby. 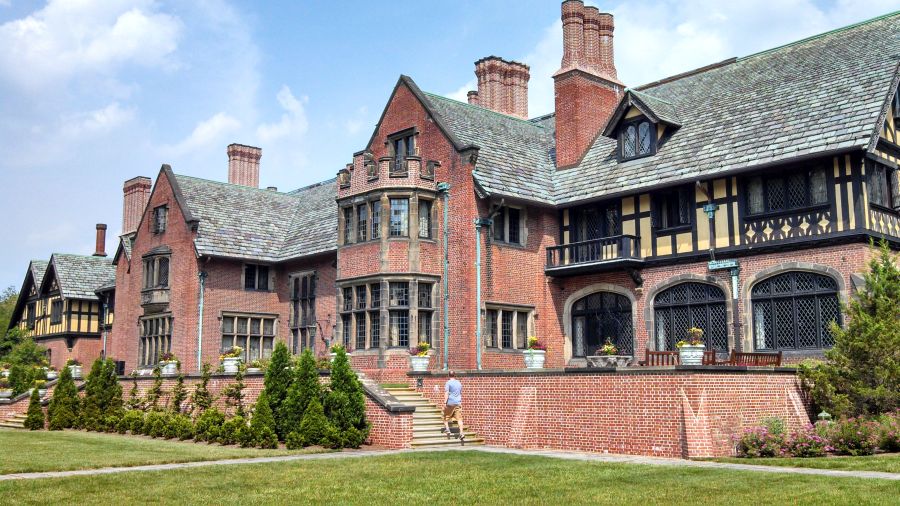 Even though it doesn’t have castle in its name, this Akron estate is still one of the coolest castles in Ohio. It’s a 64,500-square-foot mansion that was built in the early 1900s. It has 65 rooms, several gardens, a conservatory, and a gate lodge. It was built between 1912 and 1915, and the same family lived in it until the 1950s. After that, it was donated to a non-profit that would allow visitors to experience it. Today, it’s known as one of the largest homes that’s open to the public. 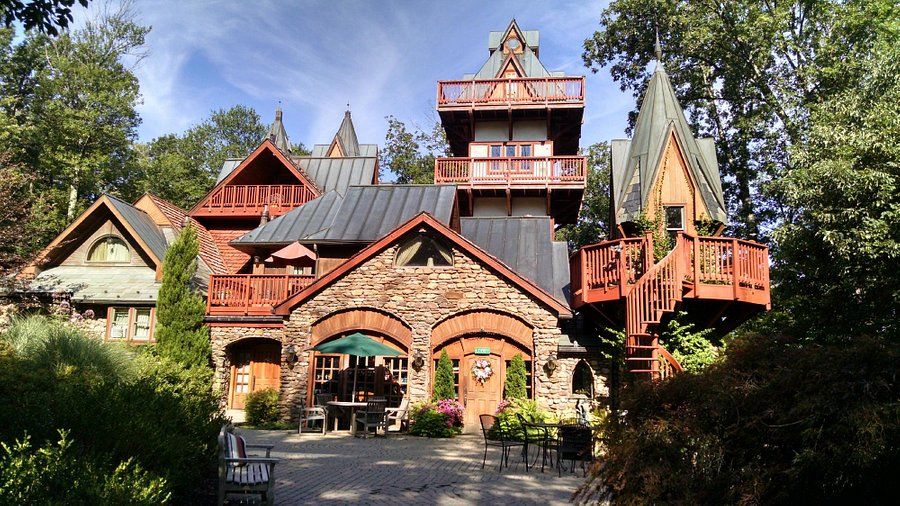 Like the Ravenwood Castle, this attraction allows visitors to spend the night. It’s a hotel, wedding venue, and retreat center in Loudonville. There are 11 unique suites in the castle, but also cottages on-site that are available. It has been open to the public since 2002, and it has many amenities, including a pool, hot tub, and sauna. Most guests love to explore the grounds, relax, or even search for ghosts during their stay. Some popular events at this location are the Ghost Walk and Haunted History Tour. 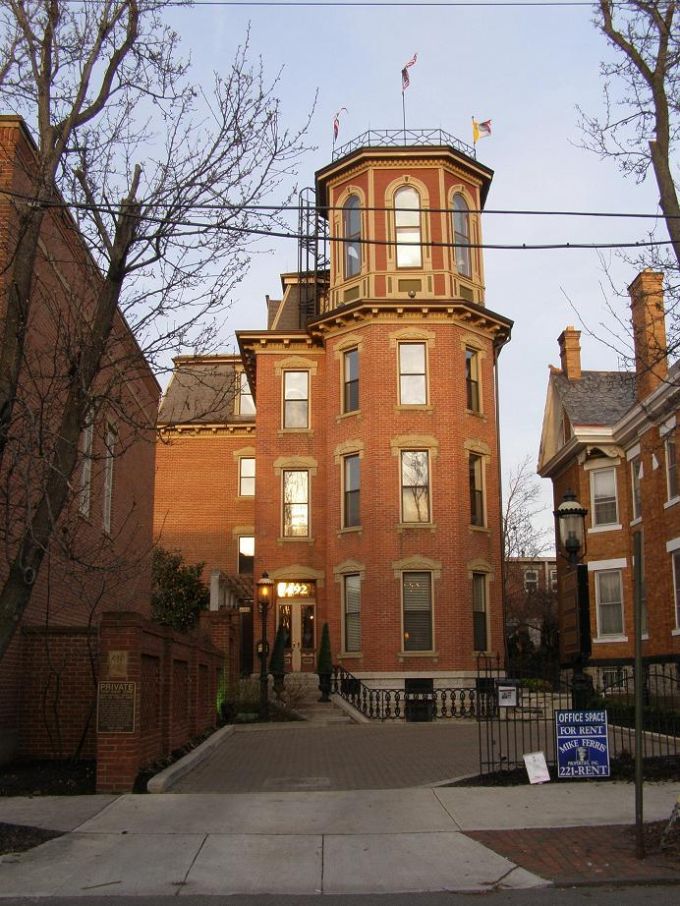 The Schwartz Castle in Columbus sure has an interesting history. Legends say that German immigrant William Schwartz built the castle after his fiancée called off the engagement. The heartbreak led him to do some unusual things, such as building secret passageways, five floors of basements, and other bizarre add-ons to the castle. Some believe that the structure is even haunted. Now, the castle is broken up into apartments, so you can rent out a space and witness the strange architecture first-hand. 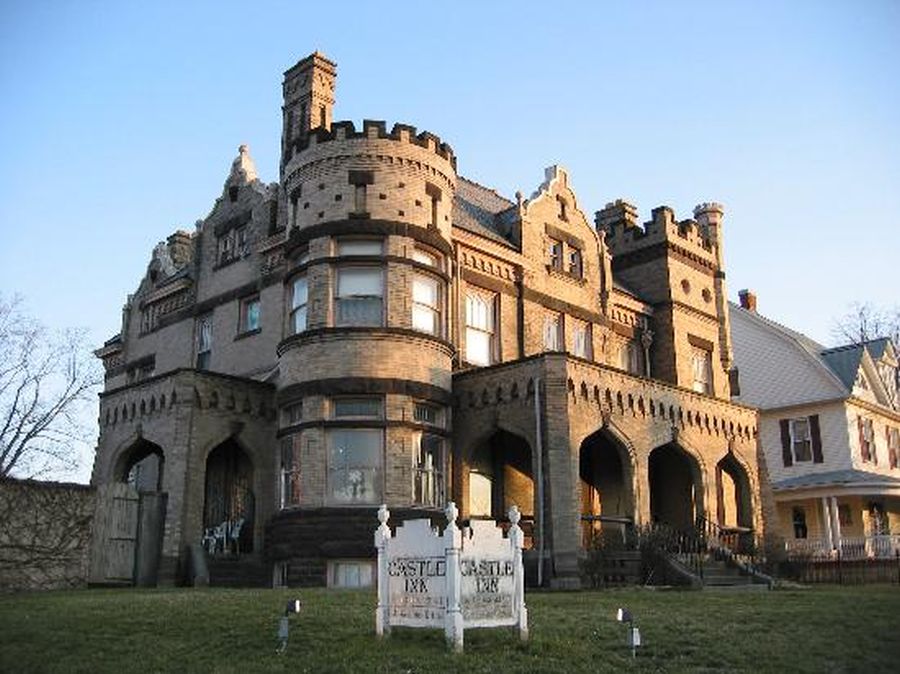 As the name implies, the Castle Inn in Circleville is another castle you can stay at. It was built in 1895 and was the home of Samuel Ruggles for many years. The castle was the location of an unsolved murder, so many believe it’s haunted. It was also featured on the TV series Psychic Kids: Children of the Paranormal. Even so, it’s an elegant bed and breakfast now. Ironically, it has monthly “Murder Mystery” events that are popular among visitors.

It’s not every day that you get to see a castle. So, you might not have expected there to be so many castles in Ohio. Each castle has a unique story and an even more special look. Just when you thought you’ve seen everything that the Midwest has to offer, these beautiful castles peak interest. Anyone with a sense of adventure is sure to add these to their bucket list. 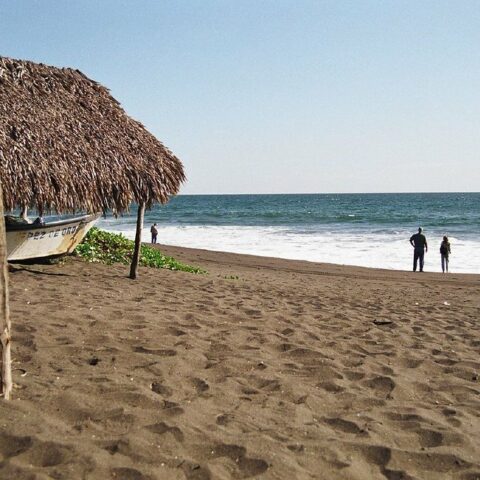 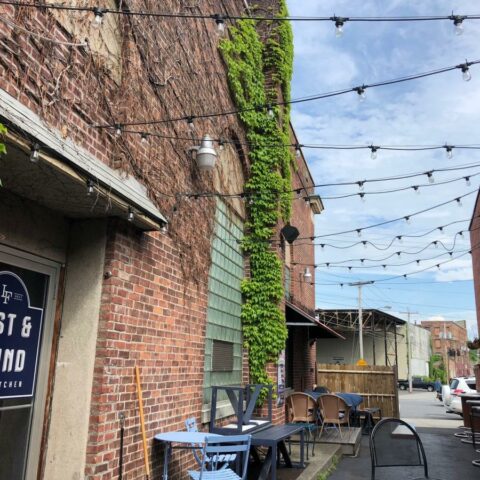 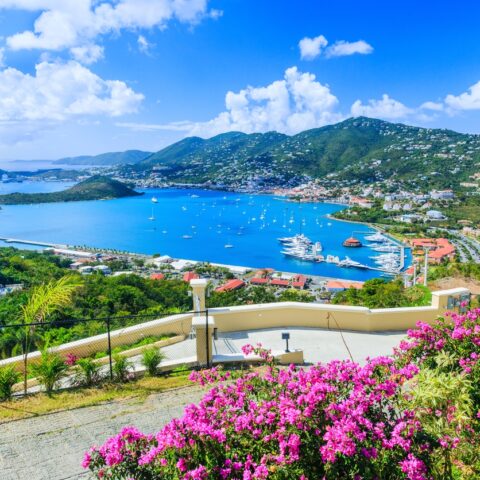 Do You Need a Passport for St Thomas? 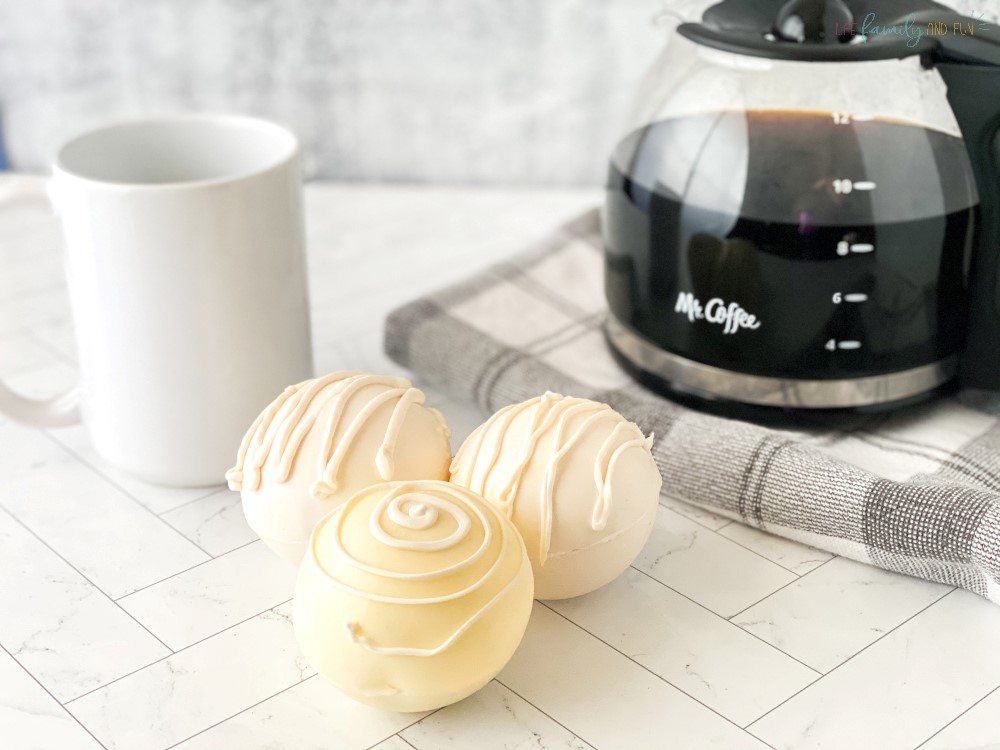