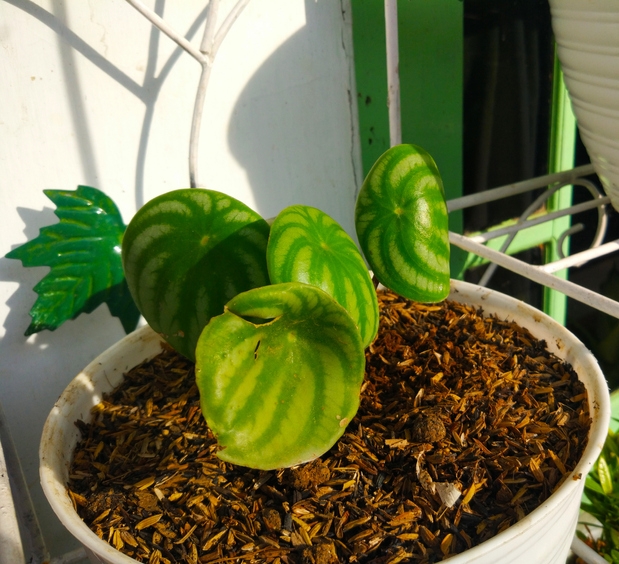 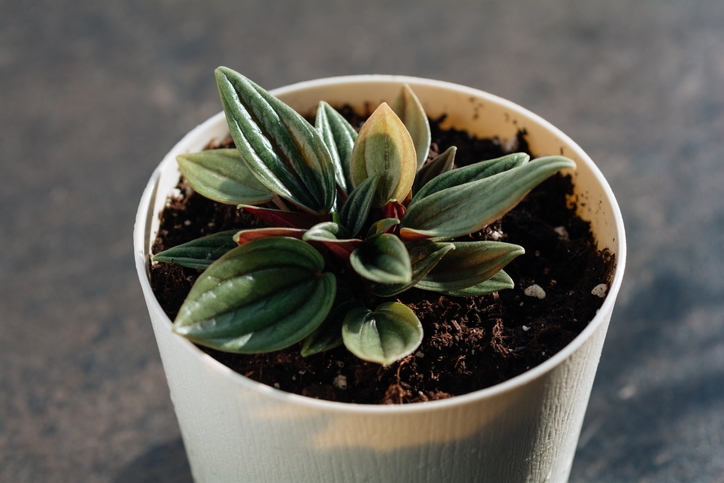 A native to the tropics, Peperomia spp. is a plant with beautiful foliage and definitely not the most difficult house plant to care for. However, it does have a few special needs that you need to take into consideration before investing in this plant. Today, we’re going to talk about all things peperomia and teach you the best practices to have a healthy and thriving plant.

What Is a Peperomia Plant?

The peperomia plant is a native to the tropics, which means that it’s quite a fan of the climate there. You are likely to find the plant spread across Central America. Today, people choose peperomia as an indoor plant because of its vivid ornamental foliage. That means that you can find a lot of varieties of the peperomia plant that look different from one another (we’ll get to that later in the article). This plant is usually compact and doesn’t grow taller than 12 inches when indoors, so it’s quite the appropriate size for a container.

How to Grow a Peperomia Plant

When it comes to light, the peperomia plant likes bright and indirect sunlight. If you happen to have a west or east-facing window, that would be a perfect place for it throughout most of the year. You want to avoid placing the plant in too much sunlight because it can cause the leaves to scorch (later the article, we’ll talk more about leaf problems and how sunlight can cause some of them).

The peperomia plant tends to reach for light, so be really careful with where you place it. If needed, you can prune it to give it a more beautiful shape and help it retain its compact appearance.

The peperomia plant likes moderately-wet soil, so you want to water it when you notice the top one or two inches of soil becoming dry. In fact, watering is pretty much the only tricky thing about this plant because it tends to have a lot of problems when getting insufficient or too much water. It is quite common for people to end up killing their house plants because of under or overwatering. When you add too much water to the soil, the plant’s leaves are the first one to give signs of illness. The dryness of the soil is the best method of guidance. Usually, the plant needs watering about once a week, but that depends on a variety of other indoor conditions that could cause the soil to dry out faster or slower.

As far as soil is concerned, you want to opt for a well-drained potting mix. You can create a mixture between perlite and peat moss, and you can even add some coarse sand into the mix. Much like a variety of other indoor plants, the peperomia plant can develop root rot when the roots are soaked in water, but that’s where well-drained soil comes into play and helps you avoid such problems.

Part of the peperomia plant care is knowing when and how much fertilizer to add. You’ll be happy to know that it has minimal requirements when it comes to fertilizer, but bad things can happen when you add too much or too little of it. 10-10-10 water-soluble fertilizer will usually do the trick, and you can apply it once per month during its growing season.

When you add too much fertilizer, the nutrient imbalance can be toxic for the plant. Not adding enough fertilizer can also lead to nutrient deficiency which, in turn, leads to a series of other plant-related problems.

Hardy to the USDA zone 10, peperomia plants do not like temperatures lower than 30 degrees Fahrenheit. Because they are tropical plants, warm environments are preferred, especially during summer months when it’s peperomia growth season.

It’s important to note that peperomia has a reputation for liking high levels of humidity, but this is not true for all of its varieties. The ones that resemble succulents and have thick and fleshy leaves can tolerate lower humidity levels if need be, which makes them more suitable for beginners or in homes with dry air. The general rule is this: the thicker the plant leaves are, the lower humidity it can tolerate.

When you have to pot/repot your peperomia plant, the process is pretty much straightforward. First of all, know that this isn’t a plant that requires frequent repotting and when it does, you can always opt for small pots because the plant itself isn’t that large.

Experts recommend repotting the plant once every two or three years, as this helps prevent the potting mix from getting too compact and losing its drainage capacity over time. It’s up to you whether you want to repot in a similar-size or a larger container. You will need to add suitable potting mix to the new container. Remove the peperomia plant from its original container with care, and get rid of as much of the old potting mix stuck to the roots as you possibly can. When placing the plant in its new container, add potting mix around the roots and stems to keep the plant in place.

When you want to prune the peperomia plant, you don’t have to be the most delicate. They are really tolerant to pruning, so if you’re rather the aggressive gardener, you won’t make the plant suffer too much. When pruning, you want to get rid of dead growth and leaves that could be a potential sign of a disease.

While it isn’t a very pretentious plant, there are a number of things that can go wrong with a peperomia in terms of diseases and pests. If you notice that your plant starts wilting, there are two possible causes: either giving it too much or not enough water. Even when you overwater the plant, it’s actually not getting enough water. When you don’t add enough water to the soil, the leaves start to have a dry appearance and can show signs of wrinkles.

While underwatering is usually solved by adding more water to the soil, overwatering is a little more complicated to deal with, especially because it can cause the roots to rot. If this is the case, immediate action is required, or else the plant might die. Repotting the plant is necessary, and make sure that you remove all diseases from the roots before putting the peperomia into a new pot.

Leaves turning yellow are usually a sign of exposure to excessive sunlight. Since the plant thrives in bright indirect light, too much sun exposure will literally burn the leaves. When the leaves of the plant are curling, it can either be a bug infestation or a nutrient deficiency.

When the leaves of your peperomia plant turn up black spots, you want to give them your immediate attention. There could be a number of problems causing this, from Rhizoctonia to Cercospora leaf spot. You want to isolate the plant from the others and proceed to removing the infected parts of the plant. Leaves that are affected are best cut off entirely, to make sure you remove the diseased foliage.

When it comes to pests, the peperomia plant is pretty resilient, but there are three main threats that we have to mention, starting with fungus gnats. These small flies don’t damage the plant as adults, but their larvae will feed on the roots of the plant, which is troublesome. If your peperomia plant has signs of fungus gnats, you can reduce the watering and add some sand to the potting mix to keep them under control. Cinnamon powder added to the top layer of the soil is also a good idea.

Mealybugs are easily identified as white masses which typically reside on the lower surfaces of leaves. Mealybugs are often accompanied by mold, and both of them will infect plants and prevent them from growing. Insecticidal soap is usually one way to get rid of them.

Lastly, we have mites, and the reason why mites are so dangerous is because they are super small and are often left undetected until they end up causing serious plant damage. They can prevent the growth of new leaves and cause necrotic areas. Pesticidal soap or sprays are typically useful in these situations.

When you want to propagate the peperomia plant through leaf cuttings, you need to follow these steps:

Another method for peperomia propagation is through stem cuttings. For this process, here are the steps to follow:

The peperomia plant has a lot of different varieties, so let’s talk about some of the most popular ones:

Unlike a lot of other common house plants, peperomia plants are safe for both humans and animals. If you come in contact with the plant or happen to ingest parts of it, you will not be in any danger. Granted, it’s not the kind of taste that you want to feel in your mouth, so it’s best not to try and chew on them on purpose, but you won’t have to worry if your pets or children nibble on the leaves. This makes it a great house plant for households with children or pets that like to chew on everything.

Growing a peperomia plant isn’t all that complicated as long as you understand what it is you have to do to care for it. Known for being one of the less pretentious house plants, the peperomia is available in a wide range of varieties, offering you the possibility to enrich your plant nursery with different kinds of shapes and colors. 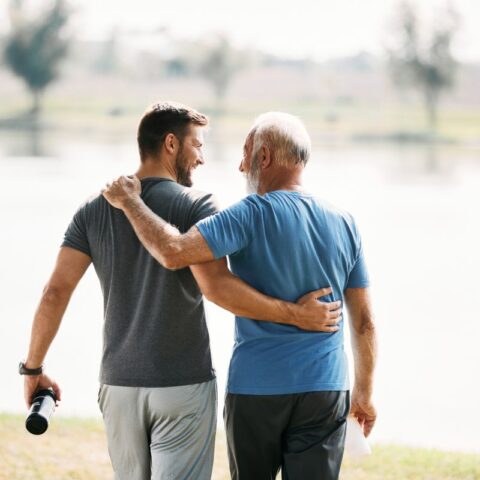 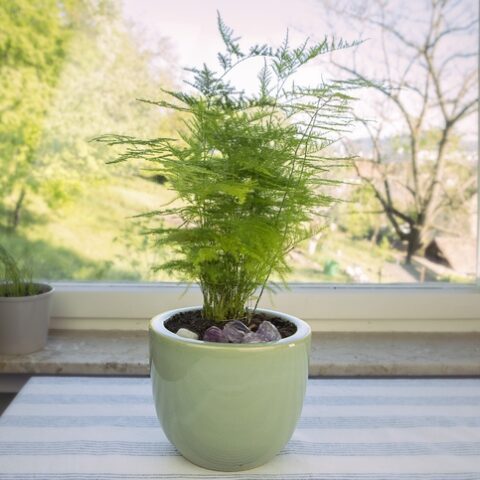 Everything You Need to Know About Growing A Lucky Bamboo Plant