Home » What Are The Grandparents Rights ?
Parenting

Grandparent rights are something that you may not think about until it affects your family. When child custody and visitation disputes take place, grandparents can be left out of the picture. This is despite the fact that many grandparents are actively involved in their grandchildren’s lives—sometimes even serving as daily child care providers or primary caretakers. 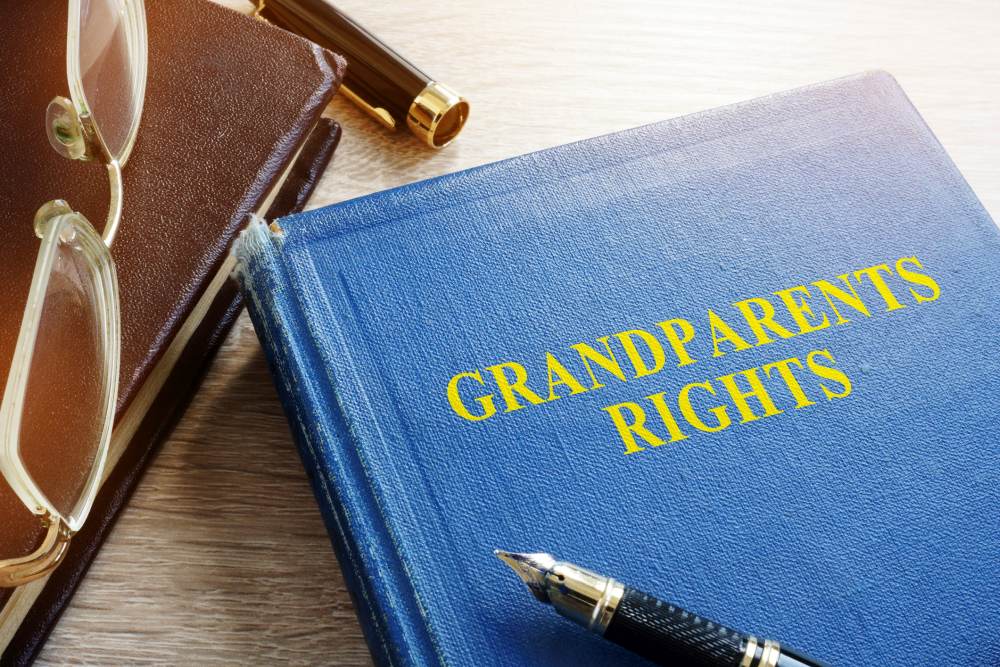 While parents call most of the shots with custody and visitation, grandparents are also allowed to make their wishes known and fight for the right to spend time with their grandchildren. Actual laws vary by country and state, but most have procedures in place to help grandparents retain the ability to see their grandchildren. However, grandparent rights are often limited, something that surprises and disappoints many grandparents when their adult children divorce or separate.

Parental rights are primary, and that’s usually for good reason. Although most grandparents are loving and involved, some aren’t, and parents have the right to decide who spends time with their children. Although parents’ rights are strong, grandparents have a legal right to be notified if child protective services (CPS) removes their grandchildren from their parents’ home. The 2008 Federal Fostering Connections Act requires adult relatives to be identified, notified and given the right to participate in making decisions about what happens to the child or children.

Grandparents have the right to seek custody, but they are not automatically given special consideration. Their request is handled the same as any third-party petition for child custody, and they are treated the same as any other type of foster parents. Bottom line: parental rights, decisions and wishes almost always trump a grandparent’s. Even when legal grandparent visitation is ordered, it can be hard to enforce.

While it only seems fair that the amount of time a person spends with a child should determine how visitation decisions are made, that isn’t always the case. Many grandparents assume they will continue their relationship with their grandchildren after a custody dispute. Because almost all the legal control is left to the parents, even involved grandparents can find themselves separated from their grandkids.

If the parent not related to you receives custody of the children, he or she may wish to cut contact with you and your entire side of the family. This is especially true if your relationships were strained to begin with, and can be devastating to you and the children. However, there are a few things you should consider before you decide to sue for visitation rights. 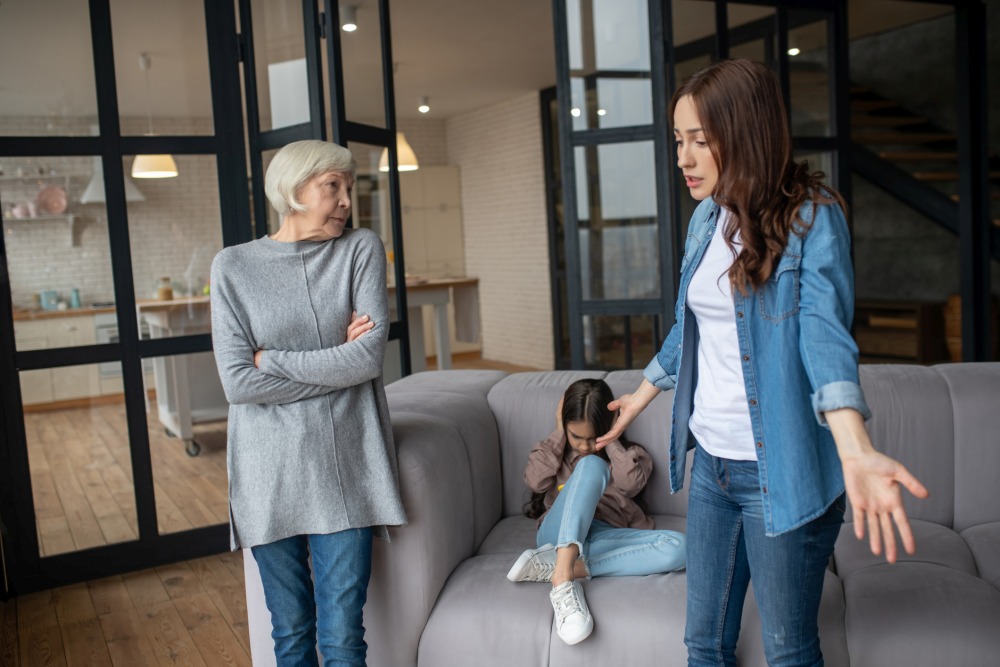 What to do if Your Grandparent Visitation Requests are Denied

There are things you can try before suing to obtain visitation rights. You can wait and see if the family dispute resolves over time, or try harder at reconciliation. Some families are able to heal their relationships through counseling or seeking mediation.

Even when a state or province has laws that address grandparent rights to visitation, it doesn’t mean that a grandparent is guaranteed access to the children. Not every grandparent has the ability to file suit; the ones that do find them expensive and difficult to win. Even so, each year many grandparents take legal action to maintain relationships with their grandchildren.

The court may be more likely to rule in your favor if you’re able to provide clear documentation of having a strong relationship with your grandchildren. If your adult child and/or their spouse has restricted contact between you and the grandkids, document your attempts to connect. That way, you can prove that you want to be an active participant in your grandchildren’s lives.

Awarding grandparents custody is usually reserved for cases that meet the legal definition for abuse or neglect. Even if children are temporarily in a grandparent’s custody, reunification with the parents is usually the end goal. This is true even when the parents are making questionable—but not abusive—decisions. If the children are not at serious risk of harm, parental rights usually stand.

Substance abuse issues are the main reason that children are removed from parental custody. Even so, many parents with substance abuse disorders retain custody of their kids as long as they aren’t in serious danger.

Grandparents are often surprised to learn that substance abuse alone isn’t enough to obtain even temporary child custody. They may feel certain that they can provide a more stable, secure environment for the children and give them a better life. Unless CPS removes the children from the home, grandparents (or another relative) aren’t easily able to obtain custody.
What is considered abuse? Laws vary by state, but usually include the following:

Grandparent custody arrangements take several different forms, and the names for these can vary by state. It’s helpful to familiarize yourself with the different types of custody before talking to a family attorney.

Many organizations exist worldwide to promote grandparents’ rights and offer grandparents support. These groups have organized together to improve grandparents access rights to their grandchildren:

Our relationship with my son’s wife has been strained. I have reason to believe they will eventually divorce. What can I do now to make sure she won’t take away my ability to see the kids?

Start documenting your relationship with each of your grandchildren. Keep cell phone call records and any mail they send to you. Take screenshots of gifts you buy for them online. Save copies of emails, texts and photos. When you visit, try to take plenty of pictures with the kids and write down the date and time you visited. While this may seem excessive, if legal recourse is necessary in the future, you’ll have a better chance of staying connected if you provide proof of strong grandparent/grandchild relationships.

My daughter is a single mom with three kids and the kids’ father is in prison. My oldest grandchild is 13 and is often put in a caretaker role. Their apartment is tiny and dirty, and I don’t think they get enough to eat. I’m sure a court will give me the kids if I ask for them. What are my chances of getting custody?

Unless CPS determines that your daughter’s parenting fits the legal definition of abuse or neglect, you will be fighting an uphill battle. Parents have the right to raise their children as they see fit, and living at the poverty level doesn’t mean you have the right to take them away. Some states even specify that financial lack does not constitute abuse. Instead of involving CPS, offer your daughter and grandchildren as much help as you can. Have groceries or meals delivered, offer to help pay a bill and if you live locally, provide child care if you are able.

What is a guardian ad litem?

A guardian ad litem is a court-appointed guardian responsible for representing the interests of children during the course of a legal action. They are usually attorneys who investigate the case, give testimony of their findings, make recommendations and ensure that all parties comply with court orders.

Do my grandchildren get a say in who they want to live with?

If I get custody of my grandchildren, can that be changed later?

Yes. The only adoption terminates parental rights. Unless you have legally adopted your grandchildren, the parents may be awarded custody if their circumstances improve. 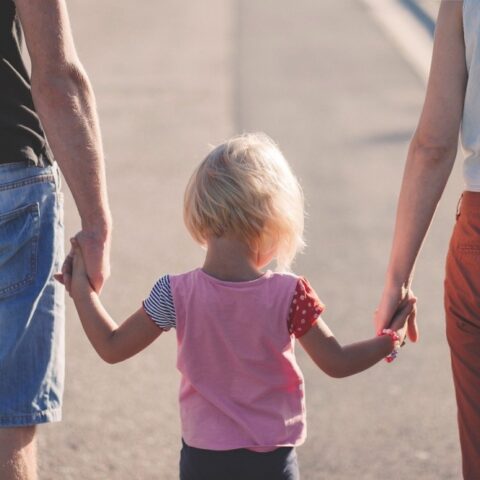 What is And How To Making the Most of Co-Parenting 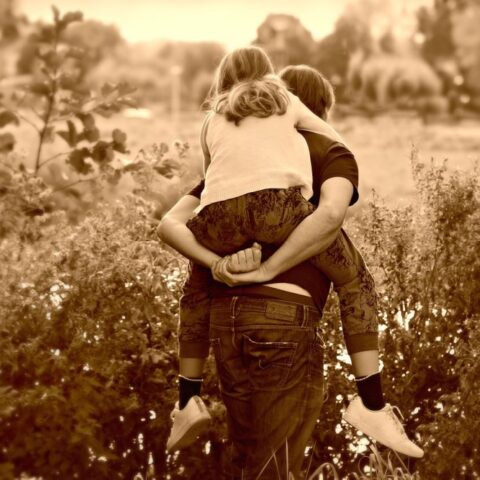 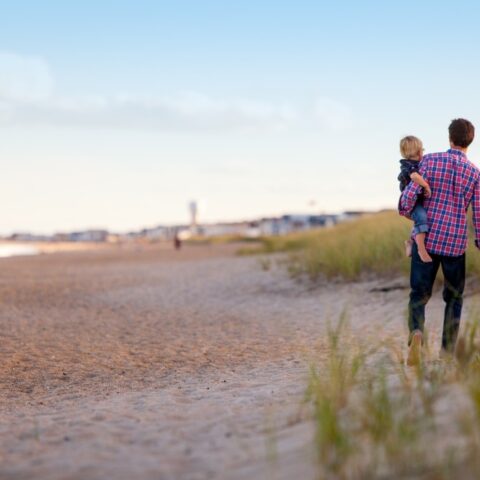 How to Answer Kid’s Questions About Absent Fathers