One of the best parts about learning how to make stuffed French toast is the versatility of this recipe. You get to decide whether you want to make a sweet dessert or adapt it to make a more savory dish. 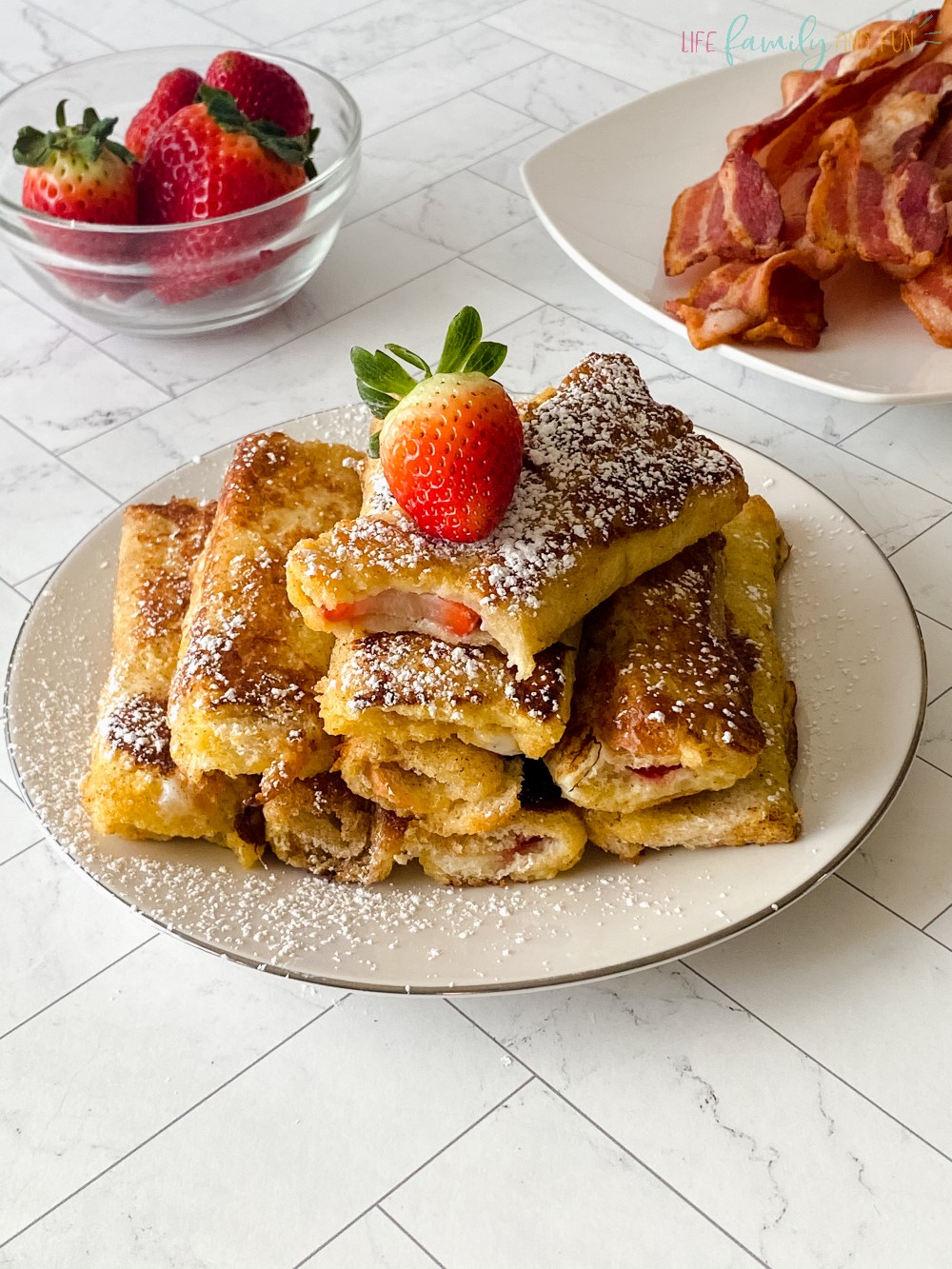 Today’s spotlights falls upon learning how to make stuffed French toast and, rest assured, it’s quite easy to make considering the fancy name it bears.

Where Did French Toast Come From?

French toast is a very popular food in many cultures. Early references to French toast in the Roman Empire can be found in the Apicius, a collection of Roman recipes. The Apicius also prescribes that bread be sliced fine and broken into large pieces. To make the filling, add milk and egg, and fry in oil.

In Germany, the dish for “arme ritter”, which means poor knights, was first prepared in the 14th century. A few years later, Taillevent presented a similar recipe for tostées dorées (golden toast). French toast seems to have gotten its name in England, in the 17th century.

It’s a myth that French toast originated from America. In 1724, a French restauranteur named Joseph French accidentally spelled the wrong word for the dish. He then named the pastries “French toast” instead.

In France, French toast is known as “pain perdu,” which translates to “lost bread.” This recipe was created to use up all of the stale bread from the previous days in a time when food was scarce and people couldn’t afford to waste anything. The remaining bread was brought back to life by dipping it in a combination of eggs and milk, and fried on a skillet, resulting in a substantial and highly full dish to feed a family.

The original French recipe is based on just calls for bread, eggs, milk, a pinch of sugar, and a frying pan, some modern interpretations have elevated the meal to a more sophisticated dish. Topics will now include anything from ice cream to bacon. 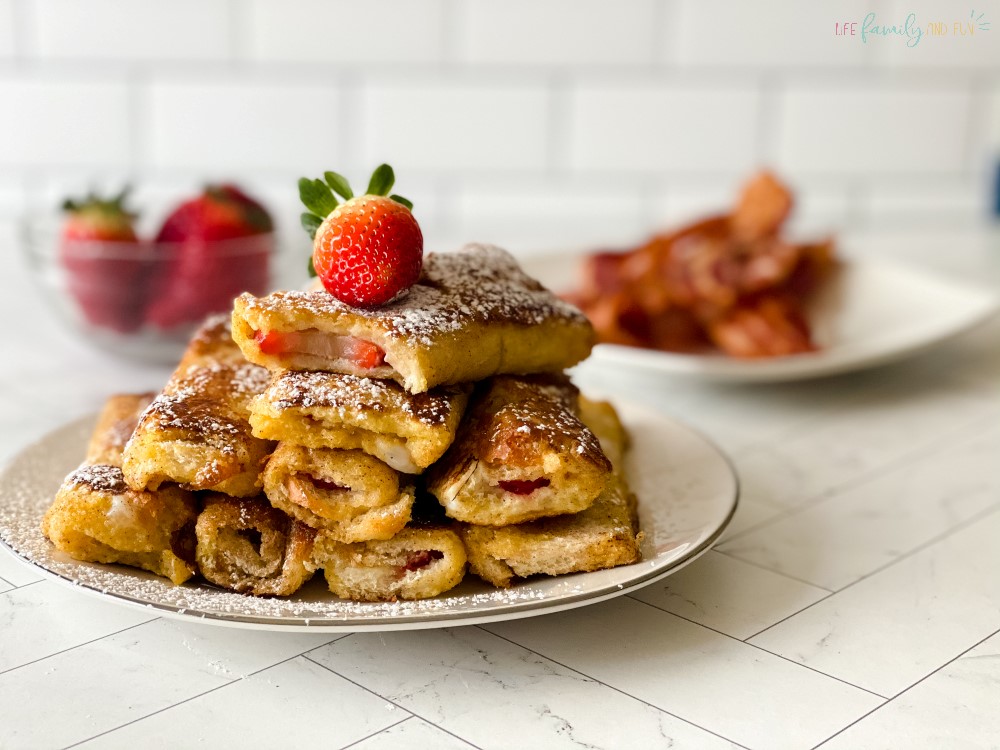 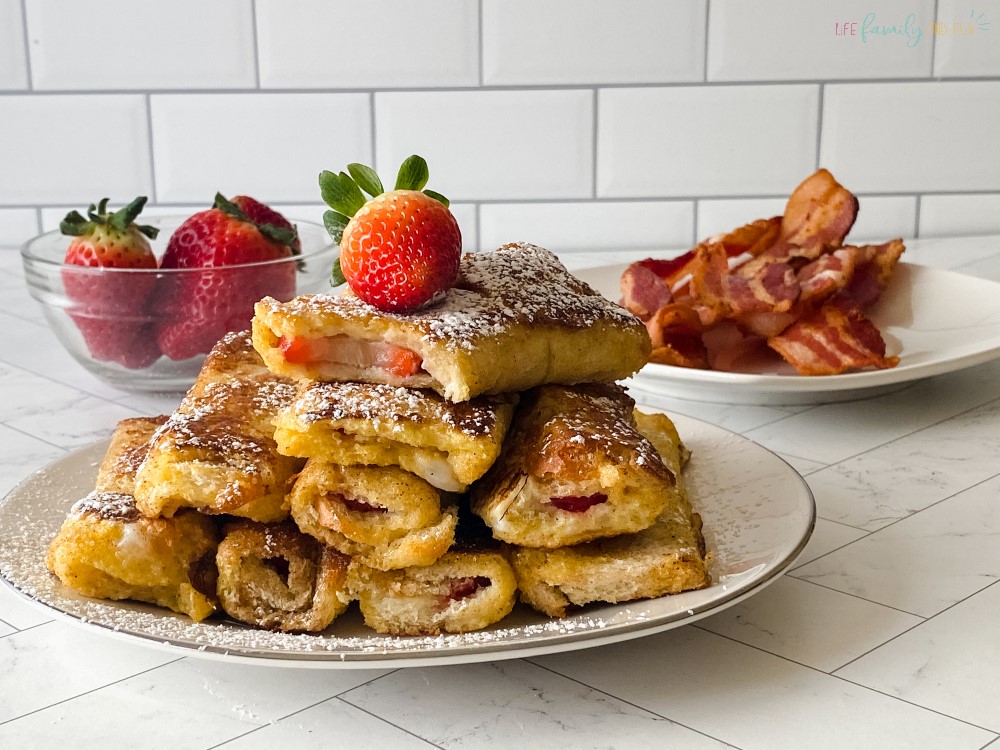 How to Make Stuffed French Toast

Before you start, make sure all the ingredients are in their rightful bowls and have everything close by. Cut the strawberries in thin slices after having washed them and removed their stems. Grab a bowl and whisk the ingredients needed for the batter: the milk, eggs, vanilla, granulated sugar, cinnamon, and nutmeg. Cut off the crusts of the bread and use a rolling pin to flatten the slices.

Grab a butter knife and spread the mascarpone cheese on the flattened pieces of bread. Add a layer of strawberries before you roll the bread slice, as you can see in the following images: 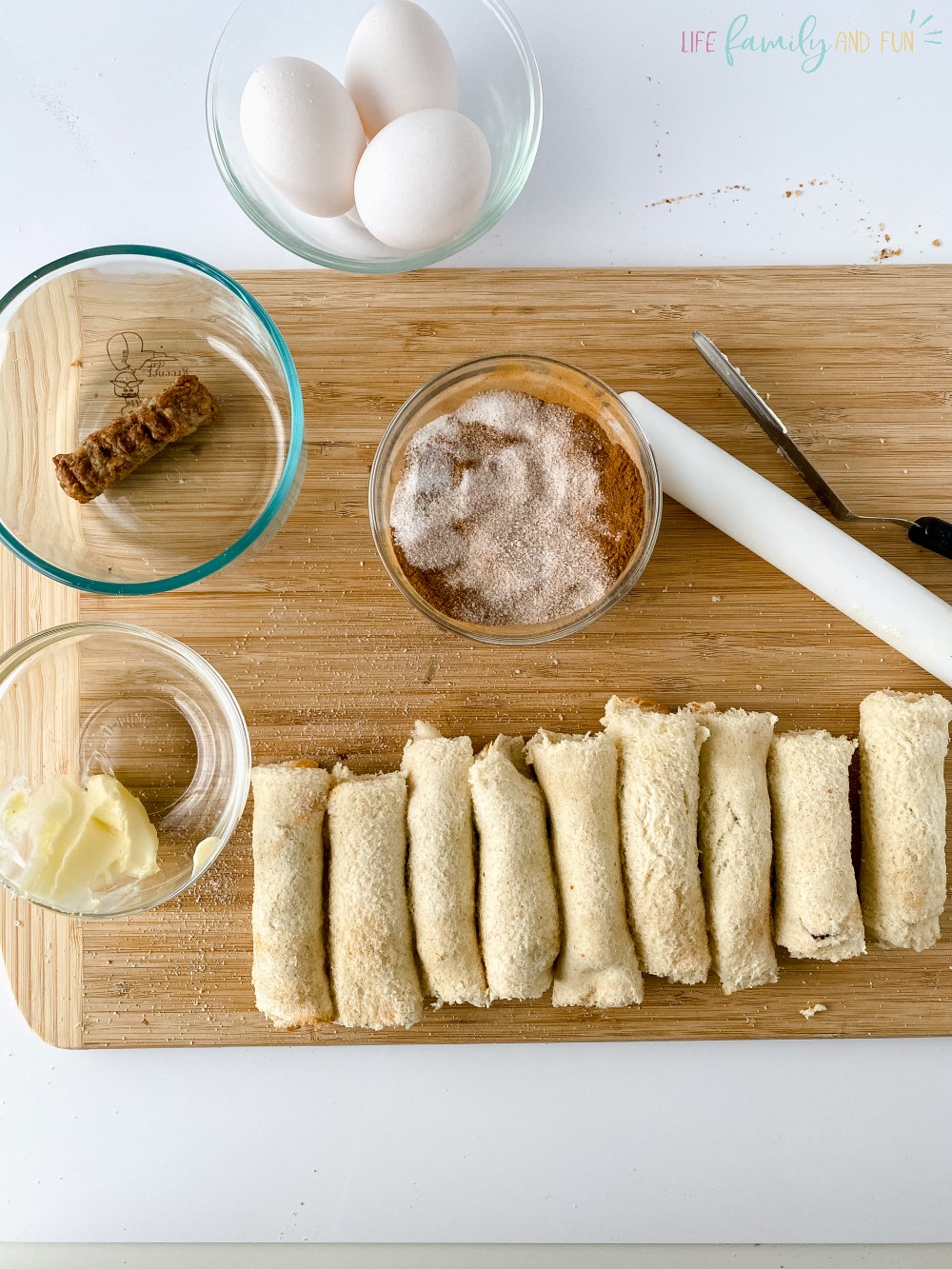 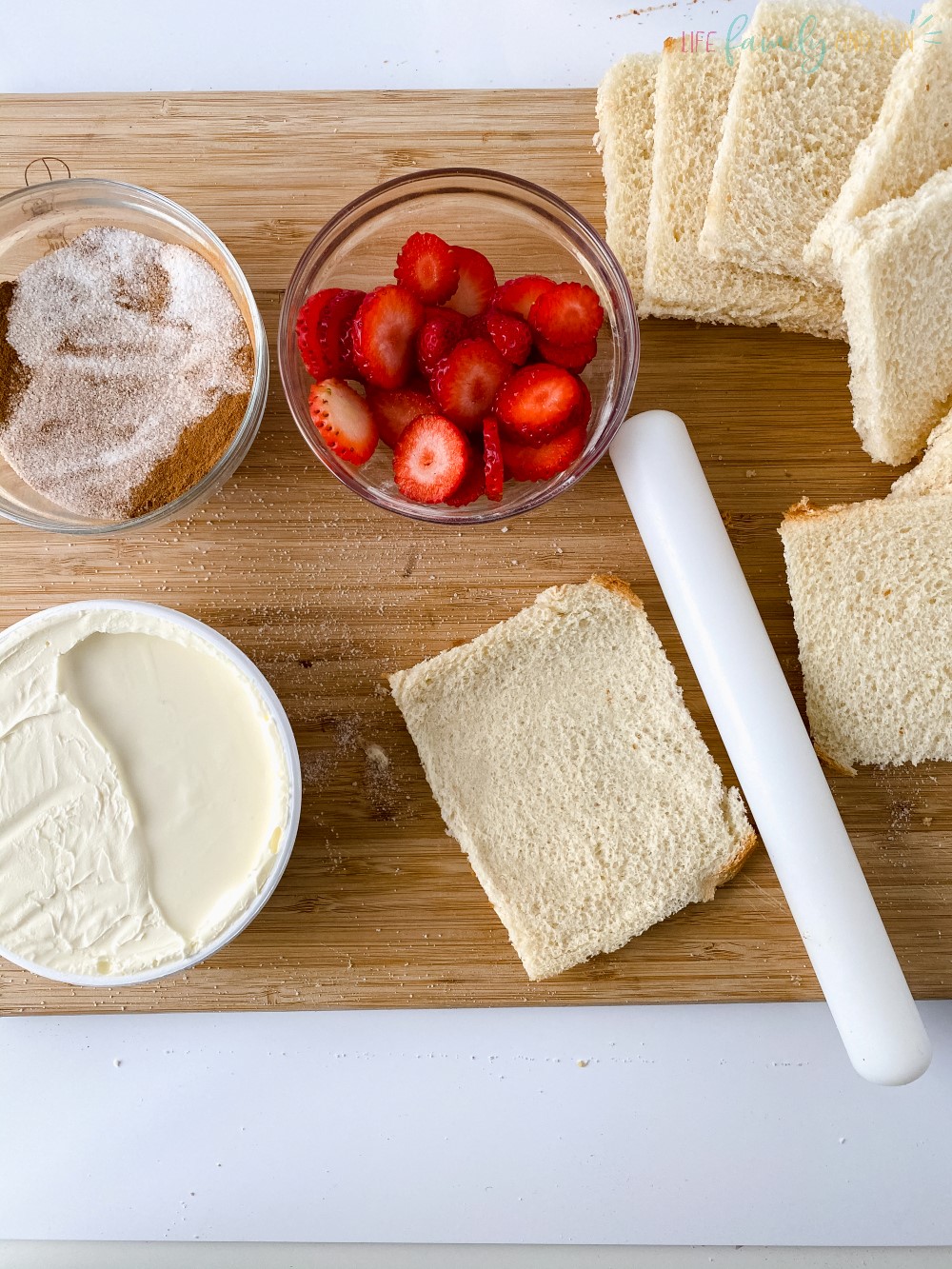 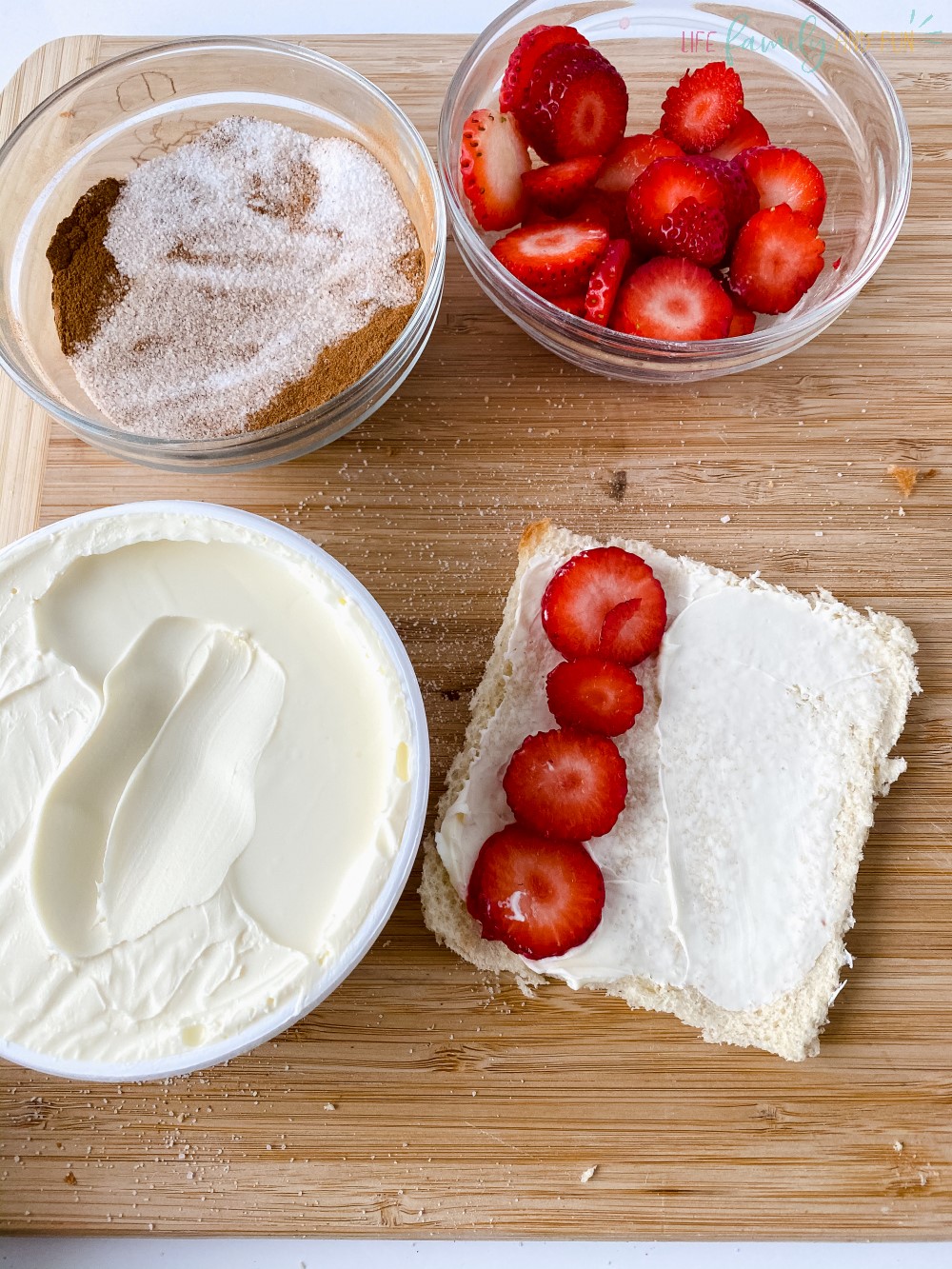 Roll the slice of bread, pinching the ends together to create a tight seal and ensure that nothing comes out of the roll while you’re cooking it. 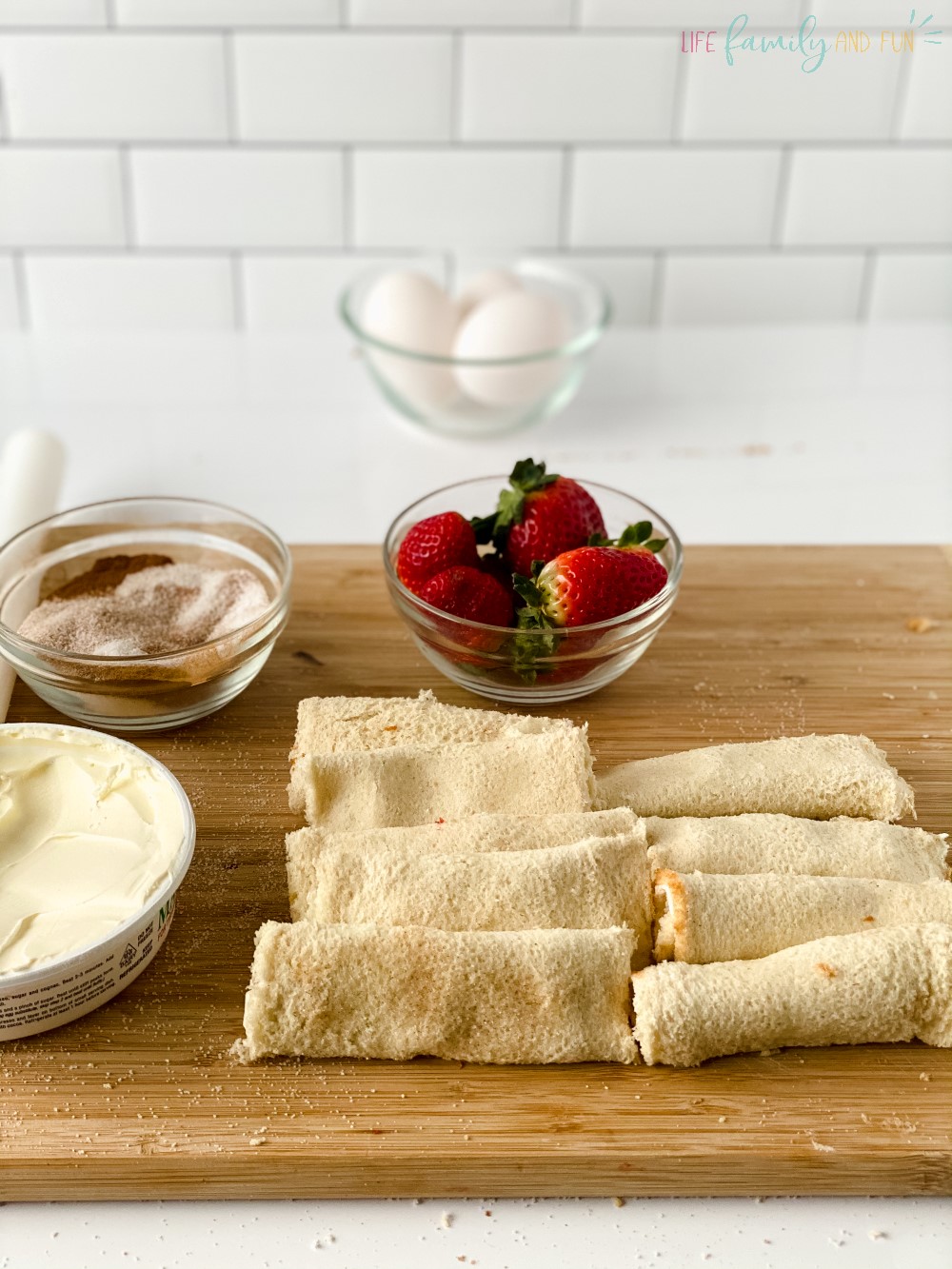 Grab the bowl of batter you made during the first step. Melt the butter in the griddle or skillet. Using a pair of tongs, dip each French toast stick into the batter and put it in the skillet. Repeat the process for each French stick. You know they’re cooked when all sides have a golden brown color. 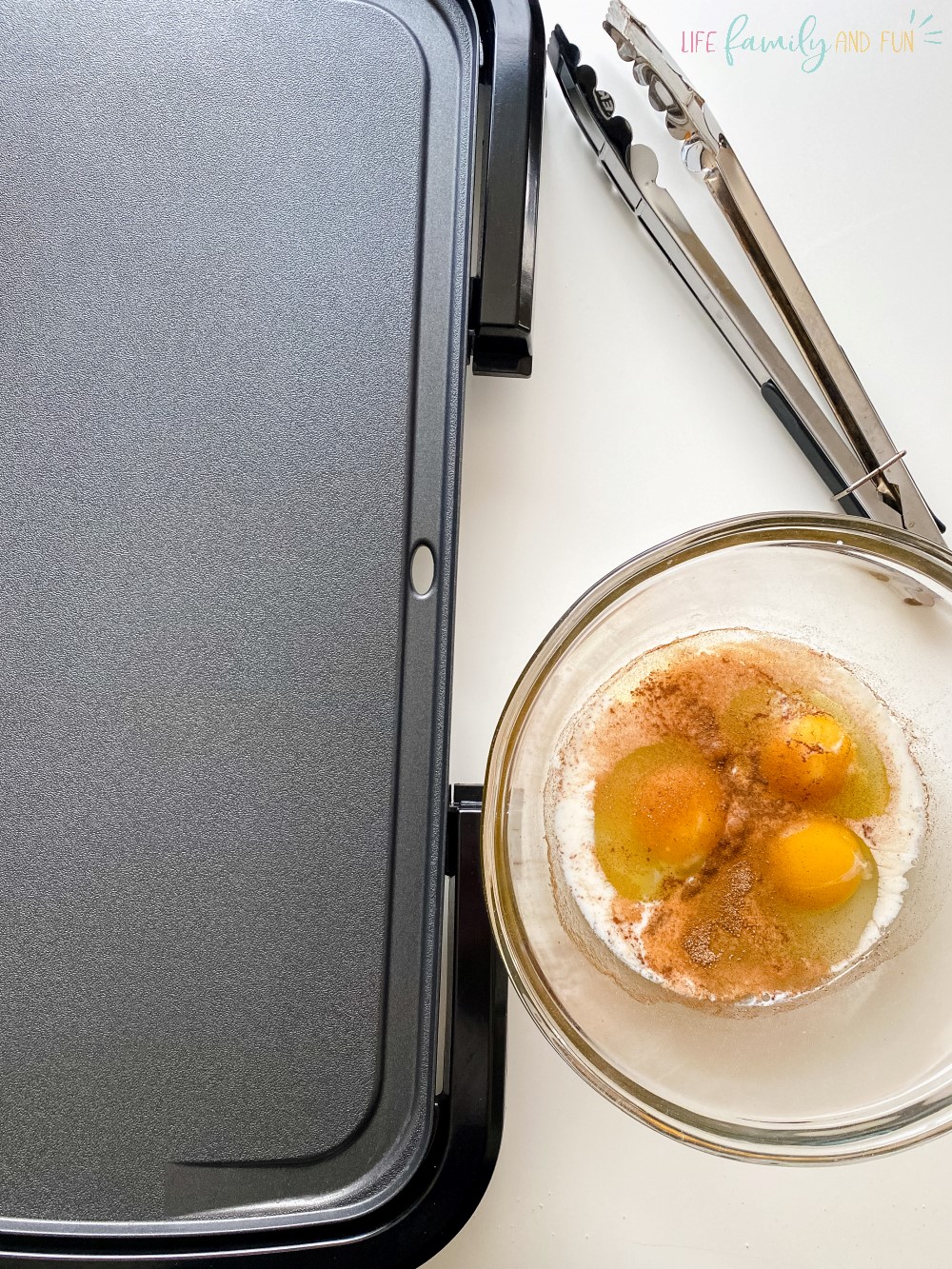 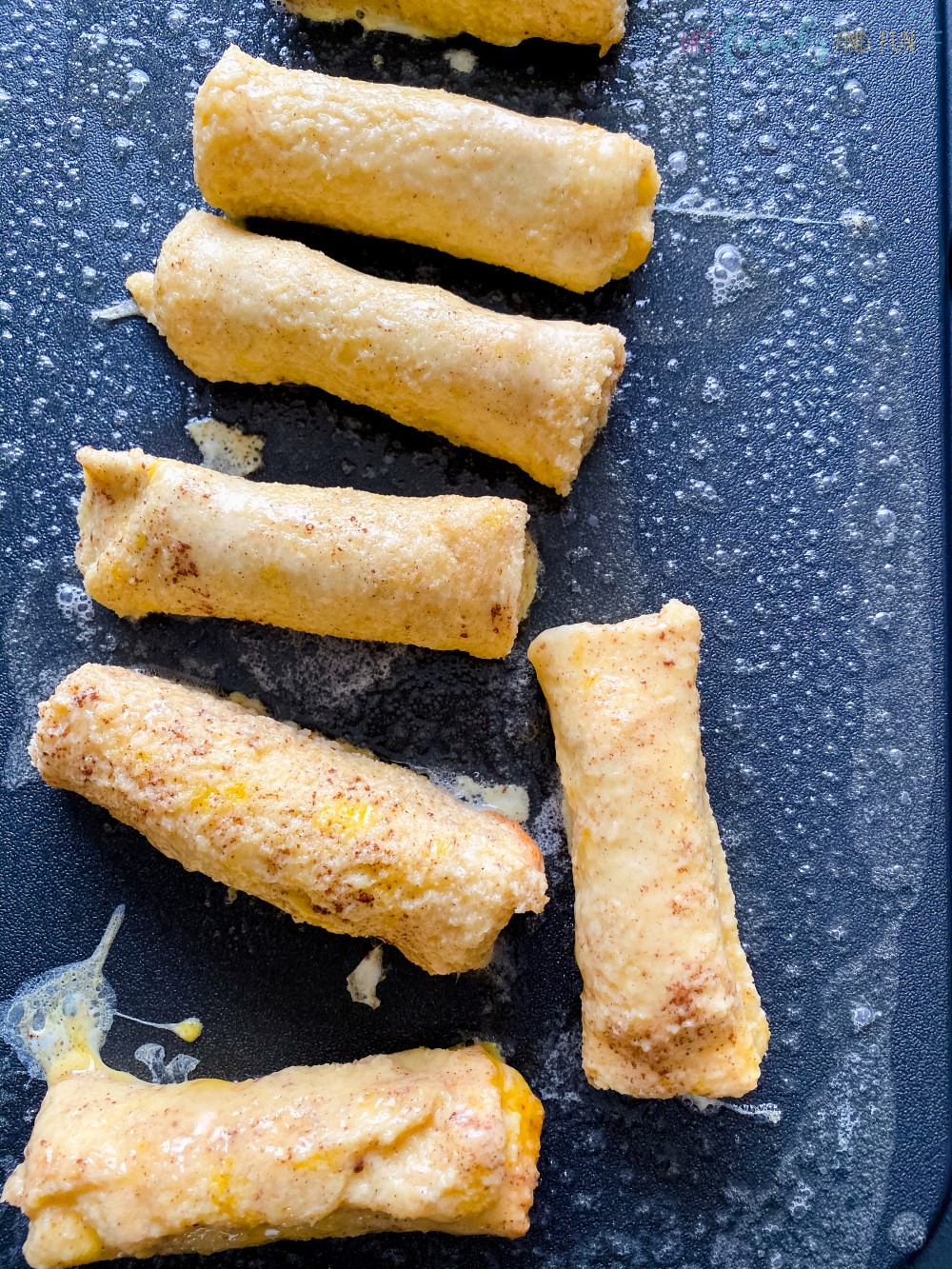 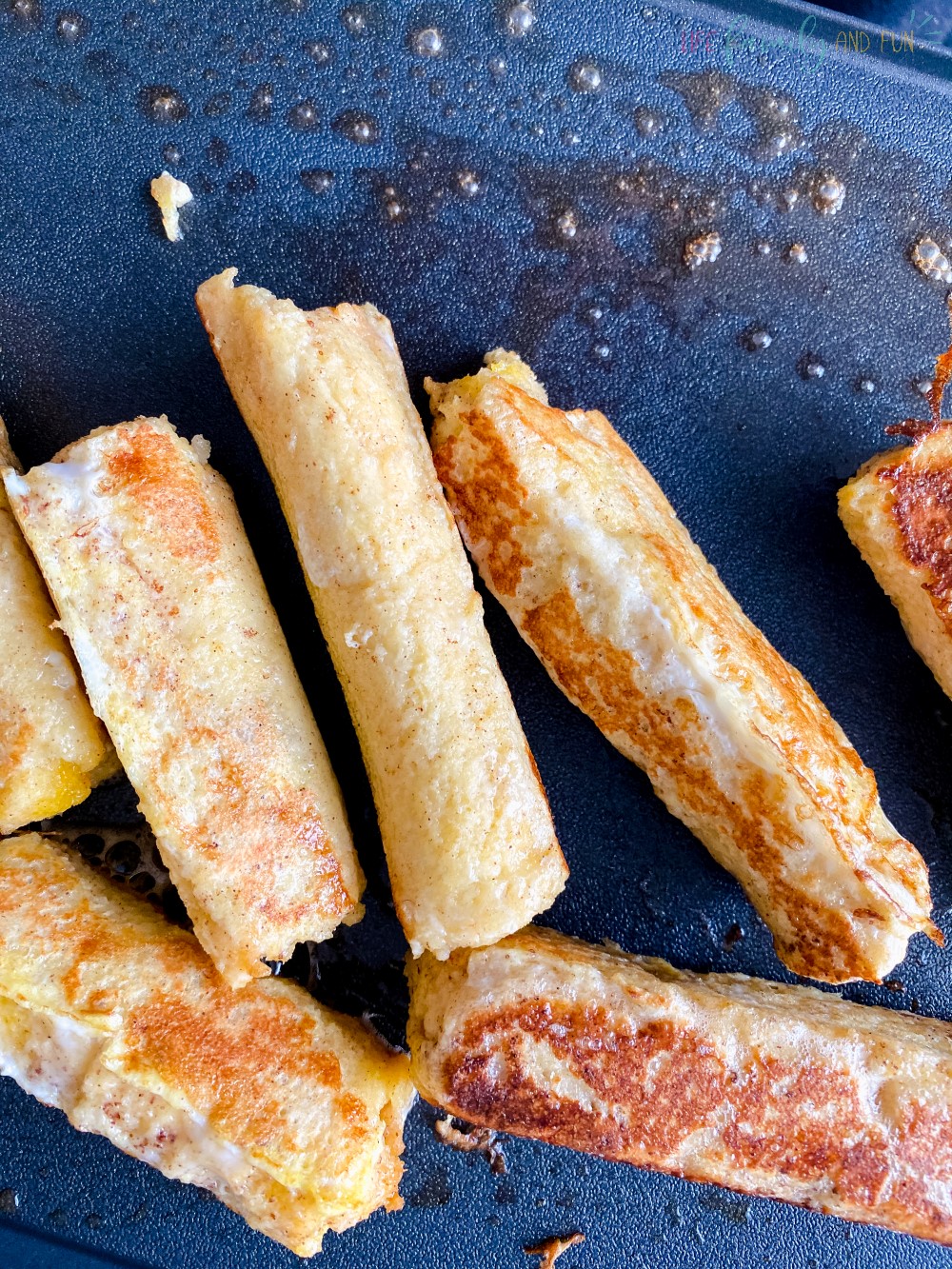 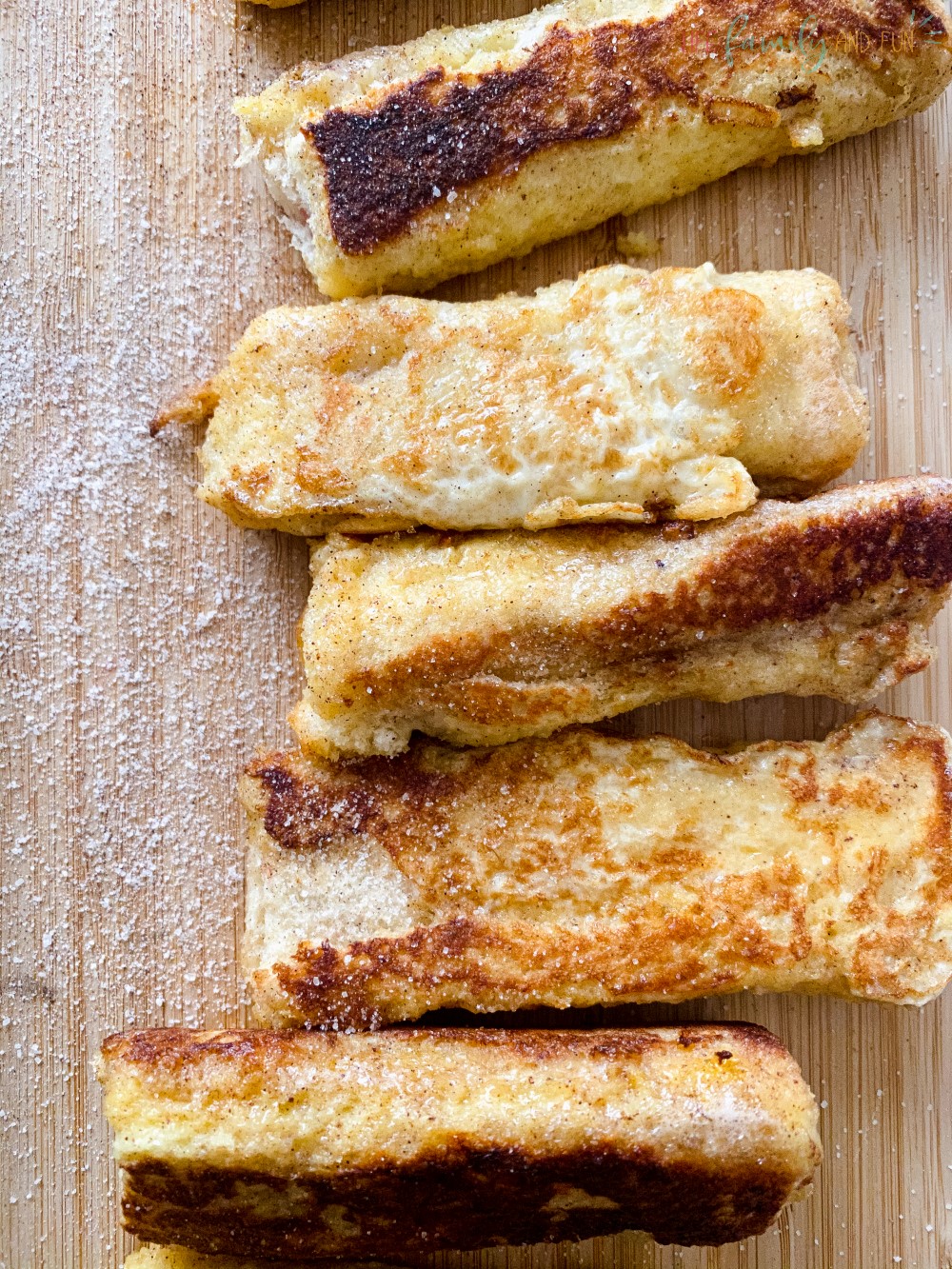 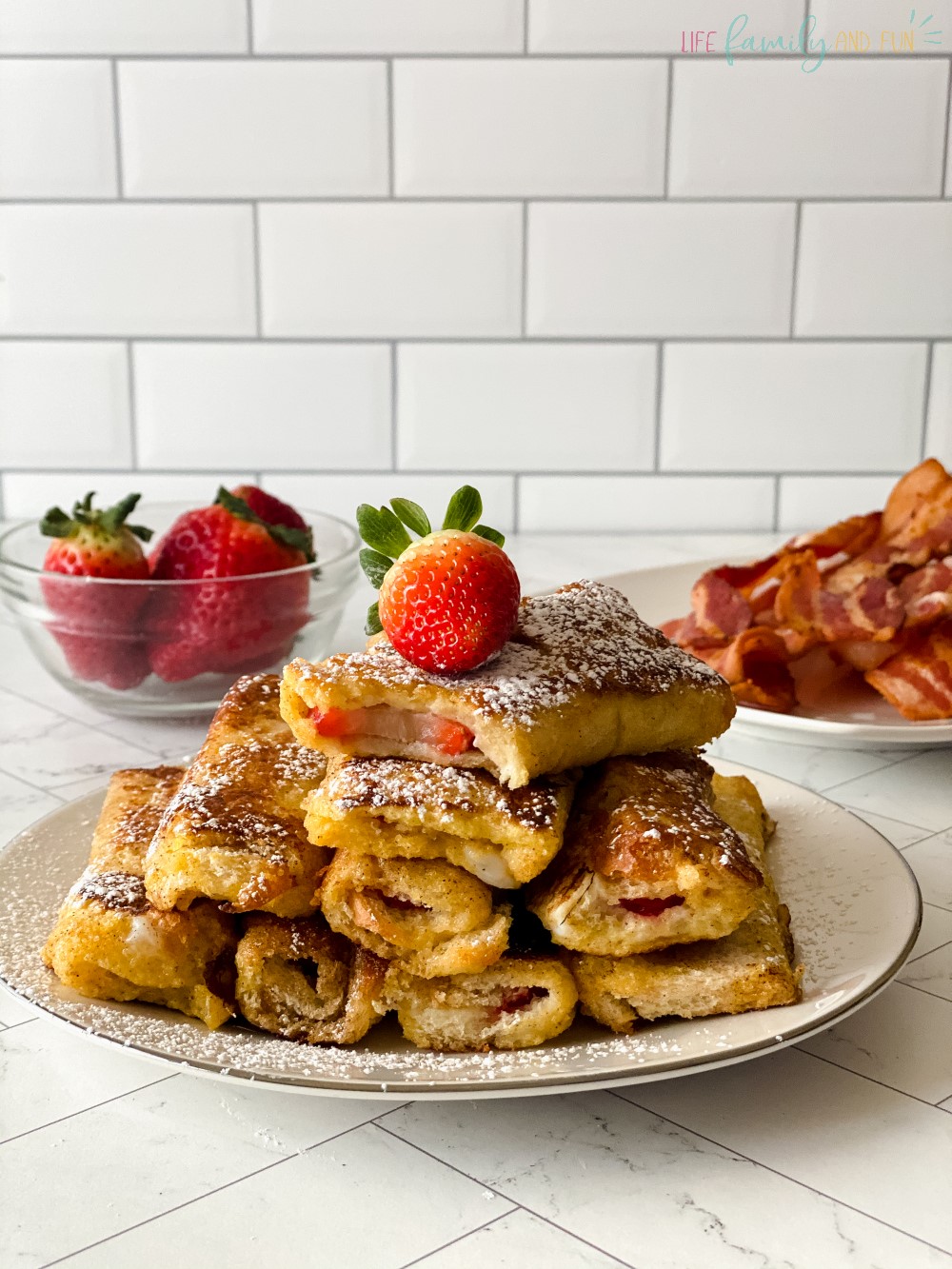 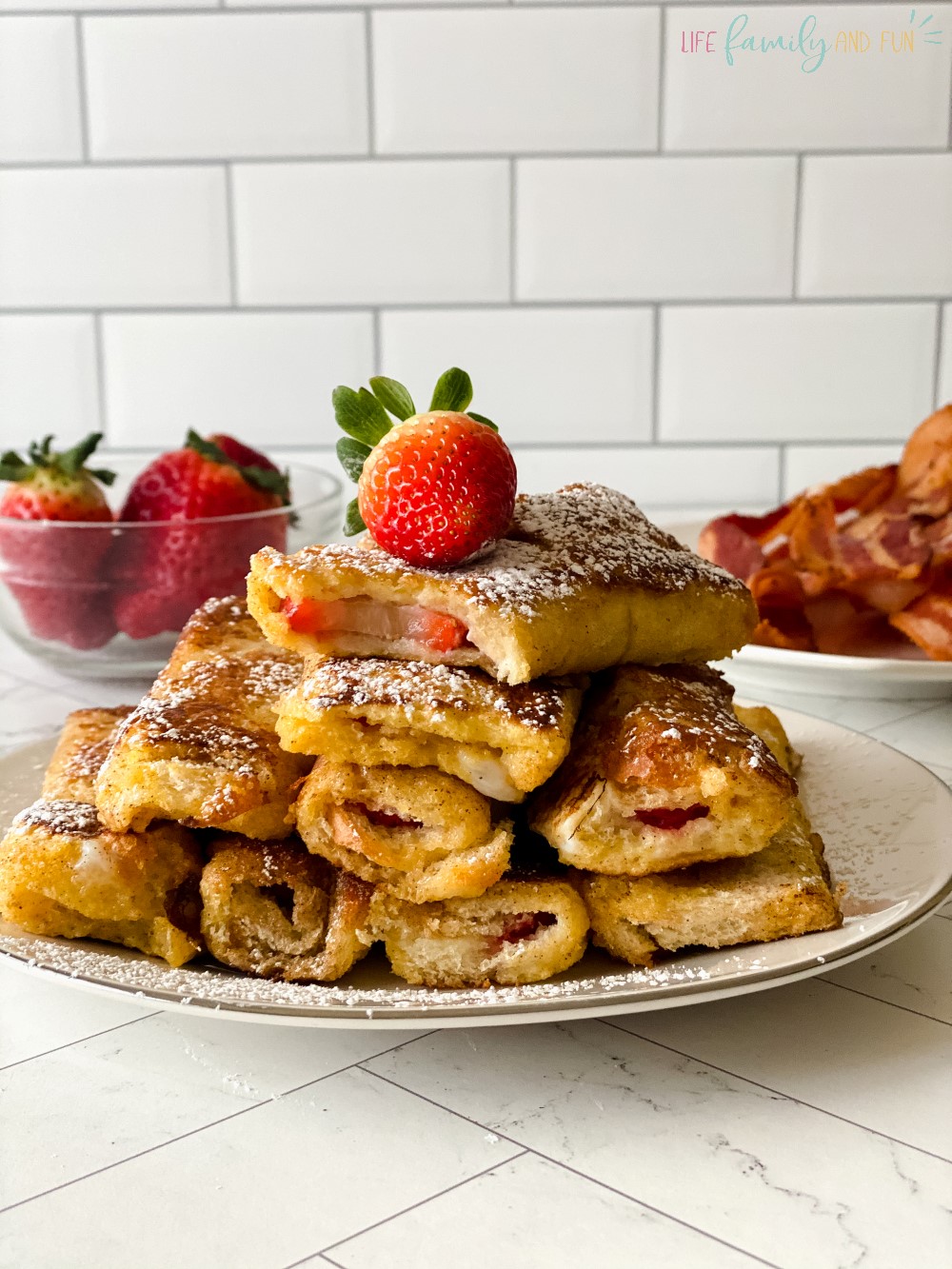 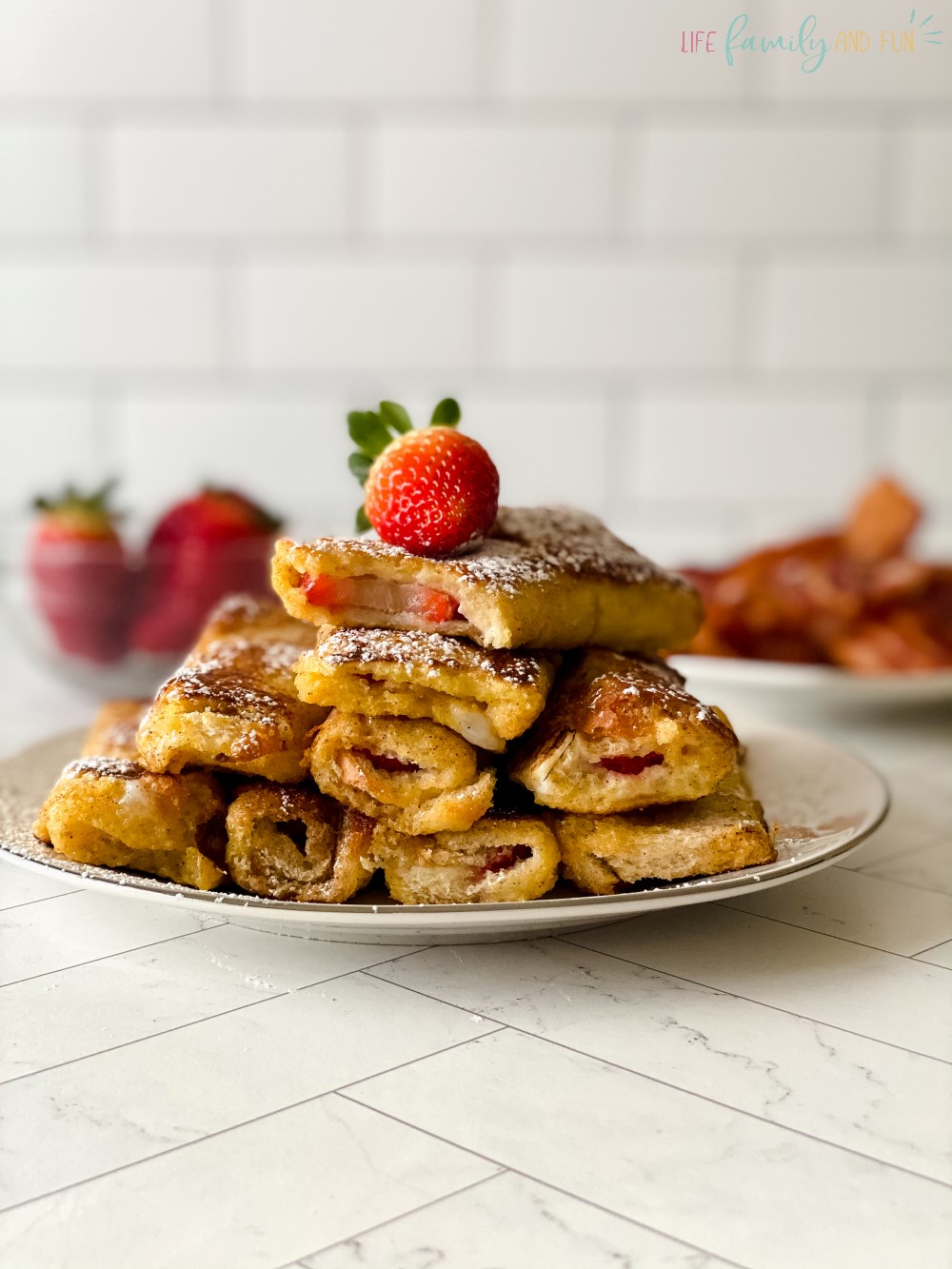 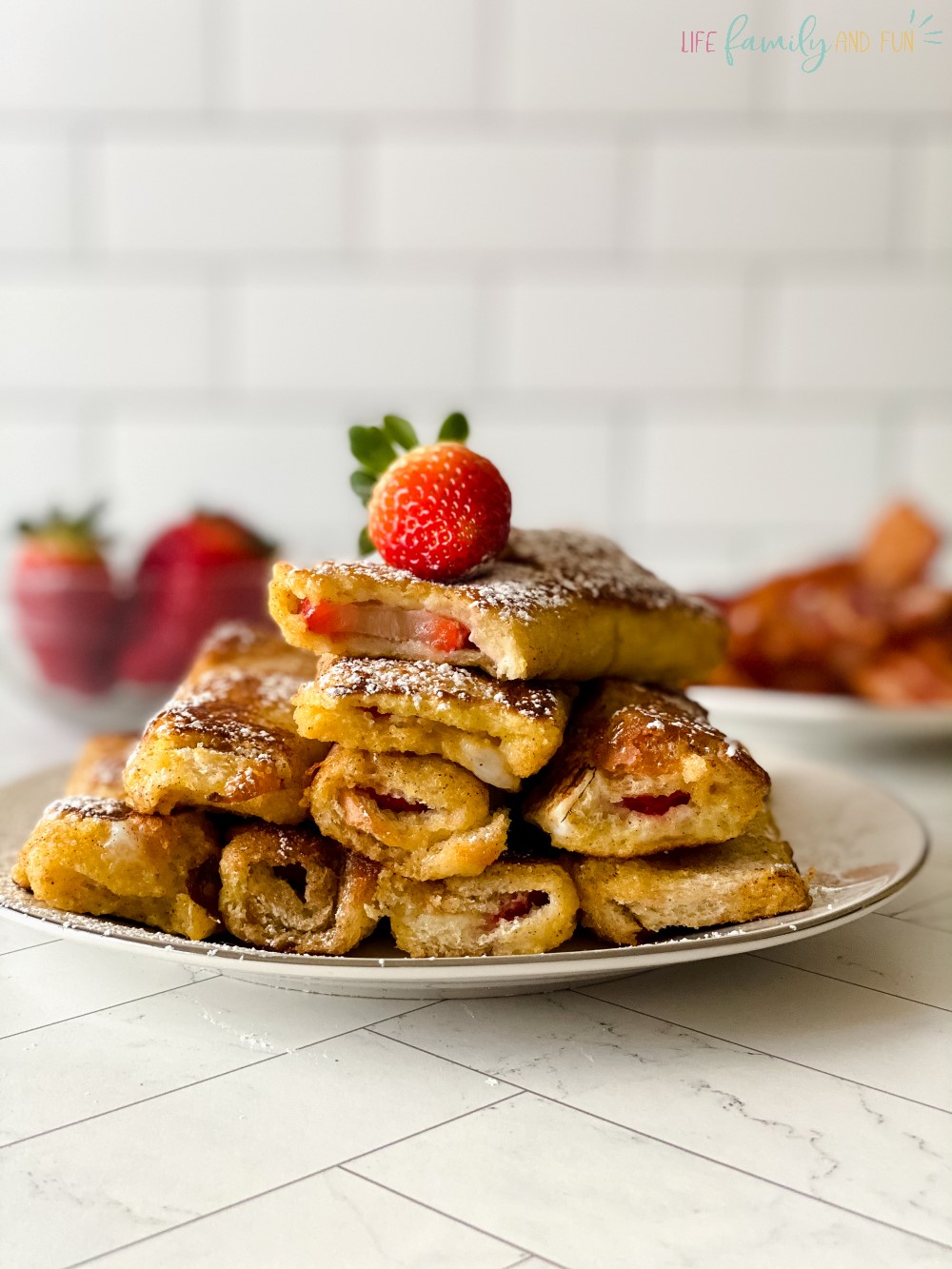 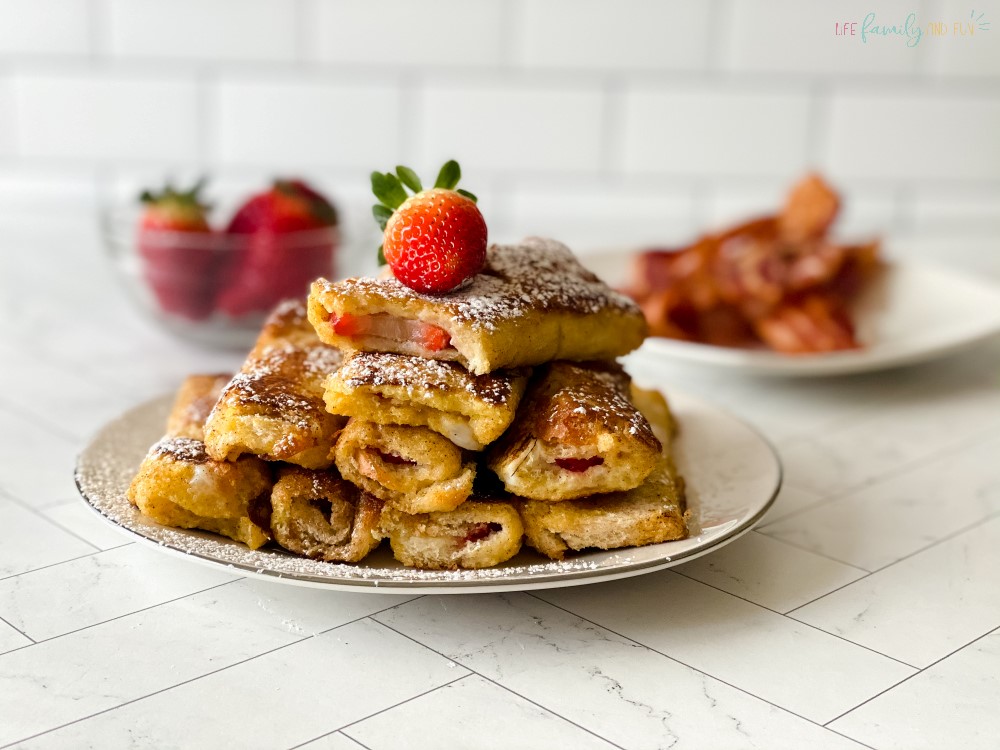 What Do You Put Inside Stuffed French Toast?

Since French toast is normally considered a dessert, it’s usually stuffed with something sweet. Today’s recipe focuses on adding fruit, cinnamon, and sugar, but you can also add chocolate spread, peanut butter, or syrup.

Can I Use Gluten-Free Bread for French Toast?

Yes, especially since the density of the bread allows it to absorb the mild and egg mixture better, leading to a result that’s more packed with flavour.

How Do I Make French Toast Sticks?

If you’re wondering how to make French toast sticks and worried that it might be complicated, follow the recipe below and you’ll be a master of this particular treat in no time.

What Else Can I Stuff Inside French Toast?

While it’s commonly considered a great brunch dessert, French toast can be made with a variety of other ingredients, including bacon, ham and cheese, or even peaches and cream. The classic version of French toast includes either Nutella, cinnamon and sugar, or different types of syrups. 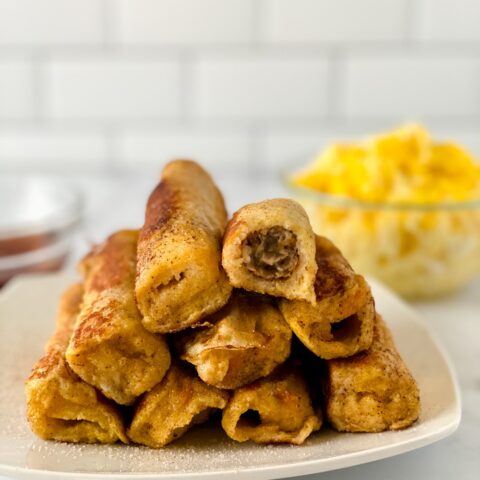 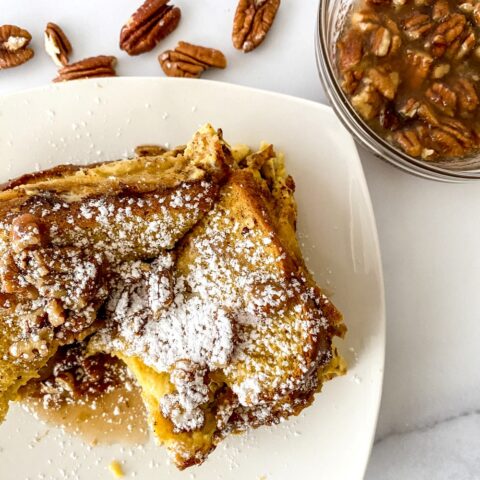 Eggnog French Toast – use up leftover eggnog in a breakfast 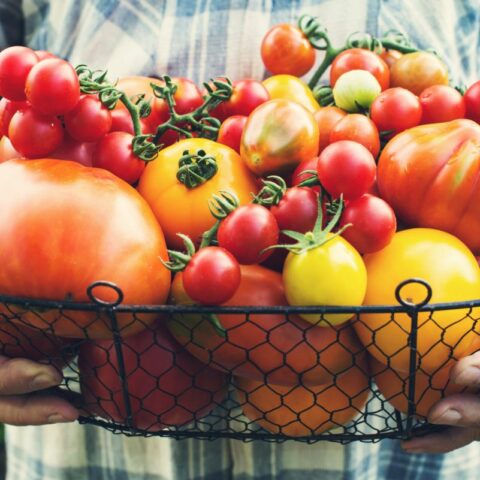