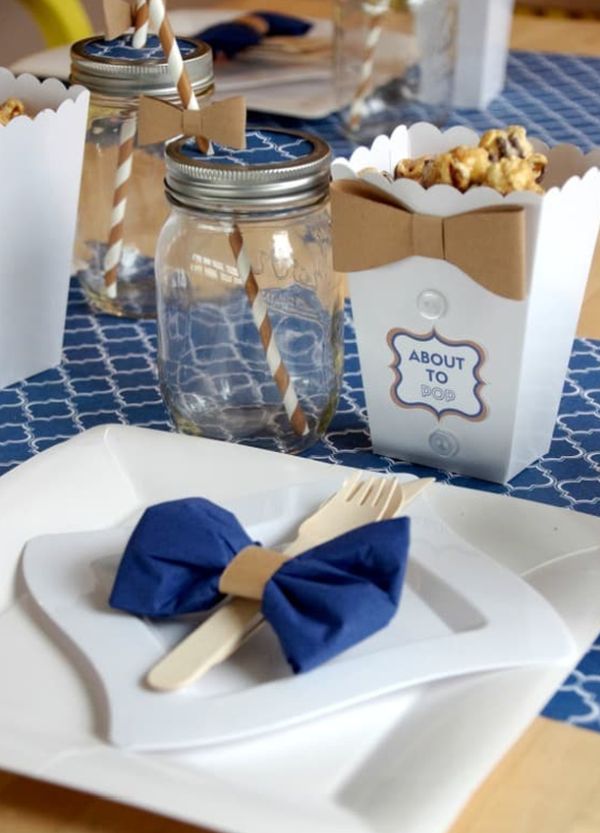 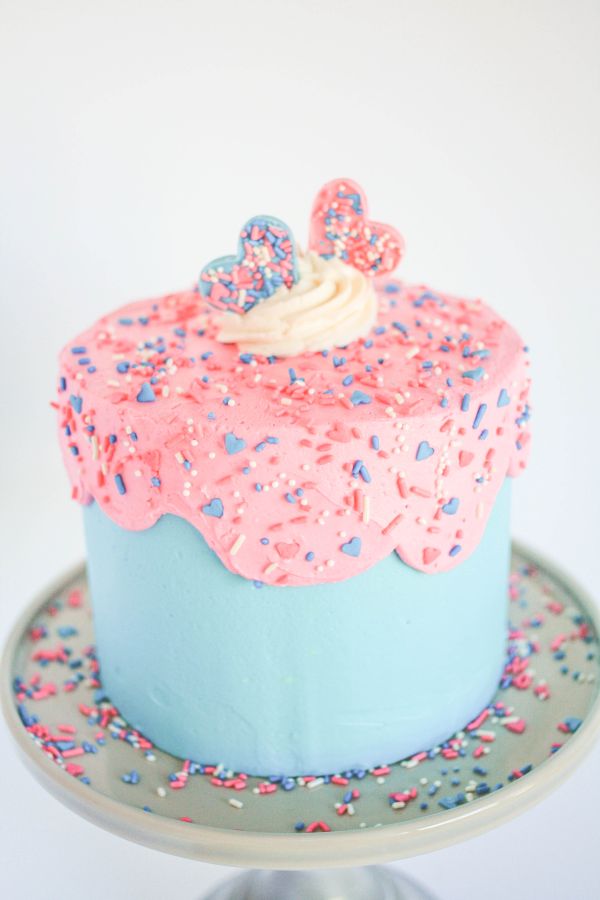 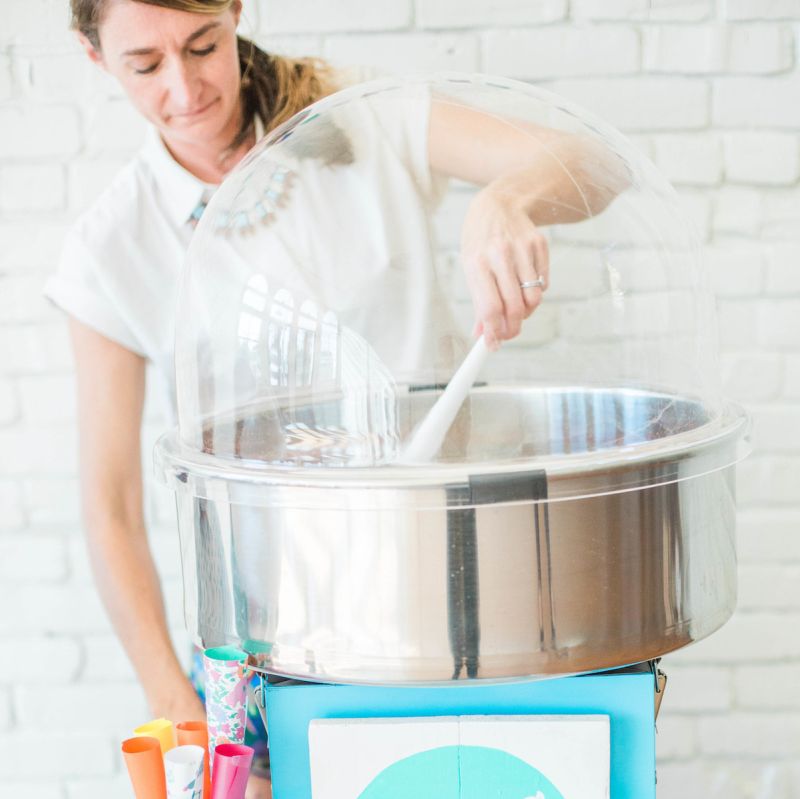 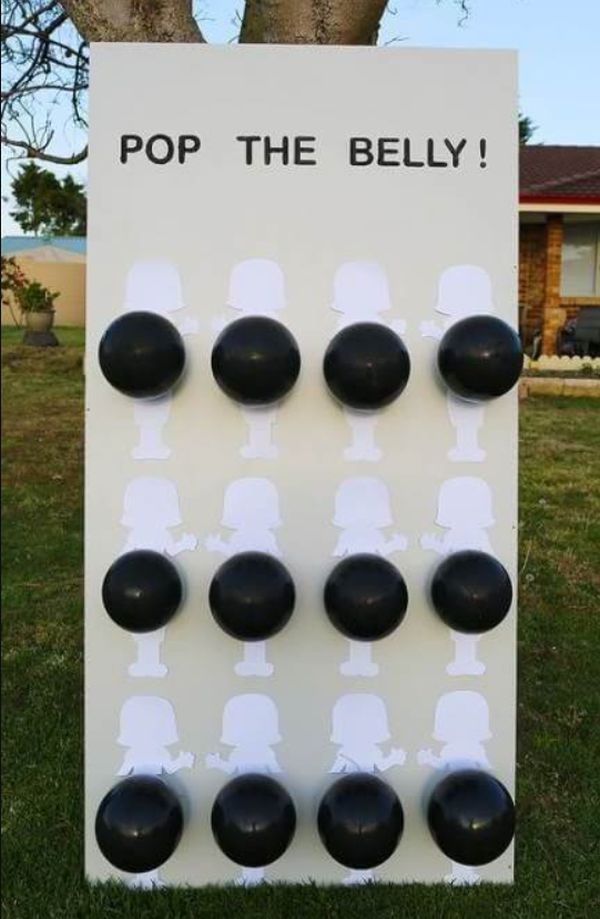 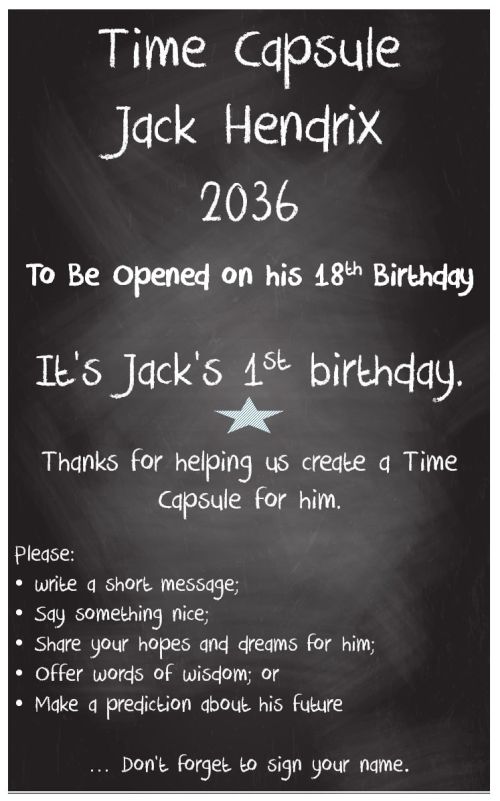 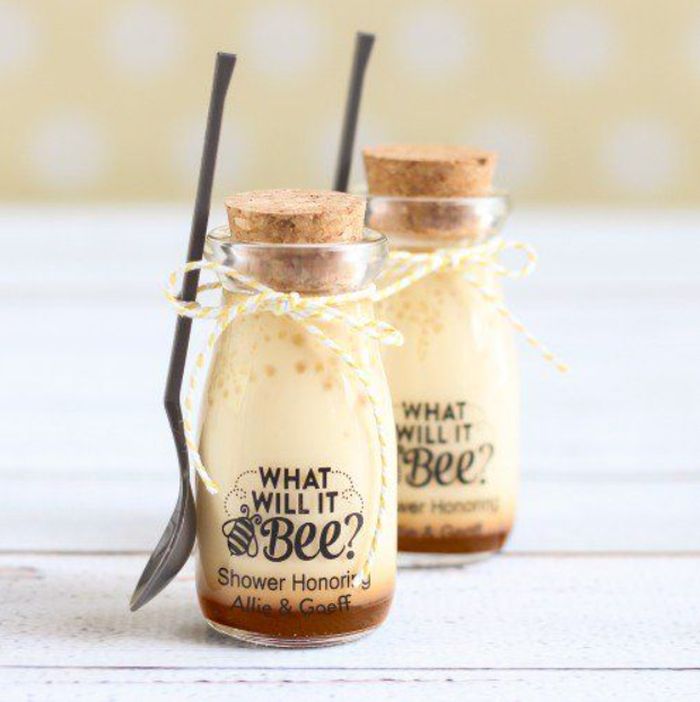 Gender reveal parties first became popular in the United States in the late 2000s. While it may have seemed like they were only a trend at first, it seems like gender reveal parties are here to stay with more and more couples choosing to throw their own every year.

Chances are that you’ve probably been told an old wives tale or two as a pregnant woman. For a bit of fun, why not perform a few old wives’ tale tricks at your gender reveal party. Then, at the end, when the true gender is revealed, you can look back at whether or not the old wives’ tales were accurate in their predictions!

Here’s an idea for accessories that you can give your guests to help them guess whether or not you’re having a boy or a girl. Set up a plate near the entrance of the party and offer your guests the option of either pining a bow or a bowtie to their shirt. Your guests can choose their allegiance. Here’s some more information on how to use the bow or bowtie set-up.

Okay, you don’t need to actually use a potato for this one…but then again, there is something cute about the idea of using potato in a pink or blue bow to keep it true to this game’s origins! To play this game, you should put a potato (or other items) into a box. Then, instruct your guests to pass the package around as music plays. When the music stops, the person who is holding the box gets to open it and reveal the gender of the baby!

Bake it into a Cake

Sometimes, in order to keep the gender of the baby a secret from both you and your partner, an event attendee will be entrusted with a piece of paper that includes the gender of the baby. However, if you would like to take your secrecy to a whole new level, you can bypass the guest requirement and reveal the gender of your baby to a baker instead.

A baker, you may ask? Why a baker? Well, the point of a baker knowing your baby’s gender is so that they can apply blue or pink food coloring to the cake mix. That way, you can have a big reveal at your party when the cake is cut into, and nobody who is in the audience needs to have known ahead of time! Here are some gender reveal cake ideas.

Who doesn’t love a party pinata? Pinatas are perfect for gender reveal parties because you can fill them with blue or pink confetti and have your guests do the work of breaking the pinata until the sex of the baby is revealed. It might be best if the pregnant woman sits very far away from the action for this one!

Have you heard of those candles that have surprises inside of them that are revealed when they’re melted down? Usually, these candles are designed to be used for a high number of hours, but you could use a similar effect for a gender reveal party by making your own small candle and placing a trinket in the bottom of the candle. Let it burn for the duration of the party and have your attendees watch on in anticipation! You can also buy candles that have been pre-made for this exact purpose online.

Here’s one for all of the HP fans out there. If you’re a fan of the legendary Harry Potter books and movies, then you are definitely familiar with the all-knowing “sorting hat” that plays an important part in the series. You can incorporate the sorting hat into your gender reveal party by placing the prop on a table and putting a sign or a gender-specific article of clothing underneath the hat. In the middle of the party, have everyone gather around the table to witness the sorting hat being lifted and the gender is revealed!

Remind your guests of the purpose of the party by hanging a special gender reveal party banner under the door! If you can’t find one in stores, you can always make your own.

This one is a must for a gender reveal party! Make sure that you include a memo in your invitations that instruct your guests to either wear blue or pink, depending on what their instinct is telling them is the sex of your baby. Then, you will be able to visibly see how many people think you are having a boy, and how many people have their bets on girls.

This idea is like the cake idea, but with less cake. To use a balloon pop as your gender reveal moment, you will want to fill a mixture of pink and blue balloons with tiny pieces of blue or pink paper (or pink or blue confetti). Then, when the balloons are popped, the room will discover the gender of the baby in a theatrical way!

Of course, in order to pull this off, you will have to find some friends or family members to volunteer to know the sex of the baby and to fill the balloons. If you can’t find confetti, you can even use pieces of torn-up streamers instead. There are actually a wide variety of baby shower games that you can do with balloons—here is a list of some of the best ones.

Heads up — this one only works if your party is not made up of professional ultrasound technicians, although we are willing to guess that the chances of that are pretty slim! To play the guessing game, you will want to pass around a picture of your ultrasound (you might want to use a copy so that you do not damage the original version of the ultrasound). Have your guests take a look at the ultrasound and try to guess the sex of the baby. Keep a tally so that you can see who was right and who was wrong at the end of the party!

This activity is a great way to create a keepsake that you and your baby will have for years to come. In order to create a time capsule for your baby, you will want to ask each guest to write down a funny anecdote or word of advice for your baby to read on their 16th birthday. Then, you will need to compile it into a booklet so that you can present it to your child when they’re old enough. Here are some time capsule ideas.

Who doesn’t love a good old-fashioned fun pillow fight? Incorporating a pillow fight into your gender reveal party is a playful way to reveal the sex of your baby. To play, you will want to take pillowcases (with the pillows instead) and fill them with blue or pink confetti. Your guests can attack each other with pillowcases until the confetti comes out and reveals the baby’s sex! This one might get a bit rowdy, so it could be best for mom-to-be to sit out.

What Will it Bee?

Gender reveal parties don’t have to be large and ceremonious — in fact, it’s probably better if they’re not, as large explosions can be rather dangerous! As you can see, there are many creative ways that you can pull off a gender reveal party all of your own that engages guests and creates excitement. 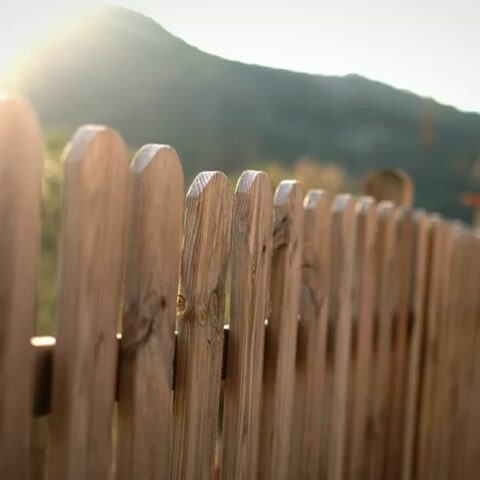 25 Types of Fences for Your Yard 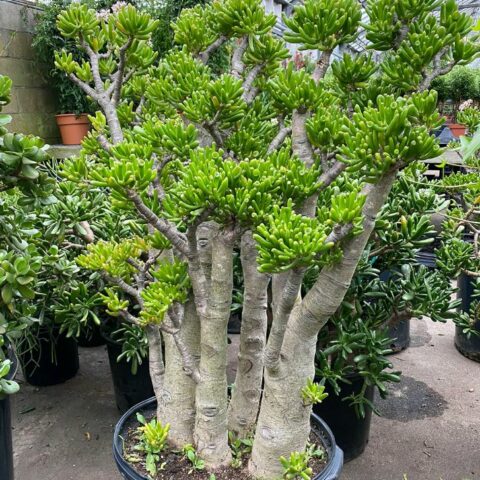 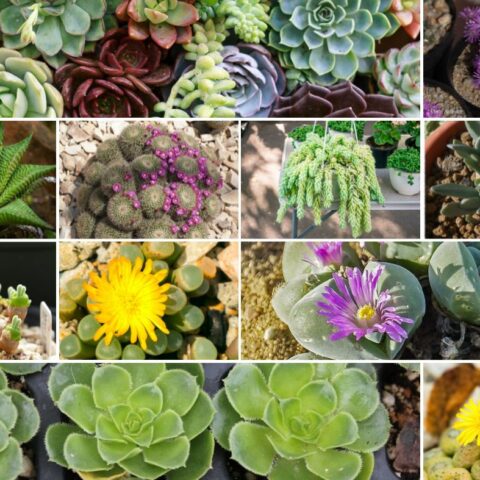 70 Different Types of Succulents to Include in Your Collection