It’s no secret that Disney knows all about love stories. There’s no better way to enjoy a much-needed date night than by purchasing two tickets to the upcoming Disney Aladdin musical at the Fox Theatre. Once you and your date sit in those seats, you’ll both be in awe watching the characters from Aladdin sing, dance and move about the stage. Open your eyes to “A Whole New World” with this amazing Broadway musical! You and your better half will be simply stunned with all the action, adventure and the captivating way that Disney Aladdin turns a fairy tale romance into a reality, right in front of your very eyes! When it comes to this Disney classic, a date night is an absolute must!

The hit Broadway musical Disney Aladdin will begin performances at the Fox Theatre on Wednesday, September 12 for a limited two-week engagement through Sunday, September 23 as the premiere of the Fifth Third Bank Broadway in Atlanta 2018/2019 season. 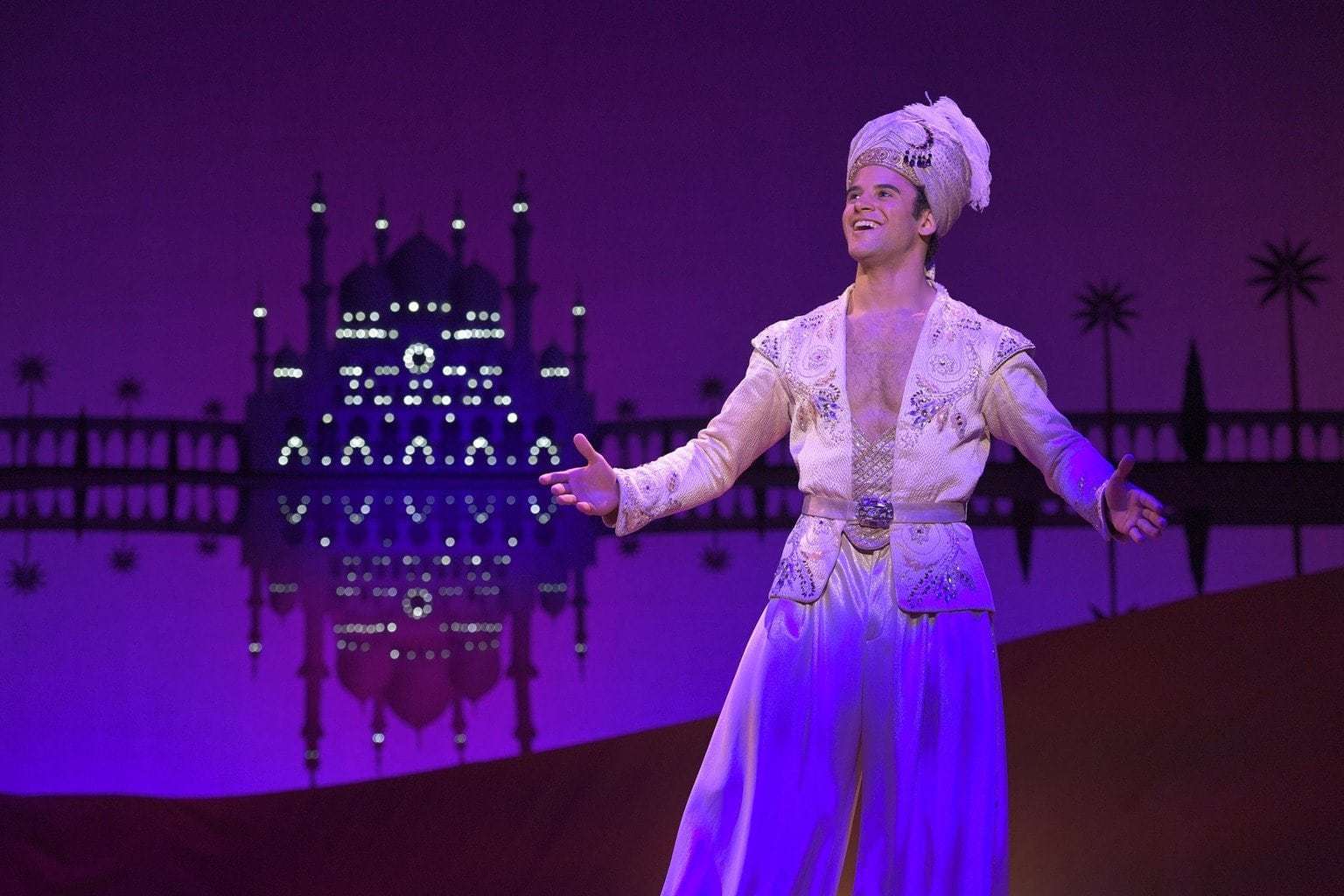 Aladdin, adapted from the Academy Award®-winning animated Disney film and centuries-old folktales including “One Thousand and One Nights,” is brought to fresh theatrical life in this bold new musical.  Aladdin’s journey sweeps audiences into an exotic world of daring adventure, classic comedy and timeless romance.  This new production features a full score, including the five cherished songs from the Academy Award-winning soundtrack and more written especially for the stage.

The animated film Aladdin was released by Disney in 1992 and was a critical and box office smash, becoming the highest-grossing film of the year.

The film won the Oscar for Best Original Score and introduced the hit song “A Whole New World,” which won the second of the film’s two Academy Awards as Best Original Song.  The Peabo Bryson/Regina Belle recording of the tune soared to #1 on the Billboard Hot 100 chart. 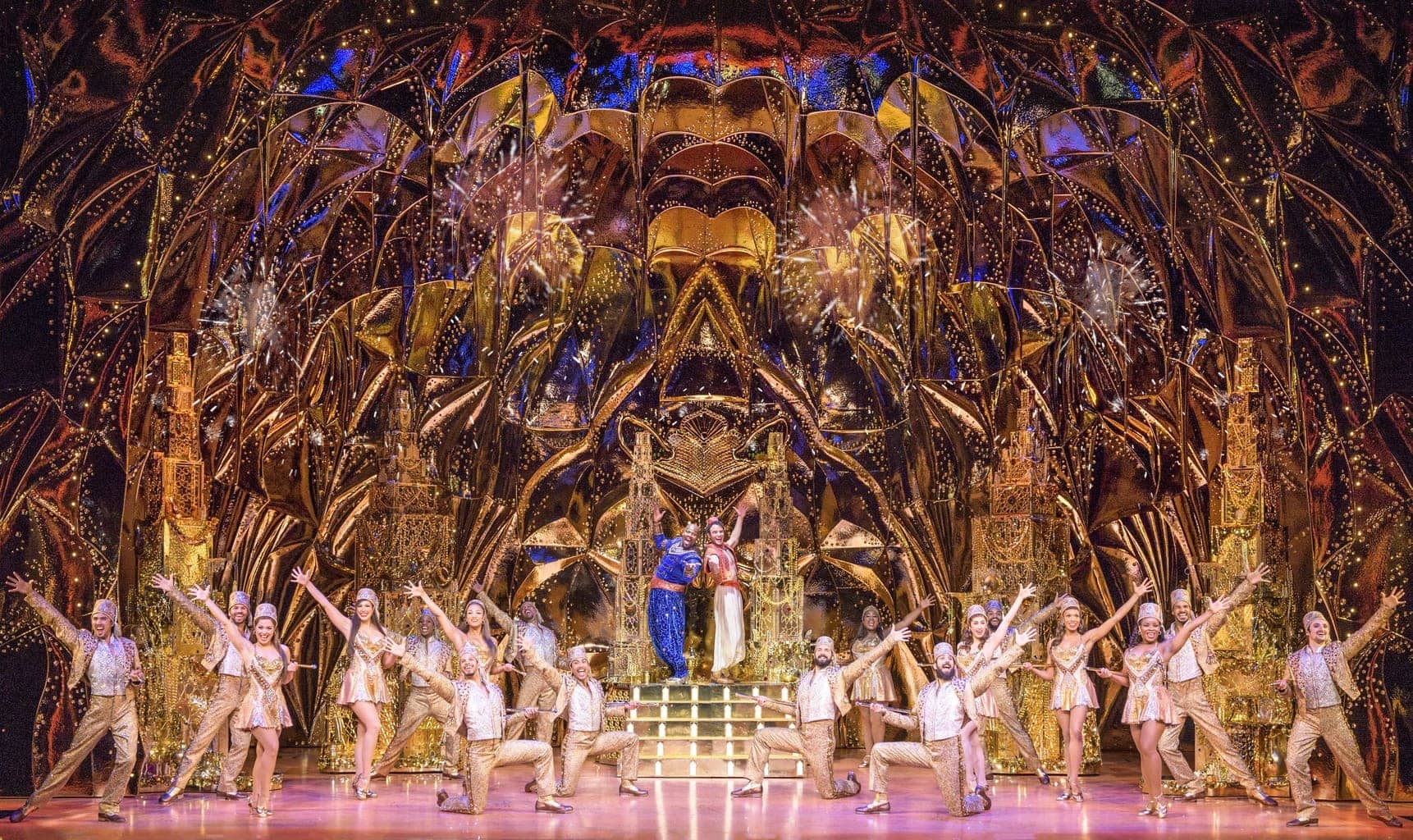 The performance schedule of Aladdin at Atlanta’s Fox Theatre is as follows:

Ticket prices for Aladdin at The Fox Theatre:

Tickets start at $34 and are available by visiting FoxTheatre.org/Aladdin, by calling 1-855-285-8499, or by visiting the Fox Theatre Box Office (660 Peachtree St NE, Atlanta GA 30308). Group orders of 10 or more may be placed by calling 404-881-2000. Premium Ticket Packages, which include a prime seat location, a commemorative souvenir program and an exclusive merchandise item, are also available.

Southern Family Fun has 2 Tickets to Disney Aladdin at the Fox Theatre for Wednesday, September 12th at 7:30 p.m. performance. Please enter via Rafflecopter below.

Must be at least 18 years of age. Atlanta residents only within 150+ mile radius. You have until September 7th at 12:00 AM to enter this contest. For your convenience, we have set up Rafflecopter to help us manage the whole process smoothly.  To be eligible for this giveaway you must be a subscriber to Southern Family Fun newsletter.  Good luck!