You look at your phone and see it’s 11:33, then you see a license plate with the same number. It’s not a random occurrence, the 1133 Angel Number you keep seeing has been sent to you as a message from the universe. 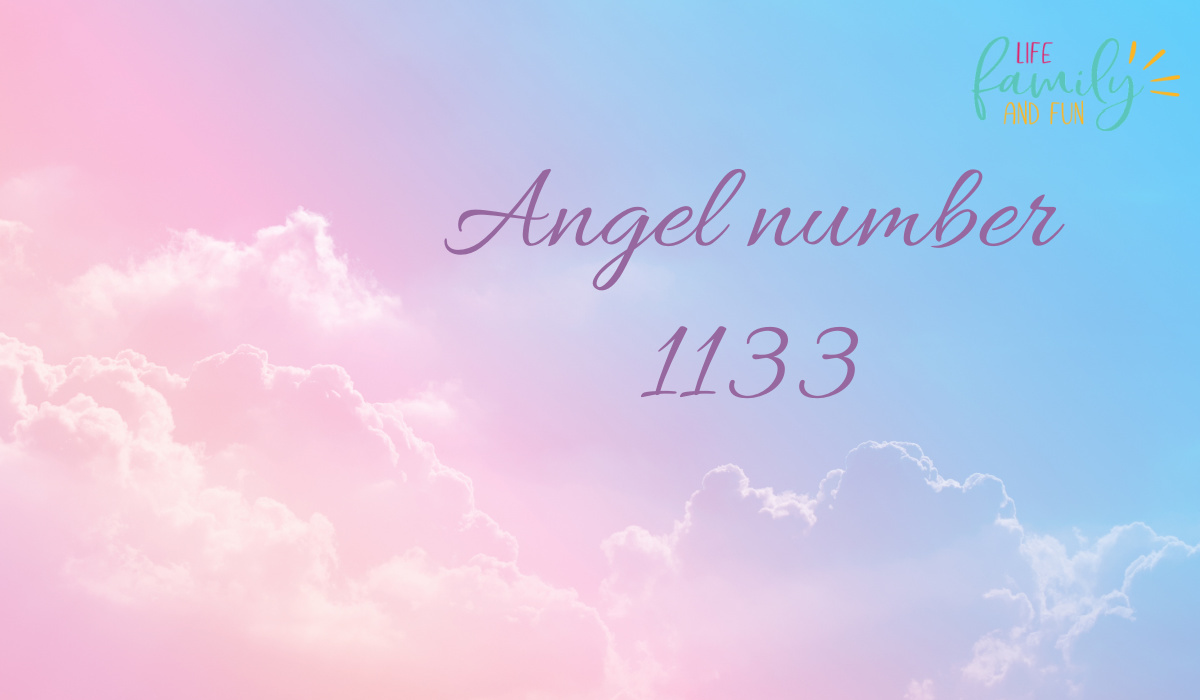 Seeing the 1133 Angel Number isn’t necessarily a bad thing. However, it does indicate some different meanings depending on the individual who sees it and where they are in their journey when they encounter it.

Either way, if you have seen this number recently in your life, don’t ignore it. Keep reading to find out what the universe may be trying to tell you.

Angel Number 1133 is a combination of the numbers 11 and 33. Because these numbers contain a 1 and a 3, the power of these two numbers is doubled in this angel number.

The number 1 indicates power on your personal journey and new beginnings. On the other hand, 3 represents helping and caring for others.

When you see 1133, you are seeing a combination of these two messages. Therefore, you may be receiving encouragement or support on your personal journey, and you should show this love to others.

The 1133 Angel Number may also be calling on you to use your leadership abilities to help others in order to experience a spiritual rebirth.

This number also includes the number 11 which symbolizes faith. It could be sent to you when your guardian angels have been sent to guide you.

What Does Seeing Angel Number 1133 Mean?

Maybe you’ve seen the 1133 Angel Number several days in a row. Don’t panic. Seeing this number is a good thing.

Seeing 1133 means the universe believes in you. It is sending you this number as a symbol of courage on your journey.

If you are currently facing a crossroads and aren’t sure where to go, then it is likely that your guardian angels sent this number to remind you to follow your intuition or to trust your gut as you make your decision. 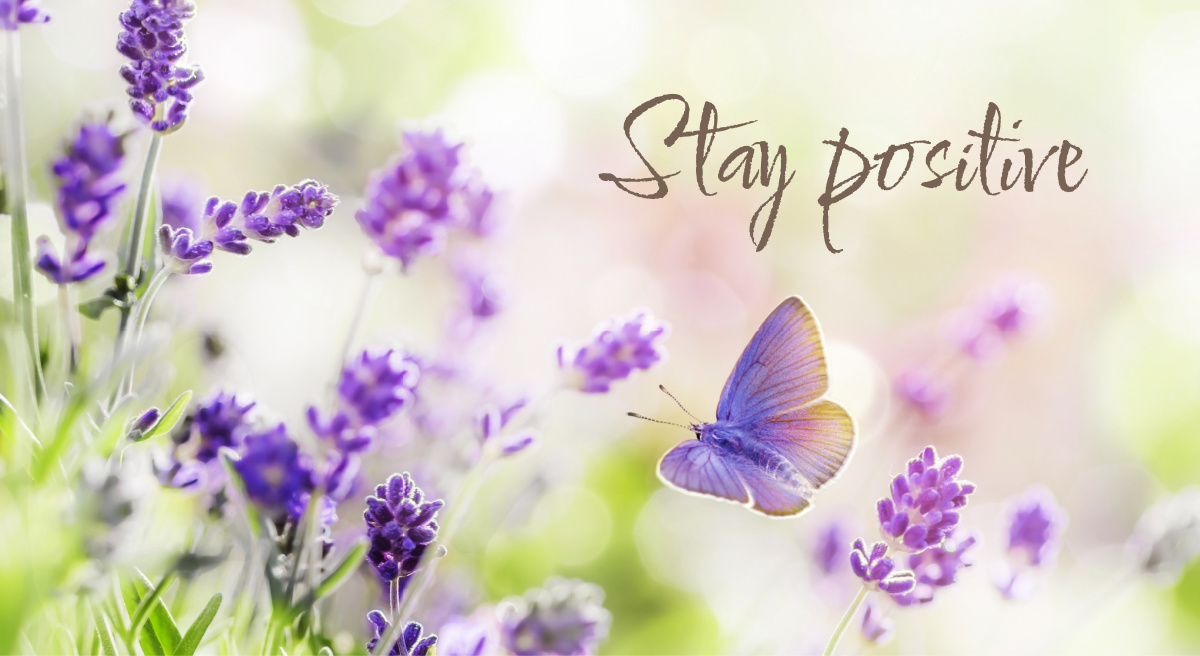 So you know that the Angel Number 1133 is sent as a sign of faith, leadership, and helping others. But why does it keep appearing in your life?

One of the reasons this angel number could be appearing to you is because your guardian angels want you to invite more positive energy in your life.

Sometimes in life, people get so focused and wrapped up worrying about the future that they forget to enjoy life. This could be why you were sent the 1133 Angel Number.

Not that you should disregard your dreams when you see this angle number, simply readjust your attitude to approach them more positively.

Additionally, the number 1133 could signify change is coming your way.

Your guardian angels may be commending you on your journey as well as letting you know that something new is coming your way. So keep your eyes peeled.

The Angel Number 1133 could be trying to tell you several different things. Beyond just being an Angel Number that represents change and leadership, 1133 often appears during times of extreme hardship or hard work.

When 1133 appears during these periods, the universe is reassuring you that you did a good job. In fact, better times may be coming your way.

The universe may also be letting you know to persevere because you have almost succeeded in what you set out to do.

So release your fears, because the number 1133 is a sign that your guardian angels are by your side. They are ready to help you achieve what you want to accomplish.

When you are in love and see the Angel Number 1133 it is the universe telling you that it is time to bring independence back into your life.

If you are already in a relationship that is going well, it may be time for both of you to work on independence in order to further your relationship.

Not in a relationship but have love on the brain when you see 1133? Then it has been sent to you so that you will work on your self-confidence in order to end up in the relationship of your dreams.

You can do this by enjoying an activity that makes you feel confident—no matter what it is.

For relationships that are doing poorly, the Angel Number 1133 is a sign that it is time to let that relationship go. You may need to make a change in your life.

It doesn’t mean you need to rush out and find a new relationship. Instead, you need to spend time on yourself first.

What Does 1133 Mean Spiritually?

In the terms of a spiritual journey, the 1133 Angel Number is letting you know that you have a bright future ahead of you. The number could be telling you that you shouldn’t let that go to waste.

You need to call upon your leadership skills and make your dreams happen.

Remember that the number 1133 is also all about positivity and self-expression. This means you should head on your path to spirituality with gusto and laughter in your heart.

If there is something heavy weighing you down, this number is a sign that it is time to let it go.

Because the Angel Number 1133 is always used for positive situations, it is almost never considered a warning. Rather it is a sign from the universe of positive changes to come your way.

There are a few incidents where 1133 could be considered a warning. For instance, this is only when you are in a relationship that is going poorly.

Then this number may have been sent your way to let you know that it is time you let the relationship go and move on.

Why is the 1133 Angel Number So Significant?

The Angel Number 1133 is so significant because it contains the power of two different numbers both doubled. To clarify, there aren’t many other angel numbers with this power.

Additionally, 1133, while it does occur naturally on a clock, is much less likely to occur in other areas of your life.

The number 3 is one of the most powerful numbers in numerology. Not only does this Angel Number have a 3,  it also has it twice, giving it two times the power of just a 3.

Many believe that people who see the 1133 number frequently are blessed with healing or psychic abilities because of the presence of the number 11 paired with the double power of three.

1133 Angel Number and Your Twin Flame

The 1133 Angel Number is a sign that it is time to seek out your twin flame if you haven’t already. This number is the embodiment and essence of the twin flame relationship.

It is the number one reason people see this angel number repetitively.

If you have already located your twin flame, 1133 is a sign that you shouldn’t turn away from them. Even if there is conflict in the relationship, take the time to work on it. Both of you will come out stronger on the other end.

The universe may also send the number 1133 to let you know that a connection you think may be with your twin flame is a genuine connection.

You should continue to cultivate this connection when you see this number in regards to your twin flame.

1133 Angel Number and My Career

Were you questioning your career when the number 1133 appeared to you? Then you should rejoice because this angel number represents hope and optimism in your career.

Approach any career goals you may have head on, trusting your intuition and gut feelings. The 1133 Angel Number didn’t appear to you for no reason. You may need to act quickly to make the most of it in your career.

If you were close to giving up when this number appeared to you, don’t give up just yet. In fact, the universe is on your side. The things you are dreaming of may be right around the next corner. 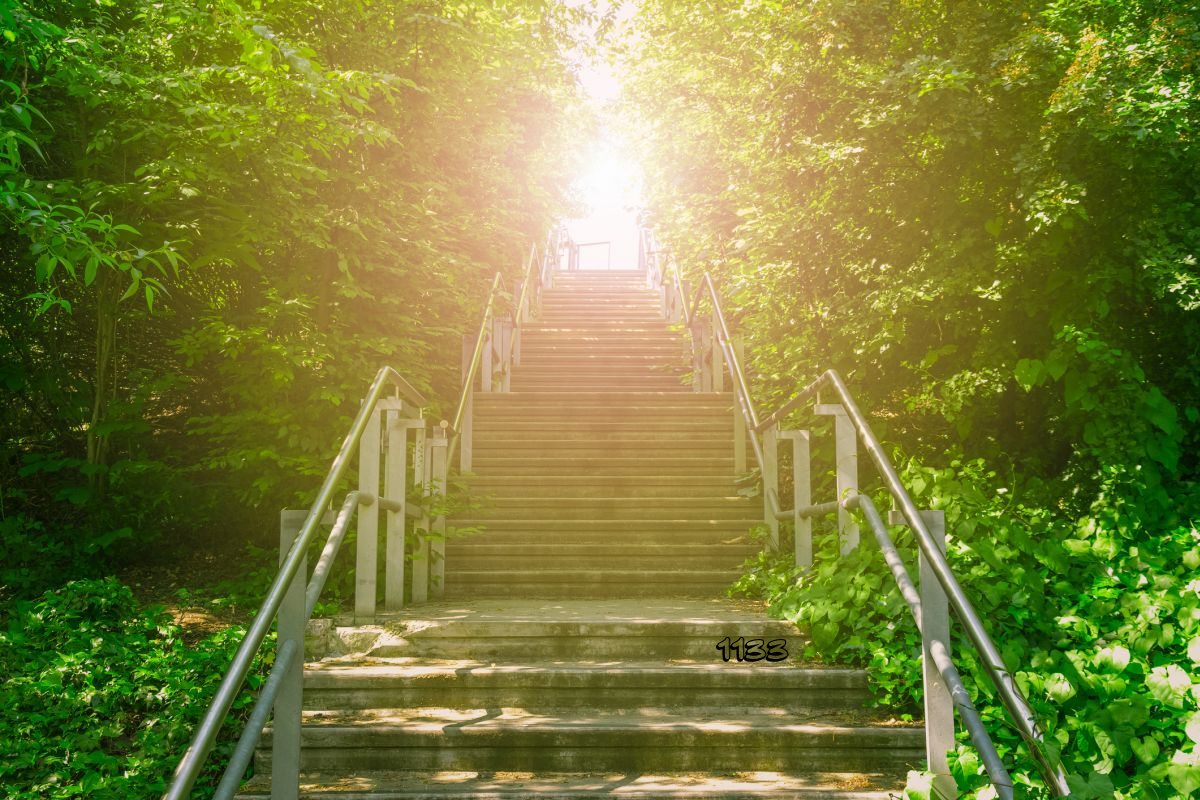 You can manifest the 1133 Angel Number yourself, typically when you are experiencing a phase of doubt in your life.

So, when you feel a lack of self-confidence and belief in yourself and 1133 appears, you know the universe is telling you to believe in the one person you have in this life—yourself.

Trust yourself and your decisions, and if you have a bad feeling about something, then you likely should avoid that choice or decision.

The Angel Number 1133 and Wellness

When you are unwell or facing health challenges, the Angel Number 1133 is just the angel number you want to see as it is a sign of hope and optimism to come.

Therefore, healing is likely right around the corner, or at least you can sleep easy knowing better days are coming.

The universe is sending 1133 to let you know that it sees your struggle and that they will soon come to an end. It may also have been sent to let you know to have self-confidence and a positive outlook during the healing process.

The Angel Number 1133 and Your Soulmate

Seeing the Angel Number 1133 means your soulmate is near to you. Maybe they are a friend or colleague that you have already met that you were wondering if they were your soulmate or not.

Well, the 1133 Angel Number is the answer, they are indeed your soulmate.

If you believe you are already in a relationship with your soulmate and you continue to see this angel number, then this is a sign that your relationship may be headed for some changes. These could be positive or negative.

Positive changes would mean possibly a new baby or a new home, while negative changes could mean it is time to end the relationship with your current partner as they are not your soulmate.

Here are some fascinating facts about the 1133 Angel Number:

The Angel Number 1133 symbolizes the combined powers of optimism with leadership, often seen as an encouragement by the universe to take control of your own destiny.

What Should You Do When You See the Number 1133?

Seeing the number 1133 means you are on a path towards success in your life. However, you may be temporarily distracted or at a crossroads.

Thus, when you see this number, you should work on boosting your self-confidence. That way, you can trust yourself to make the right decisions in the days to come.

The Angel Number 1133 is almost never bad. The only reason it may be considered bad is when it appears while you are questioning a relationship.

In relationships, the number 1133 means it’s time to change and experience a new beginning—meaning you need to end the current relationship in order to reach your full potential.

The Angel Number 1133 is considered the twin flame number. Seeing this number when you are asking the universe about your twin flame is absolutely critical.

It means they are near but you may not have acknowledged them as your twin flame yet. Which is why you should take a minute to evaluate your relationships in your life because you just might find your twin flame.

Overall, when you are seeing the Angel Number 1133 in every place that you look, you shouldn’t ignore it, as it is a sign from the universe that you are headed for a bright and shining future and that you may need to be actively involved in order to achieve said future.

Embrace the 1133 Angel Number when you see it, and if you are at a crossroads in life, know that the universe is urging you to make the right decisions. Whatever you do, don’t ignore the number 1133, as it may provide the answer you are looking for in your current relationship, career, or wellness situation.

Angel Number 1155: a transformation is coming in your personal life.

Angel Number 1111: the superlative you. 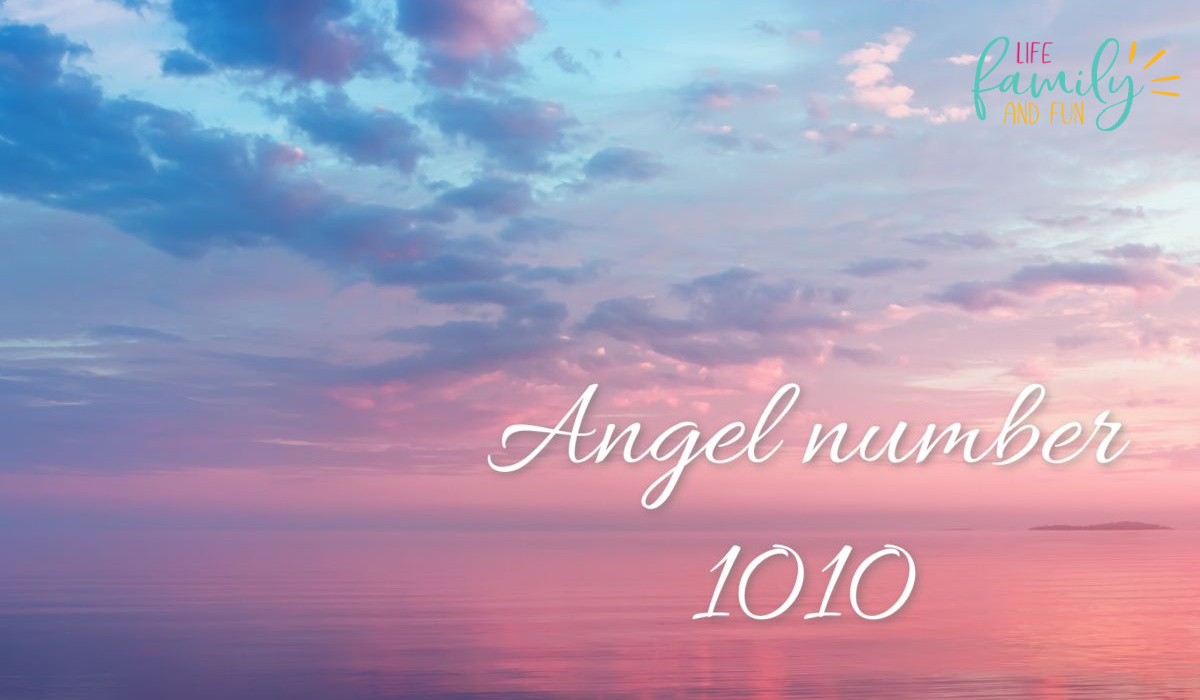 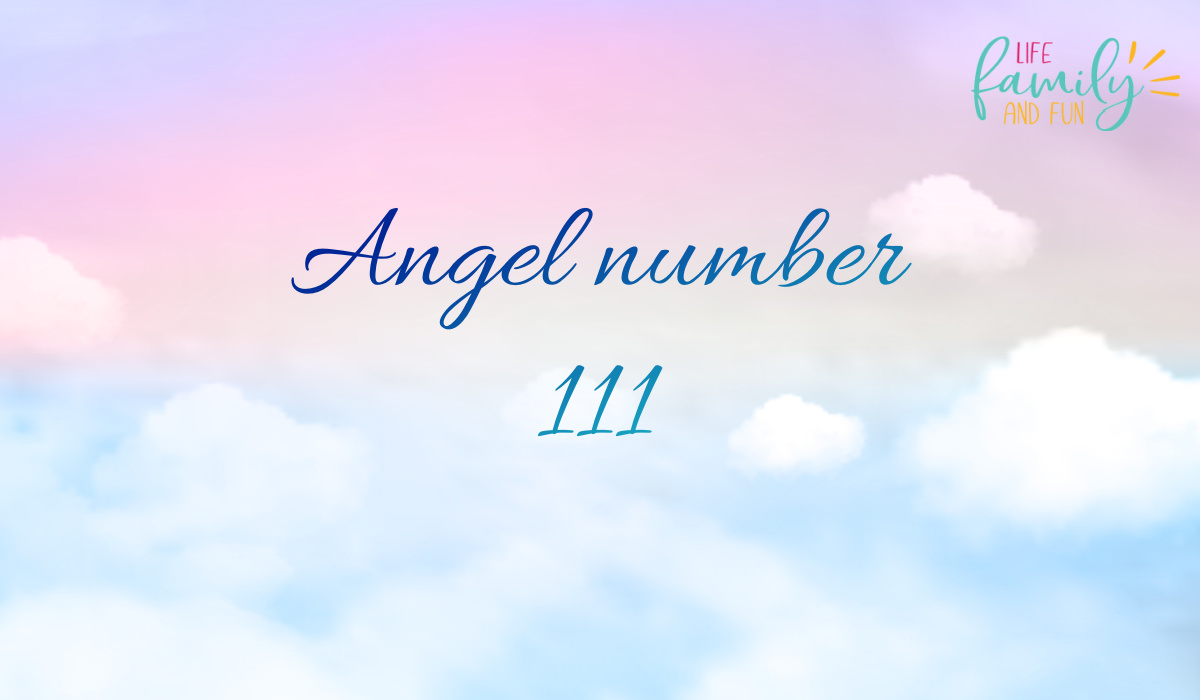 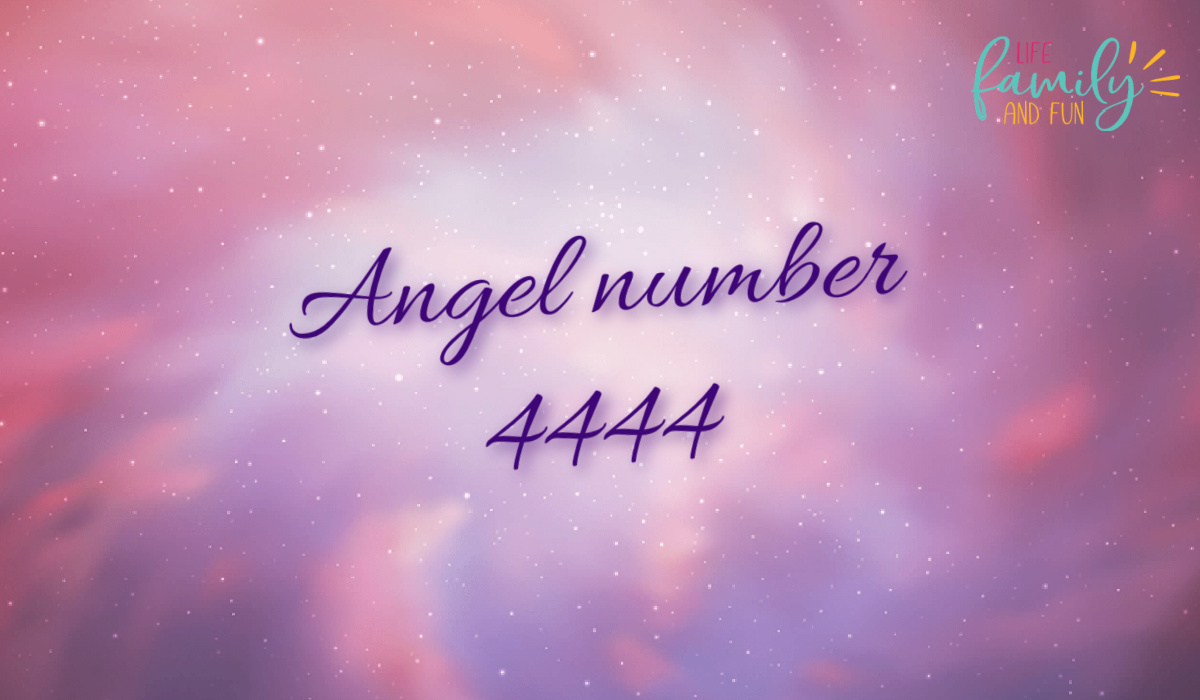 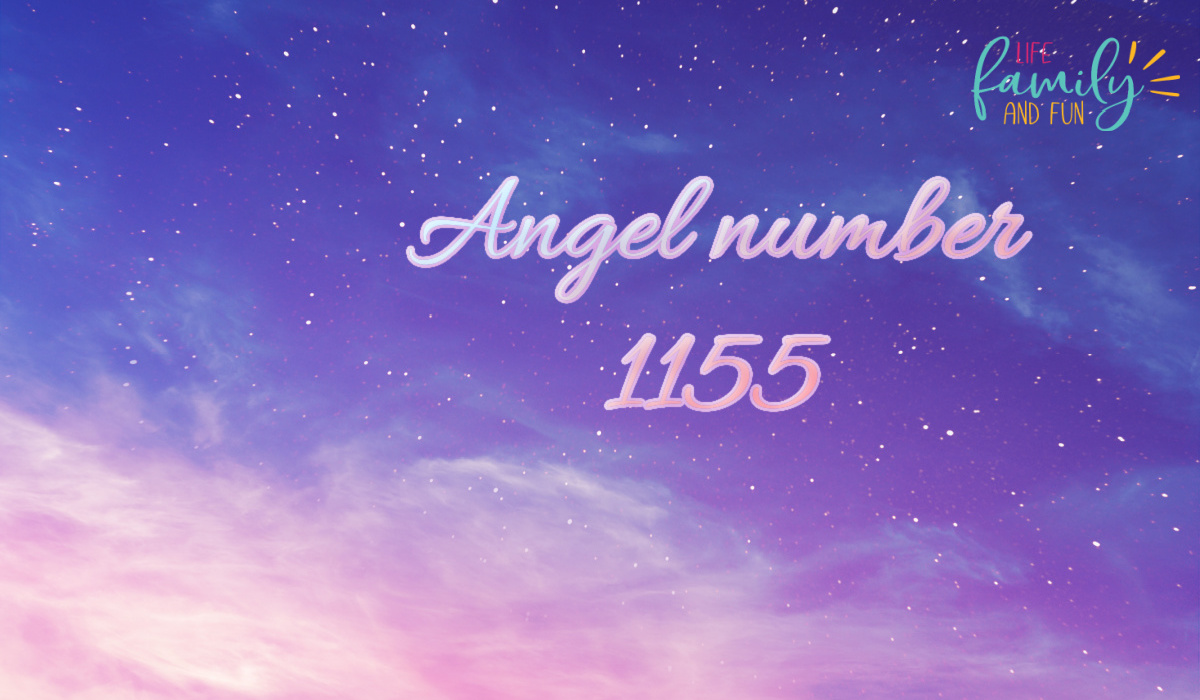