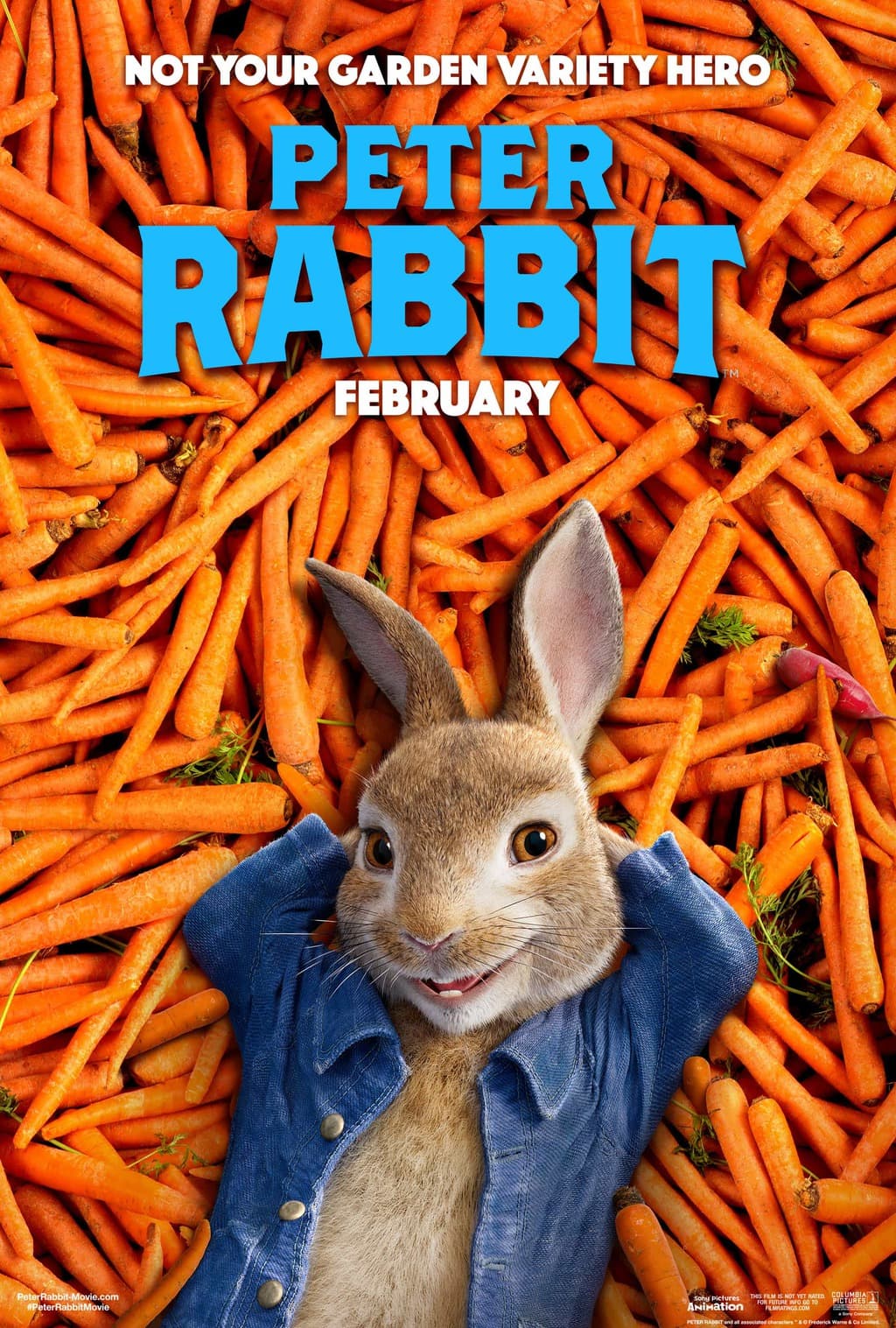 Columbia Pictures has teamed up with Frederick Warne & Co., part of Penguin Random House UK, for Peter Rabbit™, a new live-action/CG motion picture based on the internationally beloved series of books written and illustrated by Beatrix Potter, whose 150th anniversary is being celebrated this year.

James Corden is Peter Rabbit, as the mischievous and adventurous hero who has captivated generations of readers now takes on the starring role of his own irreverent, contemporary comedy with attitude. In the film, Peter’s feud with Mr. McGregor (Domhnall Gleeson) escalates to greater heights than ever before as they rival for the affections of the warm-hearted animal lover who lives next door (Rose Byrne).  James Corden voices the character of Peter with playful spirit and wild charm, with Margot Robbie, Elizabeth Debicki, and Daisy Ridley performing the voice roles of the triplets, Flopsy, Mopsy, and Cottontail.

Southern Family Fun has  five (5) family four pack of tickets to see an early screening of Peter Rabbit at Regal Atlantic Station on Saturday, February 3rd, 2018 at 10AM .  Giveaway ends January 29th at 12:00 AM. Enter below.

Disclosure: I was given complimentary movie tickets for promotion of this movie. All opinions are my own.