Home » PBR Top Bull Riding Stars Storms into Duluth
Contents show
World’s top bull riding stars storm into Infinite Energy Arena for the PBR’s return to Duluth March 12-13….plus GIVEAWAY!
Tickets on sale now!
We are giving away a family four pack of tickets to PBR at the Infinite Energy Center March 12 or 13
Please Enter Below
What do you love most about professional Bull Riding?

After a one-year hiatus, the ‘toughest sport on dirt’ returns to Duluth, Ga., when the Professional Bull Riders (PBR) Duluth Invitational, part of the elite Built Ford Tough Series, bucks into Infinite Energy Arena, Saturday, March 12 at 7 p.m. and Sunday, March 13 at 2 p.m.

They are available for purchase at the Infinite Energy Arena Box Office, online  or via phone at 770-626-2464.

For added value and entertainment, fans can now purchase PBR Elite Seats. This exclusive seating option gives avid bull riding fans a behind-the-scenes look at the world’s premier bull riding circuit. These tickets offer premium seats and the VIP experience of a lifetime, including early entry; a catered reception; 60-minute backstage tour by a PBR Host, featuring a PBR 101 presentation and visit with the sport’s fiercest bulls; and the opportunity for photos and autographs from top PBR stars.

After the event, PBR Elite Seat holders also will be given premium dirt access, where they can get their complimentary 8 Seconds PBR program, Elite Seat lanyard and other memorabilia autographed by the Top 35 bull riders in the world.

A limited number of PBR Elite Seats are available for $400 and can be purchased by contacting the PBR Customer Service Department at 800-732-1727.

The Top 35 bull riders in the world are scheduled to compete in Duluth, led by two-time and reigning PBR World Champion J.B. Mauney. Mauney became the PBR’s first $6 million man and the richest athlete in Western sports history when he captured the 2015 PBR World Championship in Las Vegas in October. He is arguably the most popular bull rider in the PBR today and will showcase his skills for all of his Georgia fans in March.

For two nights, these bull riding superstars will take on the fiercest bovine athletes in the business, hanging tough to make the 8-second whistle in hopes of winning a share of the $140,000 total purse and valuable PBR world standings points which count toward the overall $1 million 2016 PBR World Championship title.

35 cowboys will ride in Rounds 1 and 2 on Saturday and Sunday. After Round 2 on Sunday, the two-day scores will be added together and the 15 men with the highest cumulative scores will immediately return for the Built Ford Tough Championship Round. The event winner will be the rider who has performed the best and earned the most world standings points throughout the weekend.

The Duluth Invitational is the 10th stop on the 2016 Built Ford Tough Series schedule. The season kicked off Jan. 9-10 in Rosemont, Ill., and will conclude at the PBR Built Ford Tough World Finals in Las Vegas on Nov. 2-6, taking place at the new Las Vegas Arena. After five days of competition, the 2016 PBR World Champion, the bull rider who has earned the most PBR world standings points during the 2016 season, will be crowned and receive the coveted $10,000 World Championship belt buckle and a $1 million bonus.

The BFTS is televised every week on CBS, CBS Sports Network – the home of the PBR – and networks around the world. BFTS telecasts are produced for the PBR under a multi-year agreement with David Neal Productions, a Los Angeles-based production company led by 34-time Emmy® Award winner and Peabody Award winner David Neal, who serves as executive producer.

For more information about PBR (Professional Bull Riders) we invite you to visit them online at:
Facebook

What do you love most about professional Bull Riding? 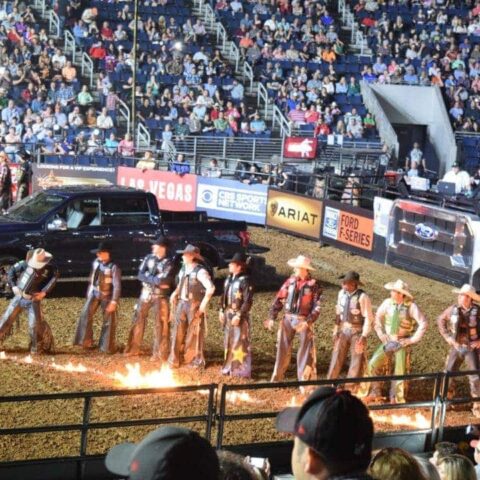 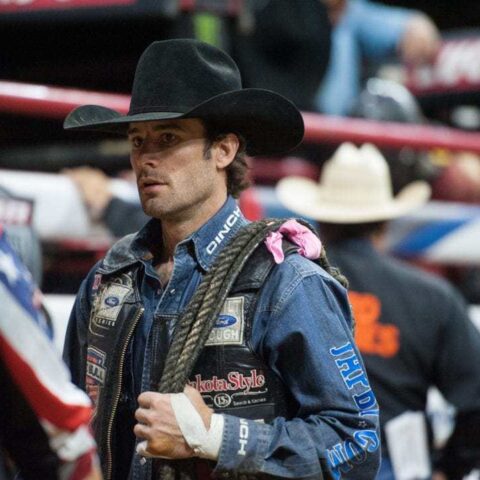