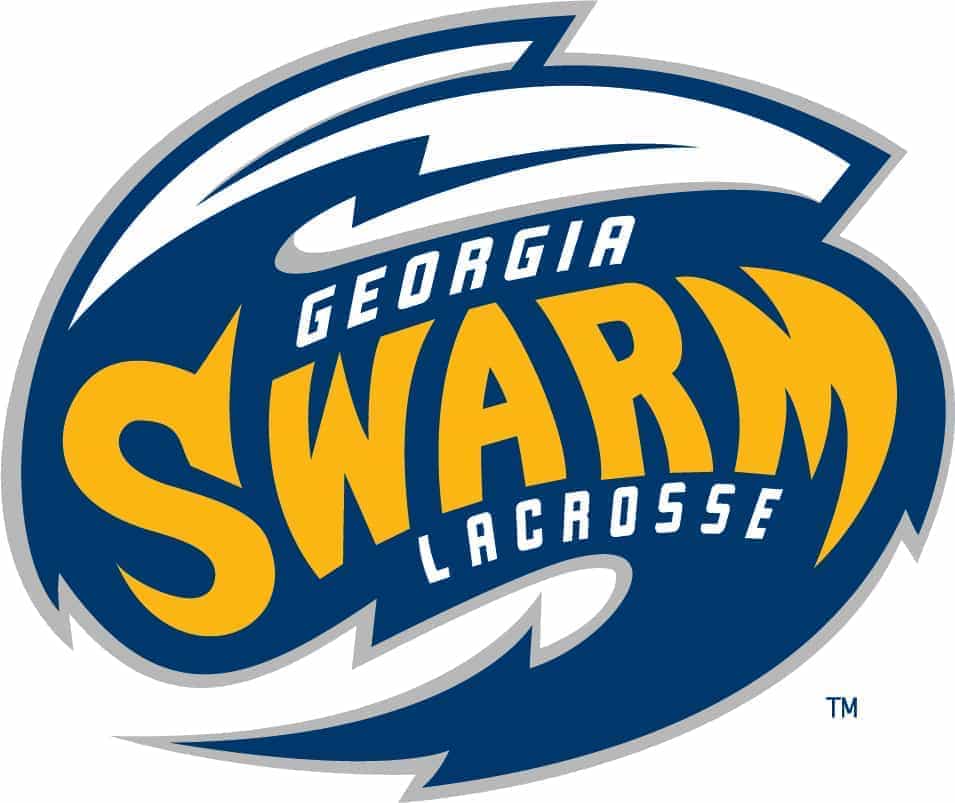 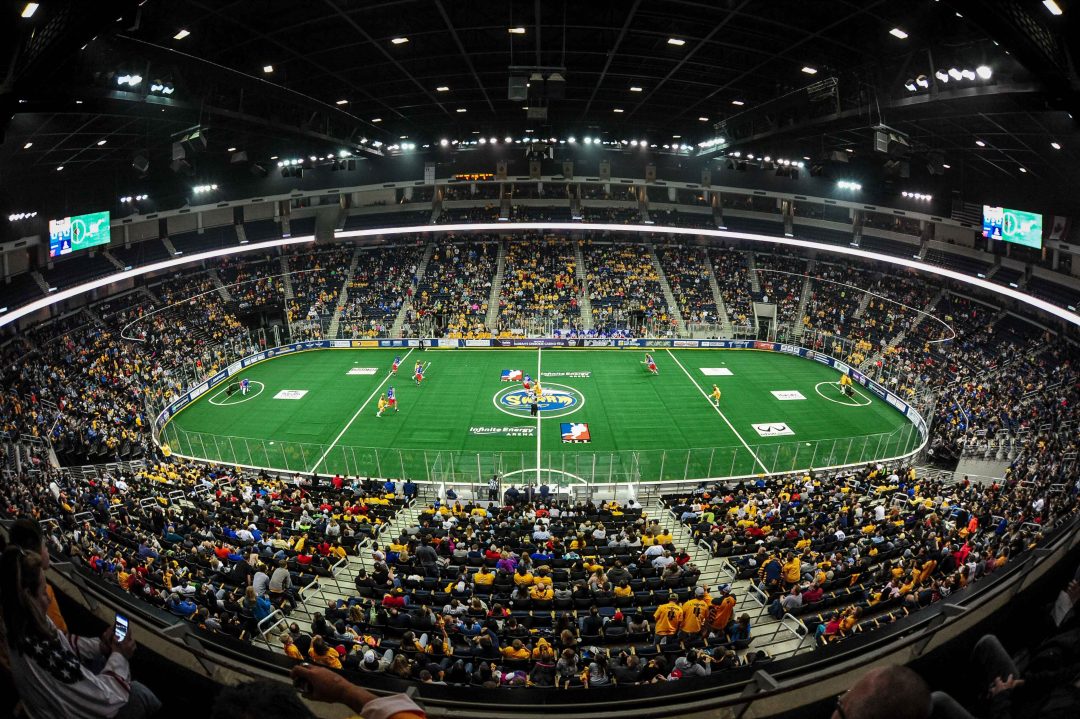 If you haven’t been to a Swarm Game yet, they are well-known for being very Family Friendly, and  were recently listed as one of the “Top 10 Things to Do in Gwinnett” by the Atlanta Journal Constitution (AJC). Their games are action-packed, high-scoring, and they feature music all game long, with a popular goal dance that fans of all ages participate in! Professional Indoor Lacrosse resembles hockey with its gameplay, and basketball with pick-and-rolls, and a 30-second shot clock. It’s called“The Fastest Game on Two Feet!”

It’s time to #DefendTheCup once again!  The Georgia Swarm, who is on a 6-game winning streak, has returned to the National Lacrosse League Playoffs as the #1 seed in the East Division.  The red-hot Swarm will be hosting the East Division Championship at Infinite Energy Arena on Saturday, May 12th at 7:05 PM!  The Swarm won the World Championship last June and became the first Atlanta pro sports team to win a title in 22 years!  (read more) 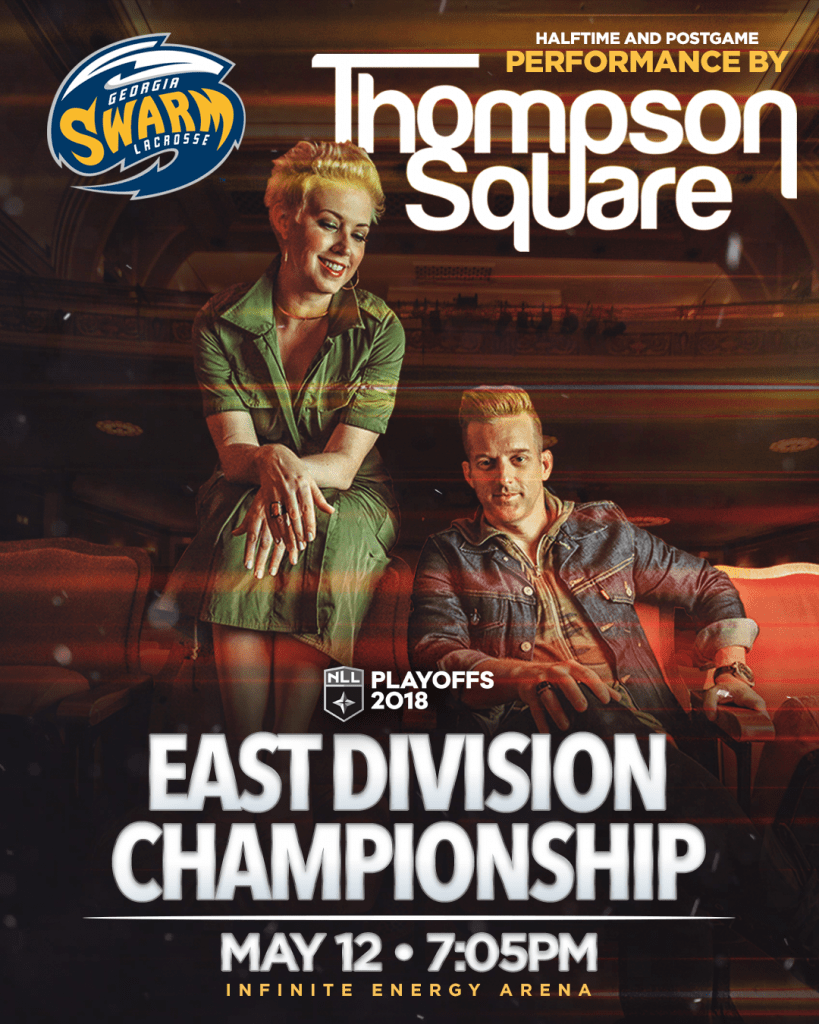 JUST ANNOUNCED:  Country music band Thompson Square will be performing at halftime and postgame of the East Division Championship!  The multi-platinum selling duo has achieved international success scoring three #1 hits “Are You Gonna Kiss Me Or Not”, “If I Didn’t Have You”, and “Everything I Shouldn’t Be Thinking About”, respectively.  Thompson Square has earned five Top 20 hits, with streaming numbers surpassing 600 million and a social media following of nearly 2 million.

Lower level playoff tickets start as low as $25 to see the defending champions and this special musical performance!

Visit the link below to learn more and purchase the best seats for the East Division Championship:

The Georgia Swarm battle against the Toronto Rock during the first half of Saturday’s home opener at Infinite Energy Center in Duluth (Photo: Kyle Hess)