Home » 13 Fun Things to Do in Phoenix
Family Travel
This site contains affiliate links to products. We may receive a commission for purchases made through these links.

Phoenix, Arizona is known for its hot temperatures year-round, which is why it’s a great vacation destination with lots of fun things to do. There are plenty of outdoor attractions for those who want to soak up the sun, along with several indoor attractions if you want an opportunity to cool off. So, if you live somewhere with cold winters, Phoenix is a great vacation destination. Here are 13 fun things to do in Phoenix that you might want to add to your itinerary.

Due to the arid climate of Arizona, the state is known for deserts more than green spaces. But deserts can still provide gorgeous sights with unique plants. The Desert Botanical Garden in Phoenix is a beautiful attraction found in the famous Papago Park. It’s a 140-acre garden space that’s home to thousands of different plant species, which are found from deserts all over the world. Some of the cacti and wildflowers even came from places as far as Australia. Among the many plant species, there are also many sculptures and art installations to look at. And if you’re lucky, you might even see some gorgeous wildlife, such as butterflies and hummingbirds. No matter the season and time of day, there will always be some unique flowers blooming.

If you love unique structures and architecture, Taliesin West might be one of the most fun things for you to do in Phoenix. It’s a historical landmark in Scottsdale, and it was architect Frank Lloyd Wright’s school and winter home. It was used from 1937 until 1959, which is when he passed away. Today, it is open for public tours, where you can get up-close views of the unique structure. The building was constructed using lots of native materials, and its tilted ceilings give it an unforgettable look. During the tour, you’ll learn a lot about Wright’s life and about his design choices for this unique attraction.

The Camelback Mountain is one of the most notable landmarks of Arizona. It’s one of the highest points in Phoenix, reaching an elevation of over 2,700 feet. It’s full of scenic hiking trails, but they’re more intense than your average trails. Along the way, you might see impressive rock formations and gorgeous views of the city. You should also keep an eye out for wildlife, as it’s fairly common for rabbits, tortoises, lizards, and even snakes to cross your path. But if you see a rattlesnake, be sure to keep your distance. This massive mountain gets its name because some say it looks like a kneeling camel. If you plan to attempt this hike, it’s recommended that you start early in the day and pack lots of water.

For music lovers, this is one of the best places to learn about musical instruments from all over the world. The Musical Instrument Museum is home to over 6,000 unique instruments from over 200 different countries! It first opened in 2010, and it’s been a huge hit in Phoenix ever since. It even has many instruments used by famous singers, including Elvis Presley, Taylor Swift, and John Lennon. There are even some exhibits that allow you to play some of the instruments, which are favorites for hands-on learners. In addition to being a one-of-a-kind museum, it’s also a performance venue that hosts a wide variety of acts.

Many visitors consider the Heard Museum to be one of the best Native American museums in the country. It was first founded in 1929, and its collection has continued to grow ever since. Today, it’s home to over 40,000 artifacts, including murals, beadwork, and dolls. Most of the exhibits are inside the air-conditioned space, but there is also a beautiful sculpture garden outside that visitors can explore. Throughout the year, this museum also hosts events and festivals, which welcome Native American performers and artists.

The Phoenix Zoo is another one of the fun things to do in Papago Park. It’s an exciting zoo that has many endangered species, such as Sumatran tigers and orangutans. The zoo first opened in 1962, and it’s now home to over 1,400 animals. The zoo is divided into four main trails: the Arizona Trail, Africa Trail, Tropics Trail, and Children’s Trail. But of course, for the best experience, you’ll want to see the animals from every area. In addition to the animal exhibits, there are other interactive attractions, including a 4D theater, animal feeding encounters, a playground, and a carousel. So, this attraction will be exciting for all ages!

Papago Park is home to many popular Phoenix attractions, including the Desert Botanical Garden and the Phoenix Zoo. But the park itself is an exciting attraction as well. This park is approximately 1,500 acres of desert with lots of unique landmarks. There are lots of scenic hiking trails at this park, including one that takes you to the famous “Hole-in-the-Rock”. In one of the large mountain formations, there are several holes in the middle that you can walk inside. During your visit, you might also come across the Hunt’s Tomb, which is a pyramid built by Arizona’s first governor. And as always, keep an eye out for desert wildlife like bighorn sheep and rabbits.

Old Town Scottsdale is one of the most fun things to do in Phoenix if you love quirky attractions. This town dates back to the 1920s, and it has kept up with its original Western style after all these years. It’s aimed mostly toward tourists, with shops, restaurants, bars, and art galleries. Even if you’re not planning to spend more money on your trip, it can still be a fun area to walk around due to the unique styles of the buildings. You can take special tours around Old Town, and you can also experience some of its exciting events, such as heritage events and art walks.

The Phoenix Art Museum has likely been around since Arizona officially became a state in 1912. It didn’t become an official museum until 1959 though. Today, the attraction itself looks like a work of art, with 203,000 square feet of modern architecture. It’s home to the paintings of many famous artists, including Georgia O’Keeffe, Pablo Picasso, and Frida Kahlo. It’s considered one of the best art museums in the southwestern United States, and it’s a great attraction if you want a break from the heat outside.

South Mountain Park is one of the largest parks in the entire country. Thus, it’s one of the most fun things to do in Phoenix if you want to spend some time outside. The park was first plotted in the 1920s, and it takes up 16,000 acres. It has about 60 miles of trails for hiking, biking, and horseback riding. The highest point of the park reaches 2,690 feet, so you can get amazing views of the city from this location. Some of the most notable parts of the park are the elephant trees and the chuckwallas, which are a large, common lizard in Arizona. Just be sure to pack plenty of water and sunscreen during this adventure.

Goldfield was once an old mining town, but it slowly died after the gold in the mines ran out. Eventually, the town was restored into a tourist attraction, which makes it more of a fun visit rather than a haunted attraction. Some tourists love to simply walk around the area while others love to partake in the many exciting events. In the Goldfield Ghost Town, you can tour the Mammoth Gold Mine, ride the Superstition Narrow Gauge Railroad, or see a reenactment of an Old West gunfight. You can even learn more about the town’s history by checking out the small museum on site. It certainly is a unique location near Phoenix that you won’t want to miss out on.

If you’re looking for educational things to do in Phoenix that are also fun and exciting, then the Arizona Science Center might be the perfect stop for you. Like most science museums, it has many hands-on exhibits about topics like space, natural forces, and natural disasters. There are hundreds of interactive exhibits at this science center, along with seven themed galleries. In addition to the many fascinating exhibits, there’s also an IMAX theater, planetarium, and some rotating special events. Science centers are always great places for young audiences to learn due to the many hands-on activities they have to offer.

This gorgeous structure is the old Capitol building of Arizona. It was built in 1900, but is no longer used for government. Instead, it’s maintained as a free museum that shares lots of Arizona’s history. It has four floors of exhibits, along with beautiful gardens outside. Some of the unique exhibits include information about the USS Arizona Battleship at Pearl Harbor, a timeline of when Arizona became a state, and the Arizona flag made completely out of Legos. On top of it all, this structure has mesmerizing architecture as most capitol buildings do. It can be a fun place for you and your family to explore while also learning some of the state’s history.

Are you looking for a warm vacation destination with many unique landmarks? If so, then Phoenix, Arizona might be the place for you. Luckily, there are lots of fun things to do in Phoenix both inside and outside. So, consider these 13 attractions for your next getaway. 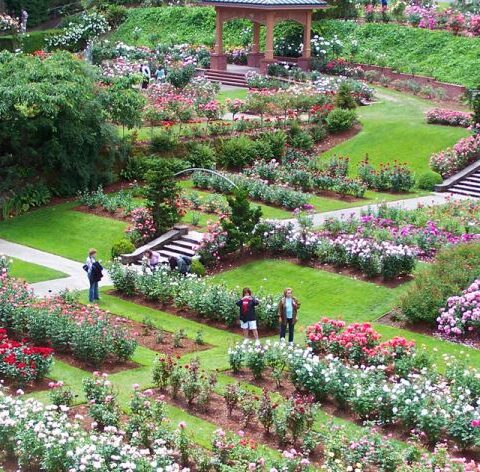 13 Fun Things to Do in Portland 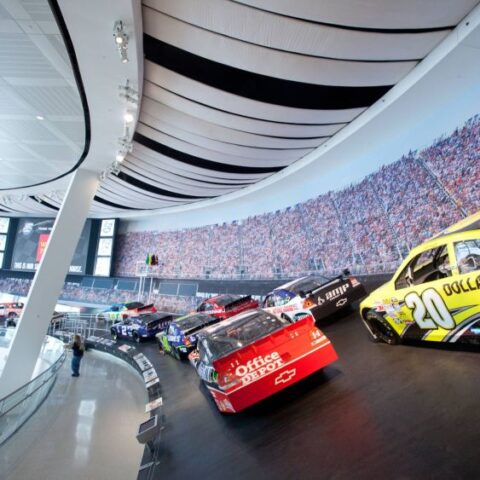 15 Fun Things to Do in North Carolina 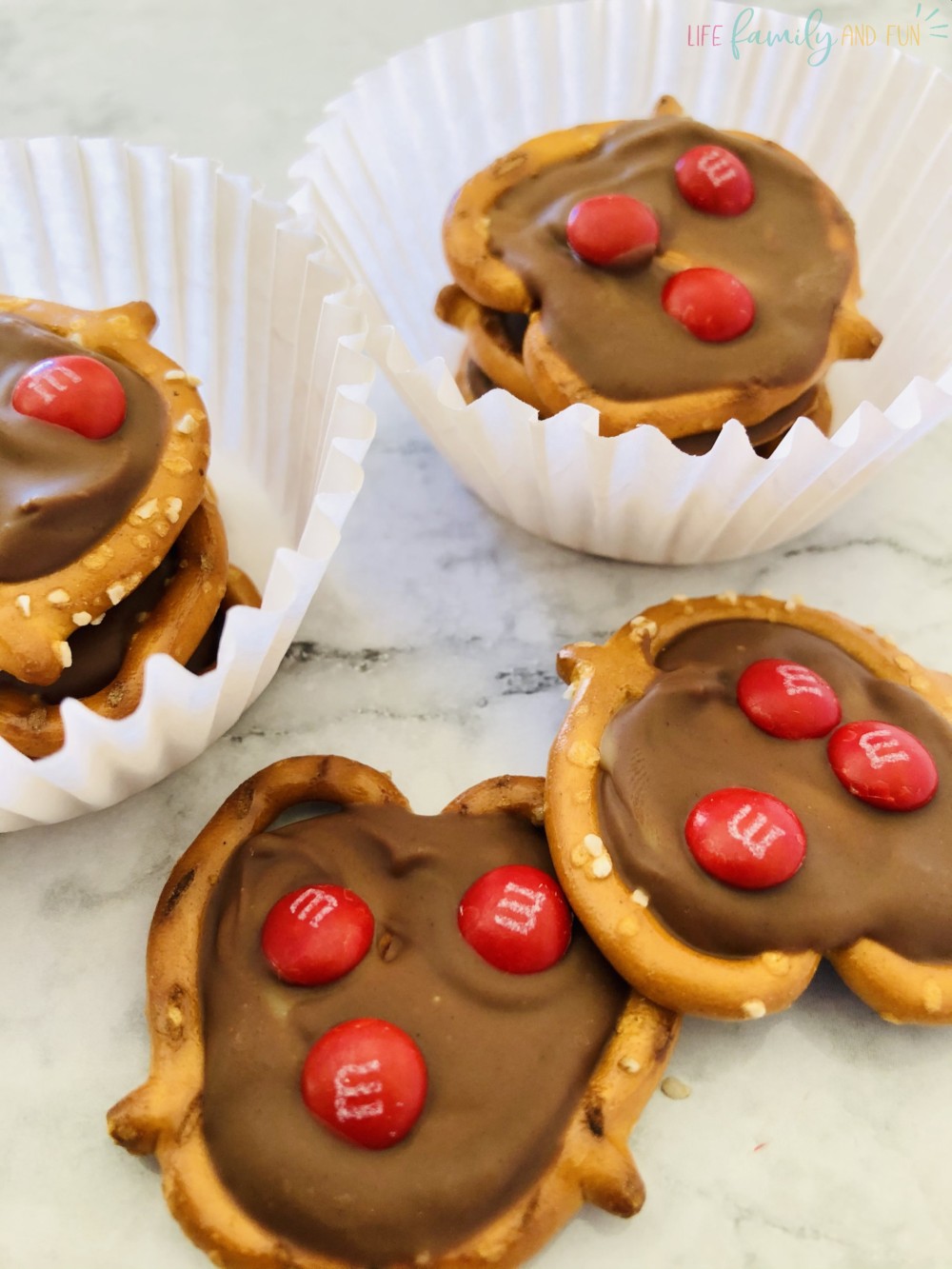 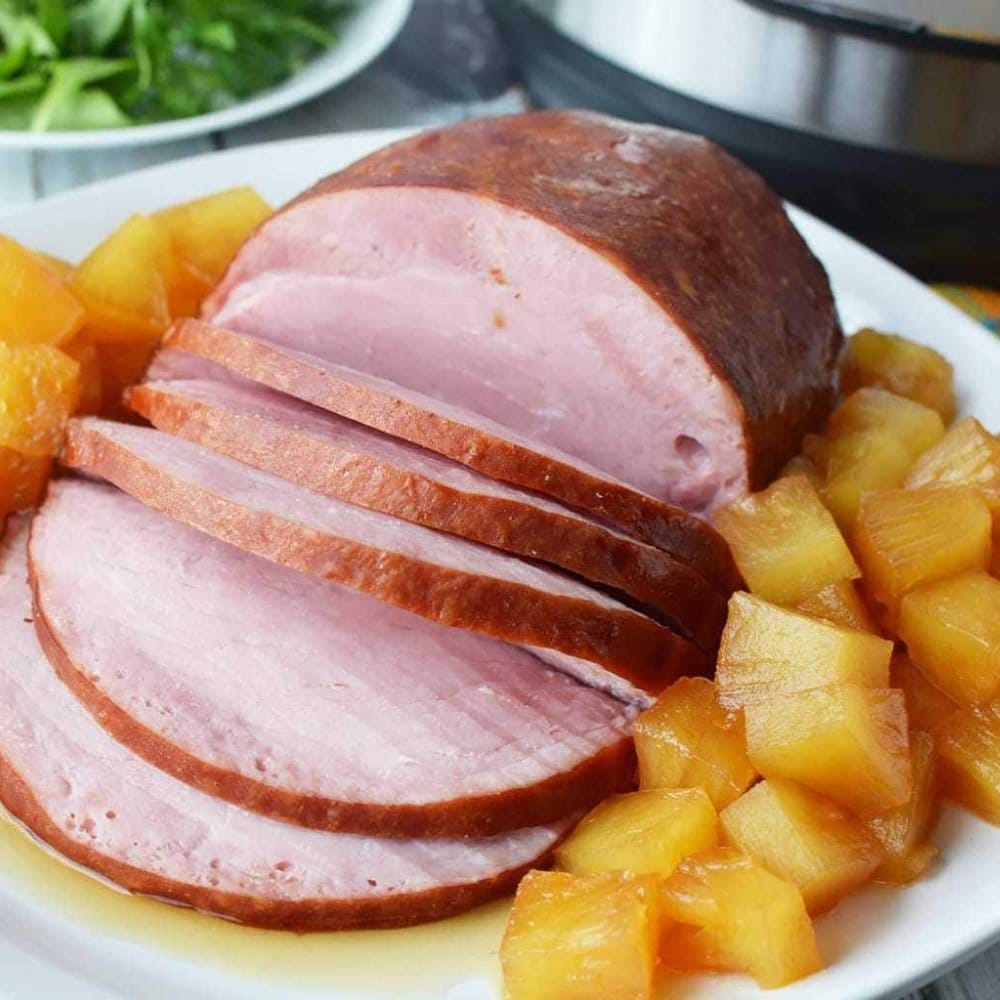 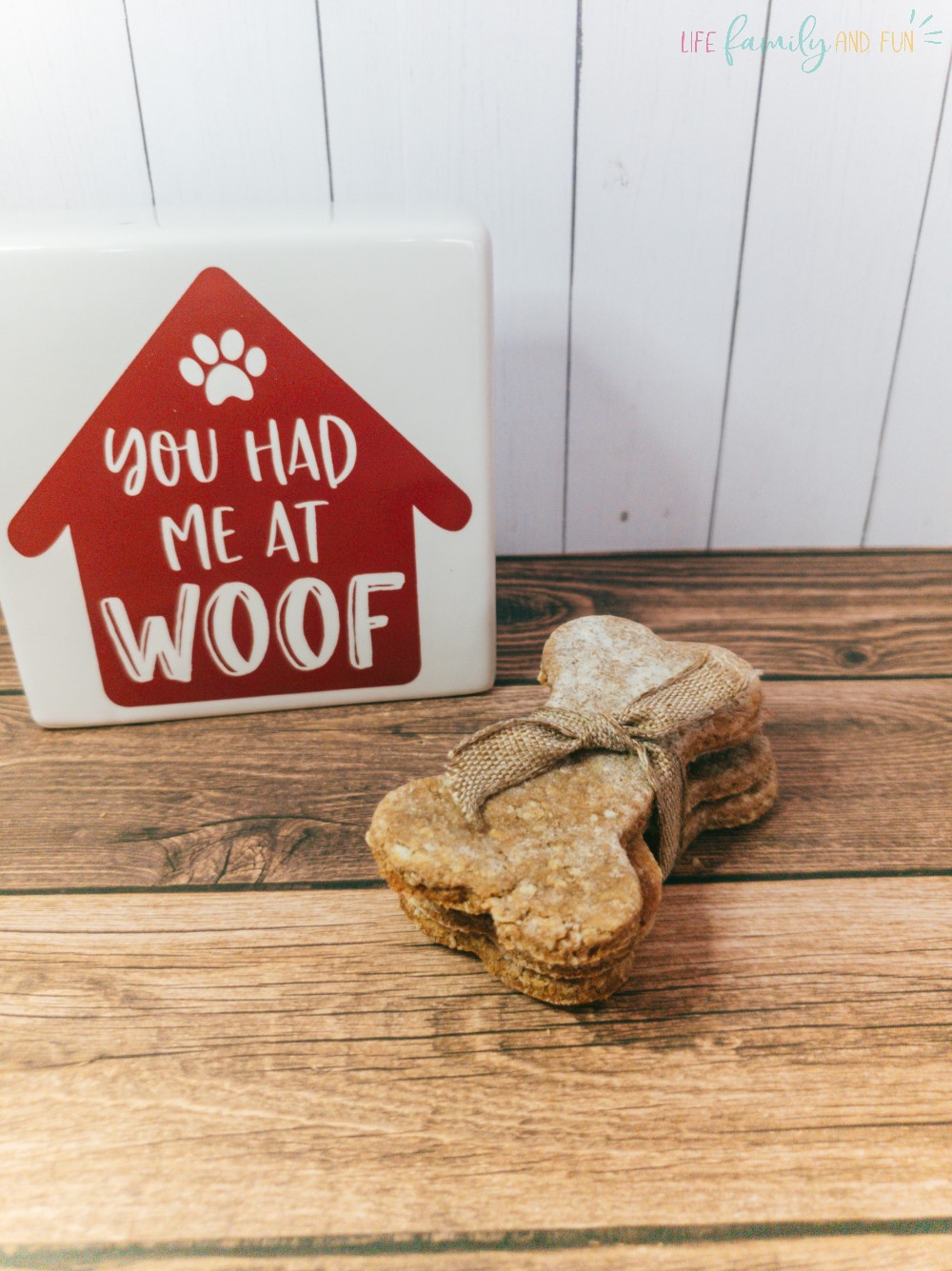 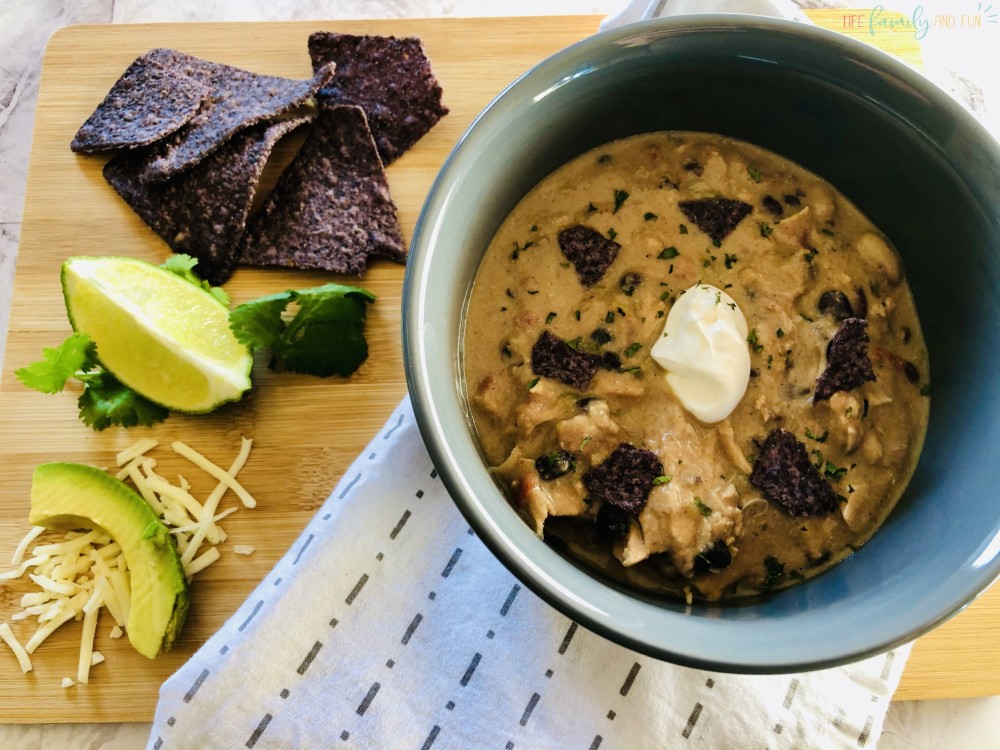 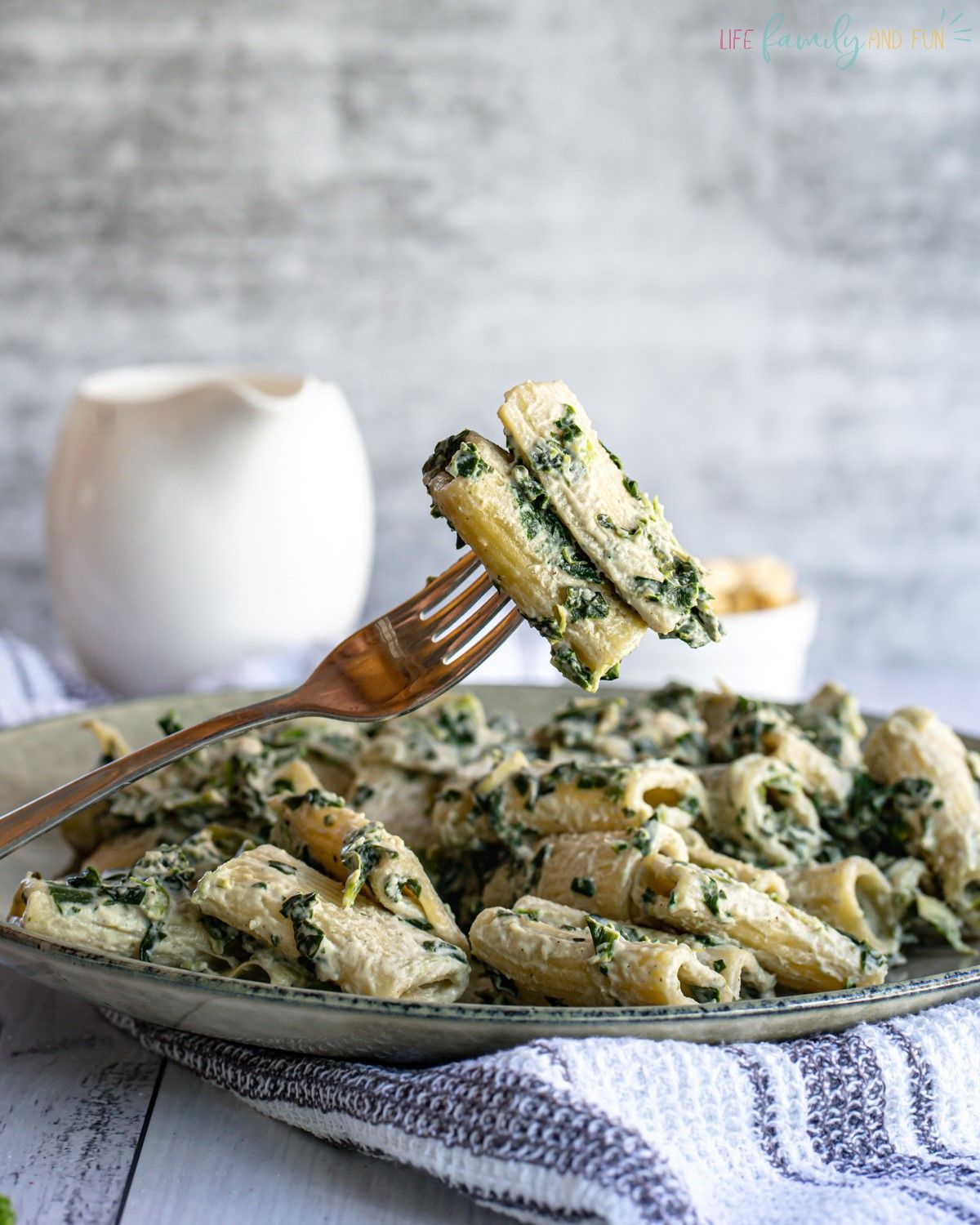 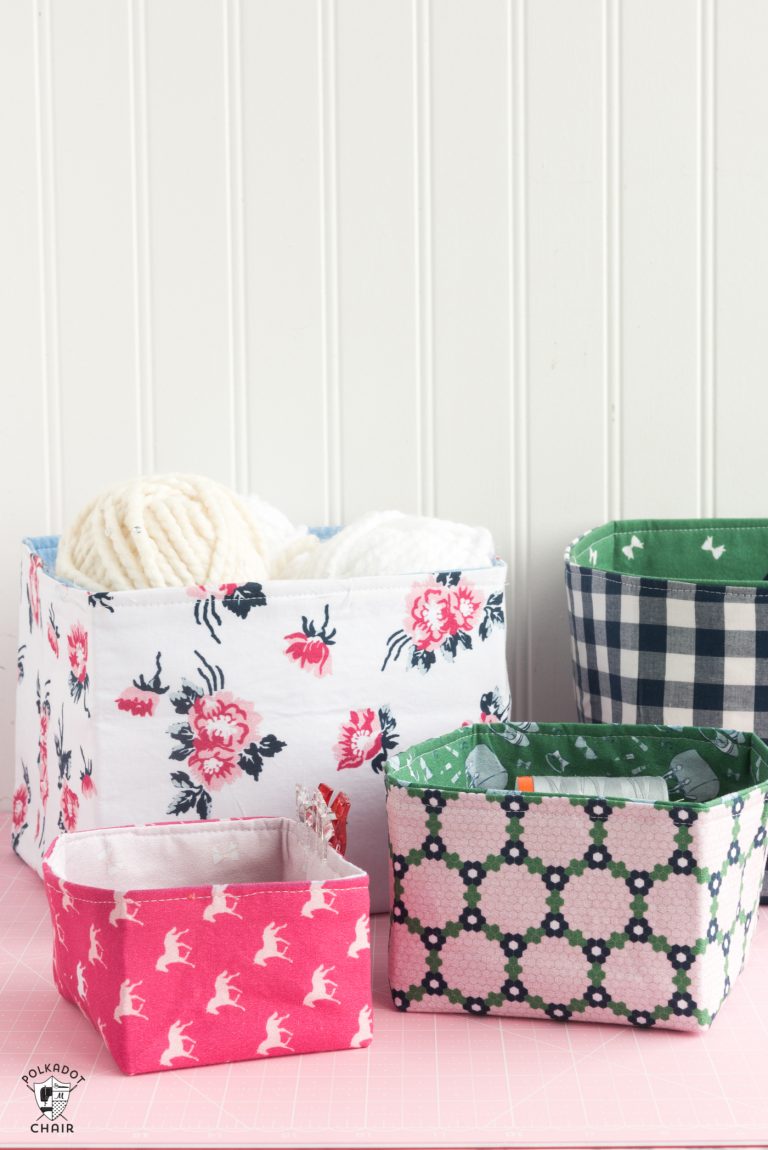