Home » 15 Fun Things to Do in Maryland
Family Travel
This site contains affiliate links to products. We may receive a commission for purchases made through these links.

Maryland is one of the smallest states in America, but it has no shortage of fun things to do. This state was one of the first to join the United States, which occurred back in 1788. Today, it’s still know for its vast history, along with its many waterways and nature spots. 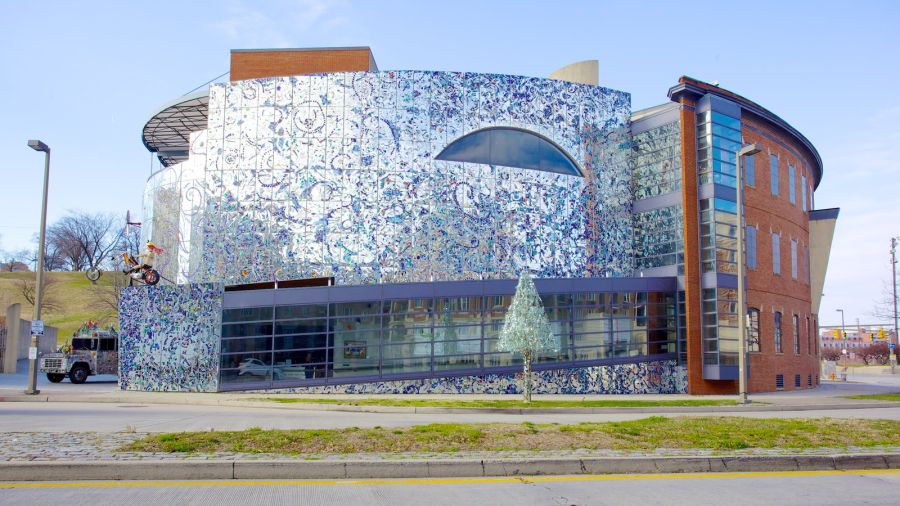 So, if you’re hoping to get a glimpse at America’s history, then Maryland might be the vacation destination for you. Of course, there’s also plenty of exciting and relaxing attractions too.

So, here are 15 fun things to do in Maryland that you should consider checking out. 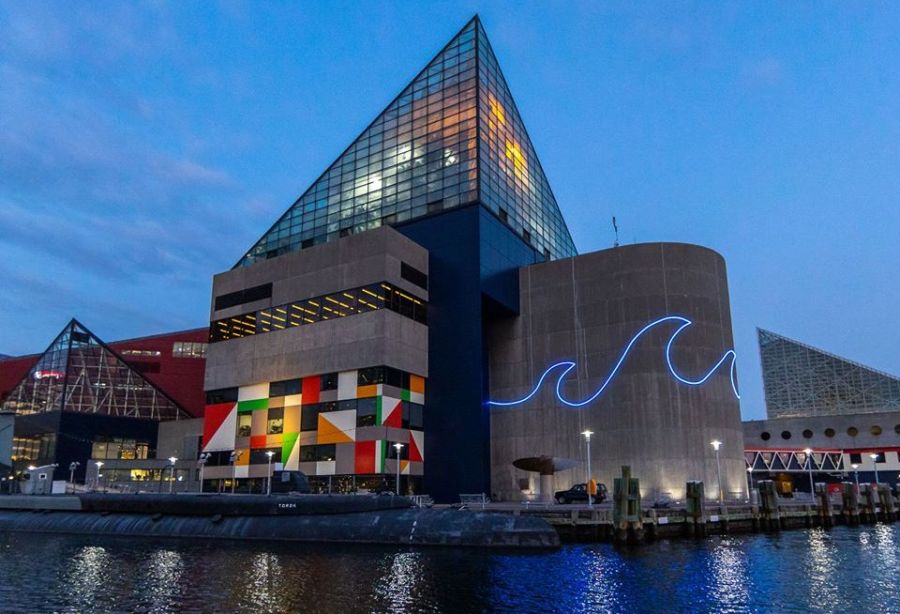 This award-winning aquarium is a gorgeous building that sits along Baltimore’s inner harbor. It’s impossible to miss! It replicates various ecosystems of the world with the proper animals and plants. It also has some above water habitats for animals such as monkeys and birds. The habitats are massive enough to ensure that the animals have a good life. Over 17,000 animals and 750 species live at this attraction, so there’s lots to see! 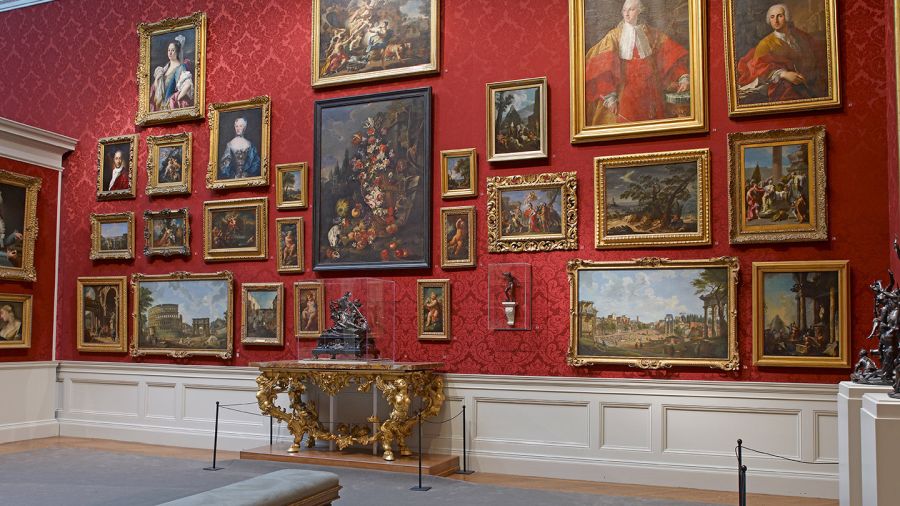 The Walters Art Museum in Baltimore first opened in 1934 as a way for the Walters family to display their art collections. The museum has since expanded, and it now holds a wide variety of works from the third millennium B.C. all the way to the early 20th century. This attraction is best known for its gorgeous jewelry collection. Of course, it also holds many traditional artworks as well, including paintings and sculptures. 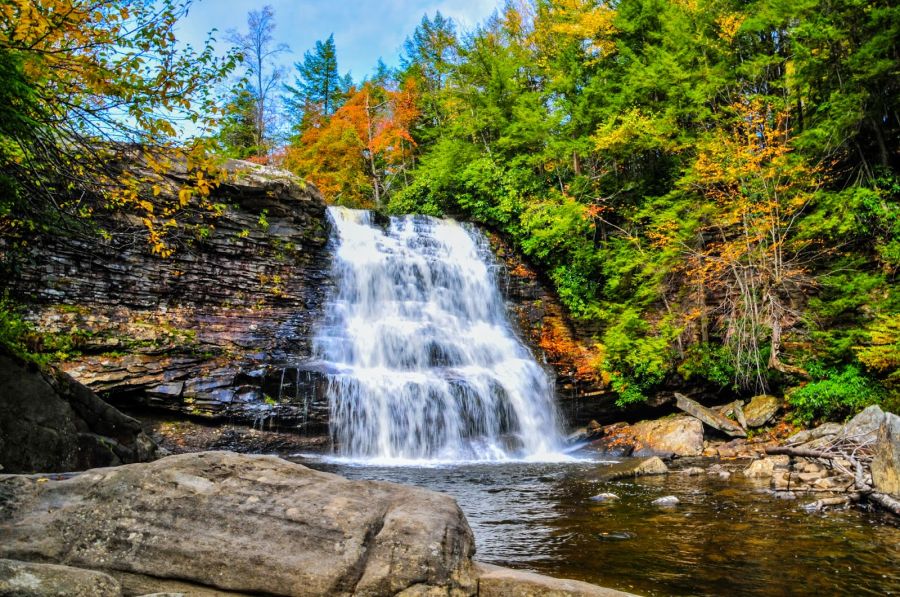 Maryland has lots of waterfalls, which of course, are some of the most fun things to do in the state. Swallows Falls is a park in the mountains, only 10 miles north of Oakland. It has some of the best scenery in the state, including the tallest free-falling waterfall in Maryland. But the falls aren’t only beautiful in the summer. Many visitors check out this attraction in the winter because of the amazing icicles that form. 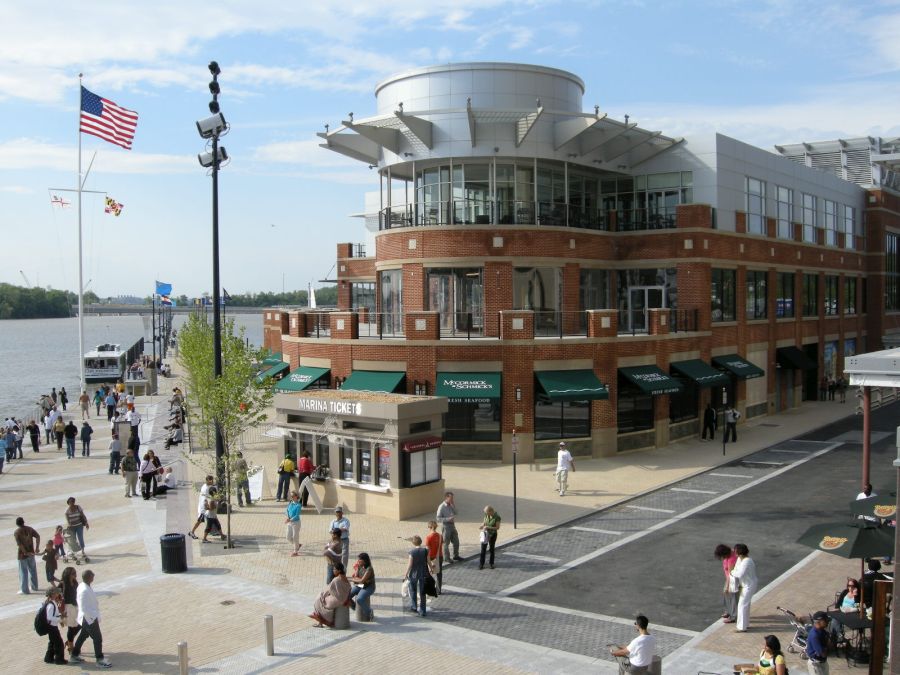 National Harbor is only a few minutes away from Washington D.C., and it can easily be accessed by car or ferry. It’s most known for the Capital Wheel, which is a 180-foot enclosed ferris wheel along the water. This ferris wheel has some of the best views of the Potomac River and the White House. At National Harbor, you’ll also find shops, restaurants, rides, trails, and special events. 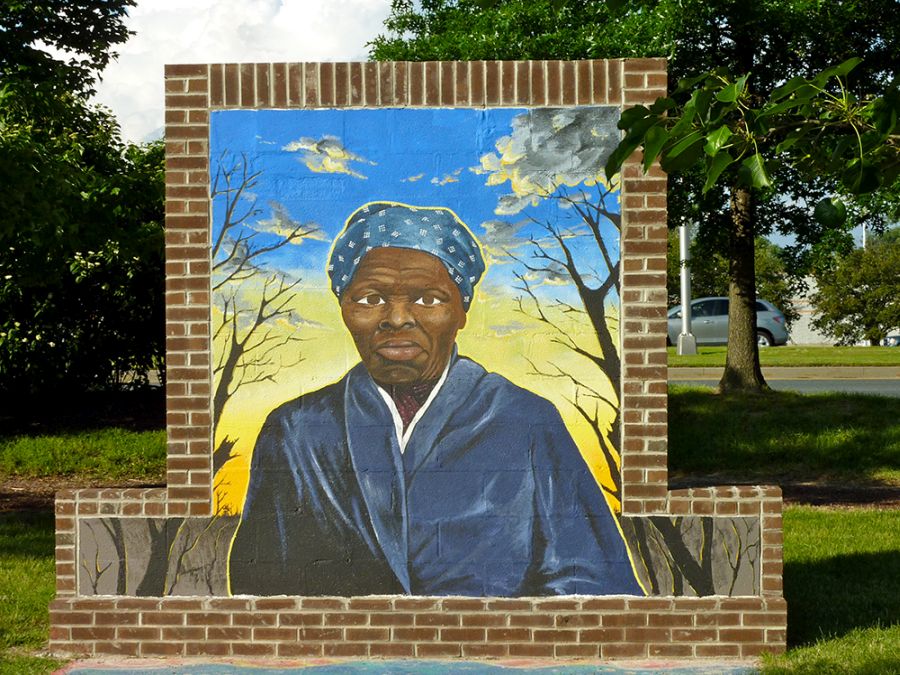 Harriet Tubman was born enslaved in Maryland, but then went on to save many other slaves. Thus, the Harriet Tubman Byway is the perfect educational attraction for you and your family. It’s a driving trail that follows her path for 100 miles, which goes from Maryland to Philadelphia. Some important stops along the way are her birthplace, farms where major life events occurred, and stops on the Underground Railroad. 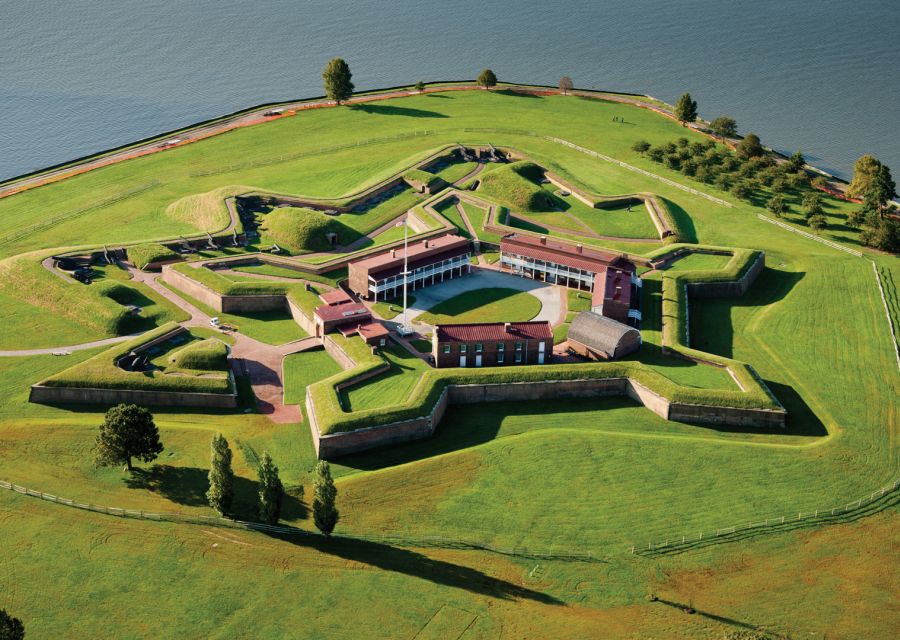 The Fort McHenry National Monument in Baltimore might not sound too interesting, but it’s the location that inspired the Star-Spangled Banner. Its star-shaped coastal battlements held many wars and battles over the years. After the War of 1812, the American flag was raised above the fort, which inspired Francis Scott Key to write the famous tune. You can explore this space, take tours, or even watch historical reenactments. 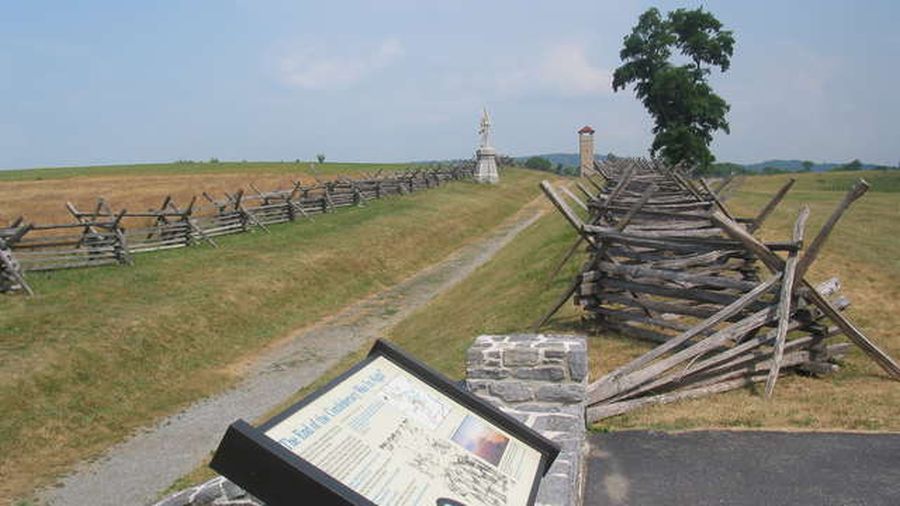 Another historical landmark in Maryland is the Antietam National Battlefield. The Battle of Antietam was a depressing time, where over 22,000 soldiers died. Now, the land serves as an educational attraction where guests can learn more about its history. It has a cemetery, museum, and visitor center. You can also take a self-guided or state-sponsored tour of the space, which is located in Sharpsburg.

If you love art and unique attractions, then the American Visionary Art Museum is one of the most fun things to do in Maryland. It has a wide range of art pieces created by the most creative minds. Some of the works include model planes, handmade robots, and human-sized bird nests. The building itself looks like a work of art, and it even has a sculpture garden to add to the excitement. It sure isn’t your typical art museum! 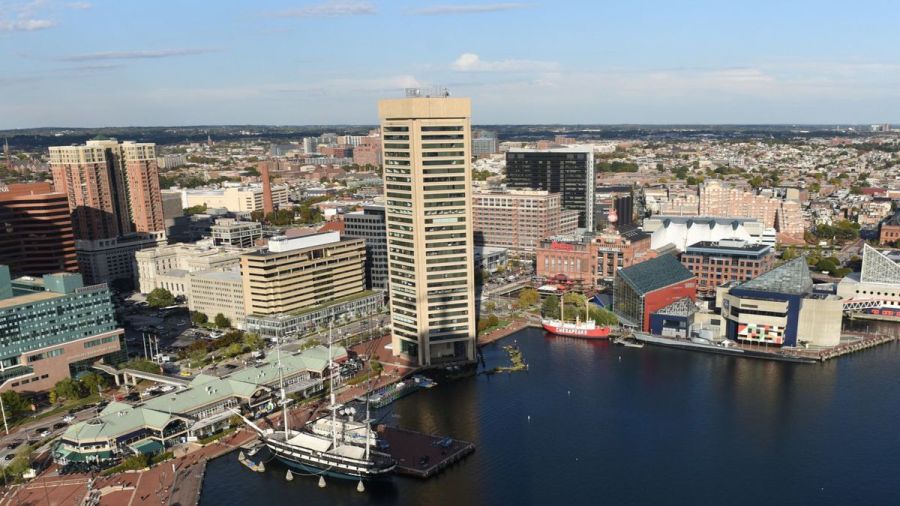 Tall buildings are a favorite tourist attraction in many cities. So, Top of the World is no different. It’s the 27th floor in the Baltimore World Trade Center. The building is the tallest pentagonal building in the world, and the observation deck provides jaw-dropping 360 views of the city. From the observation deck, you can see downtown Baltimore, the Inner Harbor, and Chesapeake Bay. 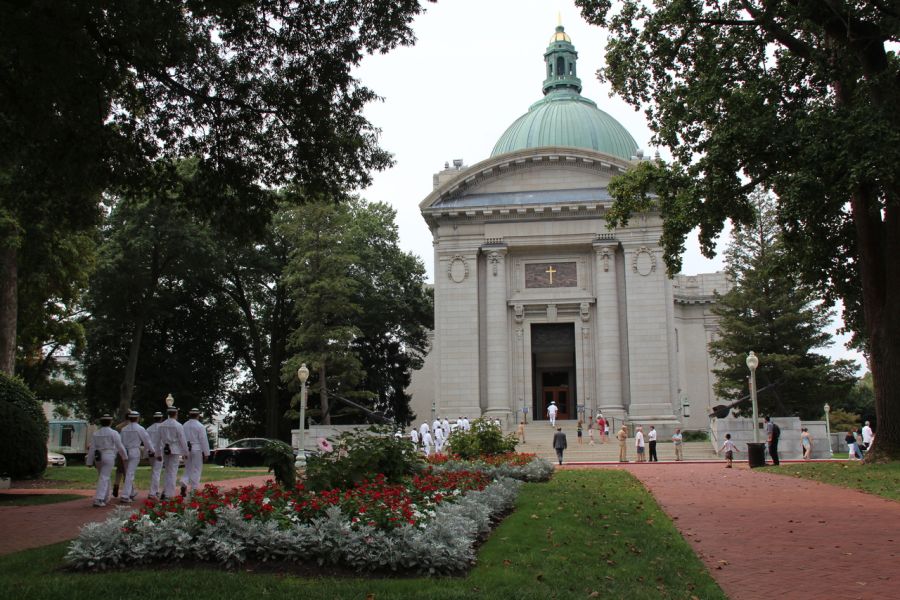 The U.S. Naval Academy in Annapolis is exactly as it sounds. It’s where the U.S. Navy and Marine Corps go to receive their four-year training. Despite being a place of learning, it’s open to visitors year-round for tours. It also has a museum that’s filled with artifacts and memorabilia, such as medals, uniforms, and other items from historical events. The on-site chapel is also significant due to its remarkable stained-glass windows. 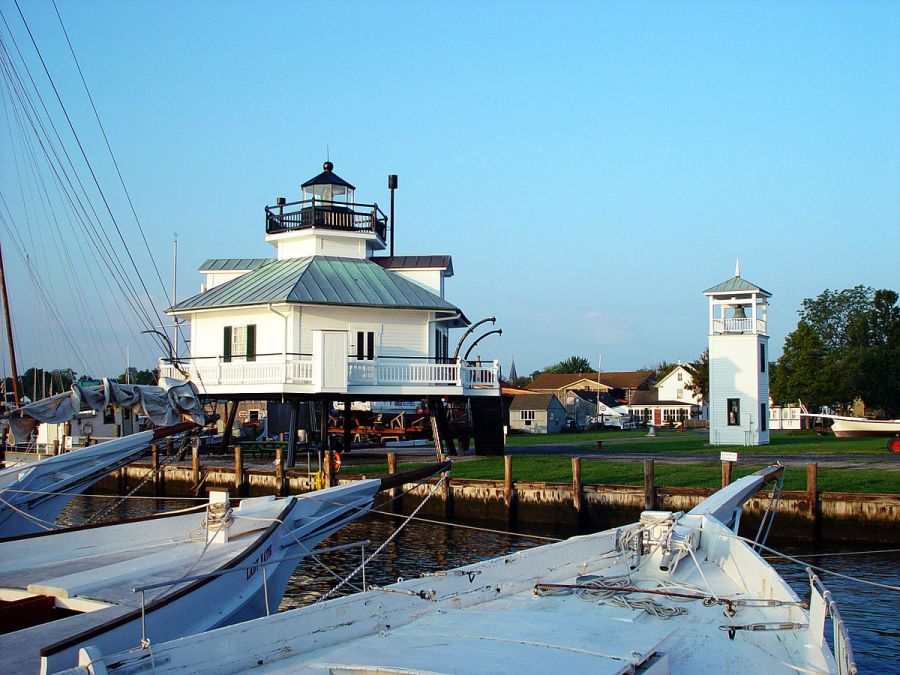 There’s no shortage of unique historical attractions in Maryland. The Chesapeake Bay Maritime Museum in St. Michaels is a unique museum that takes up 35 buildings and 18 acres. These buildings include a lighthouse from 1879, a boat shed, and a wharf. When exploring this attraction, you’ll learn about topics like sailing, building ships, and the crab industry. It’s a tour that’ll take you back in time, and it often hosts unique events too, such as overnight experiences.

This nature space is one of the most fun things to do in Maryland if you love observing animals and keeping them safe. This wildlife refuge is 12 miles south of Cambridge, and it covers 26,000 acres. It’s full of marshes, ponds, and forests. It’s a popular location for birdwatchers because it’s a major spot for migrating birds. This outdoor space is charming year-round, and you’ll likely see wild animals during every trip. 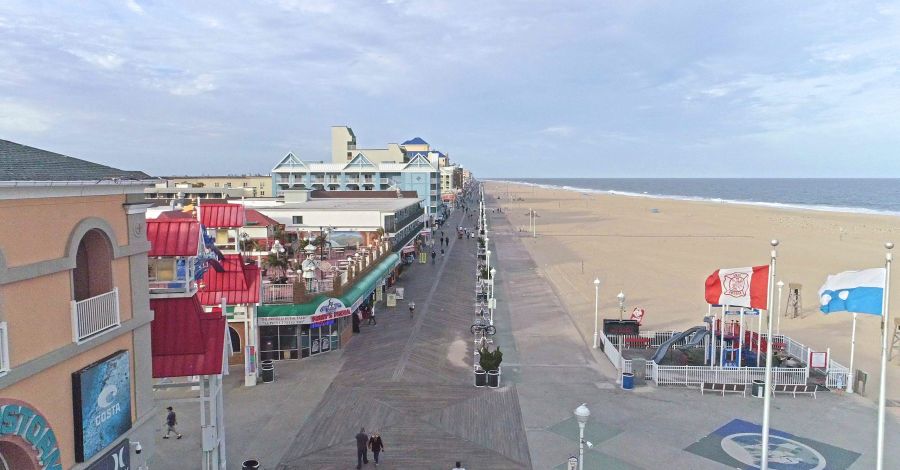 The Ocean City Boardwalk is a vibrant, action-packed area of Maryland. It has a popular public beach, which stretches for 10 miles, along with a 3-mile boardwalk, which is considered one of the best in the area. Additionally, you’ll find shops, a ferris wheel, a roller coaster, a carousel, and food kiosks. This area is also home to many free events, such as concerts and movies. If you don’t feel like walking, there are lots of trams to take you from one attraction to the next. 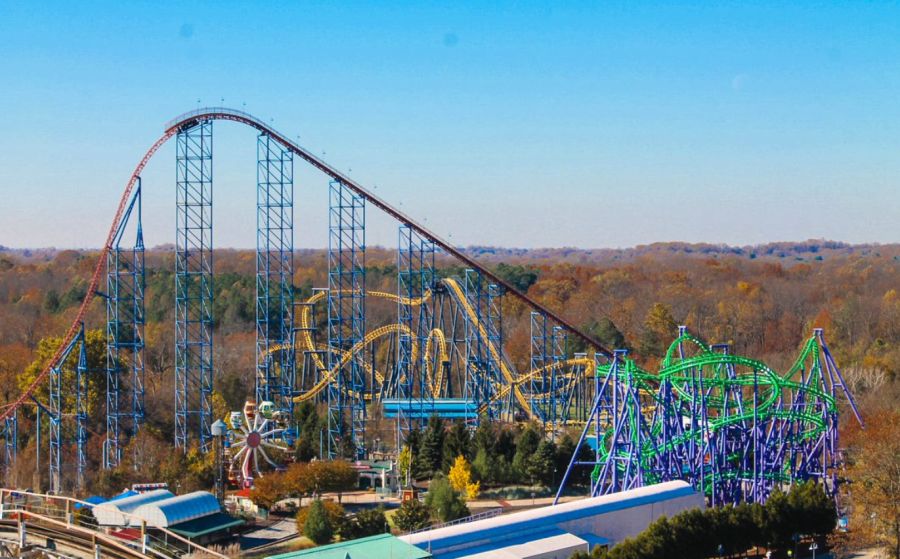 Your whole vacation doesn’t have to be about learning and exploring. Some families just want some thrills. Six Flags in Bowie, Maryland is one of the best attractions for families. It has roller coasters, carnival games, carousels, splash pools, and slingshot rides. So, whether you’re looking for small rides or scary rides, Six Flags is the place for you. Most families could spend all day at this attraction without getting bored. Like all Six Flags locations, this park is also known for its exciting holiday events. 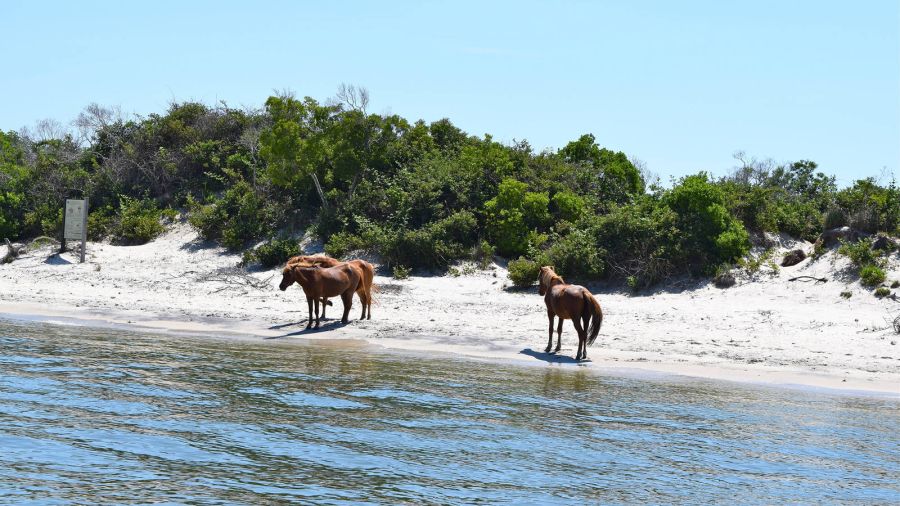 Assateague State Park is almost too beautiful to be real. It has the perfect mixture of rocky cliffs and sandy shores. But many people adore this attraction more for the unique wildlife. Eagles and horses are just some of the many animals you’ll see wandering around. Plus, this space is also a great area for camping, hiking, picnicking, biking, and kayaking. So, it’s the perfect place for you and your family to spend the day outside.

Don’t let Maryland’s small size fool you. It’s a state of many incredible places. If you’re looking for a trip that will be full of history and excitement, then you should consider going to Maryland. There are so many things to do in Maryland, so you won’t want to miss out on all the fun! 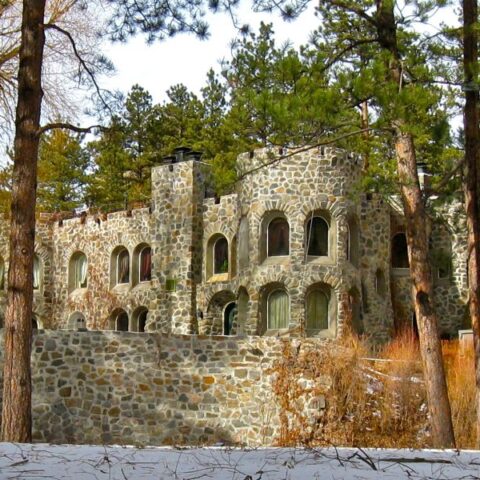 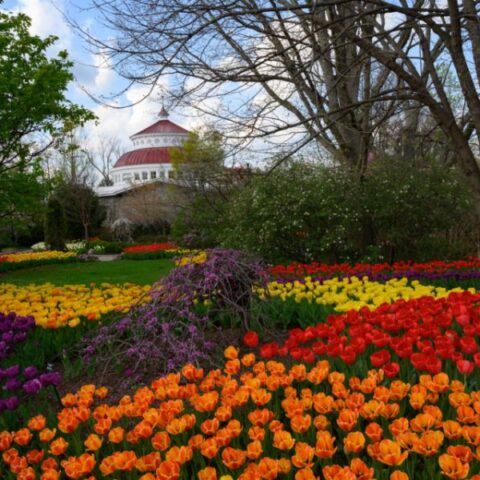 13 Fun Things to Do in Cincinnati 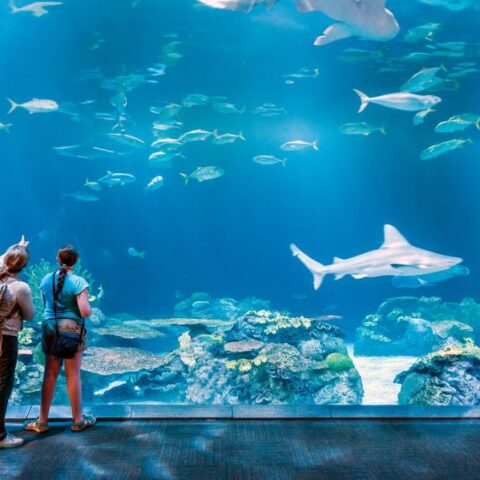 13 Things to Do in Chicago with Kids 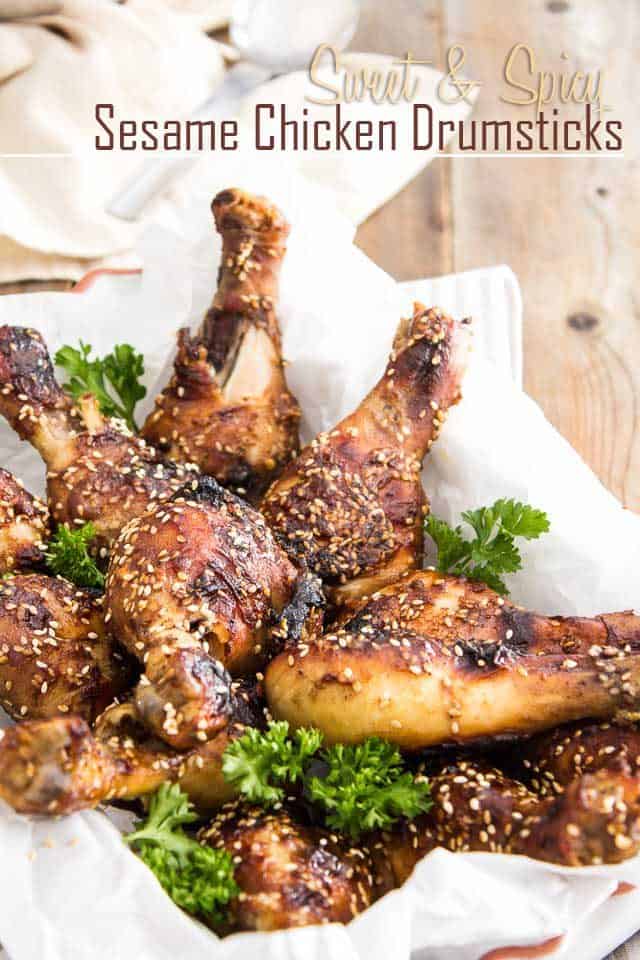 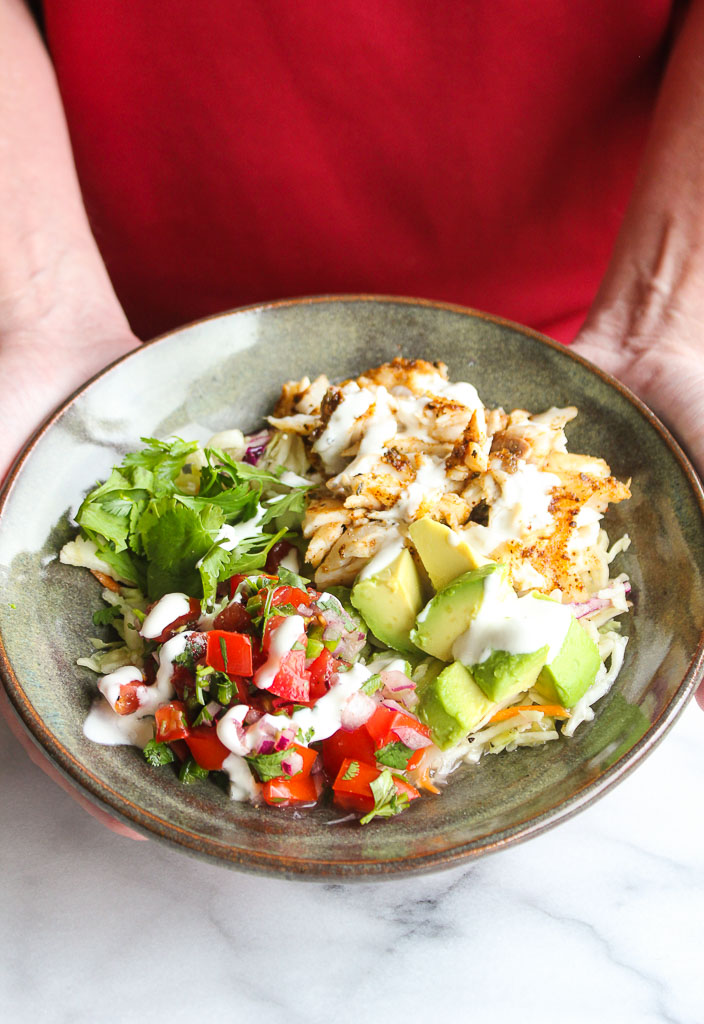 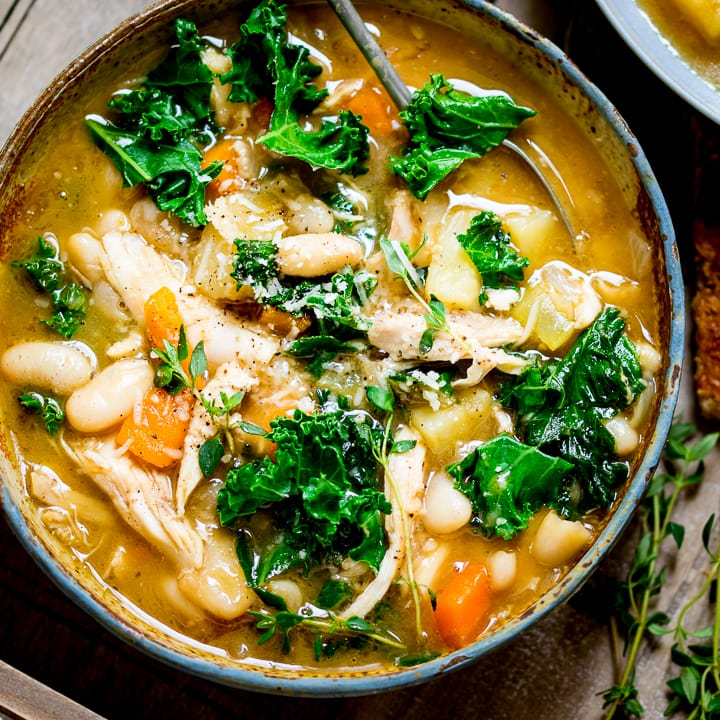 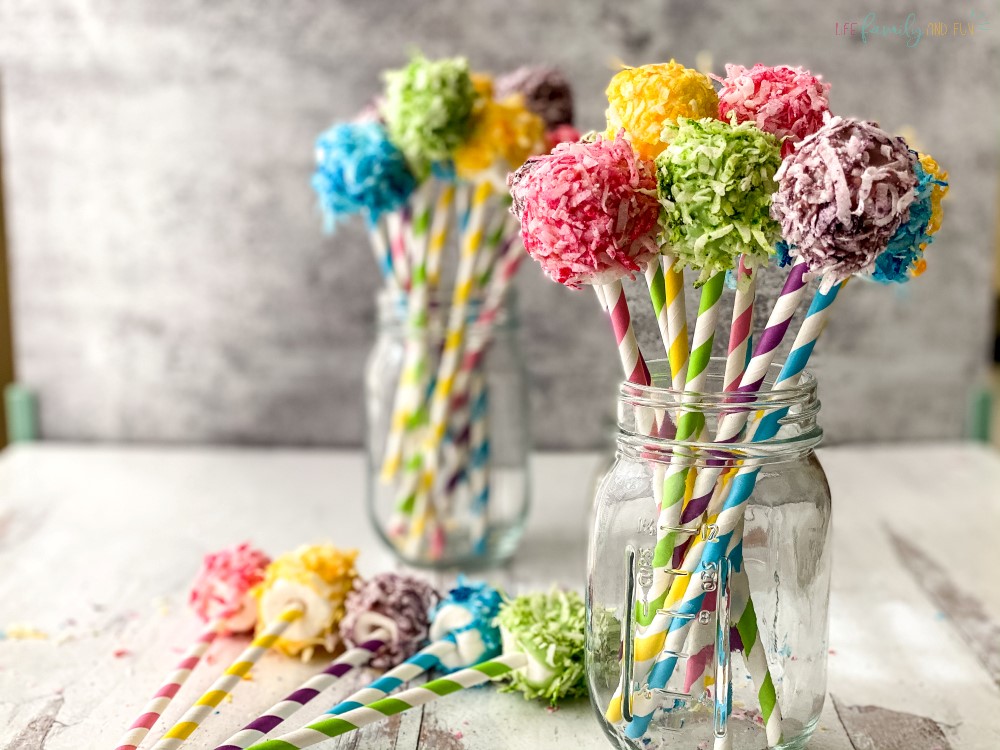 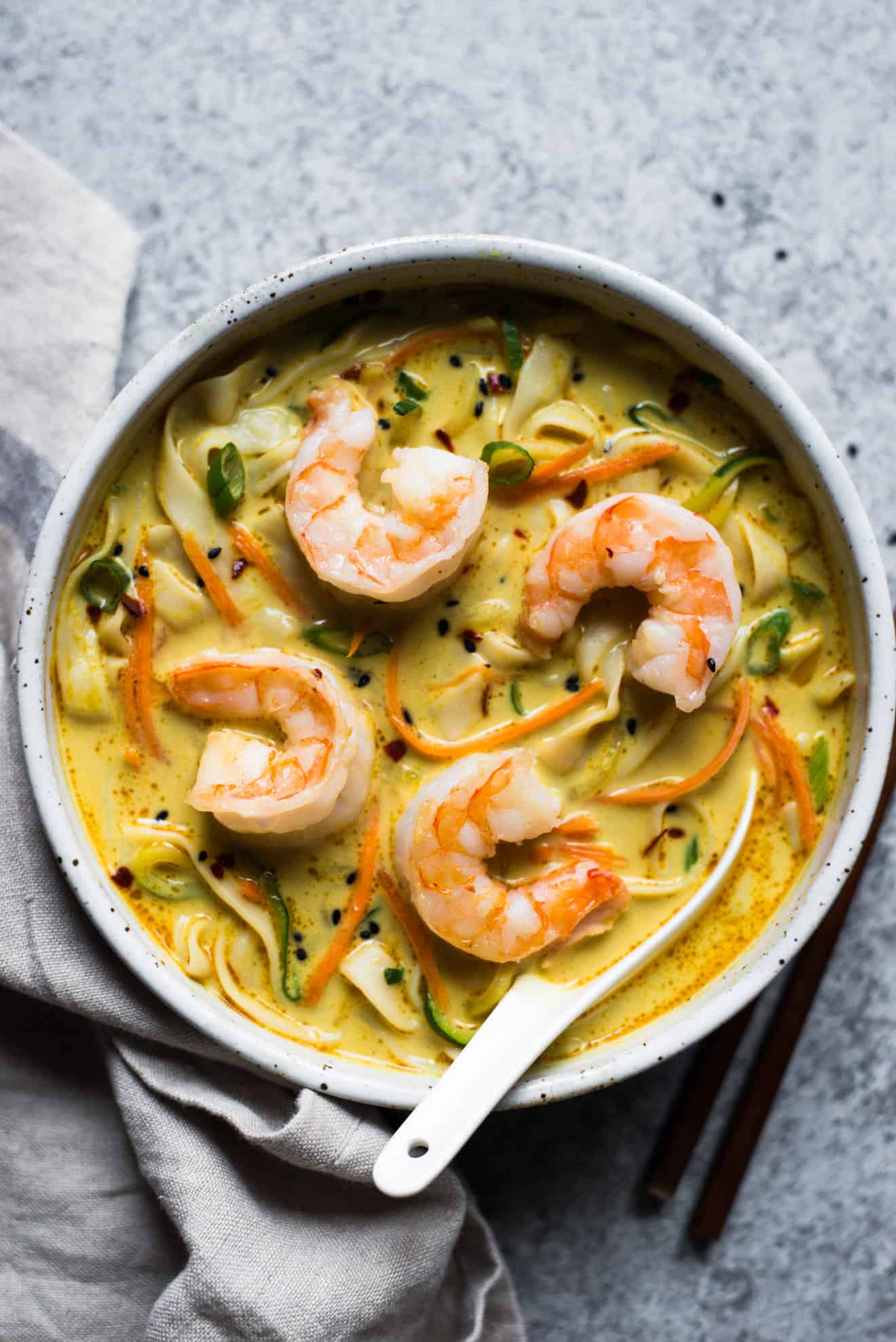