Home » 12 Fun Things to Do in Indianapolis
Family Travel
This site contains affiliate links to products. We may receive a commission for purchases made through these links.

Driving across Indiana isn’t the most exciting experience, but right in Indianapolis, there are plenty of fun things to do. Indiana’s capital city is a place full of exciting history that can be enjoyed year-round. 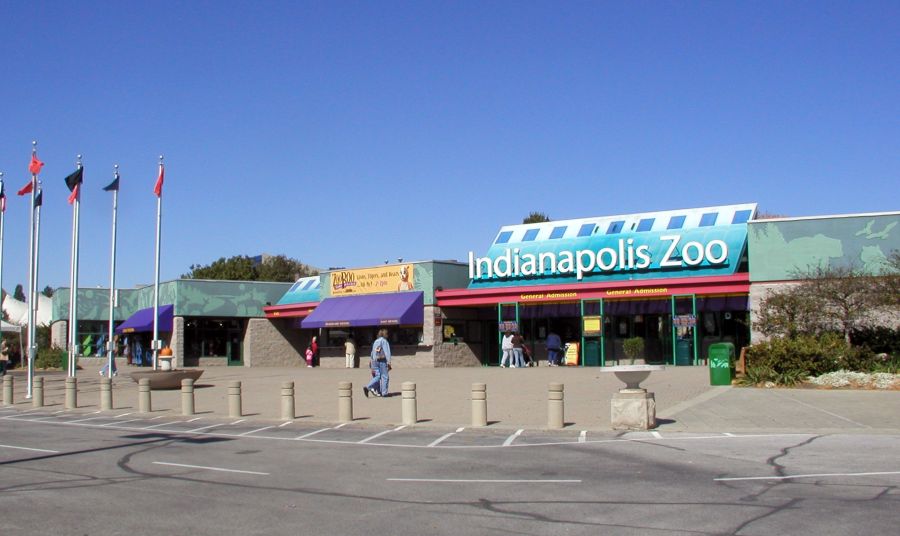 So, while many people mistake the state for only corn fields and windmills, they’re missing out on the excitement of this popular city. If you want to have a great time while also learning interesting facts, then Indianapolis is the place for you.

Here are 12 fun things to do in Indianapolis! 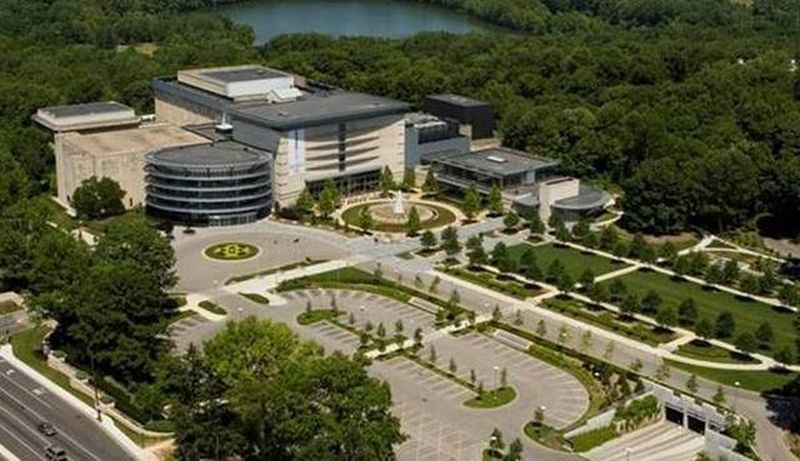 The Indianapolis Museum of Art is a massive art collection found right in the heart of the city. It has over 54,000 art pieces, including ones from Europe, Asia, and Africa. You’ll recognize some famous pieces from artists like Pablo Picasso, Georgia O’Keefe, and Rembrandt. It not only holds paintings, but you’ll also get to see textiles, ceramics, and design pieces. In addition to art, this museum also hosts a wide range of events, such as films, lectures, classes, and more. 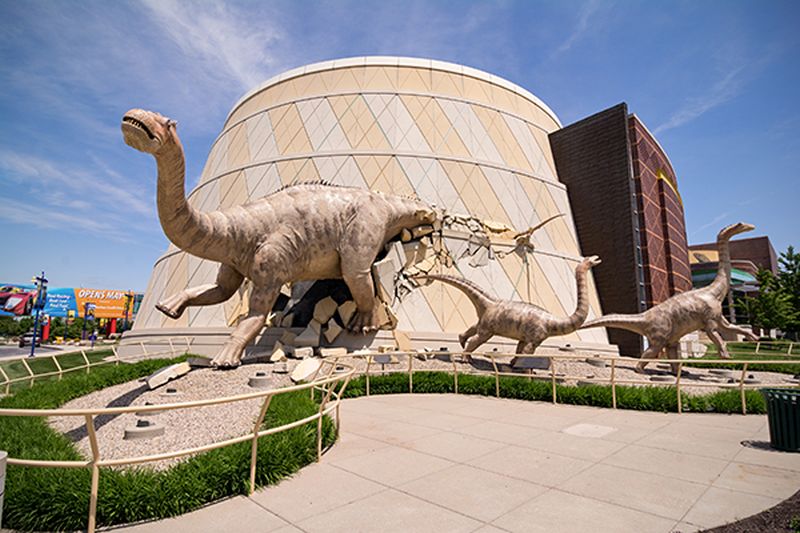 Vacations aren’t just for adults, but kids should enjoy them too! The Children’s Museum of Indianapolis is one of the most fun things to do in this city for families. Right away, kids will be drawn to it when they see the dinosaur statues climbing on the outside of the building. This museum might even be the biggest children’s museum in the world! It has a wide range of interactive exhibits, which cover topics like archaeology, transportation, culture, and science. It has five floors of unique attractions, so your kids could spend all day there if they wanted to. 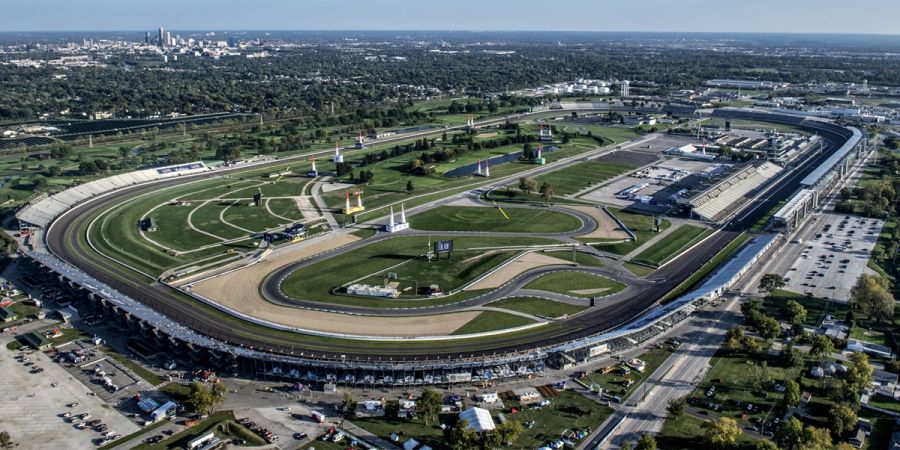 The famous Indy 500 takes place right at the Indianapolis Motor Speedway, which is only a few miles north of the city. It was originally designed as a car test track, but when a 1911 race on the track was such a success, it soon became a well-known racing spot. Today, the speedway is built to hold 250,000 people. Many people travel to Indianapolis just to see a race at this track. The Indianapolis Motor Speedway Museum is another popular attraction, which has a wide selection of vehicles and other memorabilia for visitors to see. Guided tours of the speedway are also available. 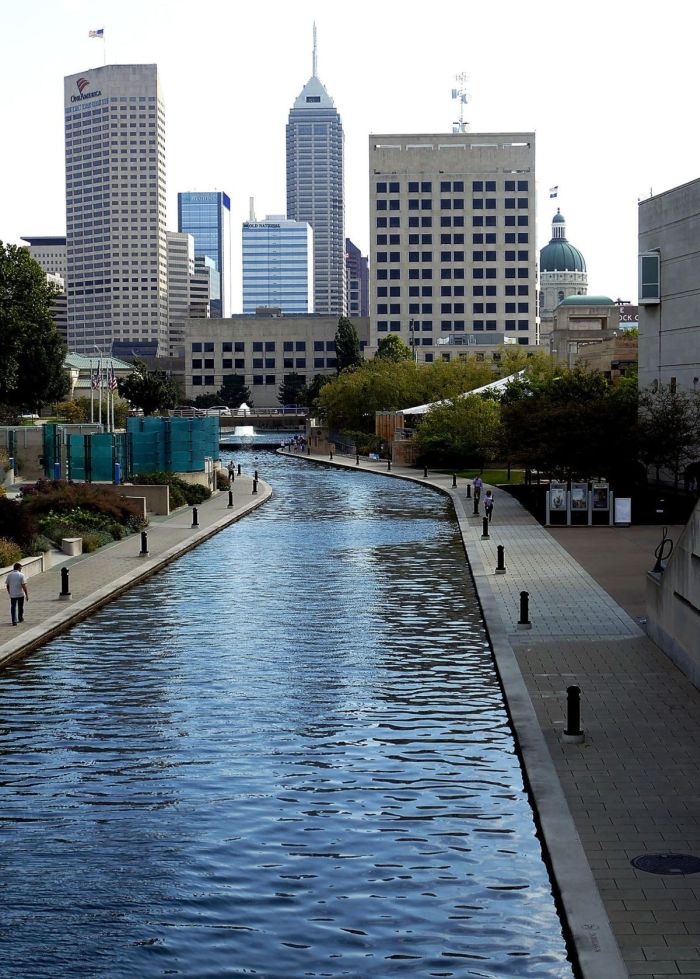 The Central Canal is a stream of water that runs right through the city and through the White River State Park. It was once an industrial waterway, but now it’s more popular for tourists, who can take kayaks and paddle boats out on it. However, if you prefer to stay out of the water, there’s also a three-mile path along the canal on both sides of the water. It passes many of the city’s attractions, shops, and restaurants. So, this area will give you a glimpse at everything the city has to offer. 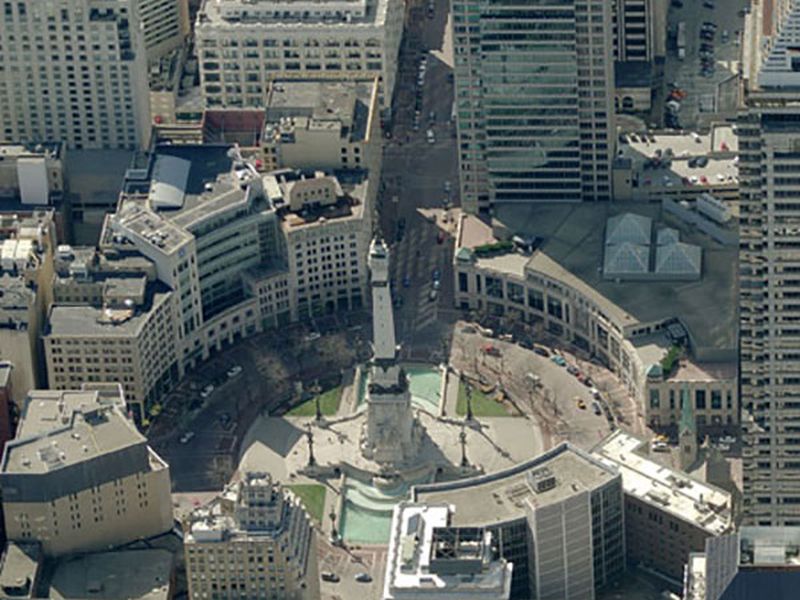 You’ll find Monument Circle right in the center of Indianapolis. It’s a gorgeous circular green space with 284-foot tall monument in the middle. It was built to honor the soldiers and sailors who fought for our country. When you first arrive in Indianapolis, this is a good place to stop. It’s surrounded by many of the city’s attractions, and it has some ideal photo opportunities. And of course, you’ll get a chance to pay your respects at these massive monuments. 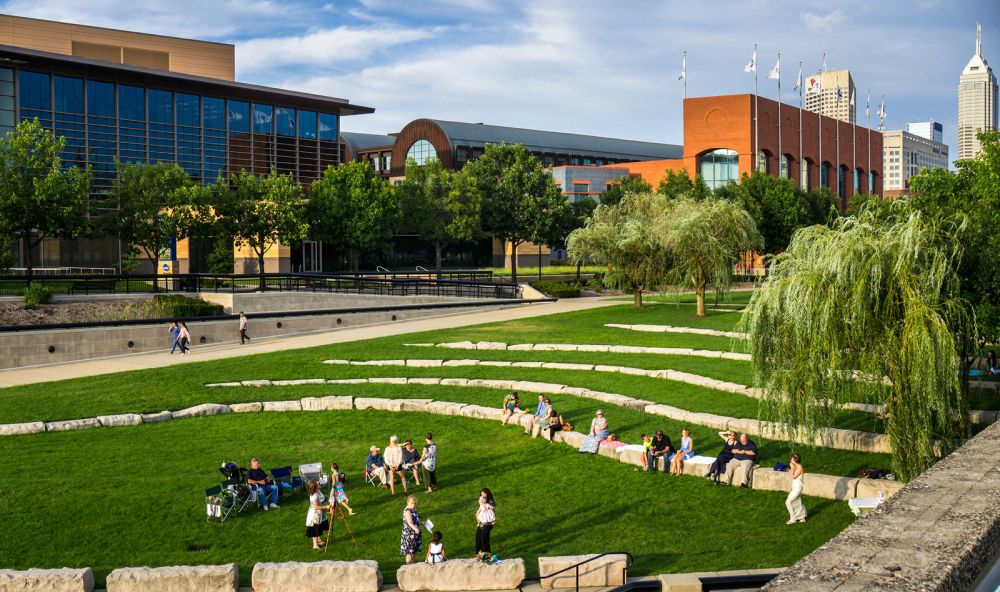 If the weather is nice during your trip, then you’ll have to visit the White River State Park. It’s a relaxing break from the chaos of the city. It’s one of the best parks in the state, and it covers about 250 acres. It has lots of trails, including the path along the Central Canal. It also has plenty of spots for picnics and other relaxing outdoor activities. It’s within close proximity to other attractions, such as the zoo and the Indiana State Museum. So, instead of driving around, take a peaceful walk through this green space to get from one activity to the next.

The Indianapolis Zoo is one of the most fun things to do in the city for animal lovers. It’s located right in White River State Park and it’s home to over 3,800 animals and 320 unique species. You’ll find ocean environments, a plains area, and even a forest habitat. So, the animals at the zoo are living as closely to their natural environments as they can. In addition to the animal exhibits, the zoo also has a botanical garden and a playground for guests. Thus, it’s an attraction that all ages can have a blast at. 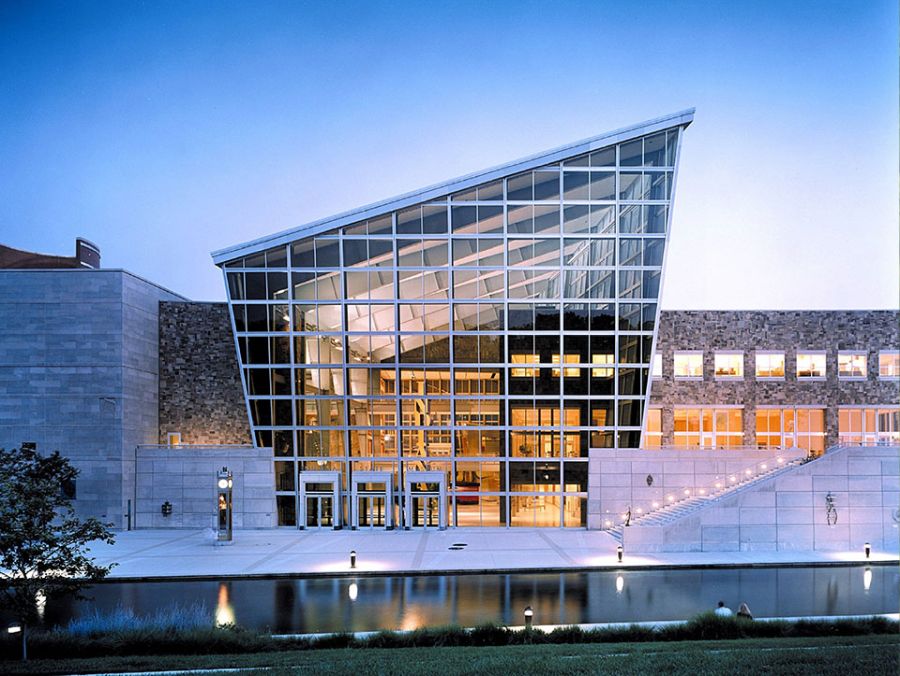 Like the Indianapolis Zoo, the Indiana State Museum is also located at the White River State Park. This unique museum is full of everything you need to know about Indiana’s history. It covers topics like natural history, geology, and extinct creatures. Some interesting exhibits you’ll find are an ice tunnel you can walk through, an interactive lab, and puppet shows. The museum has three floors and lots of impressive architecture that’s exciting to explore. It’s much more than just your average history museum, and all ages can enjoy it. 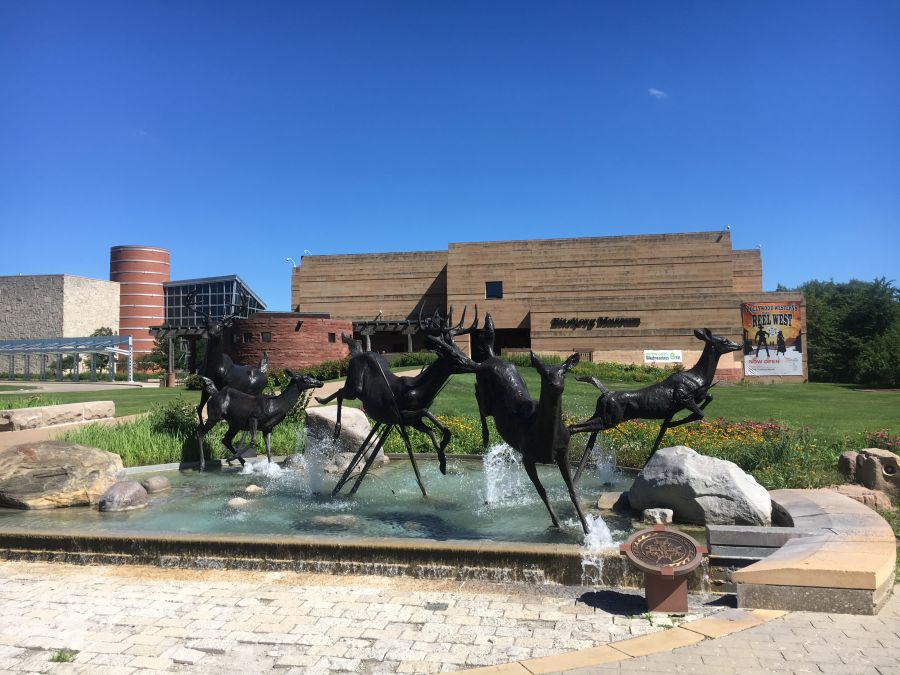 If you love art and culture, the Eiteljorg Museum is an excellent place to stop. It’s full of a wide range of art pieces and everyday objects from Native American and Western cultures. It’s one of the best of its kind in the world, with many known artists, such as Andy Warhol, Charles Russell, and Georgia O’Keefe. It has a diverse range of subjects for all audiences to admire. It has pieces from the 19th century and onward, so there’s plenty to look at. 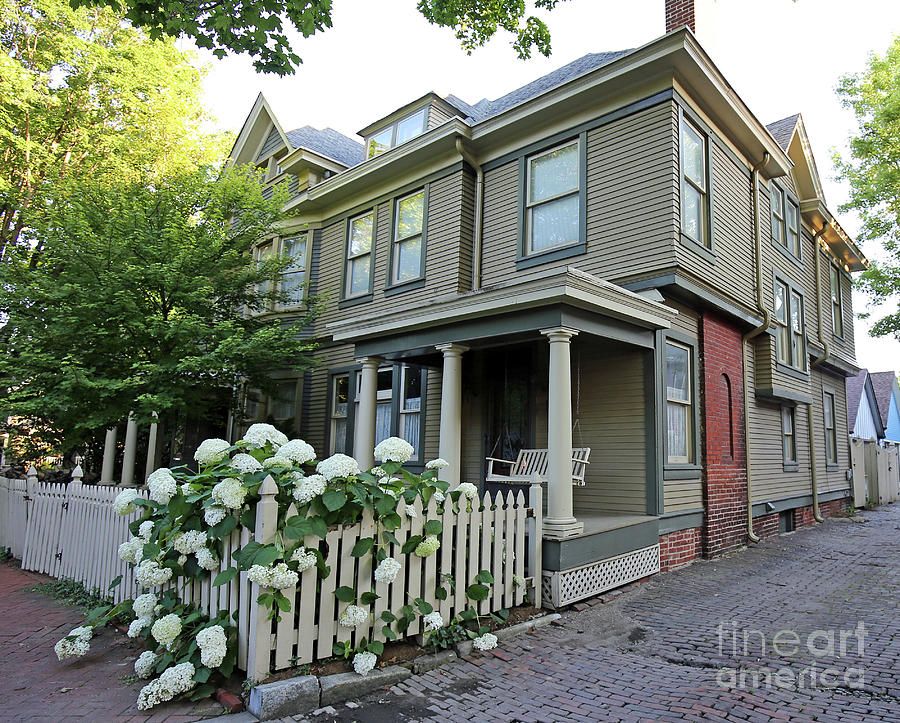 If you’ve dreamed of going back in time, the Lockerbie Square Historic Site is one of the best places to do it. It’s home to 25 residencies, all of which were built between 1855 and 1930. Every structure has been well-preserved to this day. You’re welcome to explore the area on your own, but with the many tours available, you’ll be able to learn lots of history about these older homes. One of the most famous buildings you’ll see on the tour is the James Whitcomb Riley Museum Home. It’s where the famous poet lived for a good portion of his life. This area is much more laid-back than the city, but still just as fun to explore. 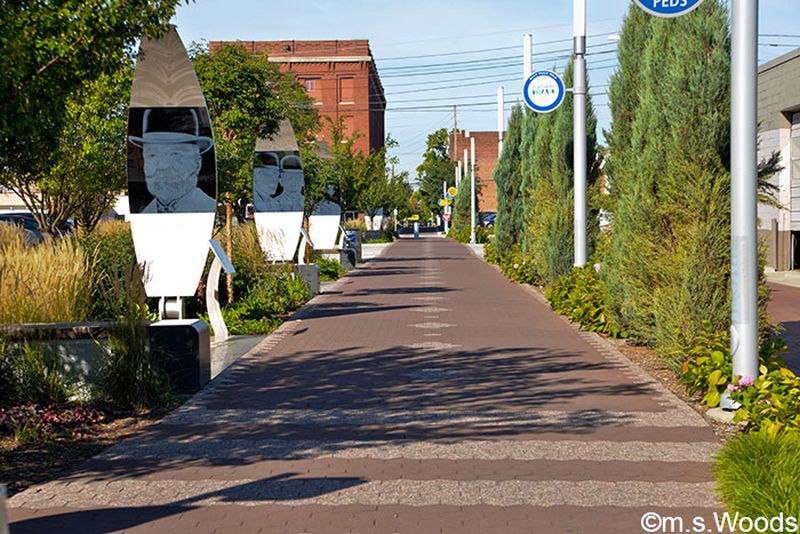 The Indianapolis Cultural Trail is one of the most fun things to do in the city because it allows you to explore without missing any of the major areas. It’s an eight-mile walking and biking path that connects all the significant neighborhoods and cultural areas. Along the way, you’ll pass many of the city’s shops, dining options, gardens, artwork, and other forms of entertainment. It’s the ideal sightseeing adventure for a sunny day. 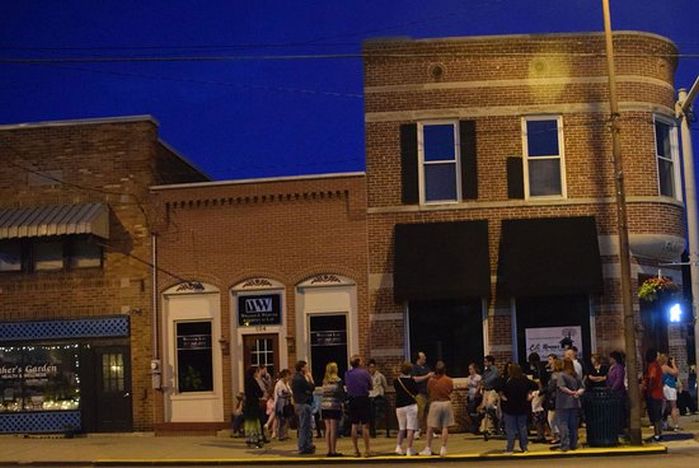 While many people love the relaxing side of vacations, others prefer mystery, fear, and excitement. The ghost tours are the perfect way to keep you on your toes during your trip. Unseenpress.com, Inc. is a company that specializes in Indiana ghost tours. These tours will take you around the city while sharing history and folklore related to ghosts. You’ll get to see some of the most haunted places in the city, so it’s not for the easily scared. The Underground Railroad Tour is one of the most popular options.

Are you looking to learn a thing or two while also having the time of your life? Indianapolis is a popular vacation destination right in the Midwest. So, if Indiana is the next trip for you, be sure to consider these 12 fun things to do in Indianapolis. 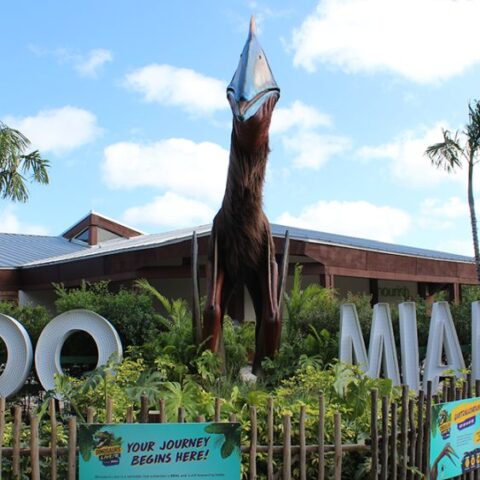 12 Fun Things to Do in Charlotte, North Carolina 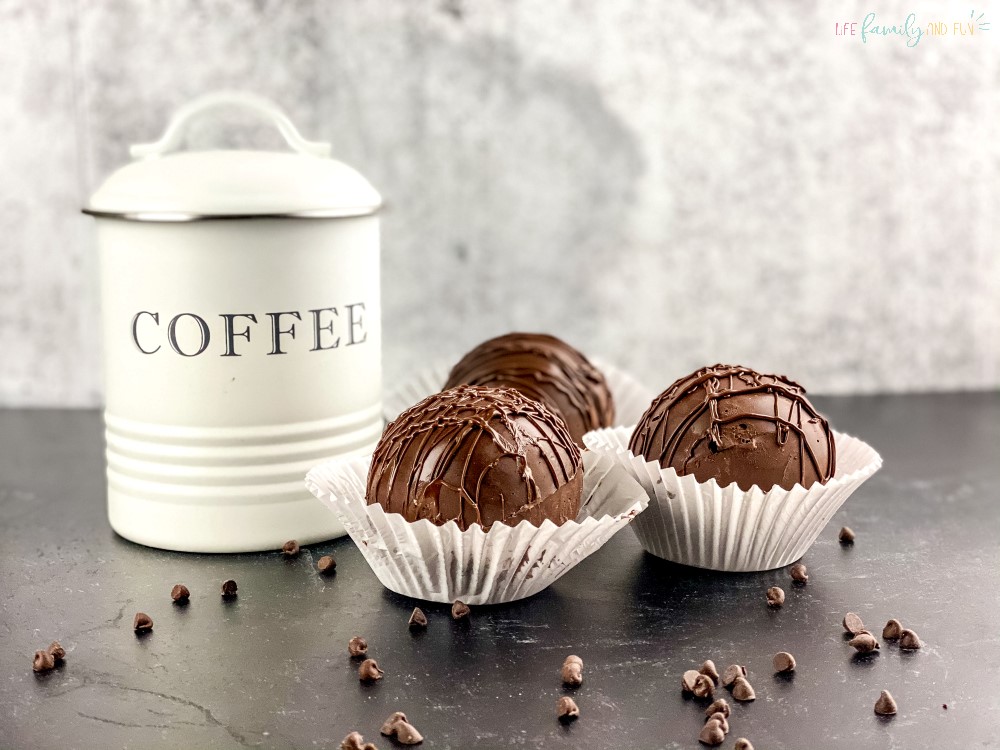 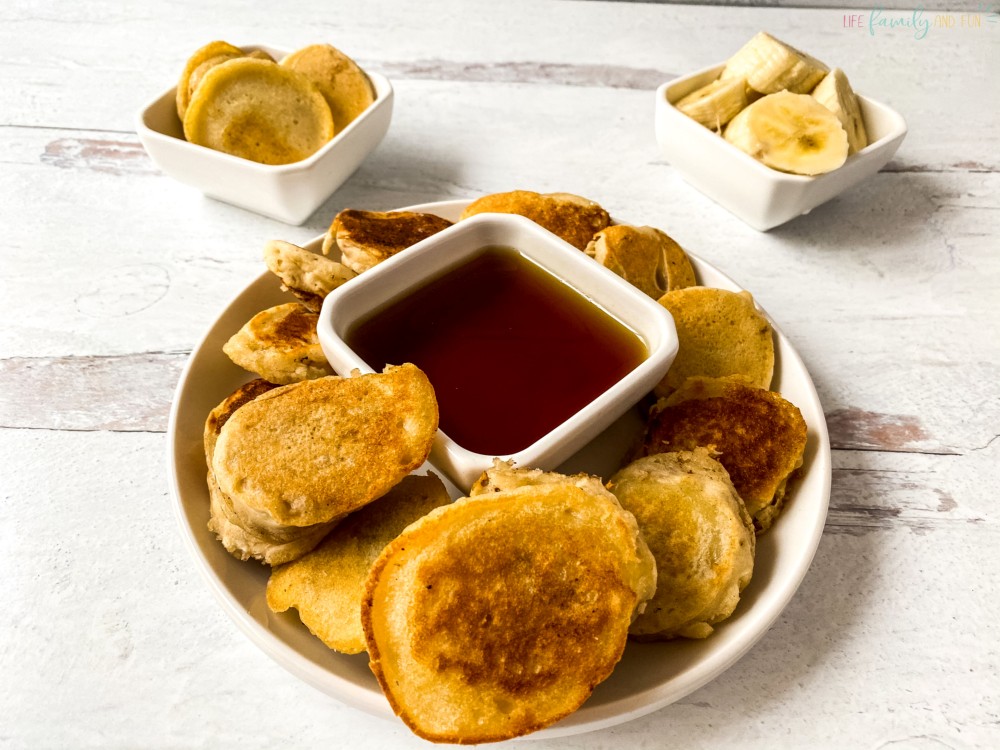 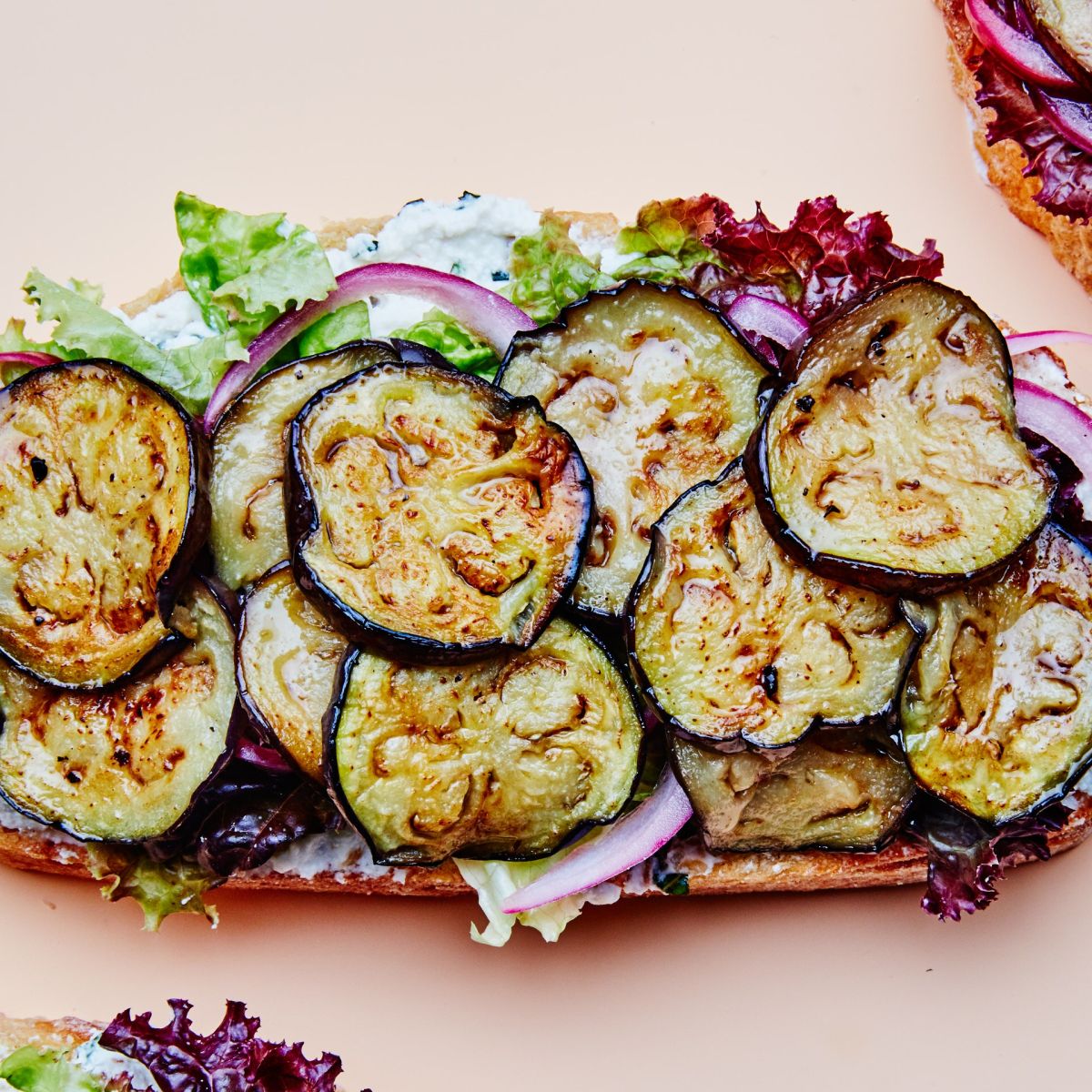 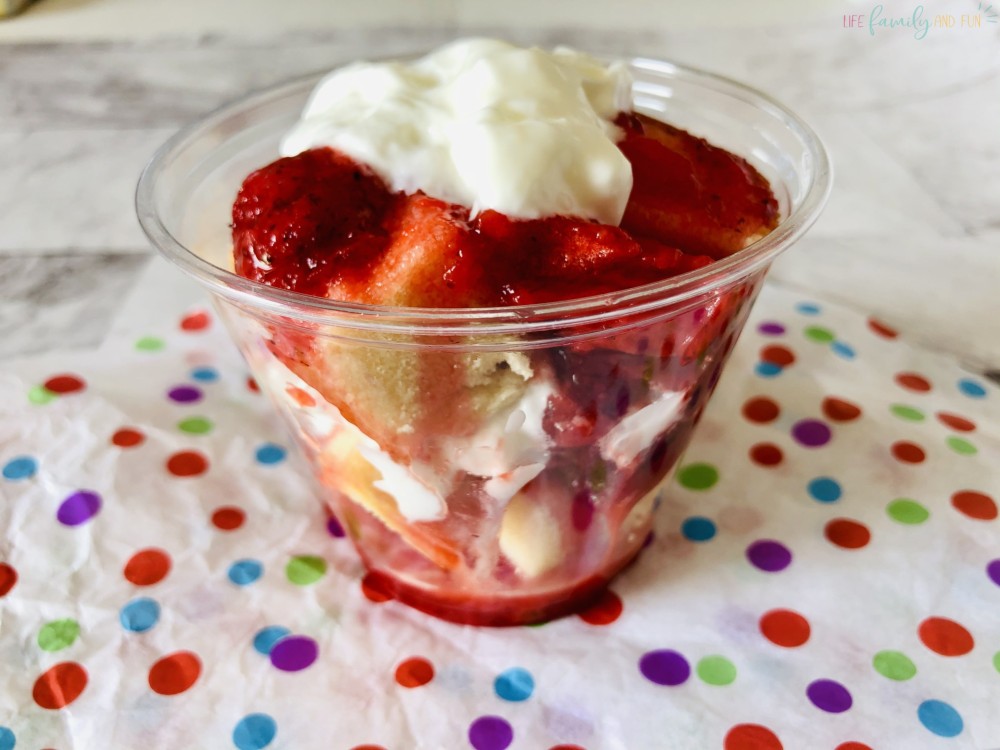 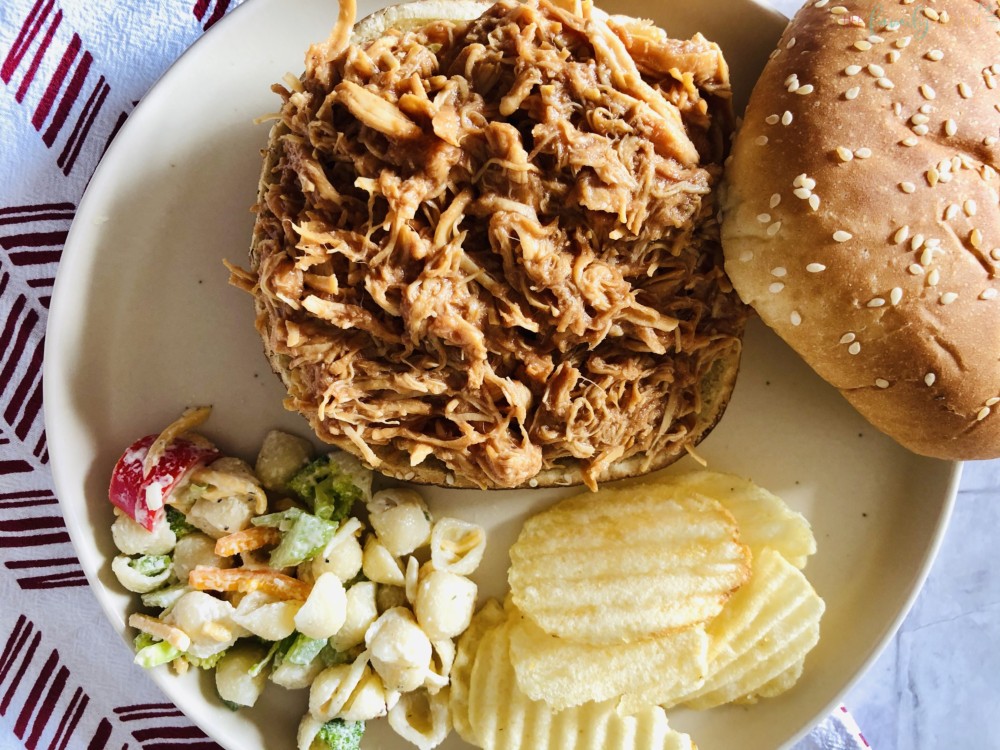 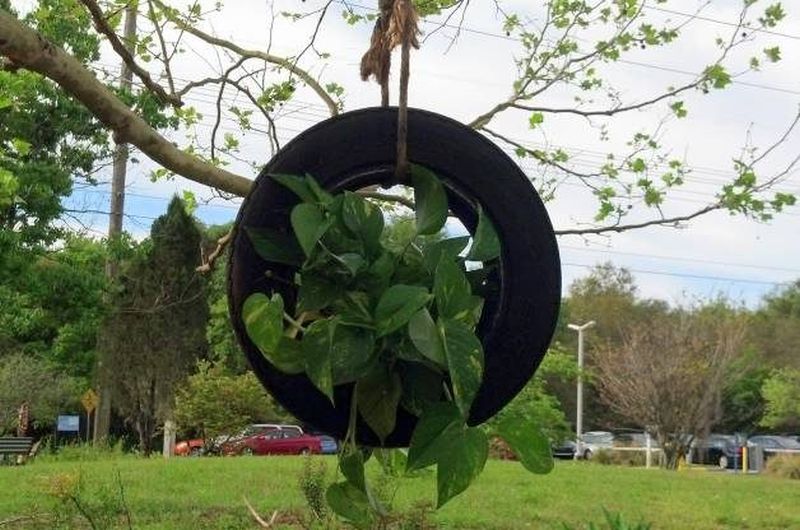 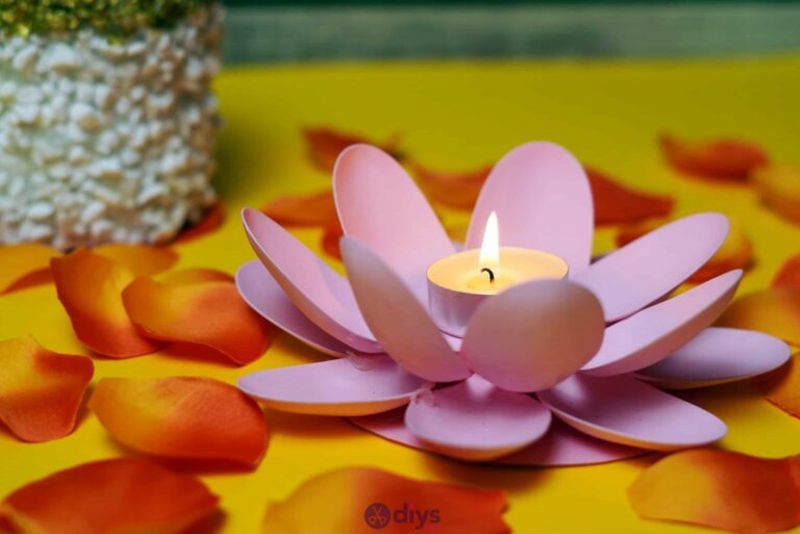