Danielle Trzcinski has been performing musical theatre, film, comedy, improv, and stand up for years. You may recognize her from SPANK! The Fifty Shades of Grey Parody, where she played the lead role Anastasia. She graduated from Florida State University, and has a love for comedy, producing, performing, writing, and travel.
Let’s get to know Danielle Trzcinski a little more with her role in “Little Black Dress” the musical.

Q & A With Danielle Trzcinski

What can audiences expect when they come to see “Little Black Dress” the musical?
This is the perfect night out on the town to spend with your best girlfriends or a fun date night!  You can expect non-stop laugher, catchy tunes, a very sexy a man, and some hilarious audience participation!
Audience Participation?
Yep! There’s a few times in the show we go into the audience and do some improv. It ends up being everyone’s favorite part of the show because what people say and do is more spontaneous and fun than anything we could ever write. So many people think they are plants, but – spoiler-  they are not!  That’s what makes every show so unique, because every night is a different show.
What inspired you to write this show?
The idea was born when I was on tour as an actress with “Spank! The Fifty Shades of Grey Parody” along with actress Amanda Barker. We are both writers and realized while touring there was an audience out there hungry for a fun night out – women! So, we decided to write our own girls’ night out show where the female characters are strong, smart, and funny!
What has been your favorite part of Little Black Dress? Writing, Acting, Producing?
I love collaboration and being creative so writing and acting have certainly been my favorite parts – especially since I have such amazing writing partners and cast mates.  I wasn’t planning on being a producer until so many producers (mostly male) kept turning down the show saying, “I don’t know what a little black dress is. How are women going to know this is a show for them?!” 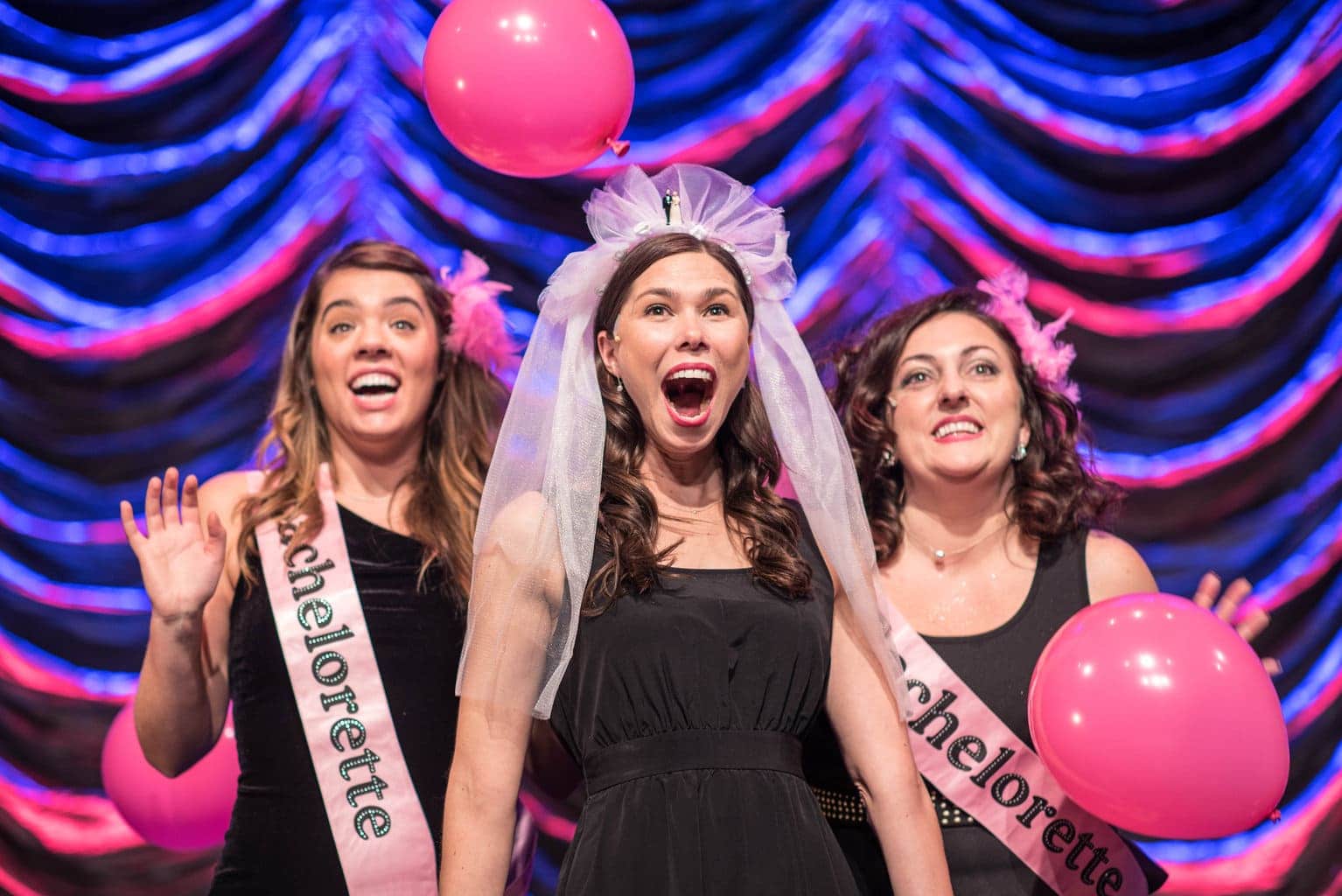 Finally after months of pitching, I decided to produce it myself. It’s certainly been a lot of work, but when I look out into the audience and see this sea of women wearing little black dresses laughing and loving the show, all the hard work has been worth it.
What do you want people to know about Little Black Dress?
This is a show written by women for women. So many women will come up to us after the show and will say “Thank you! I needed this. I haven’t been out since I had my kid.” or ” I’ve been taking care of my 98 year old mother and can’t remember the last time I got dressed up and laughed.
This show made me laugh and gave me the feels.” I feel like as women we are so busy taking care of everyone else, we never take the time to celebrate ourselves. Little Black Dress is the perfect excuse to grab your girlfriends, some drinks, and your LBD because we all have one in the back of our closet- hopefully though, it still fits! Haha!
Are there plans to continue touring through next year?
Yes! We have been all over the country (and even Canada) with “Little Black Dress”.  The response has been so incredible that we have dates booked through 2020.

Gather up all the girls and get your tickets now to The Little Black Dress, the Musical performing at The Earl and Rachel Smith Strand Theatre! This show is playing in Marietta July 10-14th and is one that you just can’t miss.

There’s certain to be laughter, suspense, drama and maybe even a few relatable tears…because sometimes ladies, all we need to put on to feel special is our own little black dress.

Written by all females (Danielle Trzcinski (SPANK! The Fifty Shades Parody!), Natalie Tenenbaum (Tony-nominated Mean Girls Broadway) and Toronto natives Amanda Barker (Sirius XM’s Canada Laughs), and Christopher Bond (DISENCHANTED, Evil Dead The Musical!), this hilarious comedy is one that just screams Girls Night Out.
(Due to the nature and language of the content, this show is recommended for ages 19+)