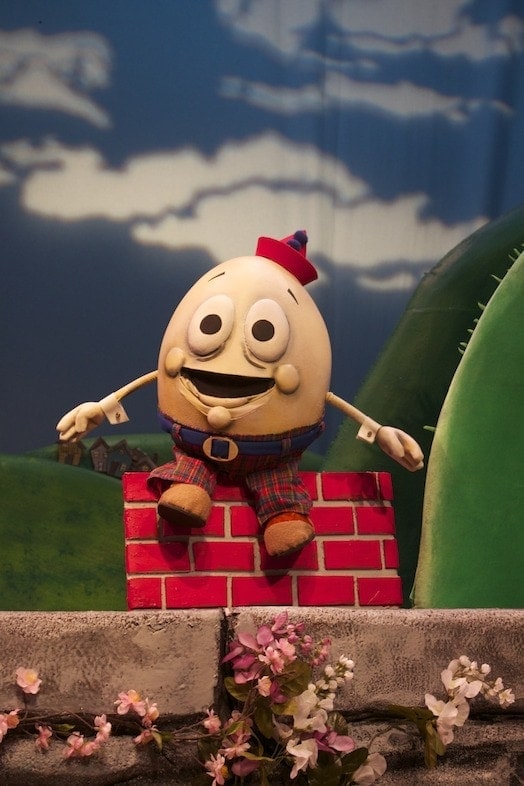 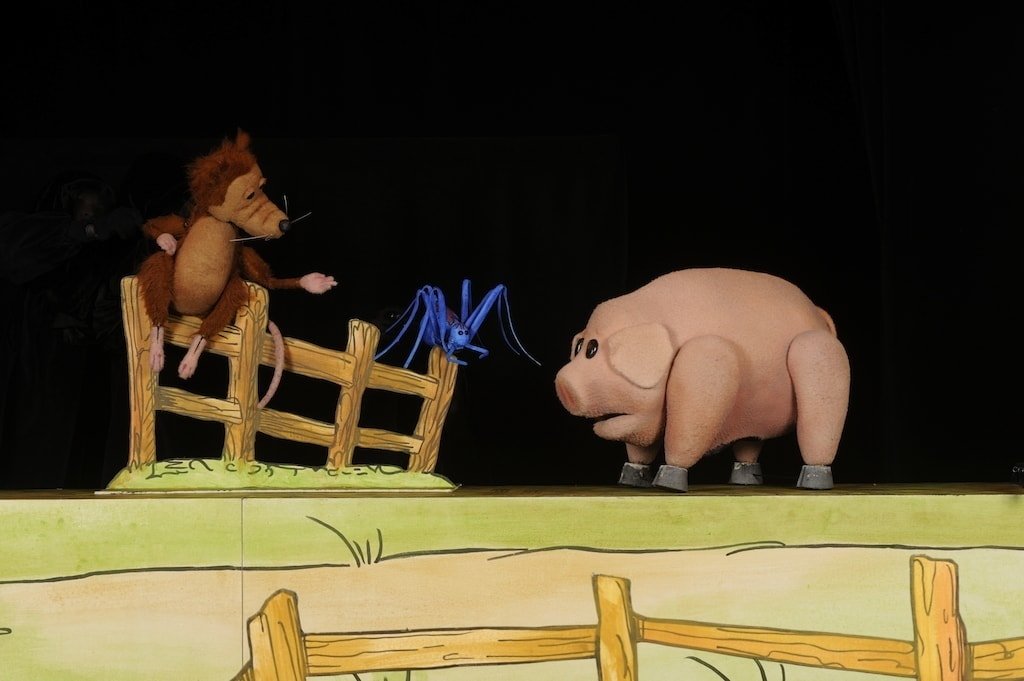 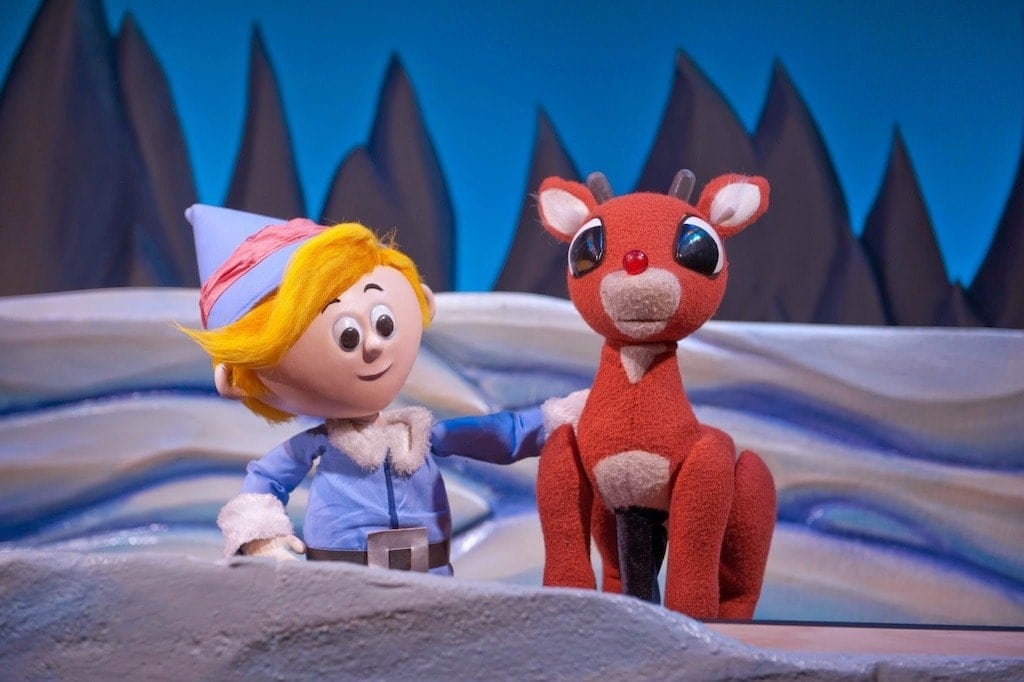 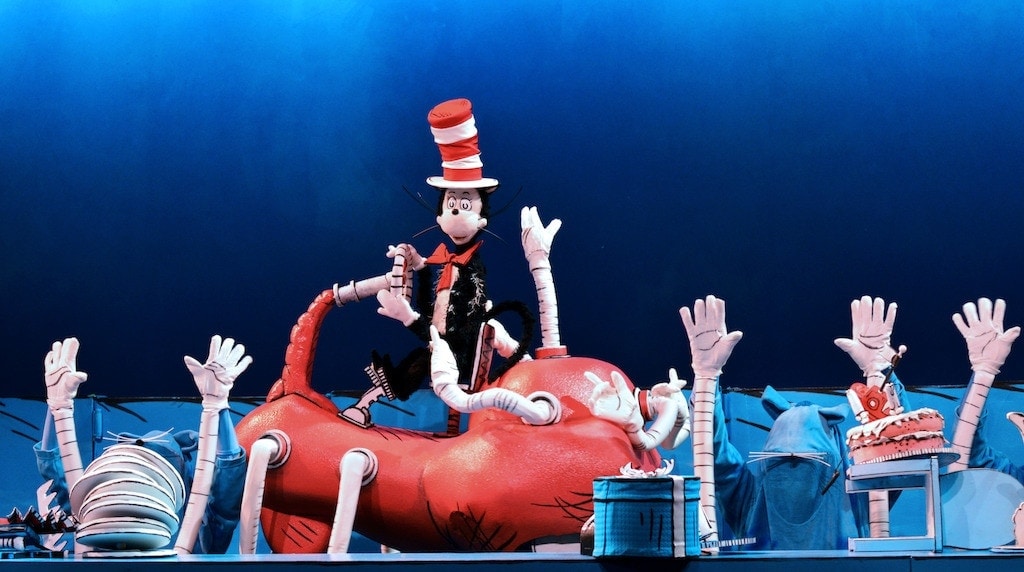 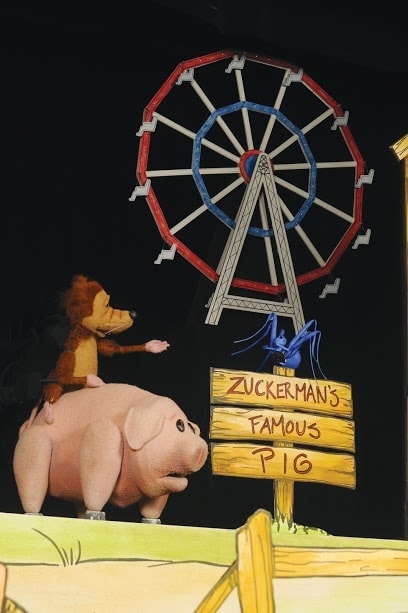 My family and I love the Center for Puppetry Arts® in Atlanta.  It is one of our favorite places to visit, and we are looking forward to their 2017-2018 line-up.  Our contributing writer Kristi Crisler recently went with her daughter to see Mother Goose. Mother Goose is performing through September 17.

Kristi shares, “I had the opportunity to take my preschool daughter to the Atlanta Center for Puppetry Arts to see Mother Goose. We arrived a few minutes early and were able to take advantage of the pre show activities which included coloring and making a puppet that we actually got to use during the show!

My daughter was so excited about the show so we took our seats in the downstairs theater which is a little smaller and more intimate than the main theater we attended for a previous show. The stage was decorated with vibrant colors and was set in “Rhymeville” where Mother Goose is the Mayor. The approximately 45 minute show engages the audience while Mary Mary tries to find Mother Goose who has gone missing. All of the nursery rhyme characters have forgotten their rhymes because the Mayor is missing so she must be found quickly! We enjoyed singing, finding clues, and using our puppets during the show.

After the show we went to the puppet studio where we made our very own “cow jumping over the moon” shadow puppet. We also had time to visit the Worlds of Puppetry Museum which not only had all types of puppets on display but also a fascinating Jim Henson exhibit that appeals to young and old alike.”

Don’t miss upcoming performances at the Center for Puppetry Arts® the remaining 2017 and also upcoming 2018 season. Plus scroll to the bottom for a giveaway for Charlotte’s Web.

The Three Little Pigs and More

Nov. 7-Dec. 31, 2017
Based on the classic television special
Adapted by Jon Ludwig

The Adventures of the Gingerbread Man

The Wizard of Oz

Dr. Seuss’s The Cat in the Hat

March 20-May 13, 2018
Based on the book by Dr. Seuss
Play originally produced by the National Theatre of Great Britain
Adapted and originally directed by Katie Mitchell
Center for Puppetry Arts production directed by Jon Ludwig

Sept. 30, 2017
Screening & talkback with Cheryl Henson and the filmmakers

Feb. 3, 2018
Screening and talkback with one of the directors

I Am Big Bird

The Women of the Muppets

TICKETING
Tickets prices vary for performances and other programs. Prices are available at PUPPET.ORG or by calling 404-873-3391.

MEMBERSHIP
The best way to experience the Center is by becoming a Member. Members receive up to 50 percent off tickets to performances and enjoy benefits like free museum entry, free films and priority seating. For more information to go PUPPETJOIN.COM or call the membership office at 404-881-5151.

1 Winner: Southern Family Fun has a Family 4-Pack to Charlotte’s Web at Center of Puppetry Arts Sept 24 at 3 p.m. or Sept 30 at 1 p.m. Please enter via the rafflecopter below.