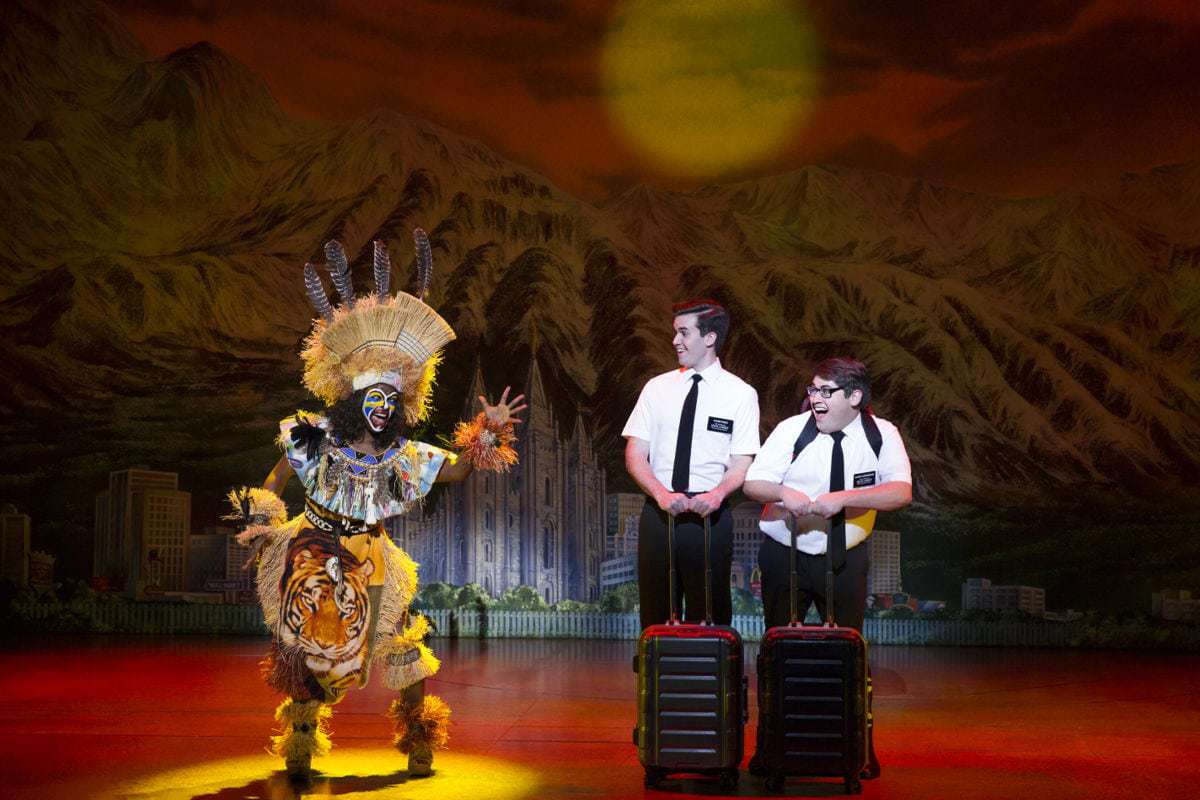 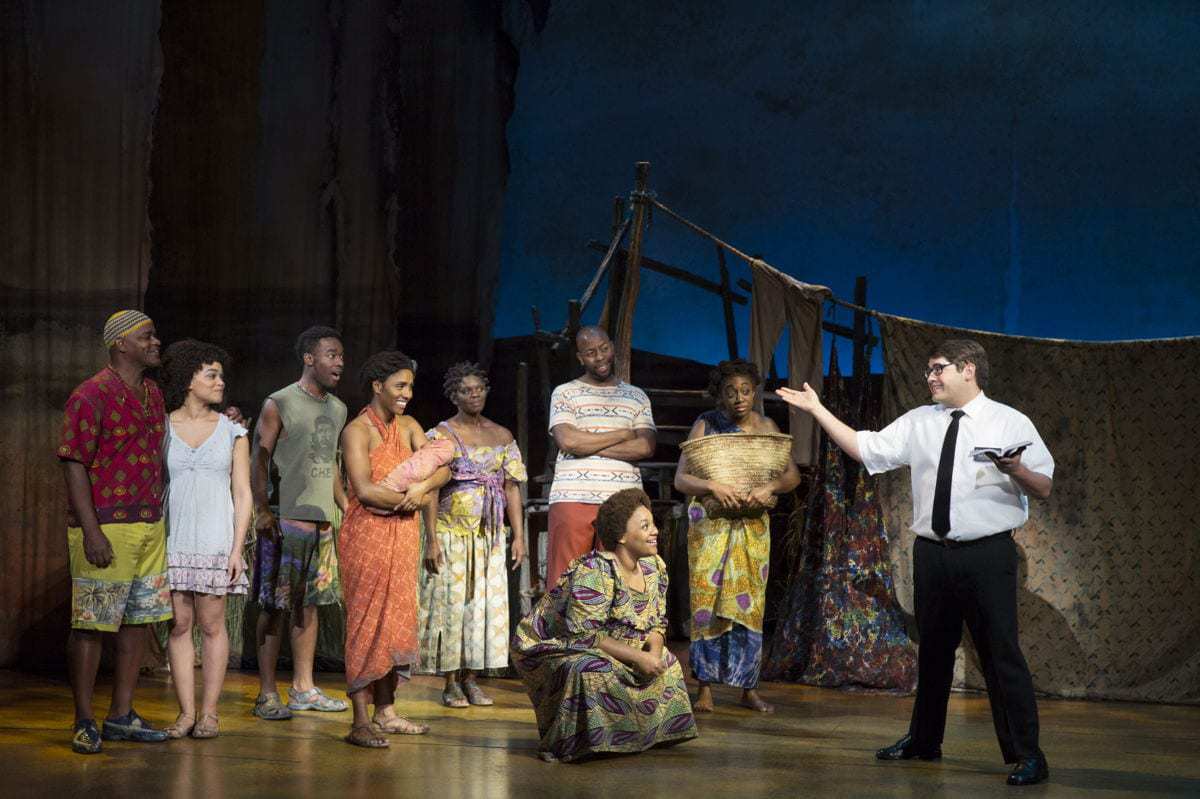 The Book of Mormon has been nominated for nine Tony Awards including Best Musical, five Drama Desk Awards, the 2011 Grammy Award for Best Musical Theater Album, four Outer Critics Circle Awards, and the Drama League award for Best Musical. THE BOOK OF MORMON will play at Atlanta’s Fox Theatre July 17-22.  I was provided complimentary tickets for my review but all opinions are my own. Please note, this is not a family-friendly show.

The Book of Mormon Synposis:

The enthusiastic and devoted Elder Price has dreams of being sent somewhere exotic and exciting for his mission like Paris or even better, Orlando.  The socially awkward Elder Cunningham is just looking for a friend and will go to great lengths to be accepted. The mismatched pair are underwhelmed with the news that they will be spending two years in the African country of Uganda. The story unfolds as the two embark on their assignment to convert and baptize as many people as they can while they are there.

The Book of Mormon Features:

THE BOOK OF MORMON features book, music and lyrics by Trey Parker, Robert Lopez and Matt Stone. Parker and Stone are the four-time Emmy Award-winning creators of the landmark animated series, “South Park.” Tony Award-winner Lopez is co-creator of the long-running hit musical comedy, Avenue Q.  The musical is choreographed by Tony Award-winner Casey Nicholaw (Monty Python’s Spamalot, The Drowsy Chaperone) and is directed by Nicholaw and Parker.

The Book of Mormon Is Winner of Nine Tony Awards:

The Book of Mormon Set, Costume, and Lighting:

The Original Broadway Cast Recording for THE BOOK OF MORMON, winner of the 2011 Grammy Award for Best Musical Theater Album, is available on Ghostlight Records.

Let me begin by clarifying that this is most definitely not a family friendly show. It’s also not for the easily offended no matter what your age. Now that we’ve cleared that up The Book of Mormon is an irreverent, raunchy, crude, comedy that had me laughing out loud. The fact that it was written by the hilarious Matt Stone and Trey Parker, the creators of South Park, helps explains why this hit musical-comedy is making its third appearance at Atlanta’s Fox Theatre.

Before the show, I had no idea what the show was about but my theatre savvy 16-year-old son and I listened to the soundtrack on the drive to Atlanta. The tunes are incredibly catchy and I was completely engaged the entire show whether it was singing along or my jaw dropping to the floor at the satire. Everything about the show is politically incorrect and offensive on many levels but if you appreciate quality theater, superb acting, and a few good laughs at others expense then I recommend checking this show out while it’s in town.

The Book of Mormon performance schedule is as follows:

Tickets start at $33.50 and are available by visiting FoxTheatre.org by calling 1-855-285-8499 or visiting the Fox Theatre Box Office (660 Peachtree St NE, Atlanta, GA 30308). Group orders of 10 or more may be placed by calling 404-881-2000. Performance schedule, prices and cast are subject to change without notice. For more information, please visit BookofMormonTheMusical.com or BroadwayInAtlanta.com.